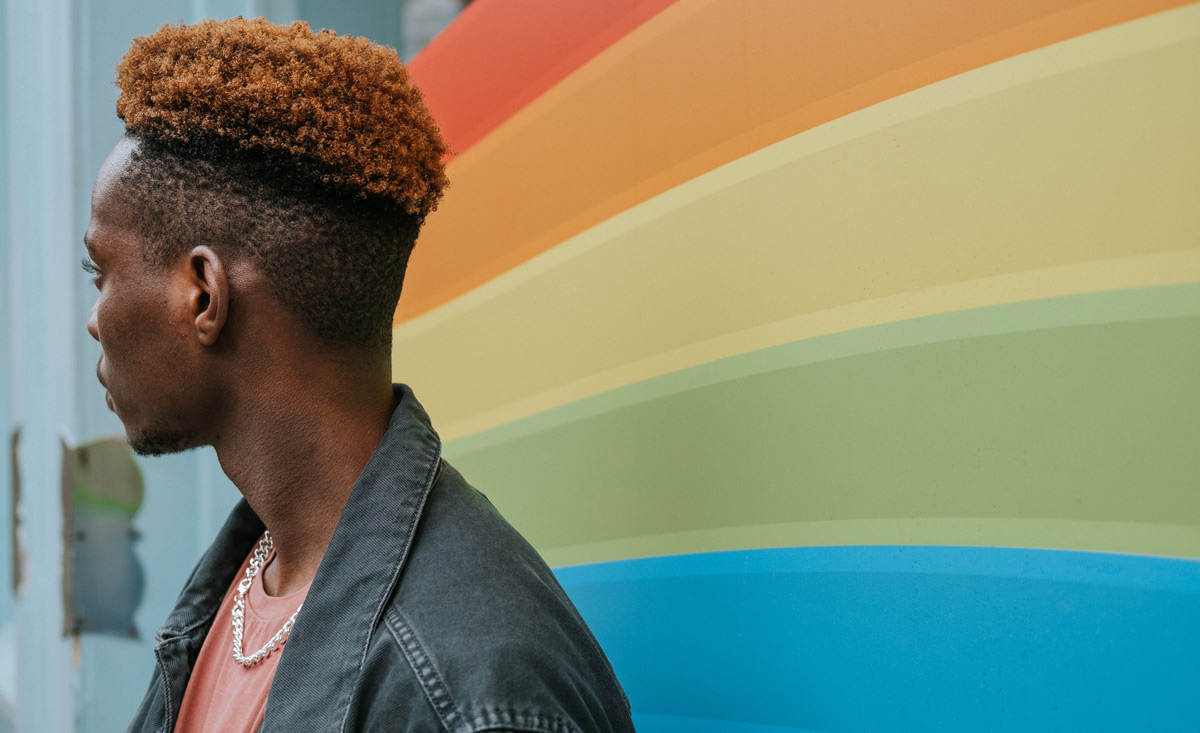 How the term ‘groomer’ got weaponised by the anti-LGBTQ community

The internet has become an integral source of LGBTQ+ education for young individuals as well as a vital gateway to connection between people needing these communities in the first place. But online abuse is rising, especially amid the wave of legislation to limit classroom instruction of LGBTQ+ issues. Prominently, and historically, the bigoted slurs thrown at queer people and their allies accuse them of being ‘paedophiles’ who are perpetuating their ‘homosexual agenda’ by “grooming” children.

Such a clearly unsubstantiated, homophobic and transphobic statement has yet to dissipate, actually growing in use just this year—a terrifying and worrying emblem of an increasingly dangerous society for LGBTQ+ people everywhere. The term “groomer” is now the latest anti-queer slur being used among the right-wing crowd but what exactly is grooming, and how are culture wars snowballing within LGBTQ+ communities?

What is a groomer?

The term grooming, the National Society for the Prevention of Cruelty to Children defines, is when “someone builds a relationship, trust, and emotional connection with a child or young person so they can manipulate, exploit and abuse them.” Though it typically, and correctly, has been used to describe how sex offenders initiate contact with their victims, it has since become a weaponised buzzword used to target trans kids.

The violent verbal onslaught attacking queer youth was in part ignited by the ‘Don’t Say Gay’ bill, whereby teachers have since been forbidden to give sexual orientation and gender identity lessons to children under the age of nine in Florida. The legislation received immense national (and international) backlash from critics who argued that it undoubtedly contributes to the marginalisation of LGBTQ+ people in the state.

Since then, the culture war has only amplified, with continuing efforts from the right to spark stereotyped and baseless claims that LGBTQ+ people are sympathetic with, or even endorsing, child predators. Though such accusations are hardly new in the US, it’s getting much, much worse.

According to NBC News, data from the social media platform Reddit that was analysed by an assistant professor of computer science at Binghamton University in New York, Jeremy Blackburn (who studies extremism), showed that there has been a 100 per cent increase since the beginning of 2022 in the discussion of “grooming.” Blackburn told the publication that the “majority of subreddits that are adopting the rhetoric have a pretty long history of content moderation concerns and are definitely not what I would consider LGBTQ friendly. While it is not exactly surprising to me that this rhetoric has been adopted, I am somewhat surprised the rhetoric was so quickly adopted.”

The groomer rhetoric is causing real harm among LGBTQ+ youth, becoming increasingly difficult for teens to avoid. Though there are arguments to be had about the positive functions of the internet for the queer community to utilise: to learn, connect and socialise—it is most definitely a double-edged sword.

A 2021 survey which gathered data from LGBTQ+ youth, conducted by The Trevor Project, revealed that 42 per cent of respondents had been bullied electronically, both online and even via text message. That being said, 62 per cent also reported having access to online spaces helped the affirmation of their sexual orientations and gender identities or expressions.

How is groomer being used nowadays?

Conservatives online have run with the term to malign the LGBTQ+ community as much as possible as highlighted by 17-year-old Will Larkins who told NBC News that he receives the comment “OK, groomer” on a daily basis. The sentence is a play on the phrase “OK, boomer” which gained popularity on TikTok in late 2020 to disparage middle-aged people. Larkins stated, “That’s the number one thing I get, I could post about anything and they’d be like ‘OK, groomer’.”

Other LGBTQ+ teens went on to explain to the US publication that “groomer” isn’t the only word that they have been targeted with—14-year-old M, a nonbinary eighth-grader who uses the pronouns “they” and “them,” revealed they suffer unprovoked and random homophobic attacks constantly. “Maybe I just said a single word and they’ll go ‘Shut up, gay slur’.”

The rhetoric of LGBTQ+ ‘grooming’ has long existed among fringe conspiracy theorists and extremists, but it’s quickly becoming a mainstream (read, right-wing) twisted response that is based on decades of moral panic equating homosexuality to paedophilia. Conservatives are even using the term to mean left-wing indoctrination in general, suggesting that educating children on certain political issues, like the struggle for gay and trans equality, is just as dangerous as ‘grooming’ in the old sense—like a paedophile would to its victims. Unbelievable.

As Vox reported, “That’s not to say that organized child abuse and systems of trafficking don’t exist, but trying to make a causative link between liberalism and paedophilia requires intentional reality distortion by the lawmakers and media voices making these claims.” Continuing that “grooming accusations aren’t concerned with making sense; they’re about stirring up fear, anger, and hysteria—which is why they sound exactly like the kinds of fringe conspiracy theories that have been around for centuries. The new paedophile conspiracy rhetoric is essentially the same as all the old paedophile conspiracy rhetoric, but with an added layer of wrongness.”

While it is impossibly easy for us in our safe, progressive echo chambers to believe that those of our gen Z age group are like-minded, it is, sadly, not the reality. On one side of the culture war, you have the ‘OK, boomer’ group—critical gen Zers aiming to challenge the ancient dinosaurs in our institutions, championing the downfall of capitalism and advocating for equality for all. On the other hand, you have the same youthful humour, only this time it’s baked in all the -isms you can possibly think of—the ‘OK, groomer’ group. Yet another epithet of the fringe, incel-like communities setting up more roadblocks on the road to progression. 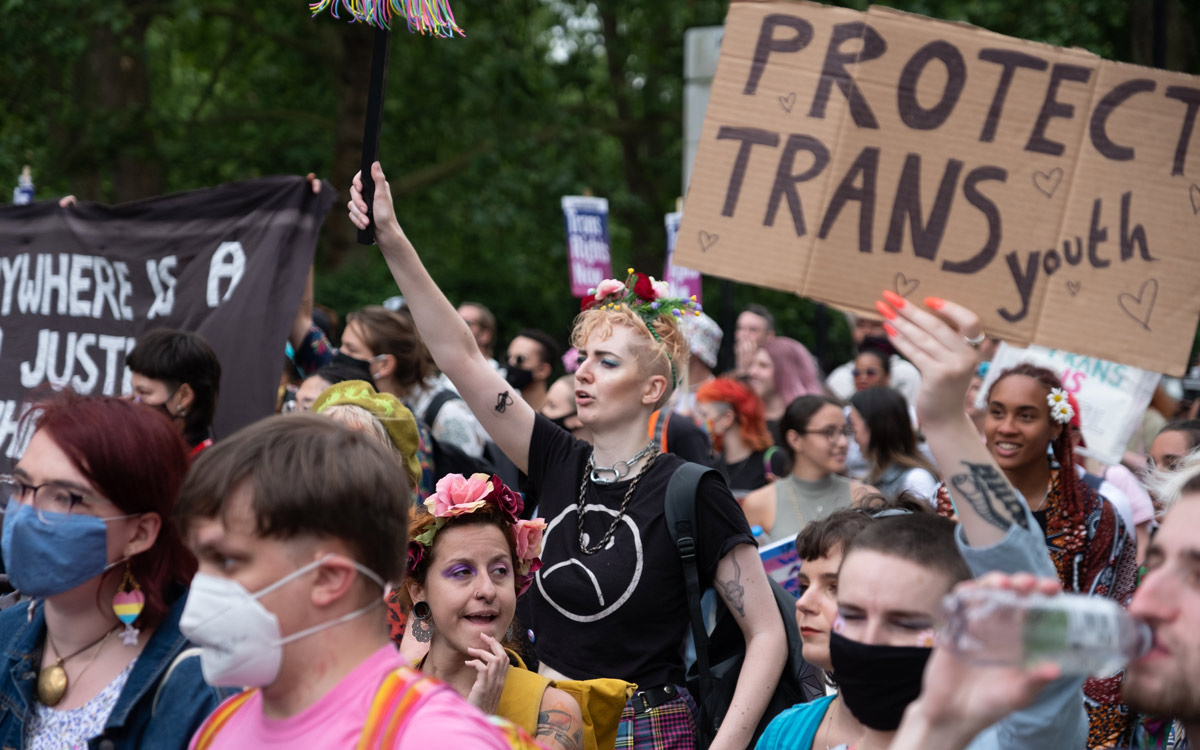 Alabama, oh Alabama, what planet are you choosing to live on? Just when you think human intelligence takes one step forward, there are always a few that take us many steps back. Alabama Governor Kay Ivey, as well as other legislators in the state, have approved one of the most condemning bills yet.

Doctors that have been prescribing puberty blockers, hormone therapy or surgery to transgender youths will now be legally prohibited to do so, despite clear explanation from health care providers that irreversible treatments are never performed on minors. Any medical provider that chooses to defy this new bill will, shockingly, be liable for up to ten years in prison for the ‘crime’. So, what exactly does the Senate Bill 184 entail and what could it mean for Alabama’s LGBTQIA+ youth?

According to Dazed, the bill will criminalise gender-affirming care for transgender youth and essentially force school staff to ‘out’ transgender students to their parents—prohibiting “a nurse, counsellor, teacher, principal or other administrative officials at a public or private school” from “encouraging or coercing a minor” to withhold their gender identity, when it is “inconsistent with [their] sex,” from the respective parent or guardian.

Ivey’s signature will make Alabama the third state in the US to pass a measure restricting gender transition-related care but will be the first to enforce criminal penalties as a result. The governor said in a statement that her signing of the bill was because  “if the Good Lord made you a boy, you are a boy, and if he made you a girl, you are a girl.” Continuing that “we should especially protect our children from these radical, life-altering drugs and surgeries when they are at such a vulnerable stage in life.”

Also approved by Ivey is the House Bill 322, which requires public schools (kindergarten through twelfth grade) to designate the use of rooms where students may be in various stages of undress on the basis of biological sex, NBC news reported. Republican Representative Scott Stadthagen and the sponsor of the infamous ‘bathroom bill’, (which he says is meant to protect girls) stated, “It’s a problem that was brought to my attention last fall,” and that “the bill is short and sweet. It says whatever your original birth certificate states as your gender, that is the bathroom you use in K-12 schools.”

The 184 Bill is currently headed to land on Republican Ivey’s desk, who is expected to officially sign the legislation into law with full capability to do so, but, thankfully, all hope is not lost—human rights groups are pushing back, as are the rest of us, in whatever ways we can. The American Civil Liberties Union, Lambda Legal and the Transgender Law Center have vowed to take legal action against the state if Ivey signs the bill into law. “If Alabama lawmakers insist on passing this cruel, dangerous, and unconstitutional legislation into law, the state will immediately have a lawsuit to deal with,” Sruti Swaminathan, staff attorney for Lambda Legal, announced.

This restrictive and deeply harmful bill against gender-affirming medical care will become law just 30 days after the governor’s signature which is yet to be formally declared. To this, Swaminathan expressed, “The Alabama Legislature and Governor Kay Ivey need to consider the time and resources they will invest” and to truly “ask themselves if targeting the health care of children is really worth it.” My bet is obviously not, Ivey.

Chase Strangio, deputy director for Trans Justice with the ACLU’s LGBTQ & HIV Project added to the ACLU press release saying: “The way to reduce harm to trans youth is to provide them with gender-affirming health care where it is medically indicated. This bill takes that lifesaving treatment option off the table and makes it a felony. Moving forward with this bill will be deadly for trans youth, push doctors out of a state that has a shortage of medical providers, hurt Alabama’s economy, and subject the state to costly litigation.”

Medical groups in the past have repeatedly objected to similar measures that arose at those times and argued that these laws will only deny patients and their families much-needed access to evidence-based care. As reported by The Independent, a joint statement from six major medical associations in 2019 expressed that the groups are “strongly opposed to any legislation or regulation that would interfere with the provision of evidence-based patient care for any patient, affirming our commitment to patient safety.”

Even so, the 184 Bill is just one out of the many hundreds currently being introduced across the US right now, ‘no matter who they hurt’ reports The Independent—legislations that specifically target transgender people in the country have jumped from 18 in 2018, to a whopping 150 in 2022. These directly put vulnerable young people at risk of physical, mental and emotional harm, and where will they turn to for advice? Well, with this bill it won’t be trained specialised figures of authority like teachers, doctors, nurses.

The trans youth and families directly affected by the bill are understandably terrified by the looming results if the restrictions take effect. Students have expressed concern that their families will react negatively to their gender identity being exposed by school faculty, that they will be kicked out of the house or even worse. Not to mention the poor mental health repercussions, self-harm and long term health consequences of halting hormone treatment for trans teens that have become accustomed to taking them, the bill is dangerous.

Anxiety is felt turbulently from all over the world, but this will not pass without an international fight. A few help lines for youth in the US include The Trevor Project (1-866-488-7386) and their online chat or counselling cervices services, as well as Trans Lifeline which supplies a 24/7 hotline in the US and Canada staffed by transgender people, for transgender people tel: 1-877-565-8860 (US) or 1-877-330-6366 (Canada).