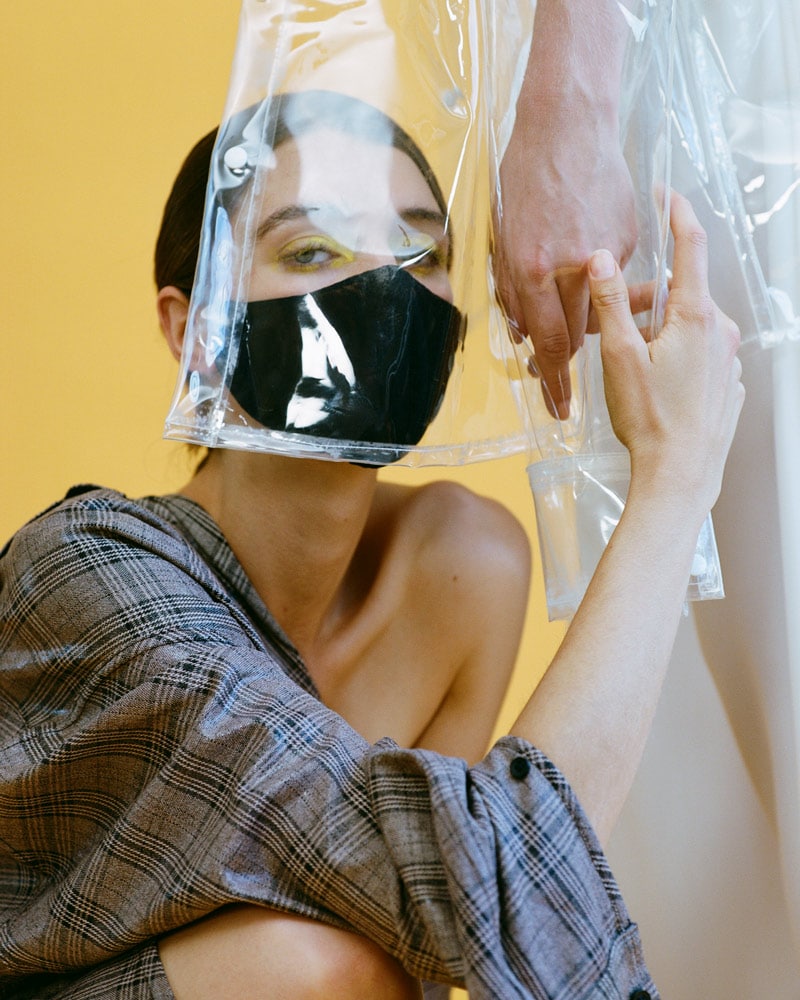 What can a robot that feels pain tell us about the future of AI after COVID-19?

What can a robot that feels pain tell us about the future of AI after COVID-19?

In February 2020, at the headquarters of the American Association for the Advancement of Science (AAAS) in Seattle, a team of researchers from Osaka University, Japan, presented to the world an alarmingly realistic robot-child programmed somewhat sadistically with the ability to ‘feel’ pain.

Named Affetto by the team, the being possesses complete facial features, a full head of human hair and hides its cutting edge robotic interior under synthetic ‘skin’. This skin contains a pain nervous system that allows Affetto to respond as any human would when inflicted with pain.

But is there any logical reasoning behind instilling a sense of pain into a mechanical being that seemed to be working just fine without it?

According to the researchers responsible, the ultimate goal is to create a deeper sense of connection between human beings and their AI counterparts. This would, in turn, assist in robots successfully fully assimilating into contemporary human society.

Since his inception in 2011, Affetto has been continuously tweaked and added to. Affetto not only possesses facial expressions that are as nuanced as any humans’, he can even simulate empathy towards others through a ‘mirroring system’ based on the functioning of the human brain. The addition of the pain nervous system is only the next step in this ongoing experiment, and will most likely not be the last.

When explaining his work, professor Minoru Asada, lead researcher in the Affetto project, stated: “In Japan, we believe all inanimate objects have a soul, so a metal robot is no different from a human in that respect—there are less boundaries between humans and objects.”

Robots have already been deployed at nursing homes, offices and schools in Japan in an attempt to support a shrinking workforce and ageing population. However, it seems there is still some way to go in persuading the rest of us to get over a commonly shared feeling of mistrust or downright fear regarding any kind of man-made technology that is on a par with or even has the potential to surpass human capabilities. This rings particularly true in the case of Affetto, where the goal is to implant into metal and coding qualities that until now were seen as strictly reserved for flesh and blood.

Professor Asada made his intentions clear when he said: “Of course I think one day we humans will create robots that are difficult to distinguish from humans.” If popular culture is a reflection of a society’s collective psyche, then it tells us a lot about our relationship towards AI technology. Over the years, the ‘man-made creature gets too intelligent for its own good’ trope has been everywhere; dating as far back as Frankenstein and persisting into contemporary iterations with examples like Ex Machina.

In this case, the old saying that ‘art imitates life’ seems particularly valid. Stephen Hawking’s statement that “the development of full artificial intelligence could spell the end of the human race,” sounds like it could have been pulled from a movie script, but is in fact a quote from a recent interview the scientist gave with the BBC.

His reasoning is that while more primitive forms of AI technology, including the type that enables him to speak, have been nothing but useful, he fears any advancements. We humans would have no chance of keeping up with technology that isn’t bound as we are to slow biological evolution.

Others have decided upon a more positive outlook. The amount of good that could be achieved as a result of utilising robotic technology is immeasurable and could create more of a drastic impact on global issues than we can comprehend. Currently, the number of global coronavirus cases has passed the 4 million mark. Health workers across the world have found themselves woefully under-resourced to cope with a pandemic of this magnitude, and robotic technology has been looked at as a way to deal with staff shortages and reduce infection.

In recent weeks, countries such as Italy and Ireland have joined Japan in introducing robot ‘nurses’ into their hospitals. They are there in a supportive capacity, collecting cleaning and delivering supplies, and ultimately reducing human workers’ exposure to the virus. In this current crisis that the whole world is facing, the areas where robots could make themselves useful in order to avoid exposing humans to unnecessary danger have become obvious.

Still, nothing can come close to the human connection between doctor and patient, and it’s something that a robot could only ever imitate, not create. However, Affetto is an example of how close robots can get to the real thing. The hope is that through the experience of pain Affetto will come to a deeper understanding of the human experience, making him a better caregiver and overall support system.

Statistics show that resistance is futile—the robots are already here. According to the International Federation of Robotics (IFR), the number of operational industrial robot jobs increases by 14 per cent annually. More than 70 per cent of people would be willing to augment their bodies in some way to make themselves more employable. Affetto is an example of how robots themselves can be augmented to cater to our needs. At a time such as now when our needs are so great, we cannot overlook the complex AI technology that is ready and waiting to help us. 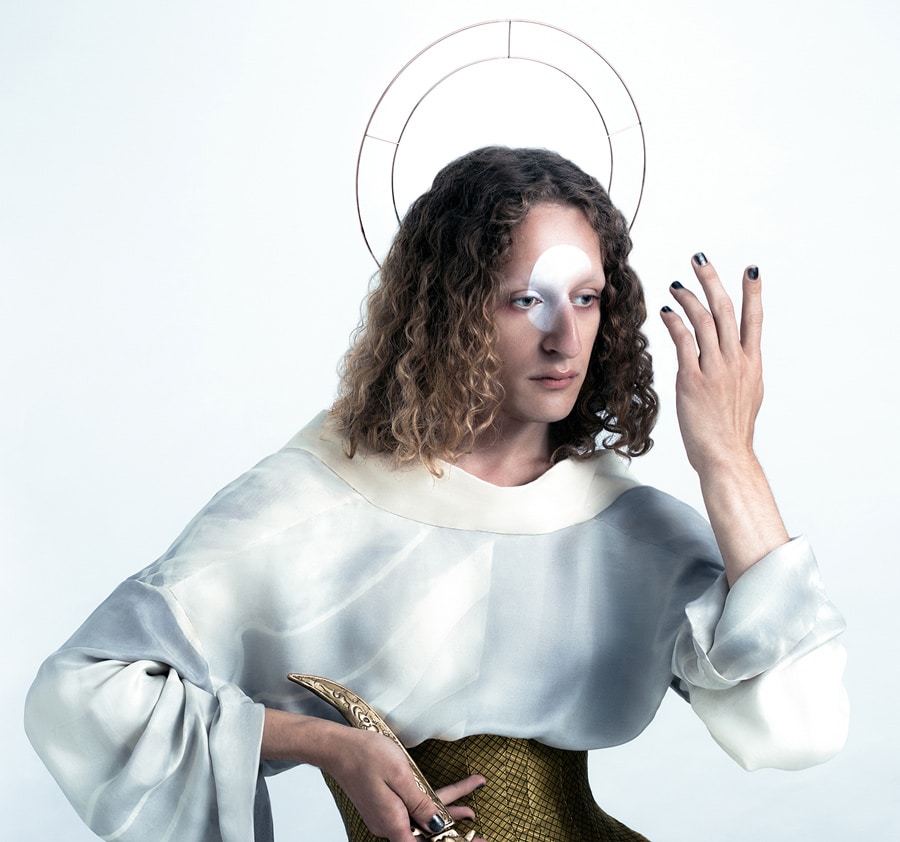 A robot is now delivering sermons in Japan: the beginning of AI and religion?

In early September, Kodaiji, a 400-year-old Buddhist temple in Kyoto, Japan, revealed its new priest—a robot named Mindar. Made of aluminium and silicone, Mindar was designed to look like Kannon, the Buddhist deity of mercy. In a country where religion is on the decline, this $1 million robot priest is a futuristic attempt at rekindling people’s faith. Is merging AI with religion a good idea? Could it change religion as we know it?

Religion has always been a sensitive topic, while AI has stirred its fair share of controversy recently. Combining the two together by incorporating robotics in religion sounds like an idea with great potential to some, and like a very dangerous game to others. When it was first revealed in Japan, Mindar was compared to Frankenstein’s monster. And yet, people like Tensho Goto, the temple’s chief steward, were positive about it. “This robot will never die; it will just keep updating itself and evolving.(…) With AI we hope it will grow in wisdom to help people overcome even the most difficult troubles. It’s changing Buddhism,” declared Goto when Mindar was revealed.

At the moment, Mindar the robot priest is not AI-powered; it simply recites the same sermon about the Heart Sutra over and over. But its creators revealed that they’re working on giving it machine-learning capabilities that would enable Mindar to give advice to worshippers’ spiritual and ethical problems. As crazy as it sounds, Mindar is not the first example of robots and animated objects getting involved in religion.

Screen Shot spoke to Adrienne Mayor, a research scholar in Classics and the History and Philosophy of Science and Technology Program at Stanford, who wrote Gods and Robots: Myths, Machines, and Ancient Dreams of Technology. Mayor told us about the many links between religion and robots from ancient Greece to today, and her opinion on robot priests like Mindar. “Religious automatons were intended to evoke awe and display power in antiquity. We should be aware that similar motives could underlie using AI and robots today,” Mayor says.

When talking about the possibility of AI being implemented in religion, Mayor poses the questions that everyone should be asking themselves: “How can one trust that the machine learning and algorithms would always be beneficial to the users and not to the makers and deployers of robot priests? Could AI distinguish between immoral acts and moral values? Could AI discern motives and intentions and recognise sincere remorse, experience empathy, or truly embody the human qualities of mercy and forgiveness?” The doubts and uncertainty that surround this technology explain why people feel uncomfortable about the prospect. Some religions, however, might be better fitted than others, explains Mayor, “To Buddhists it doesn’t matter whether the force turning the wheel has consciousness or not. Religions that value internal reflection, intentional heartfelt prayer, spiritual guidance based on experience and empathy, and ethical decision making in complex social situations don’t seem particularly compatible with robots and AI.”

Another example of robots being used in religion is Sanctified Theomorphic Operator (SanTo), a figurine shaped like a Catholic saint. Created by roboticist Gabriele Trovato, SanTo answers people’s worry with verses from the Bible, specifically providing comfort and assistance to the elderly. This shows that certain positive potential that AI could bring to religion can’t be completely ignored—robots can perform religious rituals when human priests can’t, and hey can reach more worshippers.

The negative ramifications, however, seem to outnumber the positive ones. Are we willing to alter religion, a topic that has created so much chaos, and still does? By giving these robots AI machine-learning abilities, we would give them the power to tell us how to feel, how to ‘repent’, and what to do. The ethical and spiritual responses from those religious robots will need to be carefully crafted for worshippers to finally trust them. Robot priests are happening, but before preaching it, we need to look at how it will be designed, implemented, and received.