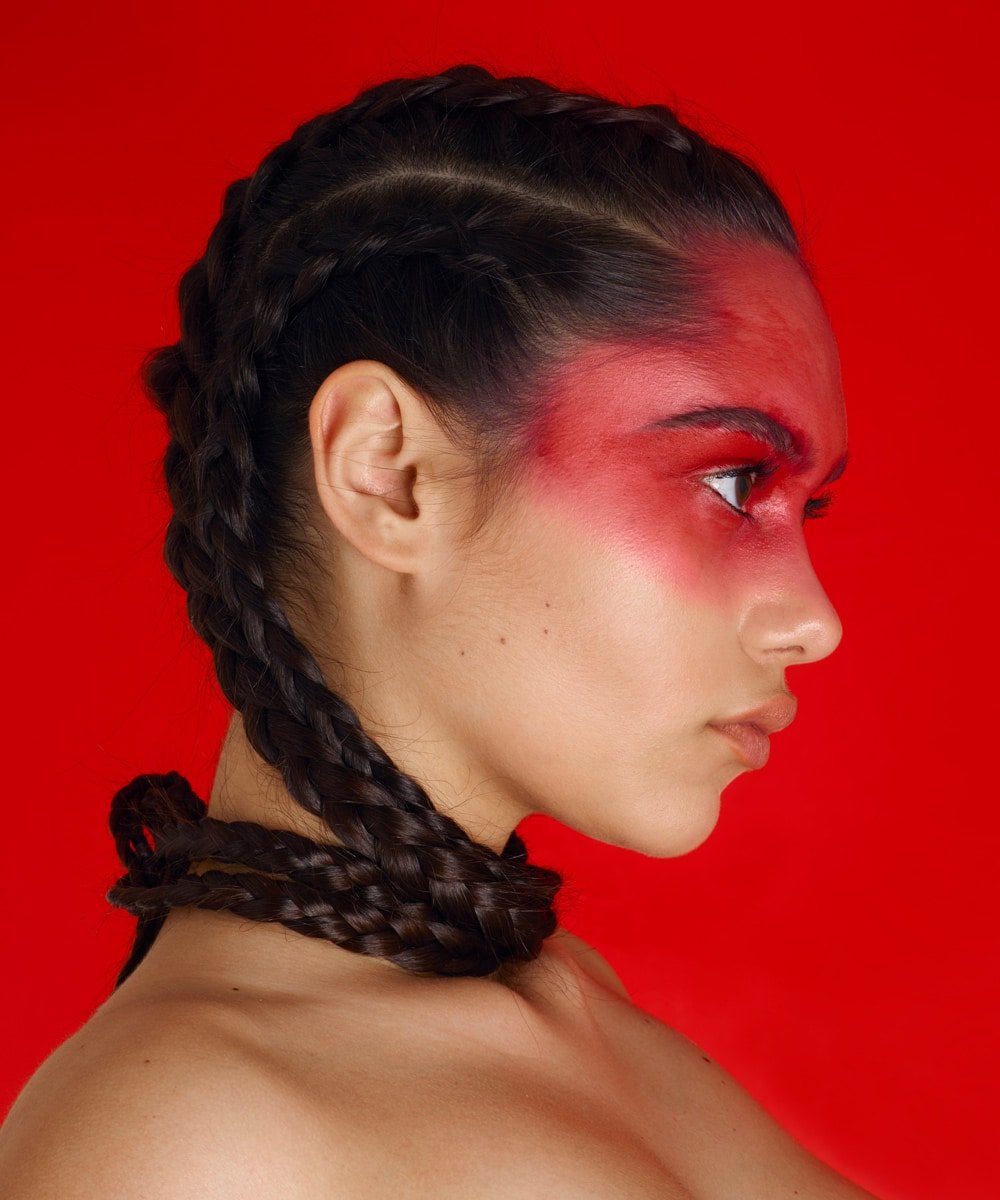 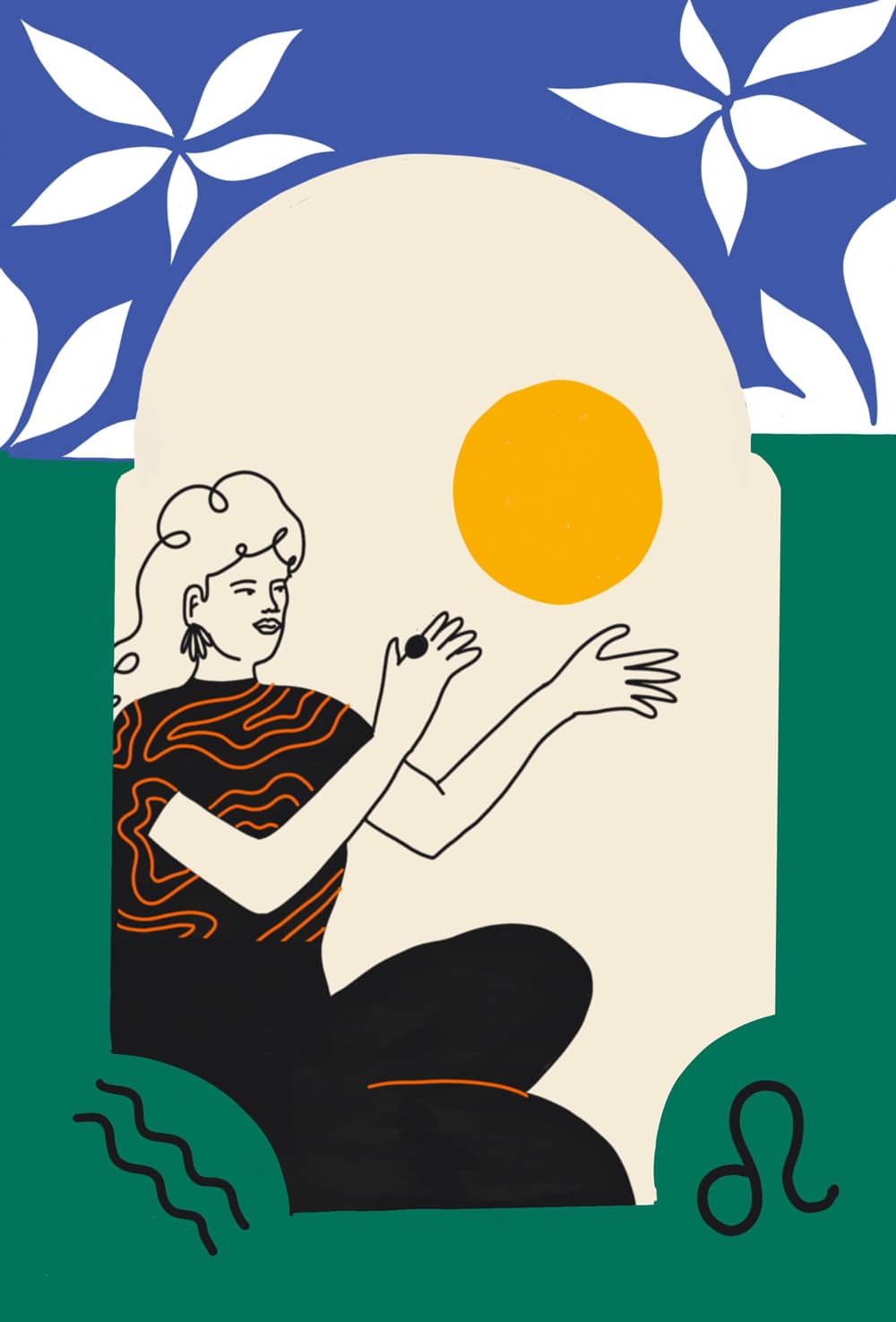 At some point in the nineteen-eighties, my mum had an astrology phase. She spent a few months studying stars, planets and the sky, but all that is left thirty years later are some books and an amazing set of moon shaped earrings. So, growing up my house had bookshelves filled with books titled things like ‘Planets in Composite’ and ‘Star Signs for Lovers’ and when my brother and I fought it was thought to be because of our matching fire signs. These books had pages that I poured over as I highlighted all the Leo traits I possessed before at around age ten, I found my birth chart that a family friend had bound in gold starred pages, which detailed how the stars would shape my life. Lots of things even then felt true, the complexities of personality and layers of what I love were written out in a way that I felt like I had dictated them myself.

Astrology, star signs and asking ‘when’s your birthday’ on first dates have come to define parts of who I am. I have my mum’s old star charts hanging in my living room and over lingering dinners friends and I discuss our sun, moon and rising signs. It was only just a few years ago that I felt weird knowing what my ‘moon sign’ was and how it affected aspects of my life. But these days with everyone’s Instagram feeds full of ‘star sign bingos’ and iconic @notallgeminis memes, it seems that astrology isn’t only on the rise, but at the core of our internet identities.

Originating way back in 3000 BC somewhere in Mesopotamia, astrology’s appeal has never stopped enduring in places like India where they have their own form of astrology that rules over everything from marriages to moving home. But how and why did it shift from that to its modern millennial appeal where every star sign has its own meme page? Did it start with fashion? Sometimes I think so. In a world where we love to personalise everything from our bags to our phones, owning things emblazoned with our horoscope seems like just another facet of it. Vetements horoscope t-shirts have sold out in every sign, Charlotte Olympia made Aries adorned slippers and it now feels like every online jewellery brand has a charm or pendant in the shapes of all twelve zodiac signs.

So, what is it that artists and designers are drawn to in astrology? I asked illustrator Agustina Basile why she is inspired by it in her lush drawings. “I love that each sign tells a specific story and has its own personality, and stories are what I want to reflect in all my illustrations. The planets, houses and degrees all influence the unique behaviour of the signs within an astral chart, and I like that the study of my own chart makes me identify more with certain signs than others when I’m drawing.” And obviously, that’s the irony of it all. That in our bid to personalise everything in our lives through highly individualised algorithms, we’ve overlooked the possibility that we might just be categorising ourselves into one of twelve vague and general star signs. I see that and I can acknowledge the paradox, but it doesn’t change that I just like reading my horoscope because of how it makes me feel.

It seems that every website, magazine and newspaper have horoscopes sections that for years have been educating us about Saturn returns and moon cycles as a little page of respite amongst news and gossip. If I look back at the times in my life when I’ve read horoscopes religiously or pulled out my gold gilded birth chart book, they have been times when I have felt lost and when any guidance or advice would have been needed. I spoke to my favourite horoscope writer Madame Clairevoyant whose horoscopes for NY Mag’s The Cut are some of the most beautiful pieces of prose published on the internet. I asked her what she thinks people get out of reading her weekly horoscopes. “Many of us can feel ourselves being constantly acted upon by forces bigger than ourselves—whether that’s economic forces like low wages and student debt, or whether it’s the vast structures of misogyny in the world. Astrology allows us to look to something that’s bigger than ourselves, but that doesn’t have the same kind of heaviness or history of oppression. Feeling connected to an astrological sign can be just for you, without a ‘purpose’ other than to understand yourself and how to live in the world. For me, horoscopes are most meaningful as a way to create space for holding and experiencing our emotions. And ultimately, it’s okay to take what resonates with you, and leave behind what doesn’t.”

I’m not surprised that I like Madame Clairevoyant’s sentiment about this, I thank her for her thoughts and choose not to tell her that I have screenshots of all her Leo readings saved in my phone for when I need them most. It leaves me wondering that what if in our modern absence of religion we are all just trying to find comfort amongst the chaos of the world by identifying with a star sign and in the hope that planets will shift in our favour. I don’t dwell on it for too long though, (maybe that’s my dreamy Aquarius moon) so I follow @astromemequeen and continue to save meditative minutes every week to read my horoscope.