When Ti Chang was studying industrial design at the Royal College of Art more than a decade ago, vibrators were a taboo shunted to seedy neighbourhoods. Chang recalls how she and her friends would visit “dark, sketchy DVD stores” to buy thoughtlessly designed sex toys—“these phallic things with a little bunny on it.” The experience wasn’t exactly palatable, but Chang nevertheless saw an element of power in it. “I felt like I had agency over my pleasure,” she says.

Chang also saw how the industry could clearly do more to cater to women—and the clitoris. She co-founded CRAVE to design and develop elegant products for pleasure. Now, those vibrators appear in such mainstream locations as Ann Summers, Goop, Saint Laurent, the Standard Hotel, and Violet Grey, and at events like Coachella, South by Southwest, and the global tech conference CES.

Chang’s first industrial design job, at the women-focused hair accessory company Goody, didn’t involve much industrial design at first. “They were basically allowing business managers to shop off the factory shelves in China. It was not all about the consumer and their experience.” When Chang convinced the president of the company to let her do consumer research and lead an industrial design process, the result was the ‘Ouchless brush’, which became the company’s bestseller for nearly a decade.

At her next job, designing bikes for Trek, she was the first woman on the team. “They specifically wanted me to be able to bring a different perspective,” she says, “the design manager knew that it was time to diversify. The prevailing philosophy at the time in designing for women was to just shrink down male proportions. Having only a bunch of dudes in the room was selling themselves short.”

The takeaway was that more women needed to be at the table designing the products that women use.

Then 2008—and the Great Recession—hit. Chang was having trouble finding work, but had some money saved up, and had a “crazy idea” she just couldn’t shake.

Of all the products for women that didn’t really meet women’s needs, none stuck out to her as blatantly as vibrators.

“I think as a designer, you look at things in a different way,” she says. “You know how things could be and should be. You look at the language of an object and you can see the care and the integrity that goes into it. When I looked at the landscape of sex toys, I realised this is really not thought about. Our industry, our culture doesn’t think that women’s pleasure is worthy of serious design and engineering considerations.”

She started a company called INCOQNITO that she soon after sold to CRAVE and joined as a co-founder.

The Tesla of vibrators

“Our design and engineering aspire to be like that of Apple,” she says, “and we have a mission that is more in the spirit of Tesla, but with a rather…shall we say…different personality than Elon.”

From the beginning, both companies have created products to serve a higher human aspiration. For Musk, that’s creating a sci-fi-worthy solution for climate change. For Chang, it’s opening the conversation on female pleasure.

“For one, I wanted to start with the clitoris,” she says. “There’s plenty of research that something like only 18 per cent of women can actually orgasm via penetration alone. That for me was a really powerful fact. And there’s this gap between male orgasms and female orgasms in intercourse, it makes you wonder what’s really going on. It’s that the clitoris is not being focused on. We, as a culture, have almost designed the clitoris out of our basic human anatomy education.”

The clitoris wasn’t fully documented as a pleasure organ until 1998, and several prominent medical textbooks continue to omit or minimise information on it, while penises are covered in great detail. The misinformation and misunderstanding is so pervasive that activists have coined the term “cliteracy” to talk about it.

Chang’s vibrators aim to contribute to that movement by giving women better tools for achieving orgasms, selling them like a dignified product, and hosting events and conversations to destigmatise and normalise sexual pleasure.

“These products should not be in the gutter like how they’ve been presented for so many decades,” she says. “If every time you had to buy a bathing suit you had to go into some dodgy shop, you’d feel like you’re doing something wrong. That’s the language that we unfortunately put out there when we force women to make do with these really thoughtless products predominantly designed by men.”

Own your orgasm—and build the tech to get you there

The Kickstarter campaign for the Duet Pro also offers backers the option to assemble the hardware itself.

“Build-a-vibe is something we’ve been doing since super early on,” Chang says. “We accidentally stumbled upon it when we did our first crowdfunding campaign and we didn’t have enough people to build everything. We had a pizza party, invited all our friends, and people built with us for days.”

That social environment, surrounded by vibrators, started some great conversations. “We noticed the environment was super cool. People were so happy, they brought even more friends, and it just became this really open, comfortable conversation that they normally would not have had.”

They’ve since done more intentional variations on this gathering with California Academy of Science, South by Southwest, Playboy, and HBO. For their Kickstarter campaign, they’ve developed a videoconferencing version.

The Duet Pro is live on Kickstarter through 3 September, 2020. 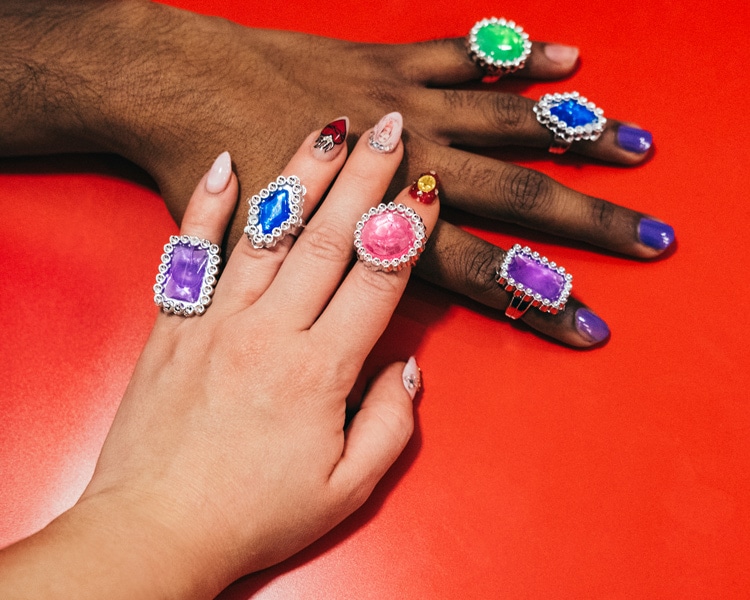 Finally, a gender-neutral sex toy that does the job

This month sees the launch of Enby, a new, gender-neutral sex toy. Wild Flower, an independent sex shop based in Brooklyn, has designed the toy in-house. Founded by Amy and Nick Boyajian, both of whom identify as non-binary, Enby is their first own-brand toy, named after the common shorthand for non-binary people, NB, pronounced ‘enby’.

As a retailer, Wild Flower is committed to inclusive and sensitive attitudes toward sex. The shop’s website has a blog with sections dedicated to “mindfulness & sex” and “non-monogamous relationships”, for example. On its Instagram, it features a gorgeous range of individuals—people of all ages, genders and sizes—as well as some hilarious memes. Wild Flower’s merchandise reads: “Trust Yourself, Feel Yourself, Touch Yourself, Please Yourself, Hear Yourself, Know Yourself, Fuck Yourself, Love Yourself”.

Slowly but surely, however, more options are becoming available for trans and non-binary people, designed with diverse bodies and queer pleasure in mind. Amy and Nick consulted various members of the LGBTQ community while developing their toy. One trans friend of theirs complained about how she had thrown away all of her sex toys after her surgery, because they were no longer compatible with her body. Other trans people have explained how they often resort to toys not marketed at their gender identity, which can worsen existing gender dysphoria.

Enby might not be the first toy to claim the title of being gender-neutral. PicoBong launched the Transformer in 2014, offering “millions of sex toys in one” with its product description listing the sex toy’s possibilities, “It’s a rabbit vibe, a clitoral massager, a cock-ring, a G-spot stimulator, a prostate massager, a double-ended vibe, and much more”. However, its success was debatable. One review summarised, “In trying to create a sex toy that can be used by everyone, PicoBong made a sex toy that is useful to no one”.

The Enby, meanwhile, has received stellar reviews so far, with an average of 4.89 stars out of 5 and comments such as “A game changer” and “Super validating”. Enby is available to pre-order and ships from the U.S. at the end of July. I discovered it myself last month at a community market in Manhattan. I now regret not investigating further at the time.

An online review at Allure recommended the Enby to a transgender man, concluding with: “Overall, I’d recommend Enby for anyone, regardless of gender or genitalia. As with any other sex toy, you’ll have to play around with it to determine how it best works for your body, but it’s absolutely worth it once you find that sweet spot”.