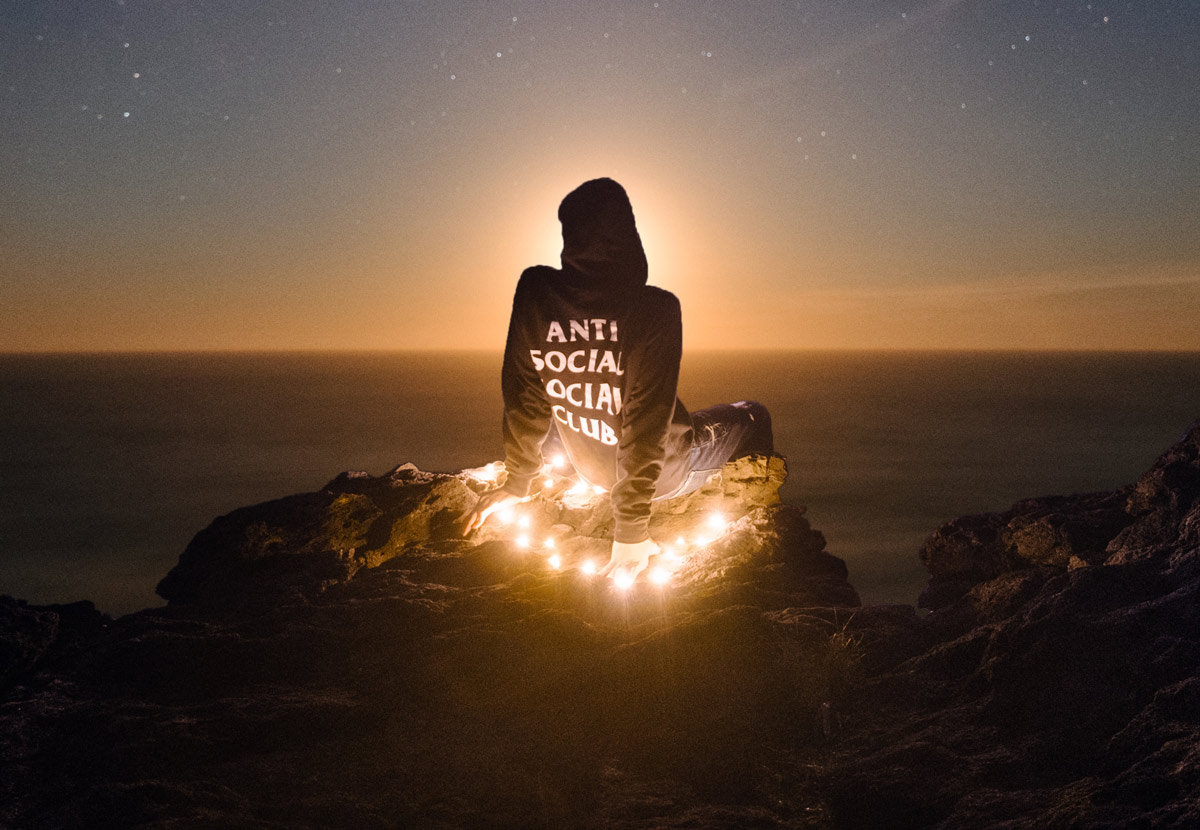 Social media platforms have been a boon and bane to our present pandemic-struck society. On one end, they are successfully fulfilling their purpose by fostering socially distanced connections. On the other, however, they have become hubs for rampant misinformation, trolls and data breaches. Given this ‘double-edged sword’ status, it is of little surprise to witness a key demographic segment on the retreat from such platforms.

As the new generations crave privacy, safety and respite from the throngs of strangers on major social forums, they are slowly gravitating towards more intimate destinations—ones with no likes, followers or glossy digital personas. Introducing the curated, close-knit realm of anti-social networks.

What are anti-social networks?

“If social media can feel like a crowded airport terminal where everyone is allowed but no one feels particularly excited to be there, anti-social networks offer a more intimate oasis—where smaller groups of people are excited to gather around shared interests,” summed up Sara Wilson, founder of the Digital Campfire Framework, in an article for Harvard Business Review.

In a report by ZAK, the youth-focused agency surveyed over 1,000 social media users under the age of 30. Nearly two-thirds of the participants admitted their preference of talking in private messaging threads rather than on open forums and feeds. Sixty per cent outlined how conversations on these private groups have made them “share more openly.”

Private messaging networks are targeted to do just that. These small messaging groups are usually (but not always) created with a user’s real-life friends. The best example of this network is the app U;Good?. The idea is simple: maybe you don’t want to call, text or have a full-on conversation with someone but want to let your closest friends know that “you’re doing good.” That’s where U;Good? comes in. The app essentially helps with what is now termed the ‘pandemic communication conundrum’.

Described as the “ultimate anti-social social media,” U;Good? provides three buttons to users while replying to friendly check-ups—with green, yellow and red symbolising statuses of ‘I’m good,’ ‘So-so’ and ‘No, I’m not’ respectively.

Private messaging networks are often seen on traditional social media platforms as well. According to ZAK’s survey, 38 per cent of users under the age of 30 use Facebook only for its private messenger function. Instagram’s standalone app, Threads—designed for quick-fire messaging with close friends via camera and text—was next, showing an upward usage curve.

Wilson noted various brands capitalising on this cultural trend by adapting similar technologies like texting (with actual humans and chatbots) to mimic the intimacy of personal conversations with friends. Text Rex, a members-only, text message-based restaurant recommendation service, lets users text questions like “Where should I take my date in midtown Manhattan?” or “What’s the best midday sushi in Santa Monica?” to receive curated answers from the staff.

Community is another text-based service that launched last year. The app facilitates direct conversations between high-profile companies and influencers with their fans via text messaging “without getting buried by social feeds and algorithms.”

“Brands can tap into existing micro-community networks by partnering with influencers, or they can invest time and resources to build their own ‘digital campfires’ from scratch,” advised Wilson by noting Sprite’s No Estás Solo campaign as a successful capitalisation effort of this network. Leveraging data from Google to determine personal pain points among the youth, Sprite set up dedicated subreddits, each helmed by an influencer who had personal experience with the issue. The outcome? “A poignant personal discussion about loneliness,” said Wilson.

Other notable examples include Yubo—the gen Z live video platform favouring sociability, sharing and authenticity over the typical validation mechanisms and ‘influencer culture’ that we’ve grown accustomed to on other platforms—along with Glossier’s private Slack channel, created for its loyal customers to talk about beauty trends, organise meet-ups and discuss product launches.

“At one time, this type of forum might have been dubbed ‘market research.’ Today, it also serves as an engine for fandoms, while simultaneously allowing the company to be nimble and responsive to anything that is discussed there,” concluded Wilson.

These networks include private or public forums where users gather around mutual interests and shared experiences. Connecting with like-minded individuals, major platforms under this network include the live broadcasting and viewing platform, Twitch. Currently expanding into non-gaming categories like music and sports, the platform is followed by the multiplayer video game Fortnite.

Now one of the “planet’s biggest social networks,” Fortnite was quick to amass a loyal fanbase. Spending 6 to 10 hours on the platform, more than half of the teenagers playing the game admitted to using it to “keep up with their friends,” most of whom they’ve never actually met in-person. “Fortnite is a form of entertainment,” Wilson stated. “But more than that, it’s a catalyst for bringing together like-minded people for a shared experience. And the game’s steep learning curve lends it an aura of exclusivity.”

Brands like Marvel and Nike have previously leveraged platforms like Fortnite to reach their audiences by selling Skins and creating branded game modes with limited-edition in-game product drops.

“Today we already see that private messaging, ephemeral stories and small groups are by far the fastest-growing areas of online communication,” Mark Zuckerberg wrote in a public post, announcing Facebook’s strategic shift towards more closed and private modes of communication. While Facebook is paying attention to this shift with an impending risk of losing younger audiences permanently, it should also be kept in mind that 98 per cent of the tech giant’s revenue comes from advertising. Such anti-social networks essentially make it hard for advertisers to reach audiences at scale.

Presently, as vaccine FOMO grips the social media world along with the fact that such platforms are often responsible for anti-social behaviour, it might just be time to relearn communication—by creating our own curated little world of happiness instead of the black holes we’ve been calling our social lives online so far. 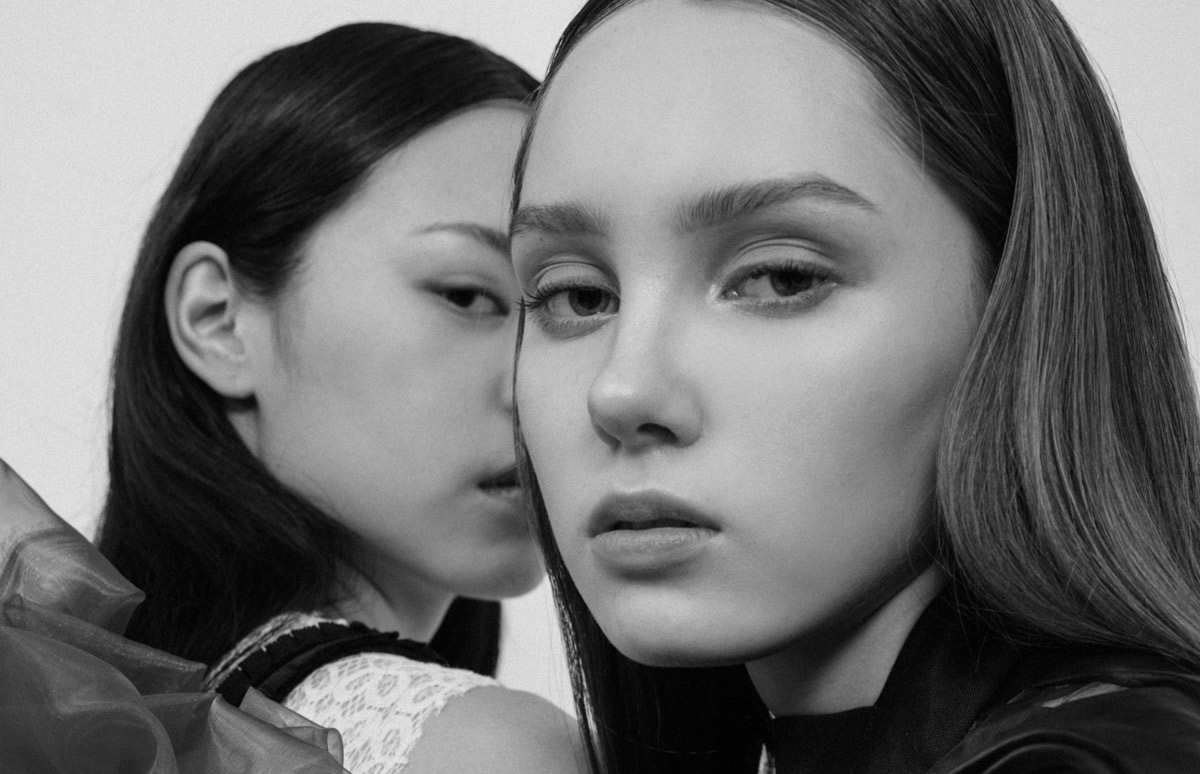 On Tuesday 5 January 2021, Bottega Veneta deleted its social media accounts on Instagram, Facebook and Twitter. The Italian luxury fashion house based in Milan and currently helmed by creative director Daniel Lee, who was previously described as “the quiet radical” by British Vogue, has not yet made a statement about the reason and duration of its social media blackout. This didn’t stop rumours from spreading however.

By saying goodbye to its nearly four-million cumulative followers across Instagram, Twitter and Facebook, Bottega Veneta has led many fashion enthusiasts to wonder whether the move is either a genius PR stunt or a definite break from our now normalised (yet toxic) social media habits. Either way, there’s one more question that seems to doom over the rest of the fashion industry: will this new approach reverberate across the industry?

Lee has long proven his ‘internet shyness’ and his indifference towards following social trends. For example, Céline (where Lee was director of ready-to-wear design for years) was one of the last major labels to join Instagram in 2017, but still, it didn’t need to join at all. Even without a social media presence, the brand had managed to cultivate what Highsnobiety called “a cult following of influential women” who associated themselves with the brand entirely because of its discreteness.

Before Céline finally joined Instagram (now rebranded as CELINE), the label already benefited from loyal fan accounts posting its products on their feeds—doing the hard work successfully, should I add. And the same can be said for Bottega Veneta. There are countless Bottega Veneta fan accounts on Instagram.

“New Bottega, for example, already counts 355,000 followers—a number that will surely grow considering the official account’s disappearance—meaning Bottega doesn’t actually need to be there in order for its collections to circulate,” writes Highsnobiety.

Furthermore, Bottega Veneta’s Spring/Summer 2021 collection was presented before a shortlist of industry leaders and big-name influencers, in contrast to the swath of attendees you typically see lining the runway at fashion week. HYPEBEAST had described it as a “hush-hush spectacle” attended by Kanye and North West among other guests.

Add to this the fact that Lee has never had his own Instagram account, and things suddenly seem to tilt more towards a potential social media goodbye. Lee is notoriously private and has said a couple of times that social media is simply not his thing. “He rarely does interviews, rarely gives extra context to his collections, and makes a point of banning huge audiences at his shows,” says Highsnobiety about the designer.

But privacy doesn’t equal a small reach for Bottega Veneta—on the contrary, since Lee first took the reins in 2018, the brand has banged out hit after hit. Almost every influencer and editor on the planet owns a pair of Bottega Tire boots, which have now been replaced by the Puddle boots.

In a way, Bottega Veneta has always had the advantage of ranking among the most famous and luxurious brands such as Chanel and Prada, without ever becoming so omnipresent that it risked becoming overexposed, unlike the latter. That’s why deleting all social media channels could actually be a smart move.

It’s a luxury label for people that want luxury in a somewhat discreet way—not that there’s anything wrong with flashy logos and celebrity campaigns! But Bottega Veneta is known for its traditional approach to fashion, which is exactly what allows it to be so innovative yet classic.

While Business of Fashion rightly notes fashion’s growing reliance on social media as a marketing tool and direct line of communication with customers, especially in the midst of the COVID-19 pandemic, over the past year, many fashion brands have also had to realise the drawbacks that come with influencer marketing and adapt to them accordingly.

That’s exactly where the idea of what is sometimes called ‘old’ and ‘new’ luxury respectively will be once more redefined. In an industry where digital clout has quickly become the path to brand relevance, will Instagram scrolls become as ‘worthless’ as traditional print media? I personally see both as equally important, but perhaps this sudden change will force advertisers to invest their money somewhere else?

As Instagram slowly but surely gets swapped for TikTok, most fashion brands are still struggling to find the right approach needed to be accepted on this younger, more animated video-sharing platform. If the rumours are true, at least Bottega Veneta won’t have to worry about it.