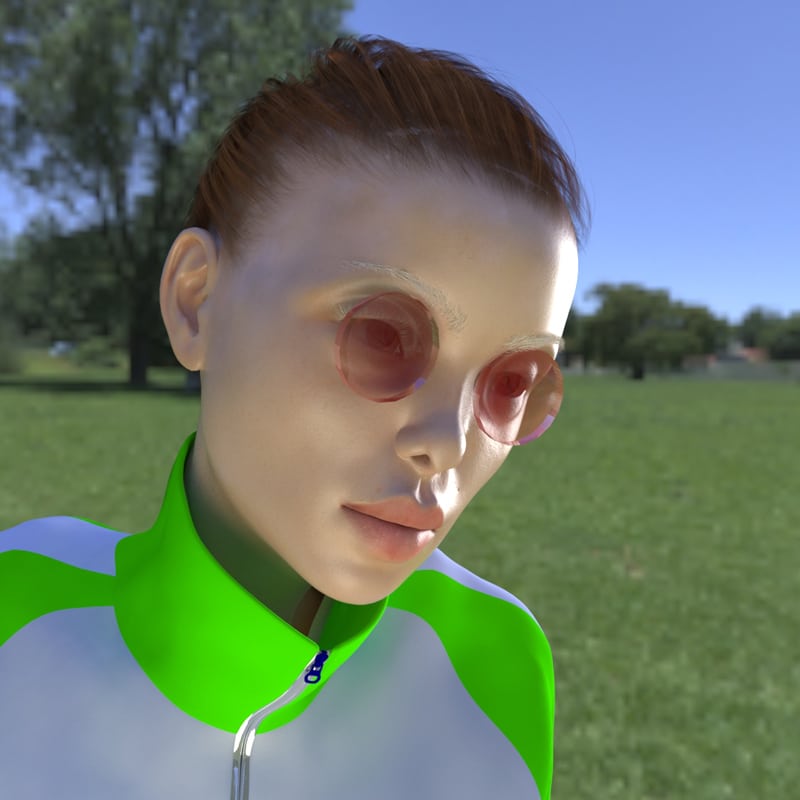 Could Yubo, the gen Z live video platform be the next big social media platform?

Aren’t we all tired of Instagram’s perfect pictures, people, bodies? Yes, we are, and yet, at the same time, let’s be honest, we’re not truly. The real problem is that we can’t stop using Instagram because no one else offered us a new and improved version of what we see as the main social media platform today. Or what if it had been there all along, but we just missed it until now?

Yubo, previously called Yellow, is the Paris-based live video platform created with new gen users in mind that favours sociability, sharing and authenticity over the typical validation mechanisms and ‘influencer culture’ that we’ve grown accustomed to on other platforms, such as Instagram, Facebook or even Twitter. Could Yubo be the next big social media platform?

Only time will tell, but things are looking pretty good for Yubo. Only last week, the live video platform raised more than £9 million. So how exactly does it work, and what makes it any different from Instagram and other social media platforms? Once you’ve downloaded the app and set a profile up, Yubo is pretty simple to use and quite similar to other social media apps. You add new friends (or old ones), either chat with them one-on-one or in group chats or share what you’re doing in real-time using live video streaming. The app asks its users to create a profile with “personal information, including your real name, mobile number and a photo that shows your face.”

A typical Yubo profile includes a profile picture, a biography where users describe themselves, links to their Snapchat, Instagram and Twitter accounts and a selection of five emojis that they would use to “describe themselves.” Users can then go on ‘Yubo meet-ups’ with whoever they connected with on the app. On the App Store, Yubo’s product description clearly states “SWIPE: meet new people nearby and from all over the world in a very easy way.” The app’s developers clearly didn’t weigh the pros and cons of using the word ‘swipe’ for a social media platform aimed at teenagers.

The app’s live video feature is the one that makes it so special but, although it’s highly praised by gen Zers, it also received a lot of bad press from the likes of The Daily Post and The Sun, who called the app “Tinder for teens.” Starting in 2018 and up until today, Yubo has been surrounded by controversy concerning its safety and the safety of its users, mostly teenagers. On its website, the app reasons that although Yubo is “a great place for young people to connect with friends,” as we know, “with any social network, things can sometimes go wrong.”

To help tackle this unsolvable problem, Yubo provides a number of safety features, including technical tools, human moderators and a reporting feature. It aims to respond within 24 hours to reports of the app’s community guidelines being broken—whether it does so or not is an entirely different question. And yet, if you Google ‘Yubo app’, the first results that come up are videos titled “Yubo is DANGEROUS (+ r/CreepyPMs)” and “DATING APP FOR CHILDREN?!?!?! WE NEED TO STOP Yubo,” against someone else’s opinion titled “yubo, definitely not a dating app.”

It is clear that the polemic is still very much there, but with approximately more than 20 million users worldwide, it doesn’t seem to stop Yubo from growing. The next obvious question is how is the app making money? It’s simple, by offering Yubo users an in-app purchase, the ‘Yubo Power Pack’ that allows them to ‘Boost’ their live video, ‘Turbo’ their profile, and ‘Super Request’ friends.

Boosting a live will push it to the top of the live feed, making it more visible to users and bringing more people to watch it. Using a Turbo will boost a user’s profile on the Swipe feature for 30 minutes, giving the profile more visibility and attracting more potential friends. To finish it off, a Super Request to friend request someone will make it appear at the top of the other person’s requests, giving more visibility to the user’s request. For many, these paid-for features sound very similar to the ones available for purchase on dating apps like Tinder.

So, is Yubo a dating app for teens? Technically, no, it is a social media app, and like many previous ones it is here to facilitate meeting like-minded people online. The bad rep the app has received seems unfair since any social media platform should be accused of exactly the same problem. Apps like Facebook, Instagram, TikTok, Twitter and Yubo all present safety problems that unfortunately come with the many positives that our digital world offers. The next step is figuring out a way of making it safer for new gens. Who will be the first one to tackle this issue is yet to be answered.

How TikTok is quickly becoming the number one social media app

For a great many of us, the prospect of a world without Instagram or Facebook is simply inconceivable. It is easier to imagine a reality in which oxygen is no longer free than to picture one in which likes and Stories are nonexistent. But the surging popularity of a new Chinese app called TikTok may be signalling the twilight of the Facebook app dynasty (including Instagram and Messenger) and the rise of a new ruler of the social media realm. In 2018, TikTok’s download rates surpassed those of Instagram and Facebook, and have continued to rise in the past few months throughout the U.S., Europe, and Southeast Asia.

TikTok is one of the most recent creations by ByteDance—a Beijing based tech company that produces machine learning-enabled content platforms. TikTok’s first incarnation emerged in 2016 in the form of Douyin—a media app for sharing and creating videos exclusively for the Chinese market. In 2017, ByteDance merged the Chinese app Musical.ly (which was highly popular in the West) with Douyin to create TikTok, an app that resembles Snapchat but centres exclusively around enhanced micro-video content. The merge with Musical.ly proved to be seamless, as the majority of the former app’s users and influencers quickly adapted to TikTok.

Ensnared in myriad scandals, the public’s trust in Facebook has been steadily plunging, and along with it its stock value. Last year, the company lost $120 billion after warnings that its revenue growth will plummet. But sizzling scandals and stock-market undulations are not the only soft-spots of Facebook, as its primary flaw seems to be its inability to appeal to the youth. With its flagship app gradually becoming a virtual nursing home—where grandmas and millennials vent their scorn and stalk old lovers who may not even be alive at this point—and Instagram failing to penetrate the Gen Z market, the Facebook ‘family’ appears to be in the early stages of its downfall. For a moment, Snapchat seemed to be the next ‘it’ app, but that hope never materialised.

This is where TikTok beats them all. The youth, which appears to be increasingly interested in the app’s features and responds favourably to its user interface is migrating to the platform en masse.

Unlike other social media apps, TikTok’s function is fairly limited, as all it enables users to do is create 15-second videos and share them with their network. Yet ByteDance managed to tap right into the core of youth’s fascination with micro-video content that’s light and entertaining, by offering a wide variety of effects and editing options (something that’s lacking from Facebook and Instagram stories). And so TikTok serves Gen Z and soon Alpha precisely what they’re after—content that is live, short, potentially-viral, and, well… silly.

The app’s popularity has been exploding over the past year. In 2018, TikTok was the fourth most downloaded non-game app, with 663 million new downloads, surpassing Instagram which gained 444 new downloads. In the App store alone, TikTok’s download rates exceeded those of Facebook, Messenger, and WhatsApp. Should the numbers remain steady, TikTok can be expected to surpass Facebook and Instagram in overall popularity worldwide (let us not forget that it also dominates the Southeast Asian market, something that Western apps are unable to do due to censorship barriers).

The conquering of the social media landscape by TikTok could have several ramifications. Firstly, it would most likely alter the way in which the future generation communicates, with words and pictures replaced by short, heavily edited memes.

It would also generate significant changes in the market, which currently relies heavily on the models of existing social media platforms, such as Instagram. In a TikTok-dominated world, influences, businesses, and corporations will have to find a new way to promote their products, capture the attention of buyers, and adapt to new metrics indicating popularity and profitability.

Finally, what would be the consequences of having a Chinese company owning all our social-media data? This question may be too vague to answer with certainty, but China’s policies regarding censorship, surveillance, and curtailing of freedom of speech sure make this prospect unsettling (to put it mildly).

On a more personal level, a TikTok takeover gives us a chance to reexamine our interaction with social media. Before replicating our virtual lives onto yet another platform we, the veterans of the social media revolution, must ask ourselves: where are we going with this? Do these platforms contribute to or impede our personal and spiritual growth? What toll have they been taking on our mental wellbeing? Can our thoughts and feelings and aspirations be effectively expressed in a 15-second video? And what would be the consequences for doing so?

The rise of TikTok gives us a golden opportunity to question. To prioritise. To reconsider the value of life beyond the screen.