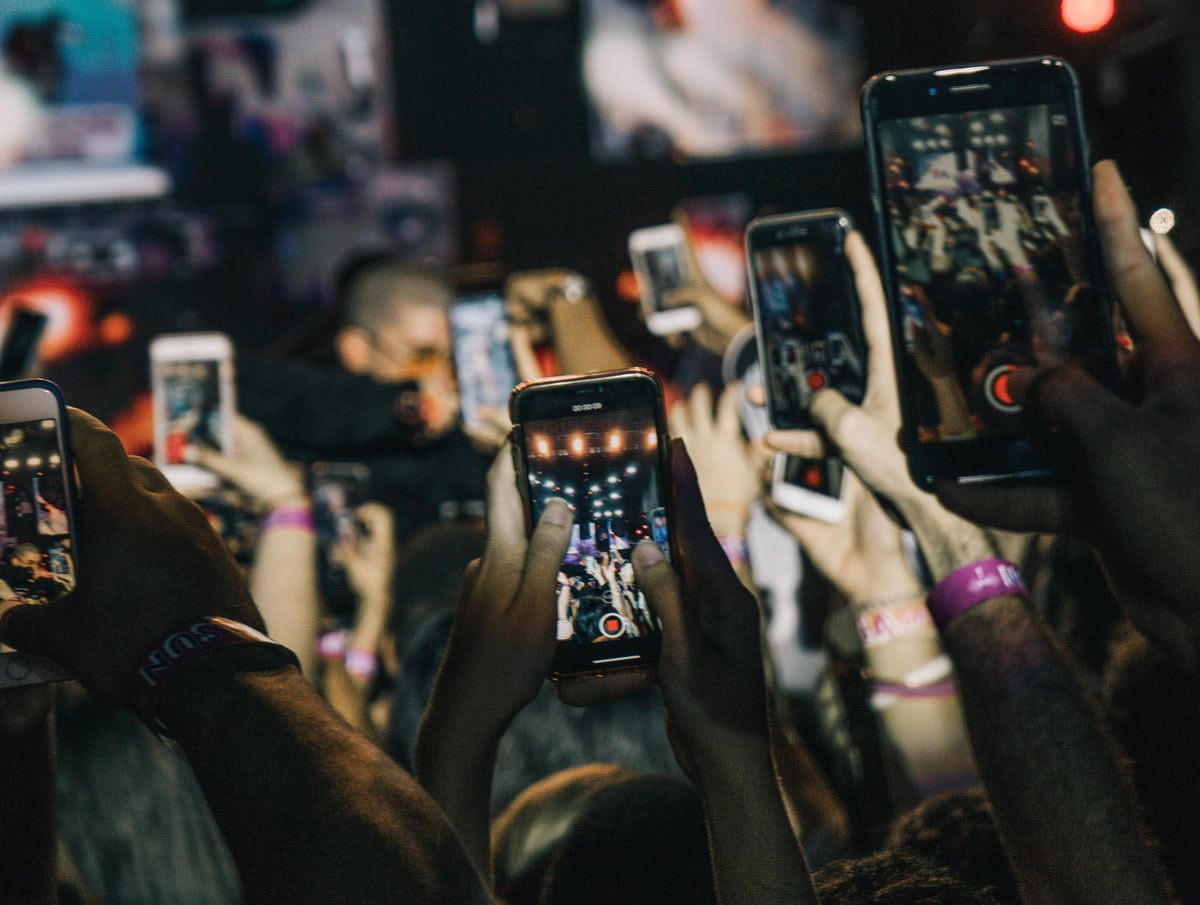 Instagram remains one of the world’s most popular social media platforms in 2021. The Facebook-owned photo and video sharing app is a regular fix for roughly 1 billion active users worldwide. Photos are the most common type of content shared, but users overlooking Instagram’s video sharing capabilities miss out on quality opportunities to engage followers.

In this article, I’ll explain why adding video to your Instagram feed is a smart idea and will provide you with extra tips on how to best utilise Instagram’s various video sharing options.

Connecting with your audience is the main goal when posting on Instagram. On average, video content generates the most engagement of all Instagram posting options. Videos stand out in the sea of photos on Instagram’s feed and high-quality video is now accessible to anyone with a professional-grade camera embedded in their smartphone.

If you haven’t considered posting videos before, it’s time to do so. Online content is the future of entertainment and video rests at the epicentre of online’s strongest content generator, social media. By 2022, online videos will make up more than 82 per cent of all consumer internet traffic. I mean, just look at TikTok today!

Instagram has continually expanded its video sharing options, now with five types of video to choose from:

– Instagram Video Stories: Vertical videos of up to fifteen seconds posted on your Instagram Story that disappear after 24 hours.

– IGTV Videos: longer-form videos—between fifteen seconds and ten minutes (sixty minutes if you’re verified)—that can be organised into series, just like on YouTube.

– Instagram Live Videos: live-streamed vertical videos that appear in your Story and can be saved to IGTV.

Utilise each format to diversify your Instagram video content and provide variety in your feed for your followers.

Online video is traditionally formatted horizontally, but vertical videos are becoming more popular as users view content primarily on mobile devices. In fact, 57 per cent of video plays come from mobile devices and smartphone users hold their phones vertically 94 per cent of the time.

Storytelling grabs the emotional attention of your audience and allows them to connect with your message. Photos limit your ability to create a narrative that speaks to users. Capitalise on the exponential creative freedom video content offers and tell a story that resonates with your followers.

4. Capture the attention of your audience

Engage the viewer within the first 3 seconds of your Instagram video. Attention spans are short and you need to give your audience a reason to keep watching. Instagram videos under two minutes long generate the most engagement, so keep it short and sweet.

You don’t have to be a professional videographer to create high-quality, engaging Instagram video content. User-friendly apps such as iMovie, Apple Clips, and InShot allow you to edit video footage straight on your phone. Others, like Adobe Premiere Rush and Magisto incorporate AI technology to automate editing.

A compelling narrative is a must to capture the attention of your audience, but without a call-to-action, they won’t know where to go when the video ends. Whether you’re trying to sell a product, gain more followers or increase engagement through comments, provide a clear call-to-action to guide your viewer to the next step.

Instagram provides analytics and insights to help understand your audience and create strategic video content around their preferences.

– Use follower demographics to determine your target audience and what times they’re most active on Instagram.

– View Reach statistics to see how many people are visiting your profile and which videos saw the most impressions over a period of time.

– Track engagement metrics including likes, comments, shares, and saves for all of your videos to see which format, style, and strategy is most effective.

Stated by Think Branded Media, now that you’re armed with tips and tricks to create high-quality, interactive Instagram video content it’s time to start creating. Consistency is key, so create a video content calendar that works for you and strategically use the different types of Instagram video posts to generate engagement with your audience and foster an interactive community of followers. 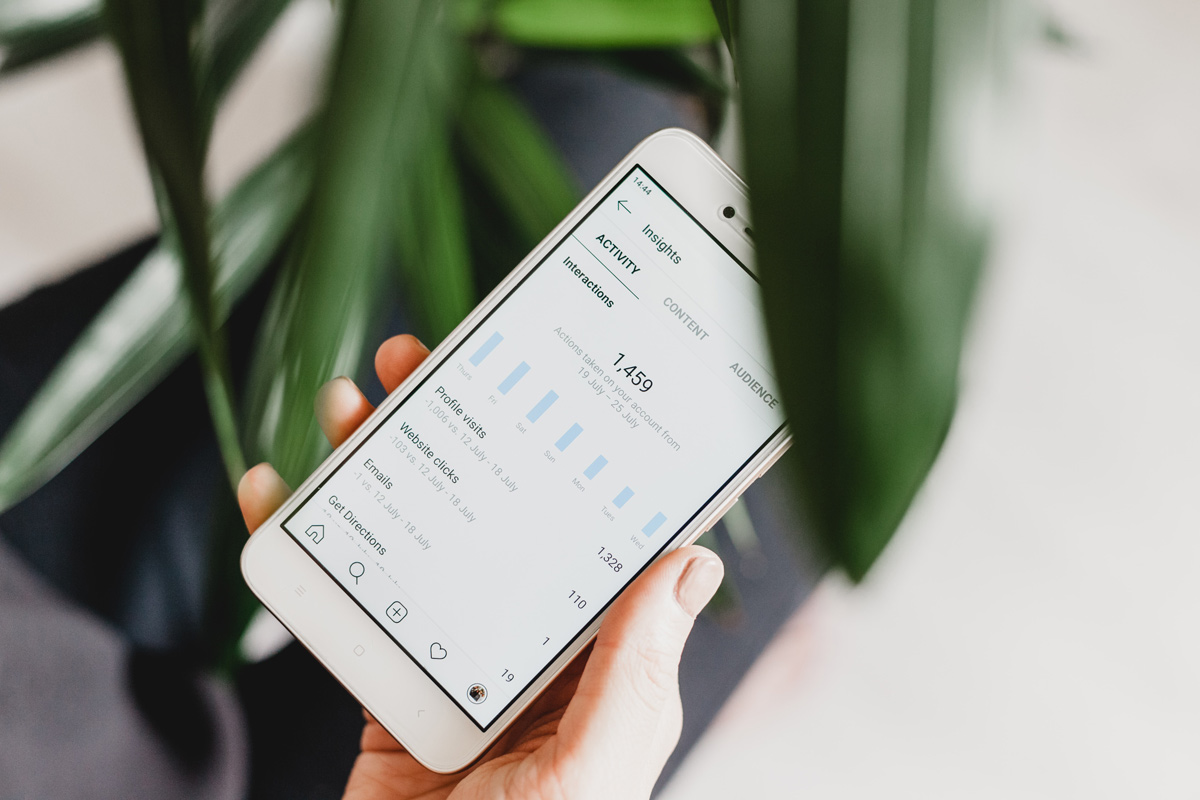 Am I shadowbanned on Instagram? Here’s how to tell and what to do

2. You are using software that violates Instagram’s Terms of Service, such as buying fake followers or auto-posting websites (Buffer is fine). You can use this link to see how to remove third party posters from your account.

3. You are exceeding your daily/hourly limits of engagement. Depending on the age of your account you receive 150 likes, 60 comments, and 60 follow or unfollow per hour.

4. You are using a broken or abused hashtag. Even innocent hashtags such as #besties can, and have become overrun with ‘offensive’ material. Instagram will ban or limit broken hashtags. So, if you use it, you will get shadowbanned. Here is a list of all banned hashtags you should avoid in 2021.

You can also check whether you’ve actually been shadowbanned on the app by going through those 3 simple steps.

What does shadowbanned mean?

Shadowbanning—also called stealth banning, ghost banning or comment ghosting—is the act of blocking or partially blocking a user or their content from an online community. Anyone who gets shadowbanned will not be told that they are, and most users will only realise it after a while. Signifiers include a noticeable dip in likes on new posts, or someone else notifying they are unable to tag or search the shadowbanned account.

Shadowbanning has been recorded on various internet platforms since the 80s, but it only started appearing on Instagram in 2017. Instagram explained that the ban is intentionally coded and that it aims to stop bots, spammers, as well as protect younger users from being exposed to ‘sensitive’ material. With around 1 billion users, it’s impossible for Instagram to monitor all its content manually, so specific topics have been classified as triggering.

Because of Instagram’s regular changes to its algorithm, these triggers are hard to keep tabs on. That’s why, in the same way banks might block your bank account as soon as they see fraudulent behaviour on it, Instagram shadowbans an account as soon as it deems it contains triggering content. However, as many people have witnessed in the last few months, the ban can sometimes block some accounts that don’t seem to be violating any terms. The question is, what does Instagram really qualifies as ‘triggering content’, and what can be done to avoid getting shadowbanned?

When Instagram started its trial to remove likes last year (mostly in the US at first), the social media platform also asked for a push in ‘authenticity’, and yet, there seemed to be a rising number of accounts deletion and censorship at that time. What I had noticed myself on my Instagram feed had then been confirmed by journalist Chanté Joseph in an article for The Guardian, which highlighted how the platform was, and still is, shadowbanning creative accounts, and queer-inclined ones more specifically.

London’s party and DJ collective Pxssy Palace has been one of the many accounts affected by the 2019 shadowban. Screen Shot spoke with them about it, “There is no denying that the algorithm is targeting specific groups as we can all see it for ourselves. Not being able to search people’s accounts under the ban, not seeing posts from people in months and the list is continuously growing. The fact is that racist posts have been left on feeds as they ‘do not break any of the community guidelines’ and it’s wack, as we have people’s accounts being taken down left, right, and centre for calling out these racist, homophobic individuals.”

Talking about how long exactly this has been going on, the collective added, “This has been going on for a while now, it’s been BPOCs who have been heavily targeted for also speaking out time and time again. The algorithm will never favour us and Instagram denying time and time again that it doesn’t shadowban is beyond frustrating now. It’s also frustrating how much we have been relying on this platform to connect with our community and inform them about events, so we are beginning to foster community offline and in other methods such as mailing lists and WhatsApp groups.”

As Pxssy Palace highlighted, this shadowban is particularly distressing to queer accounts, which actually rely on the social media platform to promote and sell tickets for events. As trivial as it might seem, the ban largely affects the LGBTQ community. “We shouldn’t have been relying on Instagram as the only method [for promotion], however, it was a really great tool. The internet could turn off tomorrow and we would have no idea of what’s going to happen—it’s a wake-up call to make sure we are fostering offline communities, so we are protected. At the moment, Instagram is directly affecting ticket sales, and therefore the livelihood of QTIPOC who work with us regularly,” shared Nadine Ahmad with Screen Shot.

The Instagram shadowban supposedly lasts for 14 days, although many users claim that they have been shadowbanned for several weeks, and sometimes even months.

So, if you think you have been shadowbanned too, here are 10 tips to get rid of that nasty shadowban:

Apparently, some people say that a two-day silence helps remove the ban. After that, feel free to keep on engaging, chatting, and using the platform as usual.

Delete hashtags from your recent posts, as some of these might be blocked or banned. Additionally, place your hashtags in the caption of your posts, not in the comments section, and don’t go overboard with hashtags. Never go near the maximum number of hashtags (30), and never repeat hashtags.

Contact Instagram and tell the company that your posts aren’t showing up in hashtag searches, but don’t tell them you’ve been shadowbanned.

Currently, the algorithm favours videos, and imagery over text, especially for sponsored posts.

Create a backup account, also known as a ‘sock’.

Try switching your profile to Male as @dyelindsey reports.

Check on Instagram which third-party applications you’ve given permission to, and delete as many as possible.

Use censored language, such as ‘s*x’, and acronyms.

Avoid engaging in any spam-like behaviour, such as mass liking, leaving short, duplicate comments, or regularly using keywords that are likely to flag as questionable.

In the meantime, let’s hope that the tips above help you prepare for the next shadow ban. If you think your account is somehow still getting censored for one reason or another, here’s my last trick that I originally found on the app itself. When you post some new content on Instagram, make sure you and your followers first save the post before liking and sharing it—the more, the better apparently. Good luck!