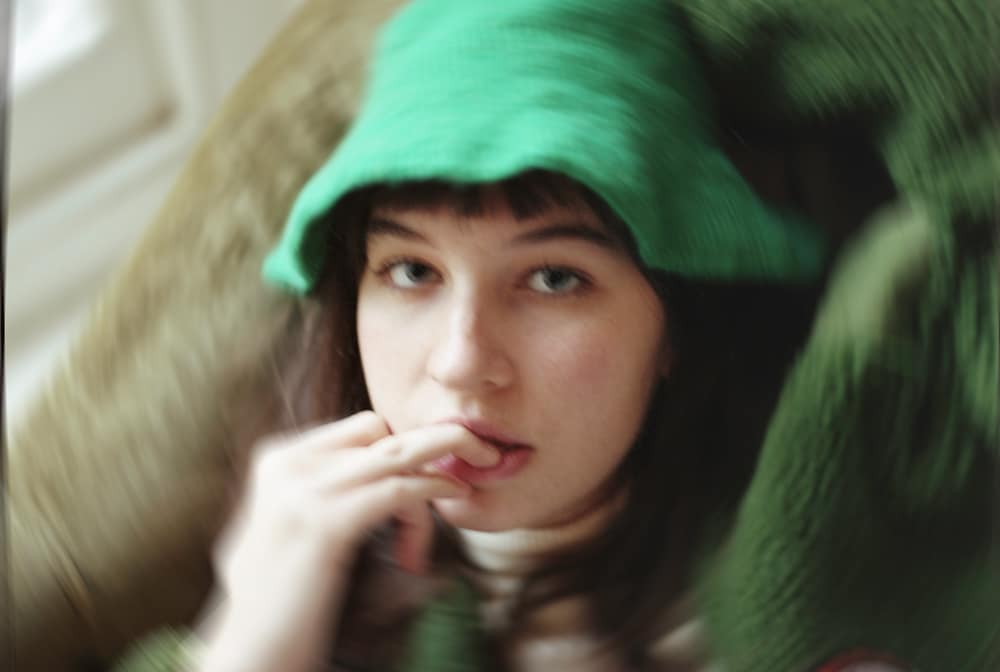 What is the app Triller and will it replace TikTok? Everything you need to know about both apps

As the TikTok saga continues to unfold, with President Trump banning the app in the US and Microsoft interested in buying it, many users are starting to realise the risk that the video-sharing app might represent when it comes to their data privacy. But the controversy brings one more problem to light: what are we going to do without TikTok? That’s where Triller comes in to save the day.

Initially released in 2015, the LA-based video-sharing app Triller has recently shot to number one in the app store in 50 countries. Similar to TikTok—so much so that people call it ‘the new TikTok’—Triller is a video-sharing platform where music is an integral part of the process. Triller’s CEO Mike Lu launched the app with the goal of “finding the next Justin Bieber or Chris Brown.”

While TikTok started as Musical.ly, a lip-syncing app that was extremely popular among pre-teens, Triller came on the market with a bang. The 3 biggest music companies (Sony, Universal, Warner) are all invested in the app, and so are dozens of artists (including The Weeknd, Lil’ Wayne and Kendrick Lamar). Co-owner of Triller, Jaeson Ma told The Hustle that some artists have compared the two apps and said: “TikTok is America’s Got Talent. Triller is MTV.”

The “music video maker app”, as it is described on Triller’s website, has shot to number one in the app store in countries such as the US, Australia, France, Britain, and Italy.

What are the differences between TikTok and Triller?

Like TikTok, Triller lets you record yourself lip-syncing or performing a song. The main difference is that the platform’s editing algorithm edits videos for you using “intelligent audio and facial analysis to decide when to cut.”

TikTok’s AI specialises in search and recommendations whereas Triller’s AI ‘edge’ is its ability to seamlessly edit music with videos and photos. Triller also integrates music players like Apple Music into the platform, which means that every time an artist’s song is played, it counts as a stream and the specific artist gets paid just like they do on Spotify. The real difference between TikTok and Triller lies in the fact that Triller appears to have its sight set on working with the music industry.

Who are the celebrities using Triller?

As another competitor in an increasingly crowded industry, Triller decided to join in on the action with the help of some major players. Started by app developers David Leiberman and Sammy Rubin (also creators of Disney Frozen: Karaoke), Triller later brought on award-winning music video director Colin Tilley who has previously worked with Kendrick Lamar, Justin Bieber, Nicki Minaj, and more.

In early 2019, Chance The Rapper, Cardi B and Chris Brown started posting on Triller. Because of the deals the app put in place with specific music labels, the videos could be shared without being taken down. From there, Triller’s content started making a name for itself around the internet.

According to Ma, Triller hasn’t “spent a dollar on marketing or influencer acquisition. We are a platform for artists. We empower artists to get their brand out in a way that is authentic to them. And that’s why they all post for free on the platform.”

Who are the TikTokers that left the platform for Triller?

At the very end of July 2020, after months of TikTok controversy, Josh Richards, Griffin Johnson, Noah Beck, and Anthony Reeves announced they were leaving TikTok over security and privacy concerns.

The four influencers initially rose to fame as members of TikTok collective Sway House. After announcing that they would be leaving the app, the TikTokers asked their combined following of 50 million followers to join them on Triller instead.

According to the Los Angeles Times, Josh Richards, who now has more than 250,000 followers on Triller, will act as chief strategy officer. Noah Beck, Griffin Johnson, and Anthony Reeves have signed on as investors and equity shareholders. However, even after this announcement, all four influencers have since then continued to post on TikTok.

Is Triller the end of TikTok?

While Triller certainly looks like it could become the next TikTok, other TikTokers such as Dixie D’Amelio, who has 32 million followers, and Addison Rae, who has 53.3 million followers have remained ‘loyal’ to TikTok and only urged their followers to follow them on Instagram and YouTube instead if something were to happen to the Chinese-owned app.

India has already banned TikTok from the beginning of July. Meanwhile, lawmakers in Japan are currently pushing to ban the app, while politicians in Australia and the UK are considering similar measures.

What’s next for Triller?

While Triller’s initial focus is music, the platform also hosts TikTok-type content of all sorts: comedy, cooking, fitness. Speaking about the next few steps for the growing platform, Ma said: “With our recent acquisition of Halogen Networks, Triller is expanding into more live and premium content that is exclusive to the platform.[…] Along with Eros Innovations, we closed a deal to have Triller be the home for the comeback fight between Mike Tyson and Roy Jones Jr. The bout is scheduled for 12 September and you can watch exclusive training videos on Triller in the lead-up to the PPV date.”

Triller has also gained significant new investors from the music industry, including Snoop Dogg, important managers and other notable industry executives. The app has reported a 500 per cent month-over-month growth and reached in July 2020, 55 million active monthly users and 8 million active daily users around the world, according to Forbes.

As we’ve seen with many other social media and video-sharing platforms—remember Vine?—only time will tell how Triller will play out. While we await the verdict on TikTok’s data privacy issues, perhaps it is time for us to move on to the next big thing and create a Triller account. As we’ve explained previously, it looks like Triller won’t be such an extreme change from TikTok. 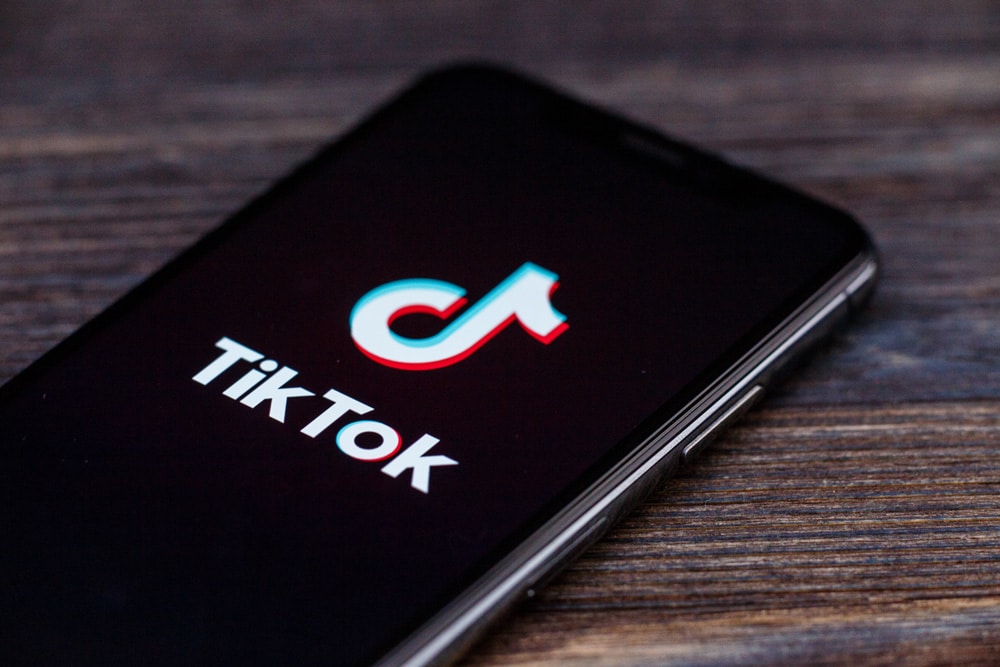 In a blog post on Sunday 2 August, Microsoft said that after a conversation between President Trump and its CEO Satya Nadella, “Microsoft is prepared to continue discussions to explore a purchase of TikTok in the United States.” This move follows Trump’s announcement on Friday that he planned to ban the Chinese-owned social media platform from operating in the US. What is the TikTok ban exactly and what will happen to the video-sharing app in the US?

Is Trump going to ban TikTok in the US?

On Friday 31 July, Trump declared that he was going to “ban” the app from operating in the US over national security concerns. However, the US president didn’t clarify exactly how he would do so and what such an order would entail.

Following this news, while TikTokers started posting goodbye videos with links to their Instagram and Byte accounts, US secretary of state Mike Pompeo made an appearance on Fox News on Sunday, where he claimed that TikTok is “feeding data directly to the Chinese Communist Party, their national security apparatus—could be their facial recognition pattern, it could be information about their residence, their phone numbers, their friends, who they’re connected to.”

Pompeo had mentioned the possibility of a ban as early as 7 July, saying it was “something we’re looking at.” TikTok denied the accusations, stressing that its user data is stored in the US “with strict control on employee access.”

In a blog post on Sunday, Microsoft said it was “prepared to continue discussions to explore a purchase of TikTok in the United States,” following a conversation between its CEO Satya Nadella and President Trump. It’s the first time the company has confirmed that it was in talks to acquire the Chinese-owned video-sharing platform.

“Microsoft fully appreciates the importance of addressing the President’s concerns. It is committed to acquiring TikTok subject to a complete security review and providing proper economic benefits to the United States, including the United States Treasury,” the blog post reads. The company also added that it expects to move “quickly to pursue discussions with TikTok’s parent company, ByteDance, in a matter of weeks, and in any event completing these discussions no later than September 15, 2020.”

For those of you thinking that this is nothing more than a simple interest in buying TikTok, the blog post also says that “the two companies have provided notice of their intent to explore a preliminary proposal that would involve a purchase of the TikTok service in the United States, Canada, Australia, and New Zealand and would result in Microsoft owning and operating TikTok in these markets.” This means that, although TikTok is not sold yet, the wheels are in motion.

It remains unclear exactly how Microsoft would take over those countries while not affecting other areas where TikTok operates, like Europe and Africa. Microsoft also explained it did not commit to undertaking the purchase entirely on its own, saying that the company “may invite other American investors to participate on a minority basis in this purchase.”

When will TikTok be sold in the US?

Microsoft’s blog post describes the discussions as “preliminary” but also states that if it was to buy TikTok, the deal should be done before 15 September. The software company also added that it would “ensure that all private data of TikTok’s American users is transferred to and remains in the United States. To the extent that any such data is currently stored or backed-up outside the United States, Microsoft would ensure that this data is deleted from servers outside the country after it is transferred.”