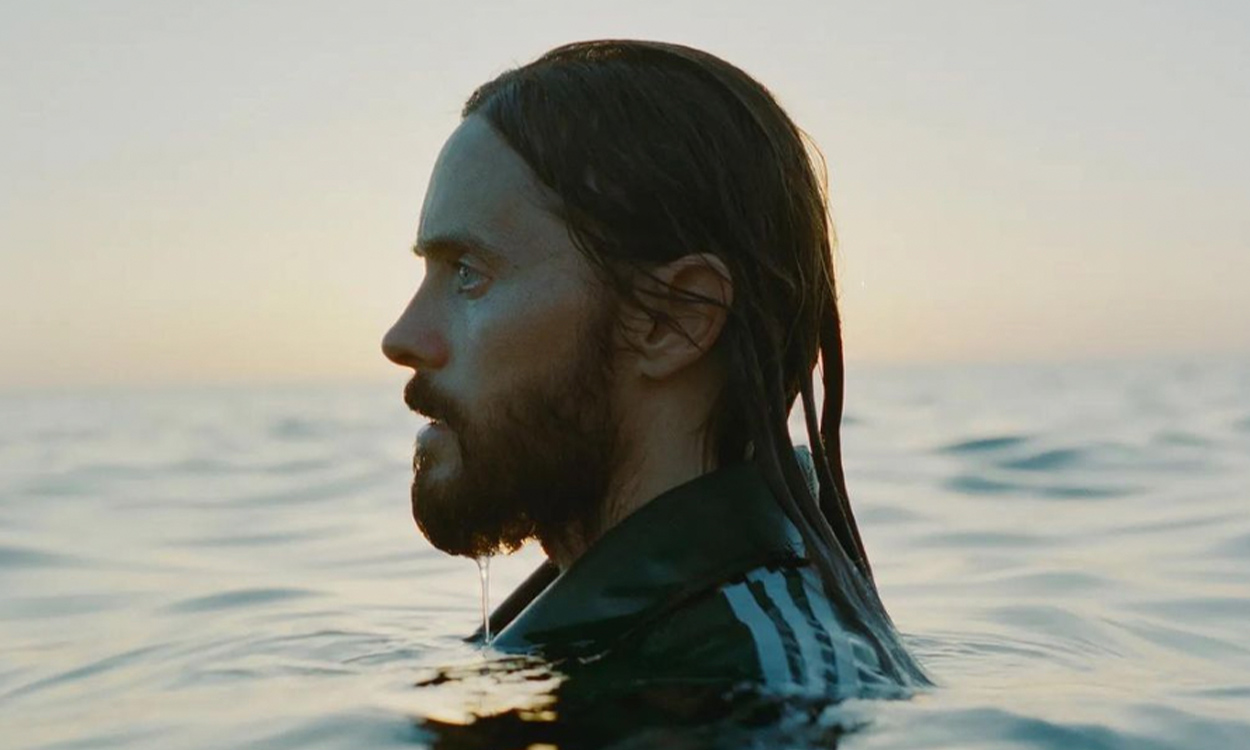 Whether you know him as the frontman of Thirty Seconds to Mars or as the controversial method actor that he is, one thing is for sure, Jared Leto has made a name for himself in Hollywood. Having recently made headlines for his upcoming role in the biopic about the late fashion designer Karl Lagerfeld, Leto is now making more waves online with yet another venture.

During a recent Vogue interview in which he discussed his new line of products while donning a loose-fitted dressing gown, Leto quite casually admitted how he’d “never really been interested in beauty products.” Understandably, shoppers still can’t quite figure out how such a lack of personal interest could result in a $97 eye cream.

The company’s 11-piece range of “botanical” products took direct inspiration from the actor’s discovery of the “rugged beauty” of the desert. The vegan and self-proclaimed wellness guru even bought a home in Nevada to further immerse himself in the Mojave Desert.

From the packaging to the products’ formulae, Leto has modelled the line off of the restorative benefits and resilient nature of the desert’s environment. But it also appears that restoration comes at a pretty hefty price. While the aforementioned ‘Mira Luna Eye Cream’ comes in at a whopping $97, its sibling facial moisturiser can be obtained for a ‘far more reasonable’ $87…

The Dallas Buyers Club actor has even teased the possibility of a future fragrance line, all of course produced in the same sustainable way. I suspect the cacti-infused perfume should only set you back a few hundred dollars.

Despite stories of the actor’s predatory past having circulated for years, Leto remains perpetually unscathed. It only takes a quick Google search to find detailed accounts of extremely problematic controversial behaviour, particularly in relation to numerous sexual assault allegations. However, as often is the case in Hollywood, Leto’s career seems to have developed in spite of these testimonies, and this new beauty range is a prime example.

As reported by The Guardian, celebrities such as Leto and fellow actor Brad Pitt, have begun to dive into these new ventures, plainly stating that they have no real interest in the industry, and then proceeding to demand extortionate amounts of money from customers. Make it make sense, right?

After Pitt launched his own genderless beauty range, Le Domaine, a collection of beauty entrepreneurs took to the internet, primed with an open letter addressed to the actor. Within the statement, they implored him to invest or partner with an already existing brand rather than create his own.

The group emphasised how celebrities’ blatant lack of interest and experience within the industry limits a great number of low-level employees who have a genuine passion for beauty and skincare, and whose dedication would translate into affordable products.

While celebrity beauty brands are in no way new, there is a lot to be said about the potentially evolutionary motivation behind them. Will this now become an ‘in trend’ bandwagon, propagated by celebs who fancy a piece of the pie?

Maybe the world would be a happier place if we all just entrusted the beauty industry into the safe hands of Rihanna. 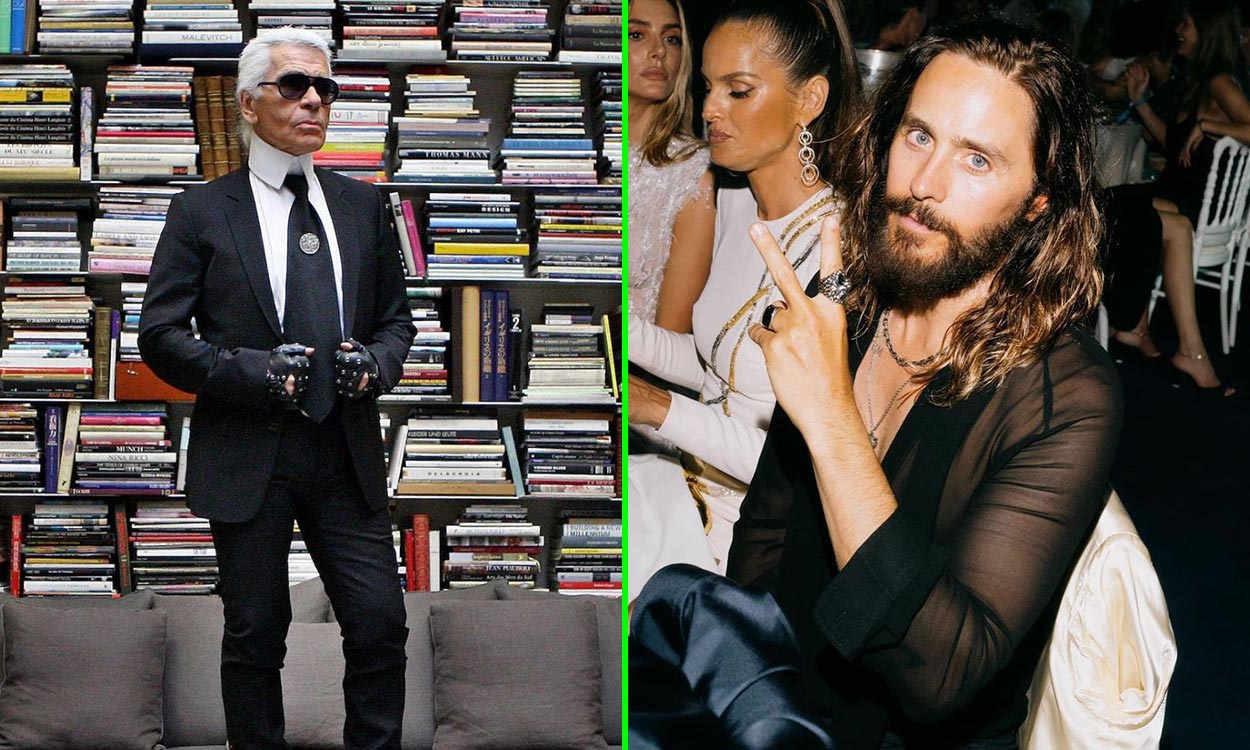 Once more, Jared Leto is proving himself to be truly untouchable. The musician and actor has announced that he is currently in the process of producing and starring in an upcoming biopic of fashion mogul Karl Lagerfeld. Leto’s status in Hollywood remains firmly in place despite an extensive history of problematic and predatory behaviour that spans as long as his Messiah-inspired hair.

According to NME, Leto plans to produce the biopic alongside partner Emma Ludbrook via their production company Paradox. The film will explore Lagerfeld’s six-decade-long career in the fashion industry, as well as a number of his personal relationships. The German Chanel creative director died in 2019 from complications of pancreatic cancer.

Leto recently revealed to Women’s Wear Daily (WWD) that he is partnering with the late designer’s fashion house to create the film and pay homage to the “creative powerhouse.”

“My role is to portray him on screen as honestly as possible,” Leto said. “With celebrity, most people don’t get to see under the surface. They see one or two facets of a person as presented through a public lens. Karl was a human being. We all have beauty within us and we all have faults. We have masks and then we have moments when we reveal the mask. I’m always interested in seeing what’s behind the mask.”

The method actor is due to collaborate with three of Lagerfeld’s most trusted confidants: Pier Paolo Righi, Caroline Lebar, and Sébastien Jondeau—all of whom will partner as executive producers of the upcoming film.

The news of the film arrived less than a week after the Met Gala announced the 2023 theme which was, you guessed it, Lagerfeld.

The decision to honour the fashion designer at the spring 2023 Costume Institute exhibition has been met with a flood of criticism. As reported by Refinery29, Lagerfeld, not unlike Leto, built an unbecoming reputation regarding his opinions on sexual assault, race, and body image.

The fashion mogul was outspoken on a number of issues that affected women. Most notably, he publicly dismissed and disparaged the #MeToo movement, even going as far as to state in a 2018 interview with The Cut, “If you don’t want your pants pulled about, don’t become a model! Join a nunnery, there’ll always be a place for you in the convent.”

Lagerfeld also made waves within the fashion industry by insisting that runway models should be ‘sample-size’ aka, not above a UK 6. This fatphobia, which remains rife within the industry, continued throughout the designer’s career.

While there has been no official date set for the start of production on Leto’s new project, we can hope that a number of other controversies—surrounding both the actor and the late designer—will continue to come to light amid the biopic buzz.