Egg freezing could soon be a fertility benefit at your workplace, but who is it really helping? – Screen Shot
Deep Dives Level Up Newsletters Saved Articles Challenges 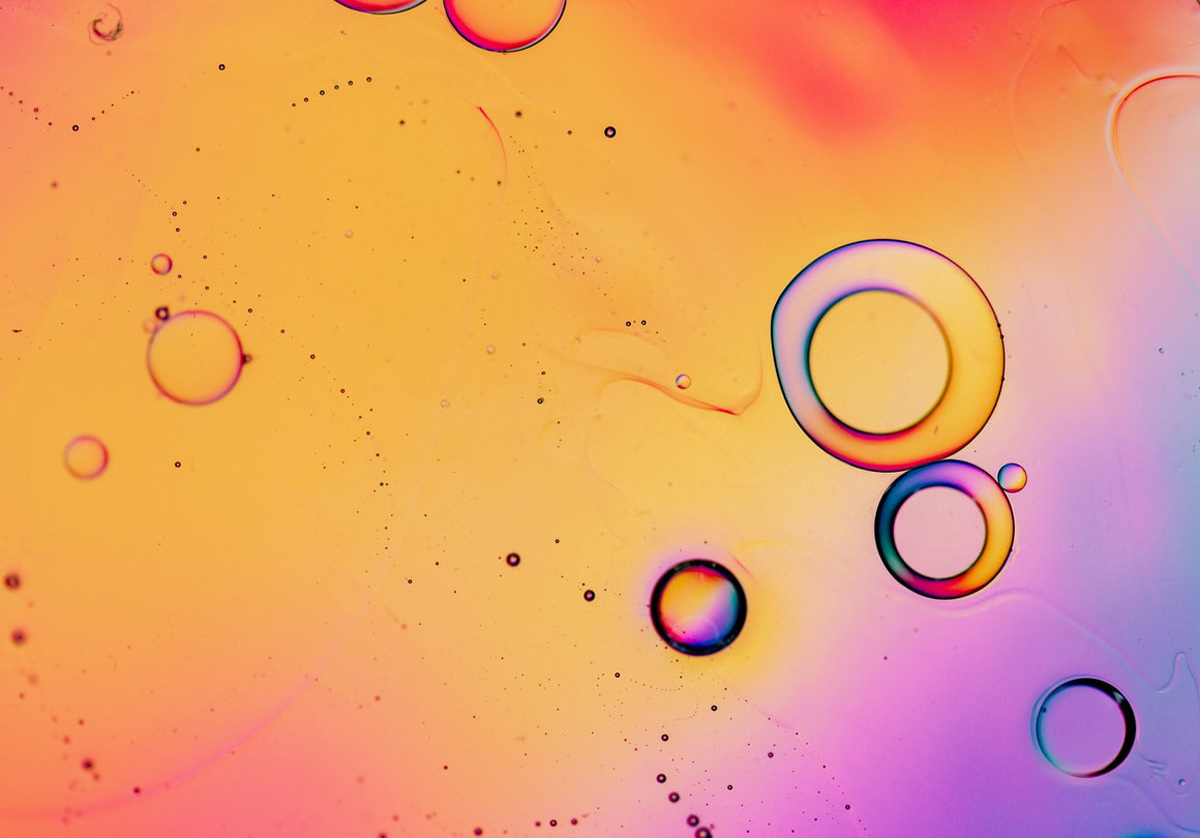 Egg freezing could soon be a fertility benefit at your workplace, but who is it really helping?

In a world where the cost of living rises and wages are as stagnated as ever, many have ditched the thought of having kids. Yes, even Rihanna couldn’t fuel a pregnancy movement among her audience. Be it holding off until the time is truly right or scrapping the idea of birthing children altogether—because let’s face it, childbirth does not look fun—procedures like oocyte cryopreservation (popularly known as ‘egg freezing’) have gained momentum. In the new millennial modern mainstream we find ourselves in, this method is all the rage.

Though many celebrities have been candidly open about egg freezing for their future plans such as Khloé Kardashian, Chrissy Teigen and Selling Sunset’s Heather Rae Young, the process is catching on for the rest of us as a workplace perk. For the better half of a decade now, big tech companies like Facebook, Google and Apple have covered the cost of putting their employees’ eggs in the cold incubator among a list of other benefits. With its fair share of pros and cons, it may soon become a perk for the rest of us. But what exactly is it?

Egg freezing is a way to keep women’s eggs viable for future use. On these terms, Mayo Clinic noted how “eggs harvested from your ovaries are frozen unfertilized and stored for later use.” We’ve come a very long way since the first baby was born from a frozen egg in 1986 it seems. In 2012, the American Society of Reproductive Medicine (ASRM) recommended that egg freezing could no longer be considered an “experimental” procedure. In recent years, the process has become more popular than ever with NYU Lagone reporting an increase of 41 per cent, between June and September of 2020, compared to the same period of the previous year.

While Zuckerberg is busy in the Metaverse, coaxing us to dive into the digital realm ourselves, his company is also offering its employees some interesting benefits—including: extended maternity leaves, free beers, death benefits and even, you guessed it, his female employees are being offered the chance to freeze their eggs.

The process in question might seem like a really handy method for planning a future family, but it’s certainly not easy. For starters, there’s no guarantee that egg freezing is a safe and sure bet. Each oocyte only has a four to 12 per cent chance of making it through a successful pregnancy. On top of that the costs, in terms of both time and money, are high. In the US, the grand total can easily amount to $15,000 (£11,068), with the lowest rates resting at a sizeable $8,000 (£5,903). This number has drawn in a horde of greedy-eyed investors and start-ups to profit off the expensive procedure, leaving a lot of women in the balance. The age-old conundrum for us girls is brought up again: how do you do what you want to with your body without bankrupting yourself?

SCREENSHOT previously investigated this medical shift in reproductive health in an interview with Suvir Venkataraman, the general manager at Harley Street Fertility Clinic (HSFC) in London. In the UK, treatment—in which the ovaries are hyper-stimulated with a series of hormone injections, retrieved with a needle and individually fast-frozen in a process called vitrification and stored for later use—can cost around £3,500, “but the [hormone injections] can cost from £600 to £1,800 depending on the patient.” Patients also have to undergo a procedure to fertilise the eggs called ‘Intracytoplasmic sperm injection’ (ICSI) as only a small percentage of them are mature and capable of being fertilised. “In the past, the survival rate of frozen eggs was 30 per cent, now it’s 90 per cent,” Venkataraman told us in November 2019.

In the US, the number of women who froze their eggs rose by more than 1,000 per cent between 2009 and 2016. In the past decade, Silicon Valley companies such as Facebook have offered egg freezing for employees as an extra aid—being one of the first to do so—to help younger female workers, who may not want children in their 20s, to keep the option for the future. According to Business Insider, Virgin Group CEO Richard Branson said he wanted to steal the idea. Following the larger trend of millennials giving birth later in life, the script has now flipped with women in their 30s having more children than their younger 20s counterparts.

An entire ecosystem has been created around this need, with companies such as Prelude and Extend Fertility swooping in to save the day—or future days, depending on how you look at it—for those of us who aren’t Meta employees. These start-ups offer services to close the market gap for people who aren’t blessed with tech jobs to cover the costs of their procedures.

Susan Hertzberg, CEO of Prelude, explained this further in the same interview with Business Insider: “Unfortunately, our hearts’ desire and our desire for lifestyle choice is very different than our biology.” At Prelude, Hertzberg said that she mainly encounters queries centred around uncertainty about having kids, not necessarily the wants and needs of their employers.

However, this move from companies has its detractors, who claim that this urges women to prioritise work over family. For these critics, while inclusive policies are necessary for development, it is in large part tugging at dead weeds—a bandaid on a broken system that forces women to stay chained to their jobs.

Descending into the dark ages of expectations for women and work, those wary of these benefits say how rather than providing an array of choices for women, egg freezing (especially offered by corporates) can set up heavy expectations.

Adopting a more optimistic mindset, Hertzberg claimed that “it’s not one or the other,” suggesting companies should offer flexible schedules as well as egg freezing, to show their employees that both work and family matter in the long run. 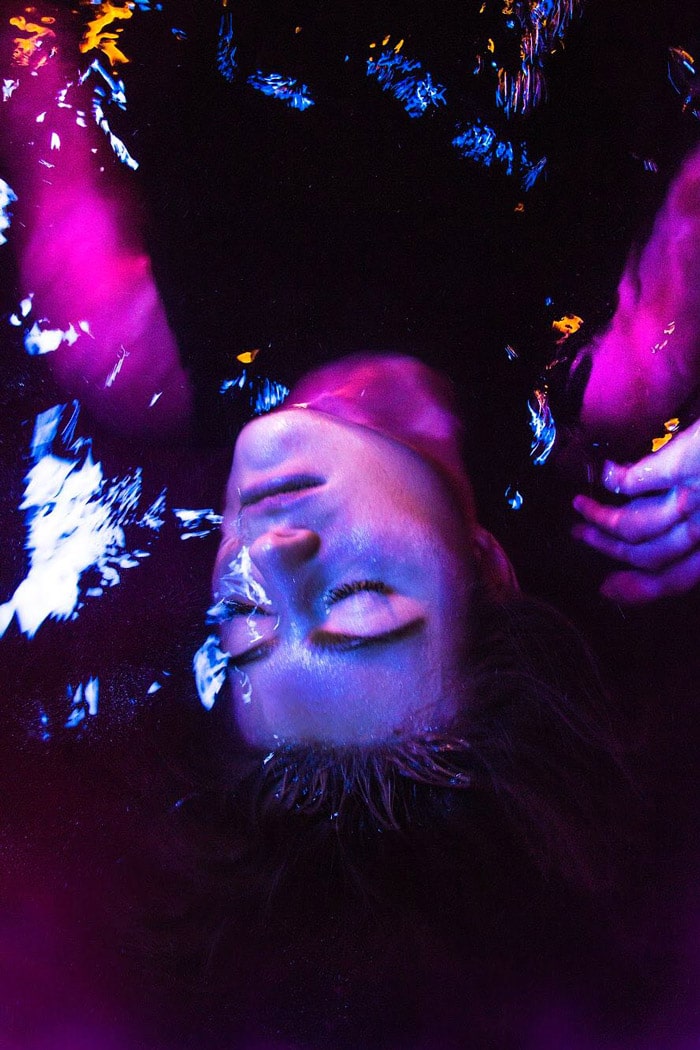 Egg freezing has become standard practice for big companies, but what are the pros and cons?

Egg freezing has become standard practice for big companies, but what are the pros and cons?

In an attempt to encourage a work and life balance and close its embarrassing gender pay gap, which reaches to 50,6 per cent, Goldman Sachs launched its new benefit scheme for its employees earlier this month—a fund of $20,000 (£15,400) to cover the costs of extracting or purchasing donated eggs for prospect parents.

This is not the first time a company announces a scheme of that nature. In 2014, tech-titans Apple and Facebook made headlines when they announced that they would include the option of egg freezing among their work benefits. Goldman’s ‘Pathways to parenthood’ project also includes delivering mothers’ breast milk to their children should they have to be away for work, and offers emergency nannies to look after unwell children.

While the efforts of a company of monstrous power to close gender pay gaps should not be dismissed, the reality is that it won’t solve mothers’ problems and maintain a work and life balance. Rather, it will only increase their time spent at work by preventing women from being there for their families or even being present to in order to create one.

Egg freezing is a method of fertility preservation. Some women wish to freeze their eggs for medical reasons, such as cancer or any other illness that may trigger early menopause (in that case the process of egg freezing can be funded by NHS). Alternatively, other women go for ‘social egg freezing’, referring to women who wish to conceive at an older age due to career or high-risk career jobs (such as working in the army) or women who have yet to start hormone therapy when wishing to go through a sex change.

“The process overall lasts 12 to 40 days, beginning with the woman’s circle,” explained Suvir Venkataraman, the general manager at Harley Street Fertility Clinic in London. The ovaries are hyperstimulated with hormone injections in order to produce more than a single egg (which is usually produced in one menstrual circle). The eggs are then retrieved with a needle via a low-risk surgical procedure,  individually fast-frozen via a method called vitrification, and placed in liquid nitrogen until needed. The eggs can usually be stored for up to ten years.

“The treatment costs £3,500 but the medicine can cost from £600 to £1,800 depending on the patient. Overall we’re issuing a cost of £4,000 to £5,500 per circle,” says Venkataraman. On top of the costs, you will need to undergo the procedure to fertilise the eggs (called ICSI) and factor in the potential of more circles needed in order to bank 10 to 20 eggs for a successful outcome, as only a small percentage of eggs are mature and capable of being fertilised. The success rate? “In the past, the survival rate of frozen eggs was 30 per cent now its 90 per cent,” shares Venkataraman.

It’s hard to give a definite answer, however, as only 2,000 babies have been born worldwide from frozen eggs, 700 of them in the UK, according to the Human Fertilisation and Embryology Authority (HFEA). In 2017, only 19 per cent of IVF treatments using the patient’s own frozen eggs were successful. Furthermore, regardless of the condition of the fertile eggs themselves, older patients are at an increased risk for miscarriages and pregnancy-related complications.

Freezing fresh embryos (either from a donor or the patient’s partner), on the other hand, has a higher success rate, as embryos are not affected by the length of time they are frozen for. The process has helped prospect parents, and Hannah Selinger was one of the patients who had frozen her eggs, too. Sellinger spent $17,000 and claims that she regretted the whole process. She conceived naturally and, sardonically, during her pregnancy had found out that her eggs were destroyed. The reason was a lapse in communication, as she didn’t receive the egg-rent reminders due to her moving to a new place.

Discussing Goldman Sachs’s scheme, Sellinger said that despite her experience she isn’t against egg freezing, and that she believes the problem lies elsewhere. “I think the real problem is to care about mothers, make sure that that mothers take six months to a year off, and that should be the case for paternity leave, too. It would be wiser for my government to move into that direction rather than ban abortions, I am only able to have children cause my husband makes enough money from me to do what I do.”

While Venkataraman claims, “It’s really nice that we can help someone, because it means that they’ll do as they please. Because we all live longer, our quality of life is better, we are able to stretch our biological clock and egg freezing allows women to do that with fertility as well. It’s a great option but I don’t think the socio-political system should force someone to do it.” If you wish to freeze your eggs, feel free to do it. But don’t do it because your company told you to, because your company won’t care about you—it will care about the money you’re making.