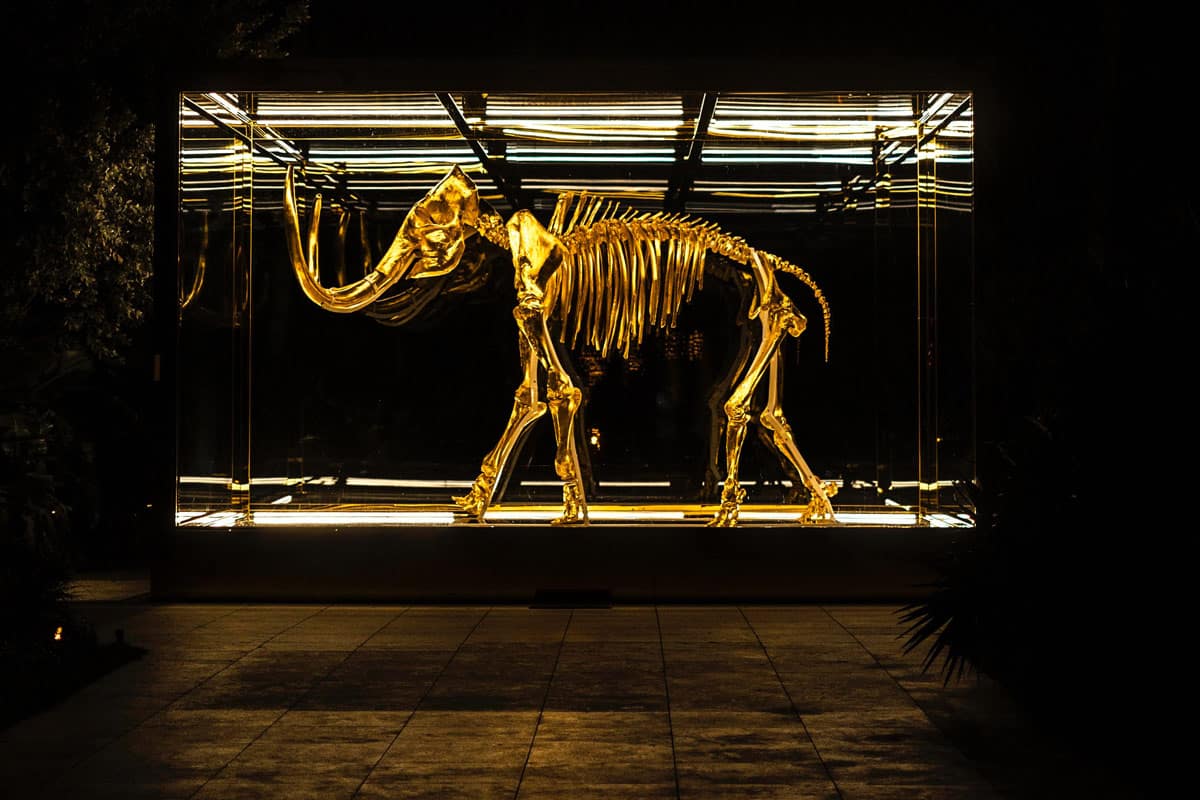 The woolly mammoth vanished from the Earth around 4,000 years ago and, until recent decades, it was believed that it would stay that way forever. However, a bioscience firm that has recently raised a huge amount of money begs to differ, as it’s now revealed it is on a mission to bring back the woolly mammoth from extinction. Are we on the brink of a great woolly mammoth comeback? Well, sort of.

The boost in the sizeable chunk of $15 million (£11 million) was raised by the bioscience and genetics company Colossal—which was founded by tech entrepreneur Ben Lamm and George Church, a professor of genetics who has pioneered new approaches to gene editing at Harvard Medical School. The money would be used to produce a “hybrid elephant-mammoth embryo,” Church told The Guardian.

The birth of a mammophant

Sorry to break the ice, but we won’t be seeing a real-life rendition of Manny from Ice Age for quite some time. “It would be more like an elephant with a number of mammoth traits. We’re not there yet, but it could happen in a couple of years,” Church continued.

Instead, as the geneticist noted, this lab-formed creature would be partly elephant in genetic structure while also possessing specific features associated with mammoths: small ears, subcutaneous fat, long shaggy hair and cold-adapted blood. The mammoth genes for these traits, which would be spliced into the element DNA, using the gene-editing tool CRISPR, have been given the loveable name of a ‘mammophant’.

Since the conception of the project in 2015, researchers on the team have made significant progress—increasing the number of edits where mammoth DNA is spliced into the elephant genome from 15 to 45. As of 2021, the team has progressed from the ‘cell stage’ and is now moving towards creating embryos of the mammophant. Those leading the project, however, highlight how it will be many years before any serious attempt at producing a living mammophant is conducted.

Why bring the mammoth (or mammophant) back?

It begs the question: why go through all this time, effort and money to bring these creatures into existence in the first place? The reasons are twofold: the project argues these scientific advancements could help conserve already existing (but rapidly growing endangered) Asian elephants by equipping them with traits that could allow them to thrive in vast stretches of the Arctic known as the mammoth steppe.

Another reason behind this project, some scientists argue, is that introducing herds of mammophants to the Arctic tundra could help restore degraded habitat. If implemented successfully, there is reason to believe their existence could negate some of the detrimental impacts to the area brought around by the climate crisis—for instance, knocking down trees and restoring the former Arctic grasslands.

However, it’s not as simple as it sounds. Some researchers believe there are more effective ways to restore the tundra. In an interview with Yahoo! News, Doctor Victoria Herridge, an evolutionary biologist at the Natural History Museum, highlights how the enormous scale of the experiment—with no guarantee of its success—makes it an unfeasible method of tackling the climate crisis. “You are talking about hundreds of thousands of mammoths, which each take 22 months to gestate and 30 years to grow to maturity,” she highlighted.

Although I love the idea of humanity one day walking alongside these creatures, there is weight to her argument. Gareth Phoenix, a researcher at the University of Sheffield highlighted how forming mammophants is “proposed as a solution to help stop permafrost thaw because they will remove trees, trample and compact the ground and convert landscapes to grassland, which can help keep the ground cool. However, we know in the forested Arctic regions that trees and moss cover can be critical in protecting permafrost, so removing the trees and trampling the moss would be the last thing you’d want to do.”

Is it even ethical?

Even if the environmental incentive for bringing mammophants into this world was clear cut, the ethical implications of doing so remain somewhat messy. First, we have to remind ourselves that these aren’t simply technological or genetic advances—they’re living, breathing, and most importantly, social creatures. Matthew Cobb, professor of zoology at the University of Manchester urged that we consider the impact these experiments could have on their potential end result, the elephant-mammoth hybrid. Will it be accepted and “greeted by elephants?

As our scientific advancement continues to grow, we’ll continue to be faced with the question of whether humanity should be playing God. Did we learn nothing from the Jurassic Park movies? On one hand, the environmental arguments for de-extinction of the mammoth are persuasive; however, this shouldn’t overshadow the fact that, if successful, we will be bringing very real, sentient and social creatures into the world. Whichever side of the argument you’re on, we still have time for debate—as mentioned above, there is still a lot more science that needs to be done… Until then, the task of bringing back a mammoth is as big as a mammoth itself. 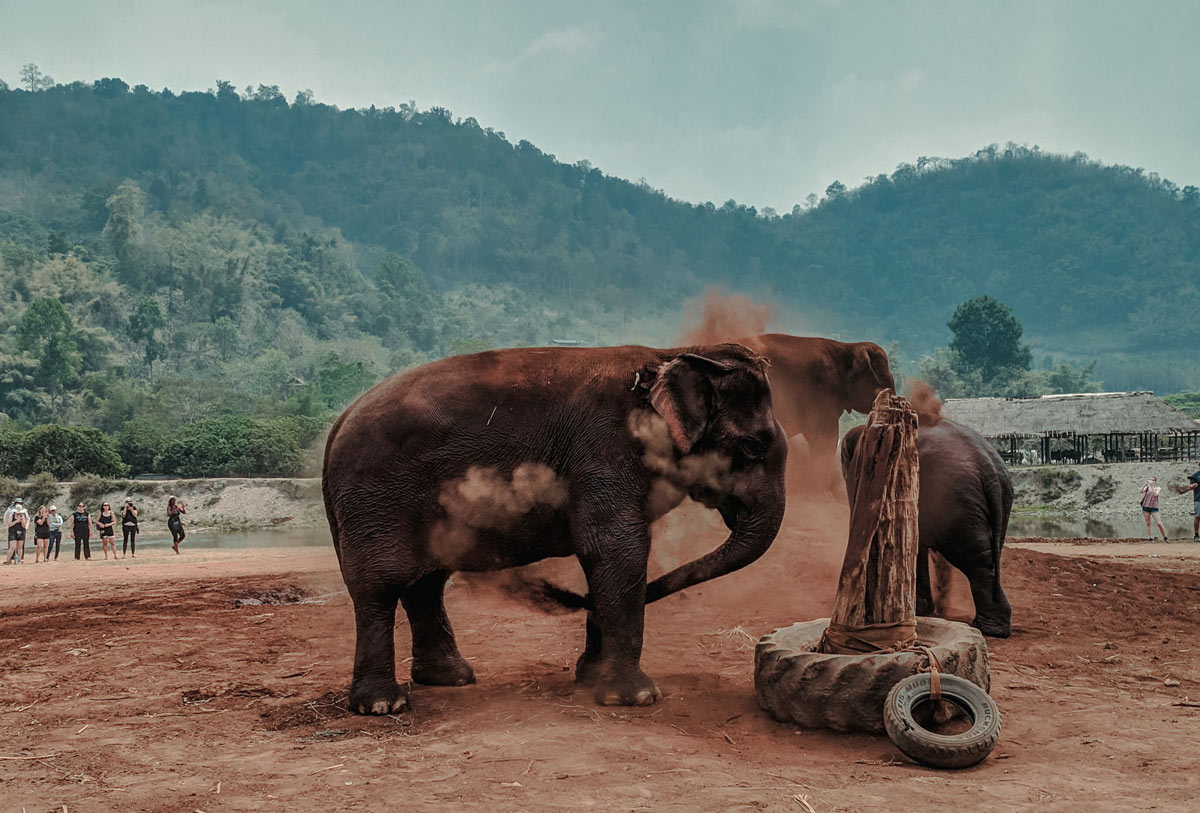