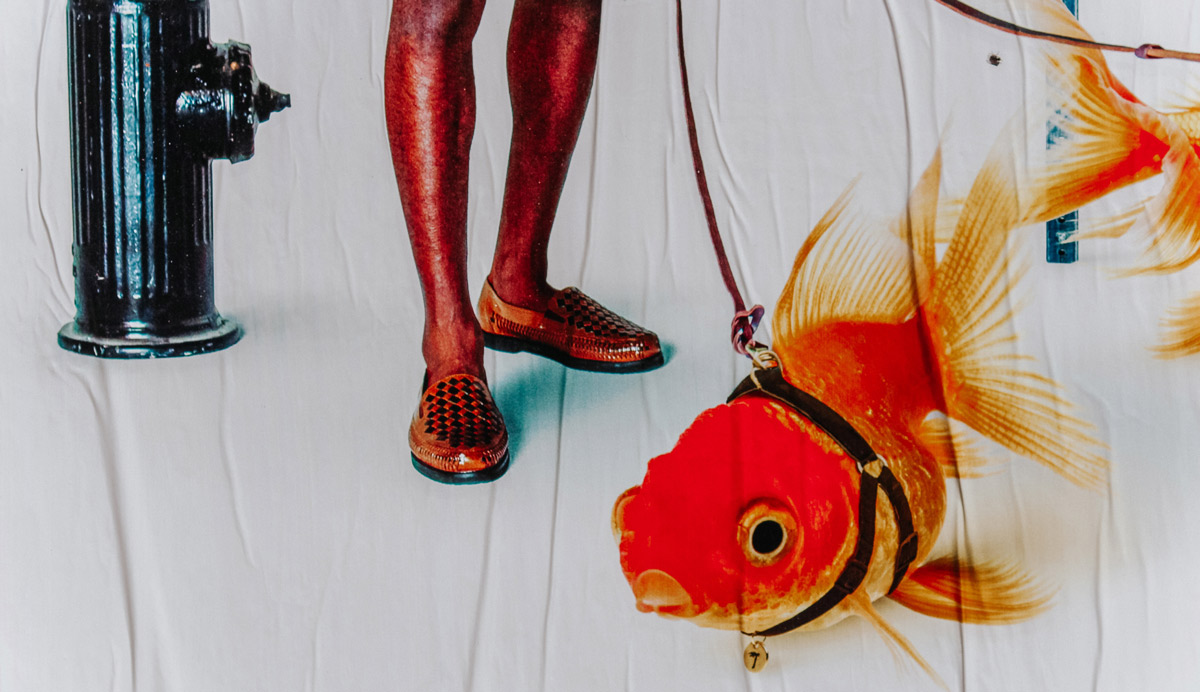 Scientists have trained goldfishes to drive a mobile aquarium on land

Back in 2012, there was a possibility that you could pull up next to a Bearded Collie-cross puppy in a customised MINI Cooper at a traffic light. In 2019, this fever dream extended to include rats—driving around in tiny cars to lower their stress levels. Four days into 2022, we’ve got ‘swimming and drifting’ replacing ‘drinking and driving’ as goldfishes have taken the initiative to drive themselves around since we won’t take them out for a walk ourselves.

A group of scientists from Ben-Gurion University of the Negev in Israel have now demonstrated a fish’s navigation capabilities in unfamiliar environments. How? By tasking six goldfishes to drive on land in a mobile aquarium. Dubbed Fish Operated Vehicle (FOV), the apparatus consists of a plexiglass water tank placed on four motorised wheels. A camera was then mounted on top of the tank to track the fish’s movement and orientation—while a computer and LiDAR sensor detected the FOV’s location.

This is where the reward-based visual system comes into place. Dispensing food pellets as treats, the goldfishes were fed every time they navigated towards a pink stripe on a wall. This is the same methodology scientists used while toilet-training cows and priming bumblebees with caffeine to combat climate change and boost crop production respectively. The tasks essentially required the aquatic participants to actively navigate the vehicle around a larger, non-aquatic world.

Initially, all six goldfishes drove the FOV around randomly. But in under a week, they grasped the reward-based navigation concept. “The fish became progressively more proficient on the task and by the last session exhibited control of the FOV and a high level of success,” the study, published on ScienceDirect, reported. A majority of them even evolved from needing 30 minutes to find the target, to finding it in under a minute.

In order to test the limits of the species’ terrestrial navigation skills, the scientists switched up the starting position of the FOV in the room. Decoy targets in different colours were also placed to distract the participants. Nevertheless, all six goldfish always found their way to the desired target for their treats. “[The fish] were able to operate the vehicle, explore the new environment and reach the target regardless of the starting point, all while avoiding dead-ends and correcting location inaccuracies,” the study concluded.

Although the study can be grouped with similar experiments involving dogs and rats, the fact that a goldfish’s navigation skills are not solely limited to the underwater environment makes them stand out from the rest. Instead, they seamlessly transfer these abilities from a marine environment to a terrestrial one. “The way space is represented in the fish brain and the strategies it uses may be as successful in a terrestrial environment as they are in an aquatic one,” the authors said, as noted by The Times of Israel. “This hints at universality in the way space is represented across environments.” The study also provides substantial evidence against the myth that goldfishes only have a three-second memory.

The team is not the first to bestow the common aquatic pet with the ability to explore dry land either. In 2014, Studio diip—a digital design firm from the Netherlands—designed an electric car (called Fish on Wheels) that allows fish to steer their tank into a certain direction with computer vision. However, the only goal of this project was to create interactions that can empower animals and “liberate fish all over the world.”

While the scientists from Ben-Gurion University acknowledged the need for “further studies to extend these findings to more complex scenery such as an open terrestrial environment,” it raises questions about our eventual encounter with fishes on freeways. Or worse, our real-life brush with Carmichael—the talking goldfish in a human bodysuit from The Umbrella Academy. 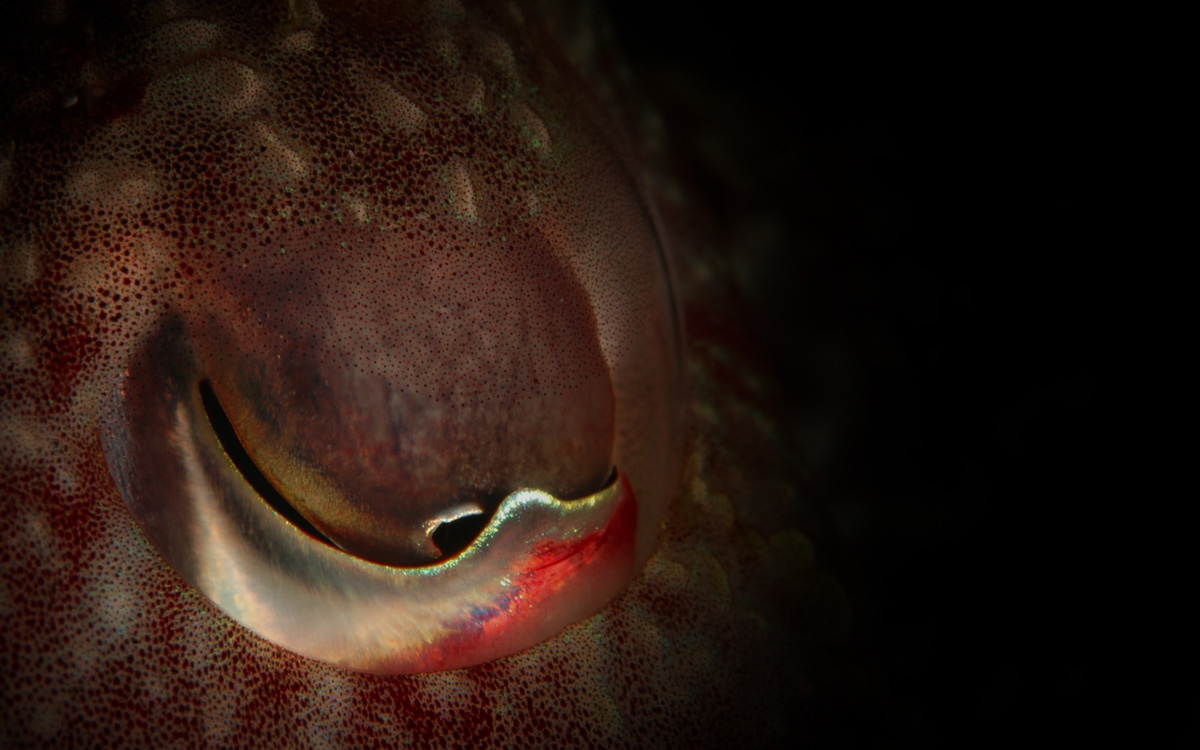 Cuttlefish are able to remember their last meal. Three-second memory, who?

Do you remember your last meal? Okay, maybe you can. But what about your lunch last Wednesday? Chances are you probably can’t. That’s because our episodic memory has been shown to deteriorate over time. Surely other animals are the same, right? Well, think again—recent research from the University of Cambridge confirms that cuttlefish can. It’s about time we drop the ‘three-second memory’ stereotype.

Don’t be fooled by their cute facade, these strange-looking sea creatures give off big brain energy—literally—boasting the largest brains among the invertebrate animal kingdom. And recent research clarifies that cuttlefish are able to put these big brains to good use: allowing them to remember what, where and when specific things happened right up to their final days of life.

The cephalopods, which somewhere down the evolutionary line share the same ancestors as octopi and squid, have three hearts, eight arms, bluish-green blood and regenerating limbs. You wouldn’t be blamed for thinking they’ve been manifested in the imagination of a sci-fi novelist. But they’re not—they’re very much real and even have the ability to exert self-control.

The human brain and the cuttlefish brain

And it’s for this reason that these particular animals have been the focus of scientists’ attention for some time. The University of Cambridge’s recent breakthrough has further pricked their ears. Scientists observed that as the creatures grow older, they show signs of declining muscle function and appetite but appear to remember what they ate, as well as where and when, using this knowledge to guide their future feeding decisions.

The importance of this study becomes clear when contrasting the cognitive behaviour of cuttlefish to humans. In contrast to humans, who gradually lose the ability to remember experiences that occurred at a particular place and time with age, cuttlefish are able to consistently recall such experiences. This is called episodic memory—the ability to recall and mentally re-experience specific episodes from one’s personal past. For instance, what you ate for lunch last week. Its deterioration in humans is linked to a region of the brain called the hippocampus. Cuttlefish, however, don’t possess a hippocampus in their alien-looking heads. Instead, they learn and remember experiences through a part of their brain called the ‘vertical lobe’.

How did they actually study the cuttlefish?

In the study, Doctor Alexandra Schnell, as well as her colleagues, tested the memories of 24 cuttlefish, 12 of which were 10 to 12 months olds and 12 of which were 22 to 24 months old—in cuttlefish years, half would be teenagers and half would be pensioners. One experiment trained both groups of cuttlefish to approach a specific location in the tank they were kept in, with two different foods being provided at different times. Grass shrimps—a cuttlefish’s favourite cuisine—were provided at a different spot to the location they were originally taught to find food but only every three hours. After around four weeks, the molluscs learnt that if they waited for longer they would be rewarded with that sweet, sweet grass shrimp.

To rule out that the cuttlefish hadn’t just learned a pattern of behaviour and were actually using their episodic memory, the team of researchers picked different locations in the tank each day of the test, showing that the molluscs were able to recall the experience—not just act out of habit. The animals also recalled what they ate during the initial feed, where they ate it and how much time had passed.

Although these findings may seem somewhat trivial at face value, they have significant worth for our understanding of animal cognition and our own cognition too. Malcolm Kennedy, professor of natural history at the University of Glasgow, told The Guardian that it’s refreshing to come across another case where aspects of animal cognition can be as advanced as our own—despite huge evolutionary time separation and a different nervous system. He continued, “The pedestal upon which humans place themselves in terms of neurological abilities continues to crumble. It is just that other types of animals perform similar functions differently.” Maybe it’s time we humans start respecting other creatures that share our planet as such.