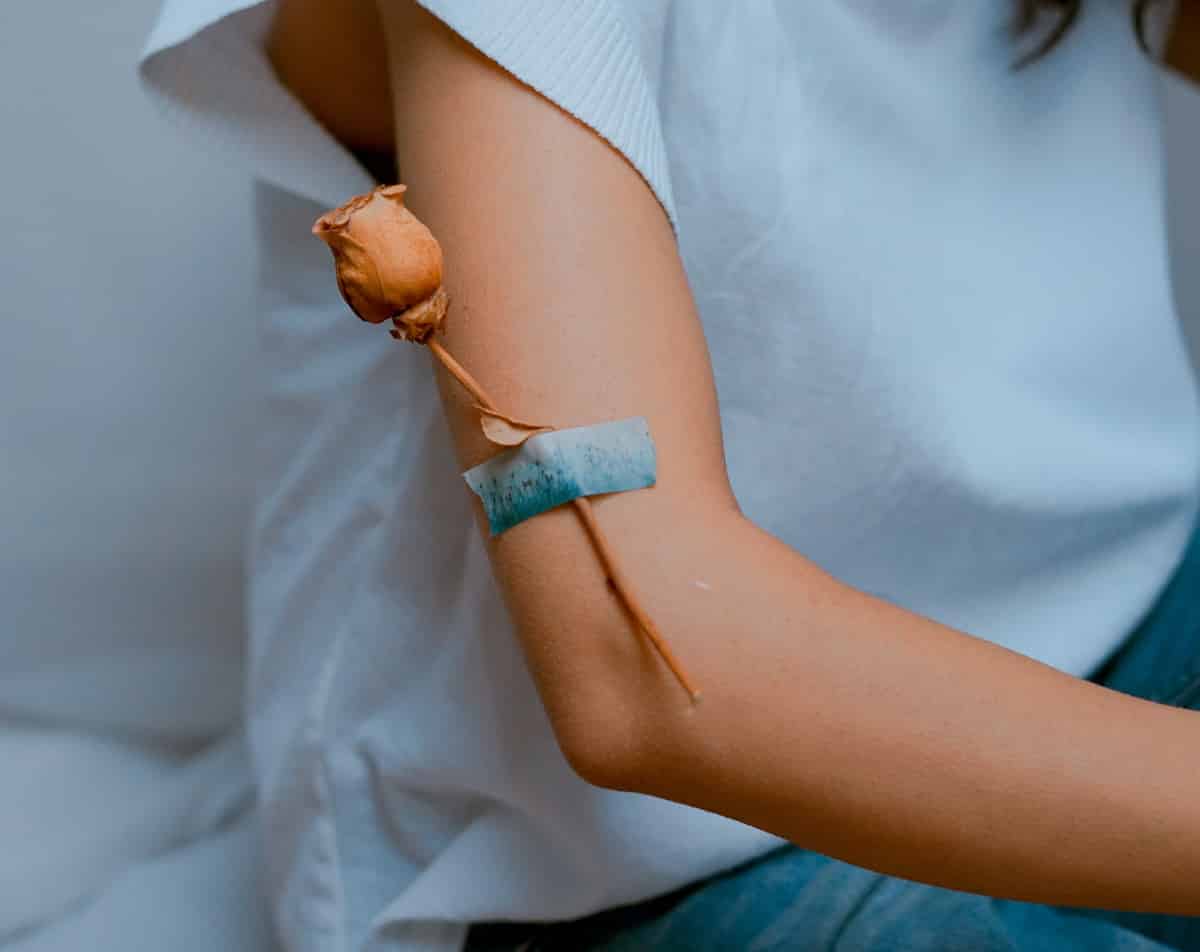 Thousands of people with HIV in the UK could soon receive a revolutionary long-acting injection in the latest bid to combat the HIV/AIDS crisis. We have seen a rapid spike in interest and research surrounding the virus—including clinical trials into the condition by companies like Moderna, one of the first biotechs to develop a widely used COVID-19 vaccine—since the pandemic started. People living with HIV will soon be rid of the burden that comes with ingesting daily pills, thanks to this new alternative remedy. The first long-acting injectable will certainly help us reach the goal of eliminating HIV transmission in England by 2030.

HIV virus, which attacks the immune system, still remains incurable. Regardless, charities and organisations have welcomed the groundbreaking news with open arms—praising the move approved by the NHS. The National AIDS Trust estimates that about 105,000 people are living with HIV in Britain, with 98 per cent of diagnosed people currently on the treatment. This injectable could help over 13,000 eligible individuals who are currently residing in England alone. Previously, the only long-term treatment available to them was antiretroviral drugs. These drugs work by keeping the viral load—the number of virus particles in the blood—so low that it is “durably undetectable,” meaning it remains incognito for at least six months after a person’s first undetectable test result. Research has additionally shown that people who have HIV and are treated with these antiretroviral drugs do not sexually transmit the virus to other people.

Garry Brough, who previously co-founded the Bloomsbury Patients Network for people with HIV back in 1999 and now works at Positively UK, commented on the progress yet to be made in terms of the virus. “We still have a long way to go in educating around HIV, but today’s announcement demonstrates how far we’ve come since the 1980s epidemic,” Brough said, outlining how the latest innovation is a huge step in the right direction.

“Having to take tablets every day can be physically, emotionally and socially burdensome for some people. This decision reflects the rightful need for people living with HIV to have the freedom to manage their HIV in a way that works best for them, helping them to live their life to the full,” he continued.

A non-pill treatment plan will work well for those who face issues with multi-tablet regimens. This will also help to cut down how much the virus and treatment affect their daily life—given the fact that they are only required to take a shot every two months instead of the pills every day. Thereby, reducing the number of treatment days people are typically subjected to from 365 to just six per year.

The National Institute for Health and Care Excellence (NICE)—a public body of the Department of Health in England that publishes guidelines on various conditions and treatments—said that two types of drugs will be recommended to eligible adults after trials have successfully proved they work just as levels through the daily antiretroviral medicines. The long-acting injectable is a two-drug regime of cabotegravir (also known as vocabria) made by ViiV Healthcare—a joint venture pharmaceutical company for HIV infection between Pfizer and GlaxoSmithKline—with rilpivirine (also called Rekambys), made by Janssen. After an initial phasing-in period, cabotegravir and rilpivirine will be administered as two separate injections every two months. The former is also being studied as an investigational drug to prevent HIV infection at the moment, according to Clinical Info

This is the first recommendation NICE has made about the use of HIV treatments, since they came under its remit two years ago. While publishing the draft guidance recommending the injectable treatment, the institute has also stated that the clinical trial proved cabotegravir with rilpivirine to be as effective as oral antiretrovirals at maintaining a low viral load. The Scottish Medicines Consortium has also approved the use of cabotegravir injections for adults living with HIV in Scotland.

According to experts, switching out the task of taking medications every single day may lessen the emotional toll of living with HIV and improve the rate of people sticking to their treatment regime. Meindert Boysen, deputy chief executive and director of the Centre for Health Technology Evaluation at NICE, said: “Despite scientific advances, HIV is still incurable but the virus can be controlled by modern treatment.”

For some people, however, undergoing multi-tablet regimens on a daily basis can be difficult because of drug-related side effects, toxicity and other psychosocial issues—such as stigma or changes in lifestyle. “The committee heard that stigma remains an issue for people living with HIV and can have a negative impact on people’s health and relationships,” Boysen continued.

Many others have also weighed in, hailing the treatment as a “huge step forward.”  Debbie Laycock, head of policy at Terrence Higgins Trust, told The Guardian: “It’s incredible news for people living with HIV in England and Wales that they will be able to access the first long-acting injectable treatment on the NHS as an additional treatment option. Pill fatigue is also an issue for some people living with HIV who struggle with the idea of taking antiretroviral drugs every day.”

This news is undoubtedly a successful feat in the field of medicine and the quest to curing HIV in the future. “We’re pleased, therefore, to be able to recommend cabotegravir with rilpivirine as a valuable treatment option for people who already have good levels of adherence to daily tablets but who might prefer an injectable regimen with less frequent dosing,” Boysen concluded. 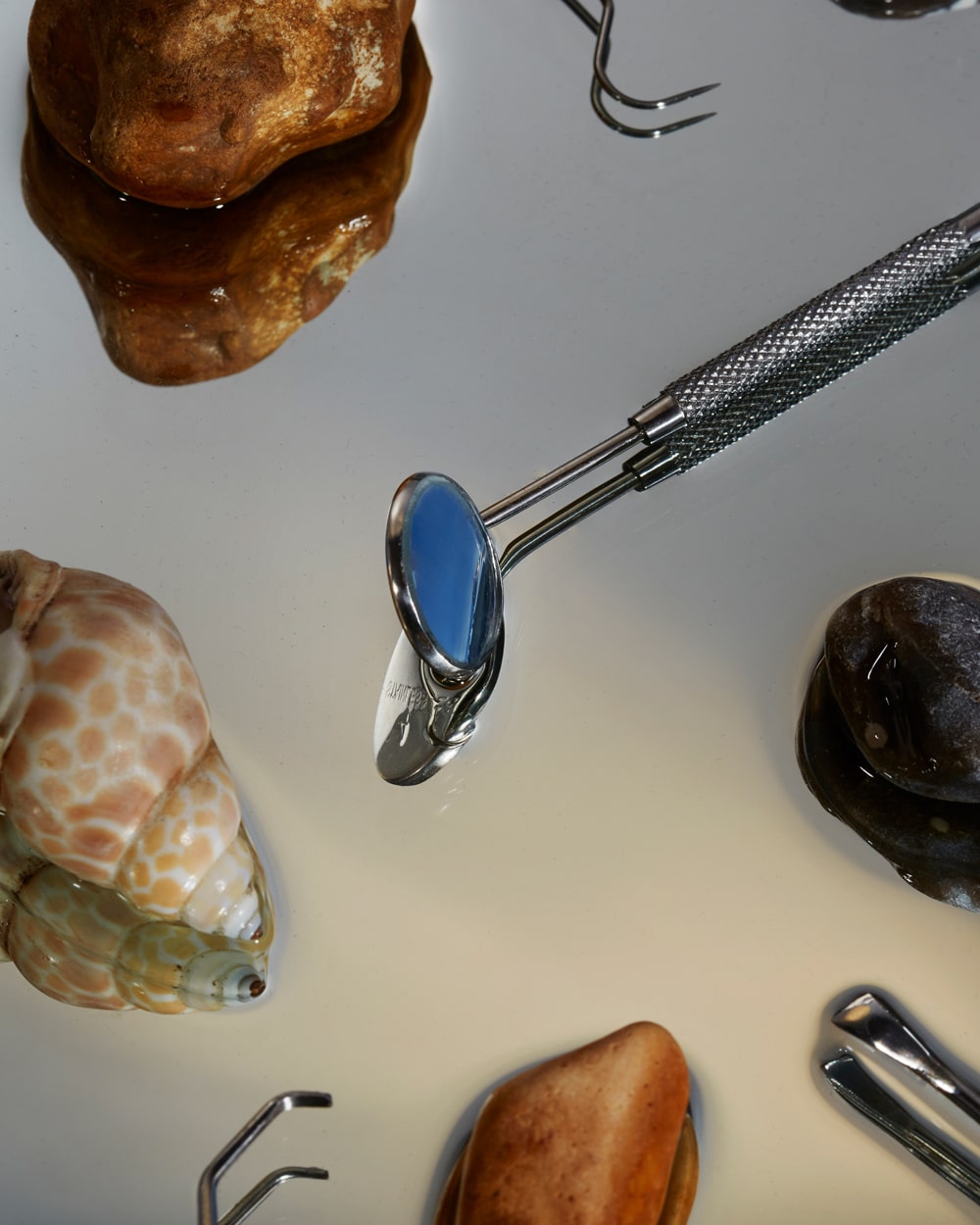 Undetectable equals Untransmittable: a new era of education around HIV

It was over a year ago when I met Shawn for a Grindr ‘date’ at his dimly lit, quaint Bedstuy brownstone on a snowy November night. Things escalated quickly, and with my clothes already dangling off the edge of his bed, I whispered the common chant into his mouth “Neg on PrEP, are you?” Shawn backed away suddenly and with a somewhat cautious expression replied “Poz undetectable… is that OK?” As the words came out of his mouth a zap of panic flared up in me; a dormant, familiar fear that needed but a tug to rise to the surface and effervesce. Yet this fear was mixed with an overwhelming sense of shame at my reaction, and an understanding of how little knowledge I have of the issue.

Last month, the National Institute of Allergy and Infectious Diseases (NIAID) (a branch of the National Institutes of Health), published a new document which reviewed numerous studies from the past several years and has “firmly established the HIV Undetectable = Untransmittable (U=U) concept as scientifically sound.” As reaffirmed by the study, people who live with HIV and adhere to a daily regimen of antiretroviral therapy (ART) can maintain an undetectable load of the virus in their bloodstream. Studies reviewed by NIAID Director Anthony S. Faucy, M.D, indicate that such individuals are unable to transmit the virus to their sexual partners. While the scientific validity of the U=U concept may not be news, it still evades large swaths of the general population.

For the remainder of our affair (which consisted of about four meetings—practically a marriage on Grindr terms), Shawn has shared with me his experience of dating as poz-undetectable, and has opened my eyes to the prevalence of poz-phobia in the queer community. Suddenly I realised, it was everywhere; at clubs, in conversations with friends… and most definitely on Grindr. “People would be like ‘oh, nevermind’ when I tell them I’m poz undetectable,” said Shawn, “Many of them would just block me immediately. It sucks, but I’ve kind of been getting used to it. I took it off of my profile, though, hoping they would react differently if they get to talk to me first before I tell them.”

As Shawn iterated in our meeting, it comes down to education, or lack thereof. And in that sense, I’m as guilty as they come. I don’t believe that at this point in time one should reach their late twenties with such little knowledge of the history, facts, and science behind the HIV pandemic, and I don’t believe that it should take a random hook-up with a poz person to acquaint one with such information.

As millenials, we were brought up on the foothills of the trauma and pain which characterised the height of the HIV/AIDS epidemic. We grew up with stories about idols such as Freddie Mercury and Keith Haring who lost their lives to the disease, and testimonies of the older generation recounting how gay people were ‘dying like flies’ in the 80’s and 90’s.

By the time many of us reached sexual maturity, awareness of safe sex had begun to rise and increasing access to ART treatment prevented more poz people from transmitting the virus. The fairly recent emergence of PrEP has also begun to alter (and to an extent, liberate) the landscape of queer sex. Yet, these developments did little to root out discrimination towards people carrying the virus. Often, the lingering fear is not rational, as one can hear bits and pieces of ‘reassuring’ information, but still be overcome by their lifelong phobia of the virus.

It appears that the lack of concrete knowledge mixed with trauma, fear, and deep-rooted (often self-inflicted) homophobia brew a most lethal concoction, and provide an explanation to the ongoing, pervasive poz-phobia that taints our society.

But upon acknowledgement of the problem, comes the work. How, then, do we educate the public and make sure these facts and studies become widely known? Proper sex-education in schools, one that includes information about same-sex interactions, is incredibly important. Currently, such education is not available for the majority of teens across the U.S. According to the Human Rights Campaign (HRC), “Among Millennials surveyed in 2015, only 12 percent said their sex education classes covered same-sex relationships.” Yet, the tide may be turning, with public opinion gradually tilting towards inclusion of LGBTQ related-issues in the education system (one of which is HIV/AIDS), and advocacy groups working to incorporate them into the curriculum.

Sex-ed in schools isn’t enough, though. Seeing as a significant portion of the interaction between LGBTQ people takes place online (which is also where ignorance is manifested in the form of blocking, ghosting, bullying, etc.), it is important that such platforms make an effort to educate their users about HIV/AIDS. Kindr, an initiative launched by Grindr to make the app more inclusive, constitutes a first step in the right direction, albeit an insufficient one. This is not just about encouraging tolerance and berating those who are clueless or bigoted, but about familiarising people with basic science and giving HIV positive people a real opportunity to speak up.

It may take a while for the cloud of fear, stigma, and trauma regarding the virus to dissipate. Yet it seems that the beginning of this journey would have to be in the form of a thorough and expansive education campaign, consisting of both scientific findings and testimonies of people who live with the disease. Hopefully, tolerance will naturally emerge once people are introduced to the facts surrounding HIV/AIDS and the treatments available to contain and prevent them, and once we attach to this ‘viral specter’ a face, a voice, and some much-needed context.