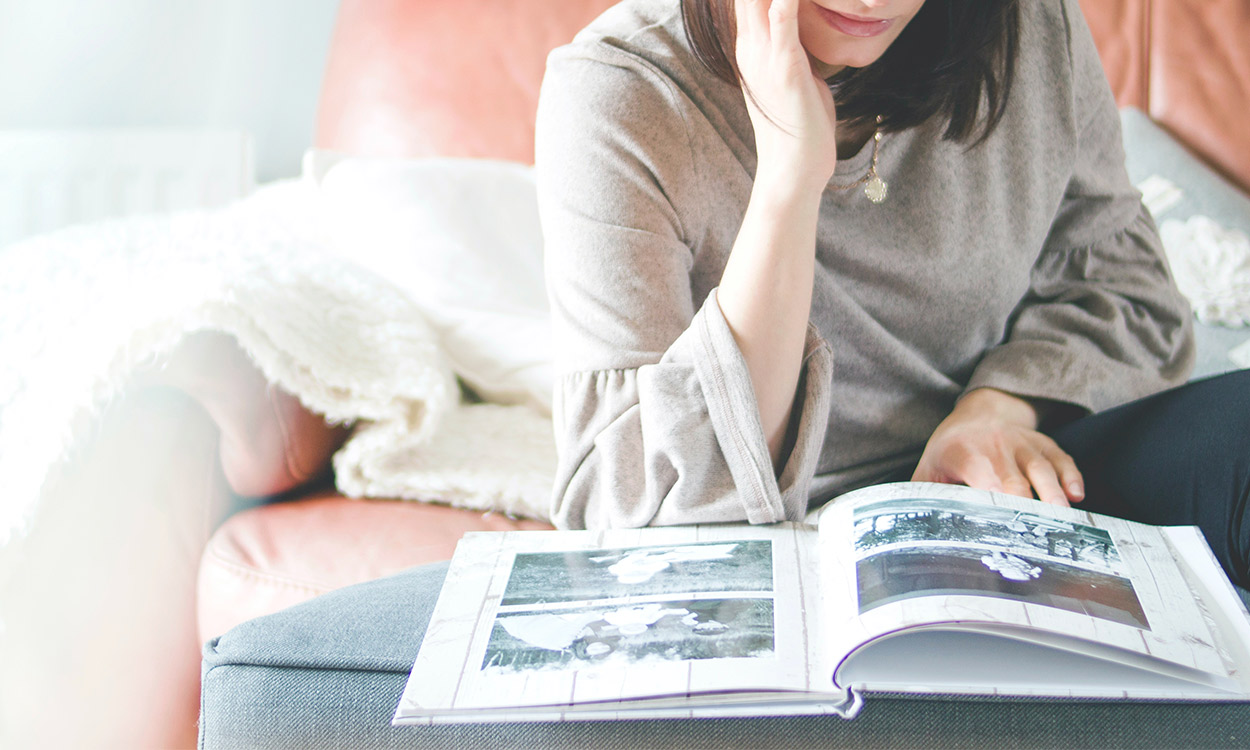 Feeling nostalgic? Well, according to recent studies, that might be a good thing. An article in the Journal of Experimental Social Psychology has stated that “nostalgia confers psychological well being by increasing authenticity.” So, if you ever find yourself wistfully staring into the distance, reminiscing on past memories, don’t panic—those tears streaming down your face are a symbol of positive growth. Or at least that’s what the experts are telling us…

The academics in question, when considering nostalgia’s impact, stated: “We hypothesised that it does so—at least in part—via authenticity, a sense of alignment with one’s true self.” They then proceed to consider a whole bunch of evidence, supporting literature, methodology—you get the idea. And while these scholarly findings are incredibly important, I’m slightly more intrigued by what rogue netizens had to say in response.

Naturally, I found myself swimming among the mucky waters of Reddit and pretty quickly, an overwhelming consensus began to appear. Science may advise us nostalgia is a good thing, but personal experience tells a very different story.

It only took a few seconds scrolling down a particular subreddit thread before I found myself drowning in nostalgic sad times. Most users took umbrage with the academics position, with one person casually pointing out, “That’s not how it feels when I’m crying my eyes out at 3am after going down a nostalgia rabbit hole.”

Another equally melancholic victim noted: “Okay. As someone with horrible depression thinking about the past or even the feeling of nostalgia kicks my ass bad. I am deeply confused how they came to this conclusion.” This one hurt. Many users did point out the potential lack of nuance, emphasising the need to remember that not everyone will have a cohort of happy memories to look back on.

Other users, on the other hand, took a slightly more juvenile approach—I chose Reddit, I only have myself to blame. “Remember how happy you used to be, now open your eyes and take another look at the cold harsh reality you’re in now. Feeling better yet?” one user wrote.

“Have the people who ran that study ever actually met a human being?” another knackered user chimed in.

Despite public uncertainty, these recent studies may prove we know less about ourselves than previously considered. Yes, deliberately seeking out sad memories won’t be the recipe for a good day, however, thinking back on happy times—days at the beach or winning a free McFlurry from a McDonald’s monopoly, that surely has the potential to brighten things up. 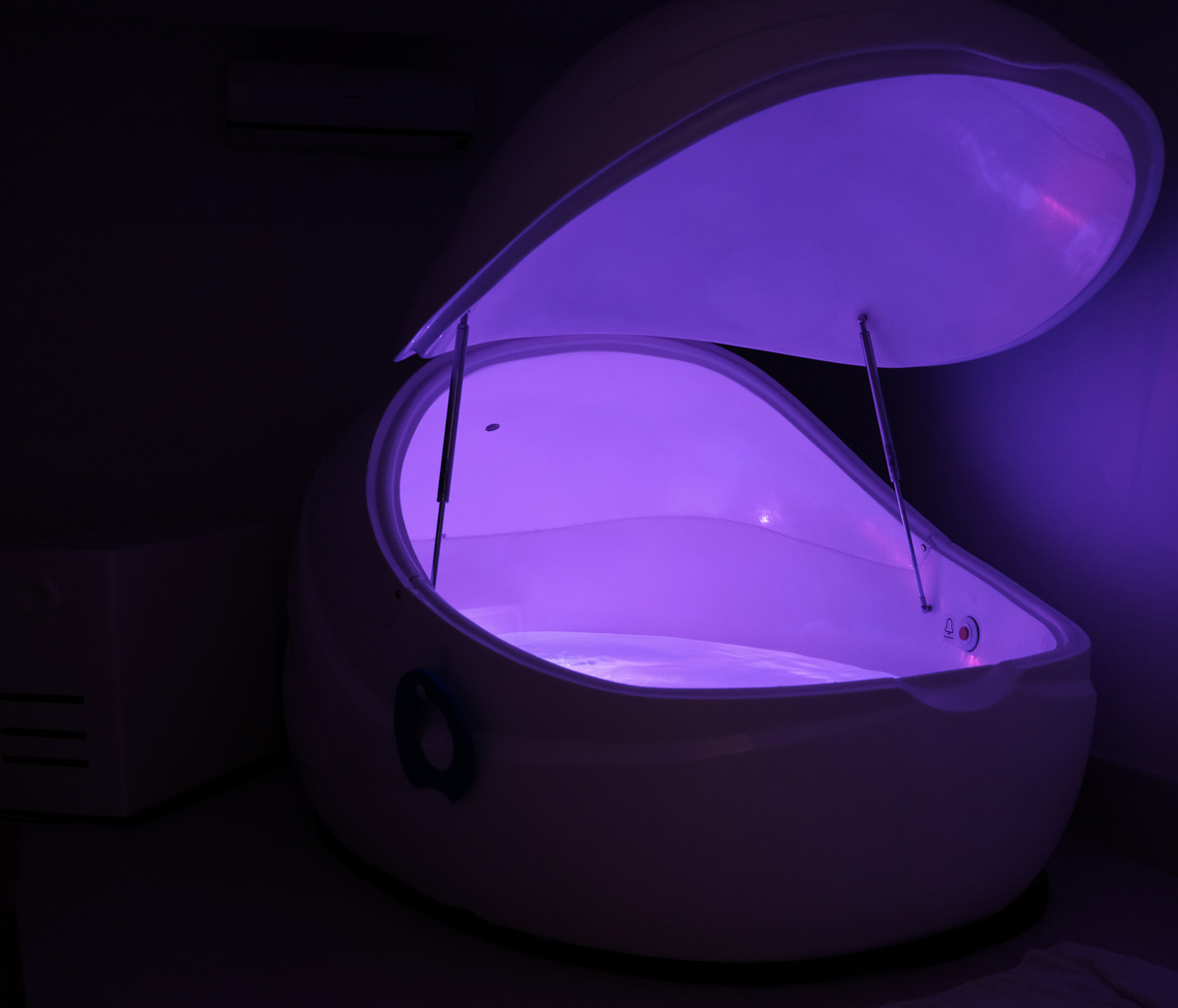 What is a sensory deprivation tank? And why are people taking psychedelics in them?

It’s rare we get any peace and quiet these days. From the 24 news cycle to the bombardment of push notifications and personalised advertisements trying to capitalise on our insecurities and desires—it seems pretty healthy to want to take a break from it all every once in a while.

The usual response to getting away from it all is probably to take a hike up a mountain, or holiday away to somewhere sunny—although it looks like we won’t be doing that anytime soon, thanks to COVID. But what if I told you there was another way, which required minimal money, time or resources, to truly get away from it all? An experience that deprives us of any sensory encounters or responsibilities, to help us focus on ourselves and just ourselves for an hour or two. That’s where sensory deprivation tanks come in.

What is a sensory deprivation tank?

Sensory deprivation tanks come under many names; isolation tanks, float tanks, float cabins, and the list goes on. Essentially, it’s all the same concept: a pitch-black, light-proof, and soundproof container containing body-temperature salty water, designed to make you float and strip you completely of all senses. It all sounds like science fiction but float tanks have continued to grow in popularity over the recent decades.

The first isolation tank was developed by the neuropsychiatrist John C. Lilly in 1954, however, widespread interest in the technology came almost twenty years later, when Glenn Perry began selling commercial tanks along with the help of Lilly himself. As science has continued to show evidence that a sensory-deprived experience has physical and mental benefits, finding a sensory deprivation tank in your area is now just a Google search away. In fact, in my city of Manchester, finding a 2-hour sensory deprivation experience is easier than finding a decent kebab.

There are a number of reasons why people fork out the cash to deprive their mind completely of external senses. First, and probably the most obvious, is the novelty of the experience. In an era of social media, we’re constantly bombarded with new stimuli—many will agree with me that the idea of blocking away the outside world for a few hours, to focus only on ourselves, is quite appealing.

However, don’t be mistaken, the science behind sensory deprivation tanks is far from a novelty. Research has shown that a sensory-deprived floating session brings both physical and mental benefits, including better sleep, increased muscle relaxation, decreased pain, as well as lowering stress and anxiety.

Science also hints that sensory deprivation can improve focus and concentration, leading to clearer and more precise thinking. Ah, if only I knew this as a student, a few hours in the tank may have helped my brain, deprived of an attention span. Maybe then I wouldn’t have left my dissertation until the very last minute.

Likewise, in 2014, the European Journal of Integrative Medicine reported that sessions in a sensory deprivation tank can increase originality, imagination and intuition—all of which can lead to an enhancement of creativity.

So, what’s it like to trip balls inside a sensory deprivation tank?

It’s the burning question that I’ve always wondered: in an environment where you’re stripped of your senses, what’s it like to be on a substance that, on the contrary, enhances those senses while in the tank? It seems I’m not the only one to wonder about this either. The very man who brought float tanks into existence, Lilly, took a controversial turn in the 1960s when he started studying the effects of LSD and ketamine while inside a float tank.

Unfortunately, little research into the interaction of psychedelics and sensory deprivation tanks has been done since—presumably because of stricter law enforcement and regulation of drugs in the following decades. Yet again, the war on drugs, which has a mountain of evidence that it causes more harm than good, has acted as a giant roadblock for scientific discovery.

So, in the absence of peer-reviewed objective scientific data, I did what any good journalist would—turned to Reddit for answers. That was sarcasm, obviously, and it should be noted that these are isolated self-reported case studies from anonymous internet users, so do take what they’re saying with a pinch of salt.

One user, who reported taking a tab of acid before their session, said “due to the almost complete lack of sensory information coming in, my mind began to create its own reality around me. I was seeing myself sunken into a pinkish iridescent gelatin-like substance that had an indent perfectly shaped for my resting body.”

They continued, “it was also a very sensual and empowering experience when I ran my hands along my body. Given that I hadn’t truly seen myself for multiple hours, I felt beautiful. The way I felt under my own hands seemed ideal and I realised I really wouldn’t want to look any other way. I’ve recently lost quite a bit of weight and it made me feel somewhat unlike myself. This experience remedied any self-doubt regarding my physicality.”

Another user gave a less positive review on the experience. After completing two sessions in the tank while on psychedelics they said their third “scarred me, and threw me into a state of temporary psychosis that lasted several hours after leaving the tank because I just couldn’t shake that experience from my mind. I would rather not go into further detail, but suffice it to say that the most blissful moments of my first two experiences don’t begin to justify risking the horror of my third experience.”

Whether you want to undergo the experience while tripping balls is a question for you to ask yourself, and only you alone. Besides the obvious fact that psychedelic substances are illegal in the UK, I would never endorse someone to take the plunge unless they felt completely certain within themselves that they were ready for the experience—and I’d advise having previous experience with psychedelics outside of a sensory deprived tank full of water beforehand.

That being said, there is a wealth of compelling evidence to suggest that a sober sensory deprived experience can be incredibly beneficial both for your mental and physical wellbeing. It’s for this reason that more and more sensory deprivation tanks are popping up across the globe—and as our world becomes increasingly digitised creating more stimuli and shorter attention spans, they’re not going anywhere soon.