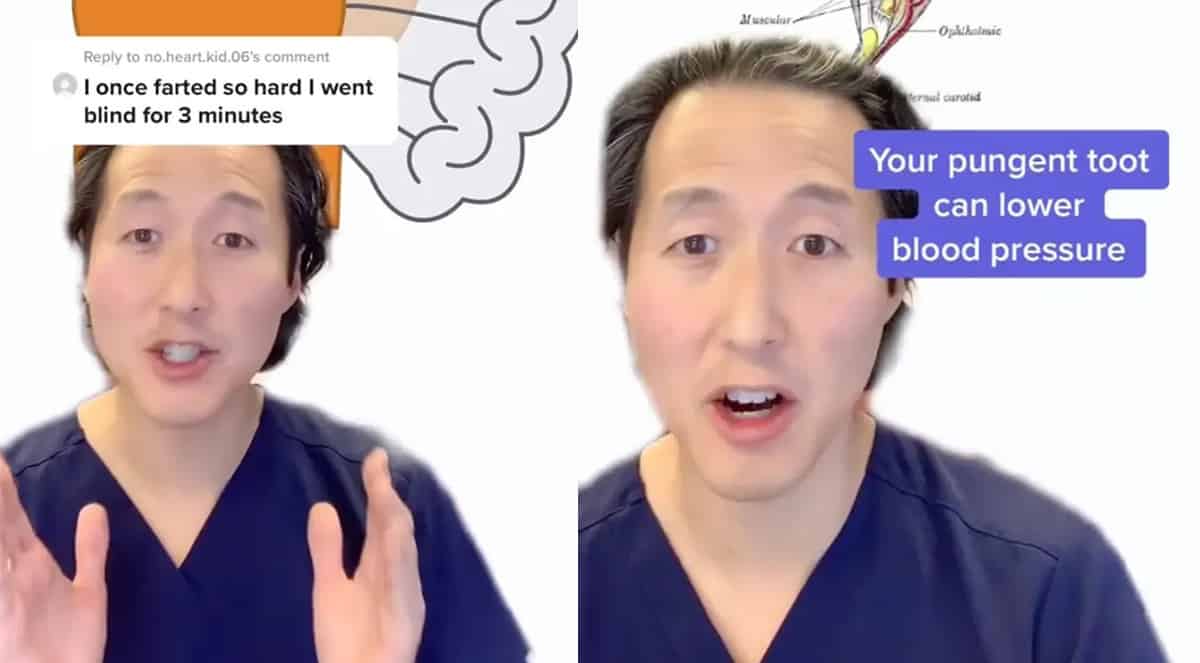 To date, there have been several medical theories on whether human farts can kill someone. I mean, dinosaurs are proven to have farted their way into extinction. So it’s only fair to gauge the deadly effects of this phenomenon on the current inhabitants of Earth. In a bizarre twist of discoveries, however, it has now been revealed that stinky farts can actually make you go blind. Yes, you read that right and you might want to open another window for this one.

In a video reply to a comment stating “I once farted so hard I went blind for 3 minutes,” Doctor Anthony Youn, a holistic plastic surgeon based in Michigan, stated how human gases can be very toxic. “If the gas you pass is extremely pungent, it could contain large amounts of hydrogen sulphide (an extremely flammable and toxic gas known for its ‘rotten egg’ odour at low concentrations),” the doctor said.

“Studies show that hydrogen sulphide is very effective in reducing blood pressure. And if it reduces blood pressure to the central retinal artery, your silent but deadly toot could theoretically make you go blind. So be careful if you’re making a lot of bubbles in your bathtub.”

Shortly after the video graced TikTok, YouTube and Instagram, half of the internet was, quite literally, blown away. “Now every time I fart I’m gonna be stressed about gas-poisoning myself,” one user wrote while another admitted to “being scared for life”—given the fact that we are all walking biohazards.

The other half of the internet, however, came forward with even more insights into their personal experiences with ‘gastronomy’. “I once farted so loud that I couldn’t hear anymore,” a TikToker admitted. Other gassy queens and kings joined by illustrating their own bizarre brushes with flatulence. “I’ve been around others who passed gas and I almost threw up, definitely got dizzy… so I can see going blind from someone else as a possibility,” a user claimed, silencing the thread.

In the past, several experts have warned against holding a fart in—be it out of embarrassment or your incognito pursuit to find the best location to break wind. “If you hold in a fart too long it can be reabsorbed into your bloodstream and breathed out when you exhale,” NHS Doctor Karan Raj said in a TikTok video.

The doctor also added how 99 per cent of a human fart comprises non-stinky gases like hydrogen, carbon dioxide and methane. But that doesn’t exactly help reduce the threat either. Hydrogen and methane are extremely flammable—which is why, although not recommended, you can erm… light your farts on fire.

With all that being said, the effects of foul-smelling farts on visual impairment are worth noting before you pass wind across the room, even as a comedic tradition. Sure, smelling your partner’s farts is proven to be the key to living a longer life—along with reducing the risk of life-threatening illnesses including cancer, stroke and heart attacks—but that doesn’t mean you rip one off in point-blank range with no thought in the world.

Instead, embrace the winds of change. After all, a former reality star who made $200,000 (£148,000) from selling her farts in mini jars was recently rushed to the hospital for squeezing out one too many. Simply put, it’s not just the stinky ones that can wreak havoc in our system. 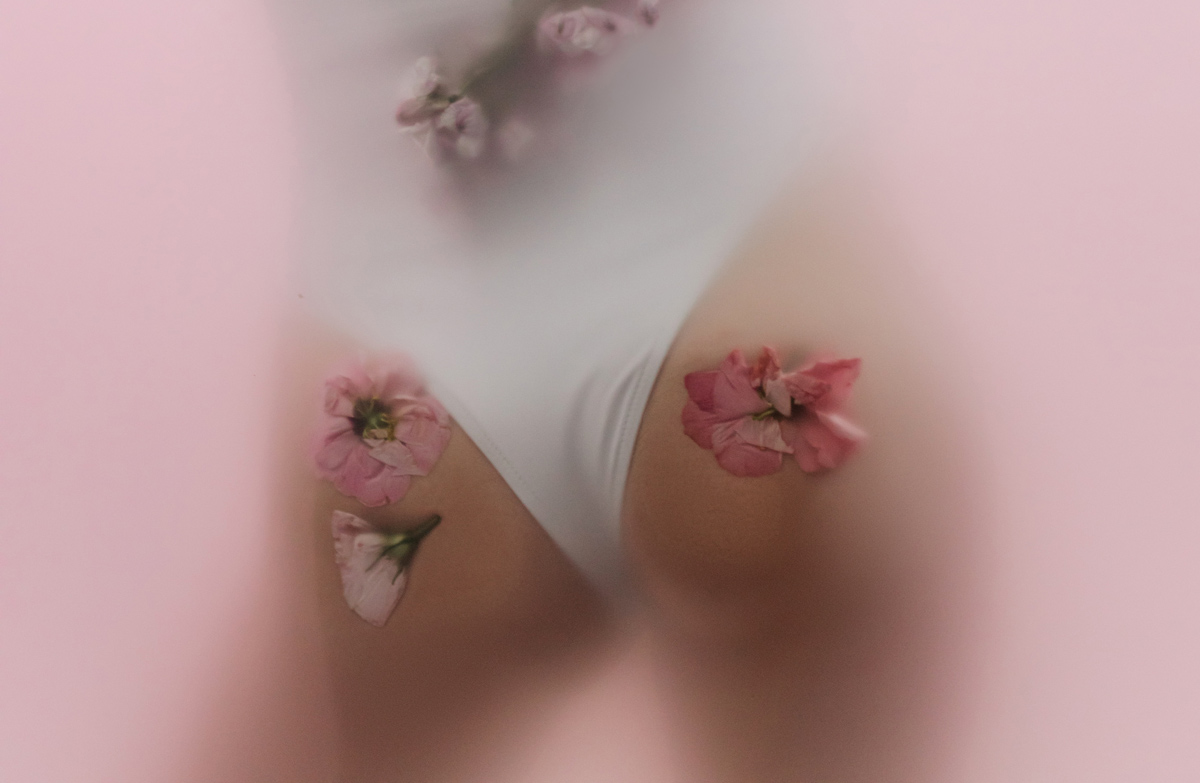 Disgust, humour, embarrassment: these are the typical reactions you expect to witness when someone breaks wind across the room. But what if there’s a niche audience out there who consider farts as more than just a comedic tradition, instead basing their entire sex lives around it? Introducing the gastronomic little world of eproctophilia, loosely known as the fart fetish.

Eproctophilia is a sexual fetish where individuals are attracted to farts. Considered as a subset of olfactophilia, where people derive sexual pleasure from body odours in general, eproctophilia engages all five senses to truly blow away enthusiasts.

Eproctophiles can be turned on by the sound, smell or discharge that comes from a fart. Some enthusiasts in the community enjoy farting on their sexual partners while others prefer being farted upon. Their preferences further range between the types of smell, fabrics worn and inhalation techniques used. Regardless of their preferences, however, members of the community agree on one thing: that their fetish is not the same as coprophilia—the fetish of faeces and defecation. Neither is any material substance nor immediate health risks involved in the former.

In the first-ever academic study on eproctophilia, Doctor Mark Griffiths, a chartered psychologist and professor of behavioural addiction at the Nottingham Trent University, interviewed an eproctophile to break down the fetish. “I have had my face farted on by both men and women, at point-blank range,” the interviewee admitted as he went on to explain a list of highly specific preferences. “In terms of sound, I prefer a deep bubbling sound. In terms of smell, I like acrid sulphur. I also prefer the farter to be clothed.”

The clothing aspect here was credited with three reasons. “Firstly, the sound tends to be better with fabric, particularly jeans or nylons. Second, the smell lingers in cloth, whereas it is a relatively quick blast of smell in the nude. Third, I like the look of butt cheeks better when they are defined by fabric.” The interviewee also highlighted how the fetish allows him to be dominated and humiliated by someone else—both factors that are masochistically arousing.

Another interesting insight from Griffiths’ academic study was the necessity of attraction to the person for their farts to be sexually arousing. “To see a beautiful, delicate lady passing wind is a breach of expectations in a profound manner,” the eproctophile said during the interview. “That a beautiful woman is capable of producing a disgusting sound and smell is what attracts us and makes us want to experience it.”

This social factor also plays into the genetics behind the attraction. The bacteria in a person’s gut is unique to them, which might be particularly arousing for some eproctophiles. For starters, have you ever noticed how you may not always be repelled by the smell of your own gases? This is because you have been accustomed to the bacteria in your gut. According to AsapSCIENCE, one of the major reasons why we categorise another person’s farts as ‘stranger danger’ is because of an evolutionary defence mechanism. However, this perception of disgust depends on a combination of variables such as age, gender, culture and personality. In this sense, some individuals are less sensitive to and repelled by some farts than others.

“I eat lots of veggies and protein generally, so they come naturally with my normal diet,” said Kiera, who goes by Goddess Fart on her OnlyFans—specialising in tidy, airy farts with the occasional “foamy chuggers.” In an interview with MEL Magazine, the gassy queen highlighted how she often gets patrons who hire her to create custom content. Such content usually involves her farting on camera while dishing out verbal degradations.

Her videos, however, involve very little nudity—with the camera focused on her lower half while she is clad in leggings. Although Kiera herself does not have a fart fetish, the performer overcame her initial hesitation by realising that she provides a popular service. “There is a stigma associated with any fetish that isn’t mainstream,” she said. “But I realised how popular this fetish is and it isn’t anything to be ashamed of at all.”

Did I forget to mention that smelling your partner’s farts is also the key to living a longer life? A study, published in the journal Medicinal Chemistry Communications proved how farts could actually reduce the risk of several life-threatening illnesses including cancer, stroke and heart attacks. According to researchers, it has also been proven to prevent arthritis and dementia in old age.

As the gassy queens continue to break hearts and winds, fart fetish embraces something that everyone does but hates to admit. So, let all of that sink in before you whip out that worn-off whoopee cushion for another prank or download one of those beatboxing apps based on fart noises to poke fun at the coveted phenomenon.