Mullets are making a comeback. Here’s why you might soon sport the haircut – Screen Shot
Deep Dives Level Up Newsletters Saved Articles Challenges 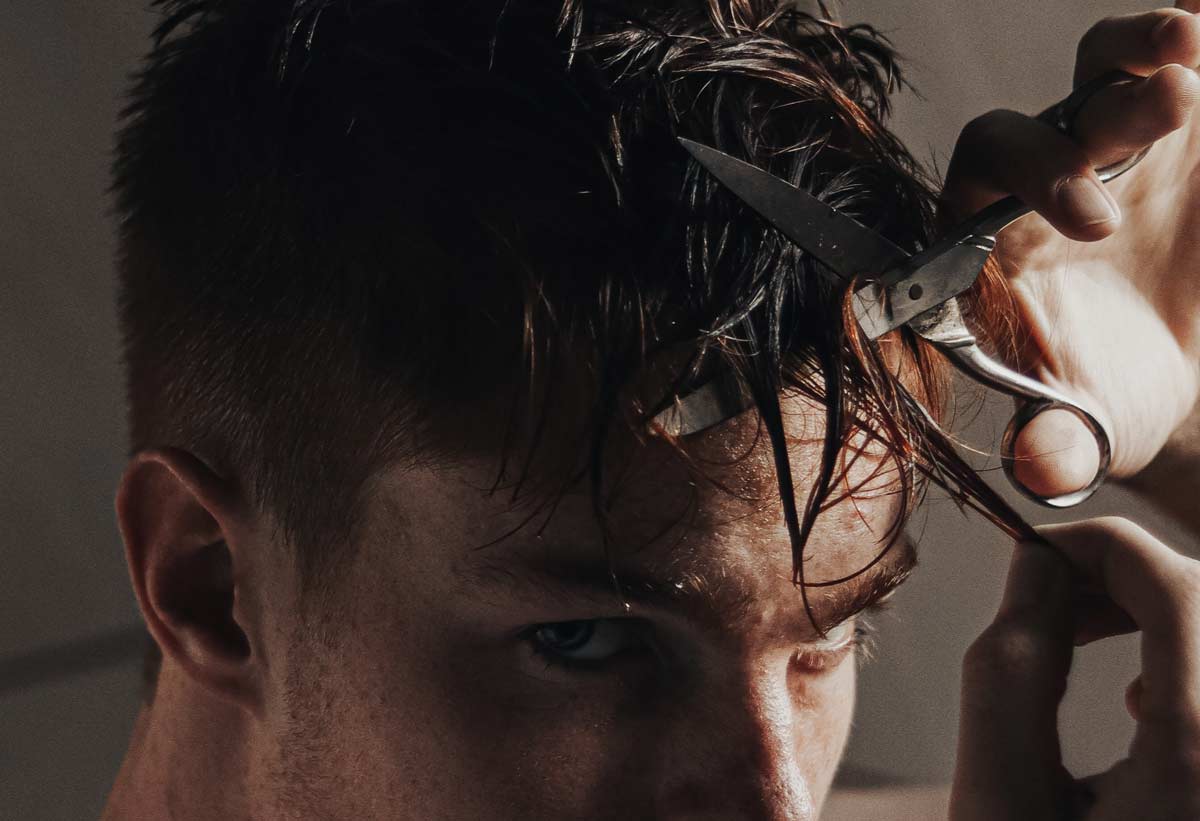 Mullets are making a comeback. Here’s why you might soon sport the haircut

The mullet, the hockey hair, the Kentucky waterfall, the Missouri compromise, the short/long hairstyle (or whatever you call it)—the all encompassing and unignorable hairstyle is the definition of ‘business up front, party in the back’. With a fluctuating popularity over the decades, it’s been creeping around our peripheral visions (and art schools) for the past five years or so, but now, the trend is back in full force. Although having been sported worldwide since the 1980s, the hairdo has been around for a lot longer than the majority of us think. Are you ready for some history, and possibly a fresh cut? Because I’m half way swayed already.

Where the mullet grew from

Let’s go back in time, shall we? The well known Greek poet Homer once described the Abantes, which was a group of spearmen, as wearing “their forelocks cropped, hair grown long at the backs” in his poem The Iliad. Just to put into perspective how long people have been rocking the hairdo, this was written in the 8th century Before the Common Era (BCE). If you really think about it, the hairstyle is practicality at its finest: adaptable in shape, and it keeps your neck warm and dry without getting in your eyes. There’s a reason Alan Henderson wrote a book called Mullet Madness, a history of the look—if you really want to dig your teeth into more. For now though, here’s a brief overview for the curious.

The term ‘mullet’ wasn’t officially coined until 1994, thanks to the Beastie Boys’ song ‘Mullet Head’, but in ancient Rome, what was referred to as a ‘Hun cut’ was an early style that wealthy young ‘hooligans’ wore in the 6th century BC. These groups supported the popular sport (back then) of chariot racing. Another writer, the Greek-Byzantine scholar Procopius, described the look in his Secret History manifesto, writing that “The hair on their heads they cut off in front back to the temples, leaving the part behind to hang down to a very great length in a senseless fashion.”

According to History, in the late 18th century, Ben Franklin used his ‘skullet’ to help charm France into increasing its financial and diplomatic support of America. With his new, albeit rather rogue and free hairstyle in the days of perfect wig wearing, Franklin looked the role of a “rough-hewn new world sage” which shocked French courts, but also promoted revolutionary vision. In the US, the style goes all the way back to Native American tribes that often combined a mullet and a mohawk.

The 70s came along, and so did David Bowie’s Ziggy Stardust persona. A bright orange waterfall plummeting from the roof of his head was enough to turn everyone’s attention, and the trend (as we know it) was reborn. Bowie was famous for his androgynous style, and this one particular hairstyle captured its essence in the way that traditionally, females had long hair and males rocked it short, while he had the best of both worlds. The musician first wore the hairstyle in the year of his coming out press conference.

The look defined a decade, and effectively “pushed the margins of hair and dress” according to hair historian Janet Stephens—it was the decade that really challenged ideas on identity and gender boundaries.

The trend cascaded into a masquerade of ‘out there’ mullets, from other famous artists like Rod Stewart, Paul McCartney, and even Patrick Swayze (from Dirty Dancing) who had a short-lived moment with the hairstyle. Kiefer Sutherland’s character in The Lost Boys, and many others followed their lead, including the highstreet, also known as the rest of us. It also blurred into the 80s, with Metallica’s James Hetfield, Billy Ray Cyrus, and the list really could go on and on. The attraction to it was that fundamentally, the style fit all kinds of people and cultures, with the common cause of acting rebelliously.

The 90s brought a sad and slow decline of the trend, people’s opinions started to change, and the masses no longer wanted to look ‘scruffy’, but instead freshly cut and ‘clean’. The style started to wear a bit of taboo, according to Dazed the hairstyle “depicted low-income families in backwater towns, redneck dudes in dive bars who clung to their beloved country music.” In 2010, Iran actually banned the cut, hoping to stop the spread of what it called as a “western invasion.”

The return of the mullet

Since around 2018, the trend has been creeping back. Then all it took was one uproar of reason to rebel (as its reason to exist back in the 70s) and the trend is now bustling towards a comeback. 2020, the year of flustered change in all senses, was all it took.

It may or may not have been egged on by the fact that hairdressers were forced shut due to the pandemic lockdown measures. People just pressed the ‘fuck it’ button on grooming tendencies, and fair enough! Not only is the hairdo easy to achieve by yourself in the mirror, due to the fact that you can literally just ignore what’s going on in the back, but New York hairstylist Magda Ryczko also told Men’s Health Magazine that “It’s the perfect haircut for a Zoom meeting,” continuing in saying that “It’s business in the front and party in the back. Or these days, it’s business in the front and a small gathering of six or less in the back.”

So whether you’re ready for it, or like it or not, mullets are back, baby! And I’m here for it. So, if you have semi-long hair, or hair at least reaching your earlobes, here’s how you can fix those locks into a look: just chop down the front sides and top until you want to stop. No neatness necessary. Worse comes to worst, shave it all off? Skinheads are in too. 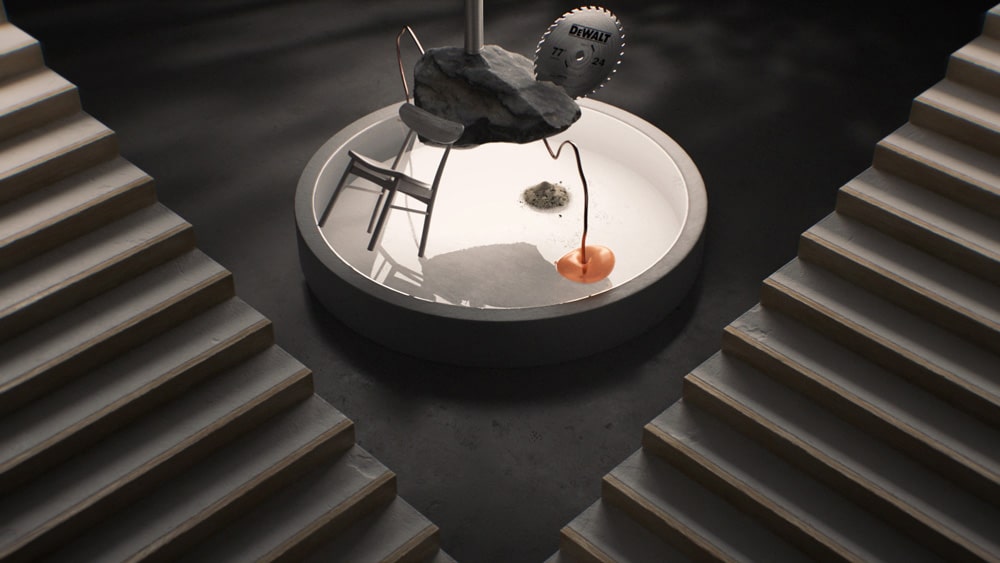 This YouTuber invented a hairdresser robot during lockdown

Trouble with wild lockdown locks? Engineer and part-time YouTuber Shane Wighton figured it would be fun to use his free time, rather casually really, to make a robot hairdresser to tame the mane at home—something many of us wish he had attempted before lockdown and our hair crisis.

Wighton is known for his YouTube channel Stuff Made Here, where he posts videos on the process of his life hack inventions, including his robotic barber—the ultimate hairdresser, programmed exactly to his specifications. We’ve all faced the vanity repercussions of lockdown, and most of us will never take hair salons for granted again, having been shut for months. Wighton has his own reasoning behind his motivation, he “would rather not have someone cut my hair who’s also touching 100 other people’s heads all day long.”

Wighton realised it was time to take matters into his own hands, so he built the robot. Why not, if you’re a practiced engineer? The robot uses scissors, rather than clippers, which adds to the complexity of the device. Would you really trust a robot to swing scissors that close to your ears, eyes and face? He did. His wife on the other hand did not.

So how does it work? The robot sections out chunks of hair, much like a hairdresser would finger out sections to trim in real life using a comb and hands. But robots aren’t exactly known for their intuition skills, which is why Wighton had to first implement the data for the specific haircut he wanted to go for to exact digits to get the wanted results. With some trial and error, Wighton decided in the end that a little hoover would work better than a robotic arm to do the combing—which took care of the cleaning up too. Win win.

The big issue the engineer faced was getting the robot to know where his head was and where to cut. He added an Intel RealSense Depth Camera, where he used facial recognition to find where his head was, and then combined that with the depth data to figure out where his head was within a 3D space. Once this problem was solved, Wighton had to think about how exactly he would tell a robot what haircut he wants.

Wighton programmed a 3D model of a head, and ‘painted’ onto the model what haircut he wanted using a gradient. In his case, the lighter grey was longer, and darker grey was shorter. The robot loaded the 3D model and figured out how many locations, and at what length to cut the sections at, as well as calculating how many sections this will take to complete the whole look.

In the live video of the robot’s first try, Wighton looked mortified. He admitted he was terrified of it ruining his hair. The whole haircut took the robot an hour to complete, only because he found a bug in his code mid-process, which told the robot to cut six times as many locations than necessary on his head. In theory, it should have taken the robot just 15 minutes to cut Wighton’s hair.

With a few minor defects that Wighton plans on perfecting in the future, the engineer didn’t quite end up with the hair style he put in to the system, getting instead a ‘robotically perfect mullet’. The verdict? Not too bad, he’s got a month to grow a new set of locks while he tweaks the robot and tries again. If he perfects the device, who knows what the future of hairdressing will look like?