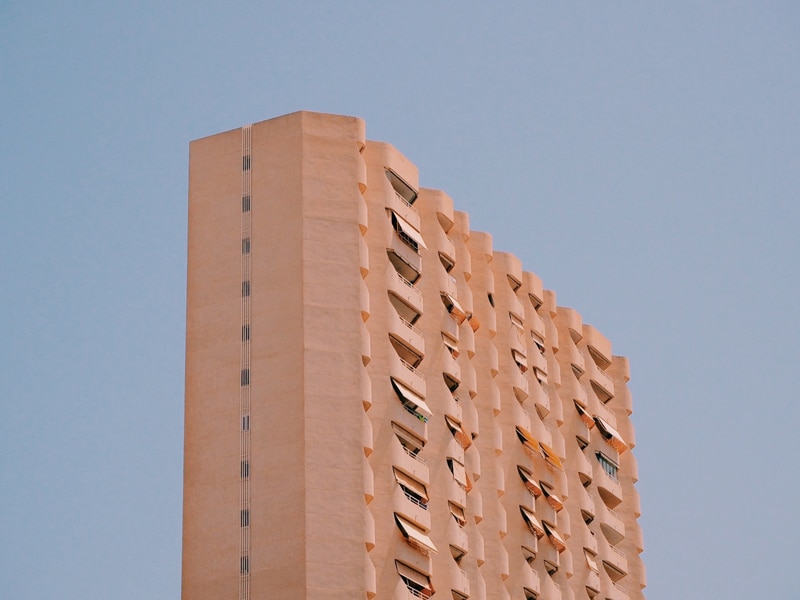 WeWork might be on its way out, but will this change the way we create workspaces?

WeWork has always been a wild idea, so it comes as no surprise that its co-founder and previous CEO, Adam Neumann, is known to be a bit too wild as well. When the company started opening up workspaces in 2010, its future looked promising (and so did the future of offices). People who had the chance of working for companies that rented facilities in WeWork buildings always shared stories about their week, casually mentioning going to a yoga class during lunch break or drinking five free macchiatos in one day. Working in WeWork spaces sounded like the future of the workspace. So what happened to WeWork, and when did Adam Neumann lose the plot? Could this be the end of the ‘workspace revolution’?

On 22 September, reports from big publications, such as The Wall Street Journal, announced that WeWork directors were planning on asking Neumann to step down as CEO, after “a tumultuous week in which his eccentric behaviour and drug use came to light.” The Wall Street Journal reported that he had taken $700 million out of WeWork before the planned initial public offering (IPO) of the company. Two days after, Neumann resigned and Artie Minson and Sebastian Gunningham replaced him as co-successors.

WeWork’s filing (also called an S-1) was an expected step in what, up to that point, had been a perfectly choreographed march toward an IPO for the tech industry’s most highly valued startup. Less than a month ago, the company was valued at $65 billion by bankers at Goldman Sachs. Now? It’s valued at $10 billion maximum, and that is only if Softbank, the Japanese tech investment giant that is WeWork’s largest shareholder with 29 percent, invests in the company again in 2020.

WeWork’s other branches, such as WeLive, and WeGrow are all part of the We Company. On its website’s main page, a letter written by Neumann welcomes visitors. Ironically, it is titled The Beginning of a New Story. This letter isn’t about his resignation, however, but rather about how We Company’s goal is to upgrade the WeWork business model by applying its strategy to every other aspect of our lives, which, until now, has been a success.

In less than five years, WeWork became the largest private tenant in London, expending at a ferocious speed. While WeLive has branched into residential accommodation in the U.S., WeGrow has a school in Chelsea, New York, and offers other short term courses all over the world. In other words, We Company is, or should I say used to be, a giant in the market. And like with many companies before, rapid growth mixed with a narcissist CEO prove to be a recipe for their collapse.

The success of the company could explain—without justifying—why Adam Neumann is known to have a messiah complex, stating many times that he wants to “change the world”. But with WeWork’s filing came a steady stream of headlines detailing Neumann’s mismanagement and dreadful behaviour. Despite not talking to anyone about what is happening inside the company right now, WeWork employees previously shared with Business Insider that the previous CEO was known for drinking expensive tequila and smoking marijuana in the office. Neumann made more statements, declaring he wanted to become Israel’s prime minister, the president of the world, and even live forever.

What was supposed to be his celebration as a visionary became one of the most catastrophic debuts in business history. Since the 14 August filing, the company’s free flow of alcohol and its spiritual consciousness has been torn to pieces. And finally, last week, it was announced that WeWork is planning to lay off between 10 and 25 percent of its workforce as its new CEOs focus on the core business.

So what will be left of the myth that WeWork was? The possibility that, maybe, even if the company is on its way out, the workspace revolution isn’t. What WeWork sold to startups, freelancers, and other businesses was the idea that a workspace could also be a place of fun, relaxation, and healthy work—something that we should all aspire to, as freelancers or nine to fivers. And while having candle-making classes every day is not necessary, clean shared facilities and reasonable rents sound appropriate. It’s up to the competition to step up now, and rebrand the idea of a perfect workspace (once more). 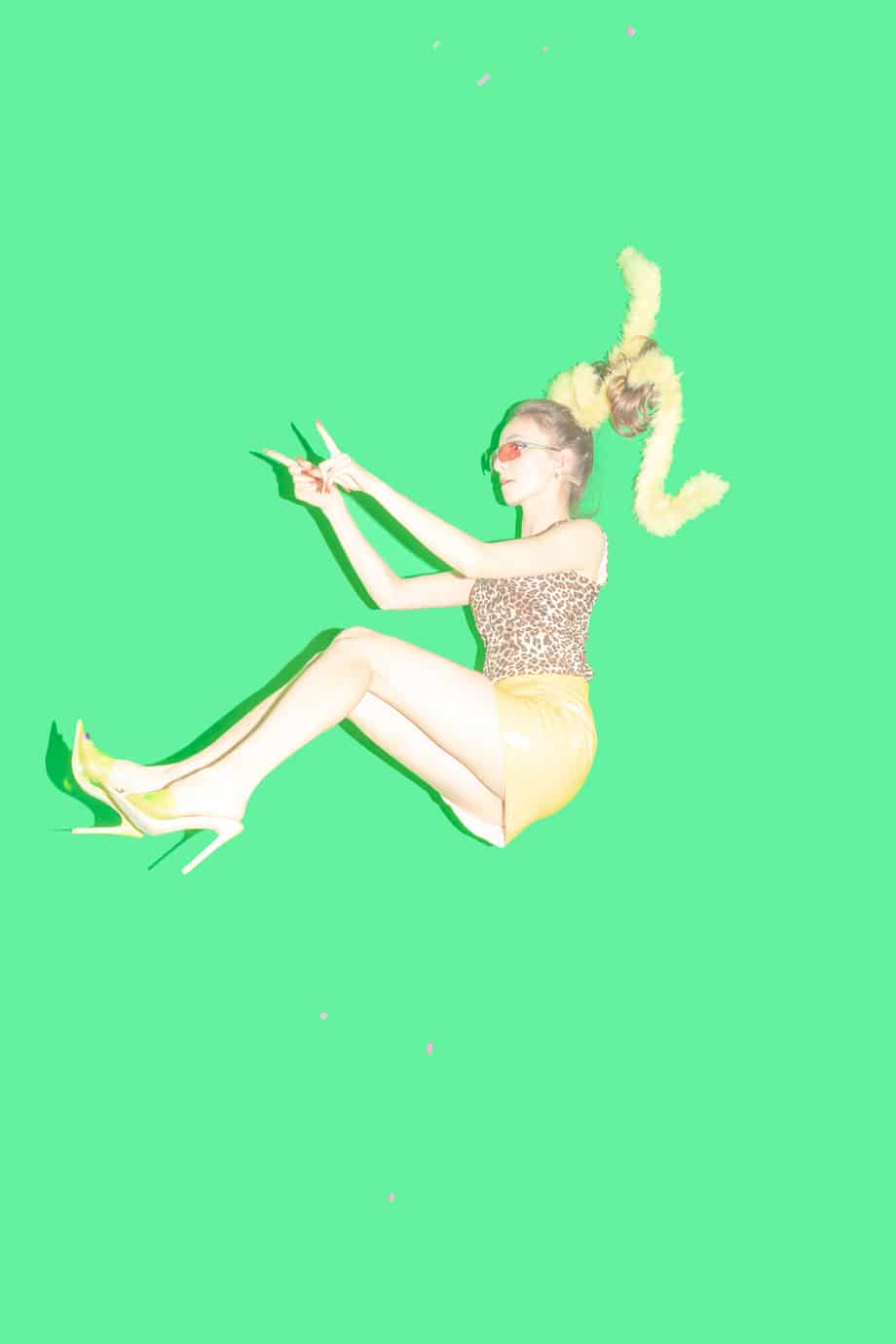 Freelancing is still on the rise, but the golden life of self-employment is a lie

Freelancing is still on the rise, but the golden life of self-employment is a lie

There are few things more enticing than the prospect of escaping the soul-crushing routine of the nine to fiver. In the recent decade, freelancing has risen up as the ultimate solution for the dissatisfied individual, offering the freedom of flexible self-employment, an improved lifestyle and other glittering promises of work-related happiness at our exhausted, overworked faces, prompting many of us (me included) to quit our jobs and begin the hustle toward self-fulfilment.

Today, more than a third of U.S. workers are in the gig economy, and it’s hard not to see why. In 2019, we are constantly confronted with the modern ideals of success: independence, self-actualisation and purpose. The logic is infallible—almost. Why gift a lifetime of hard work, your soul and your precious ideas to ‘the Man’, when you can keep the fruits of all that you can offer to yourself? Why commit to a rigid working structure and vacations on a tight leash? Why never have the time to pursue personal passions or allow yourself to be the leader that you can be, all the while running the risk of getting sacked when the time comes to downsize? If you’re a creative, all the better, because freelancing is presented to you as the means to the glorious end of living for your art.

We’re fed the myth that the way to happiness is paved by self-starters, championing the self-employed high risk, high gain lifestyle as the next step on the ladder to self-actualisation. The internet and social media are littered with articles, how to’s and interviews of successful freelancers who declare that they’d never go back to employment, painting work-as-wanderlust pictures of working from their laptops from exotic beaches, cocktail in one hand, with only the mildest sensation of being swamped from constant proposals of work from clients that they adore, for projects that they love.

But the day-to-day reality for the freelancing individual couldn’t be further from the painted truth. Studies show that freelancing translates into less freedom instead of more. The line that separates work and life becomes blurred until it disappears and you end up switched on 24/7, mulling over concepts, looking over accounts, pitching to new clients, and networking, networking, networking.

A 2019 survey found that, in the U.S., 92 percent of freelancers work on vacation. The flexibility promised by the freelance economy becomes another rerun of the be-careful-what-you-wish-for saga: flexibility, yes, but only to increase your working hours from 9 to a hearty 16. The truth is not that freelancers become hardcore workaholics—it’s that they absolutely cannot switch off, or risk missing out on contracts that pay the bills and the many significant overheads that come with being self-employed. The perceivably appealing position of wearing all the hats in your business quickly turns into an unsustainable situation, translating in the long term into perpetual over-exhaustion.

As a freelancer, companies can choose to pick you up and drop you without so much as an email, shrinking and expanding as required by the amount of work they find themselves with. The reality is that, like everything in capitalist structures, the freelancer has turned into prey to market forces, becoming entirely dispensable in the face of a seemingly infinite supply of freelancers reachable from all corners of the globe.

Even gig economy platforms, such as Fiverr, Upwork, Toptal and Freelancer.com, to name a handful, created specifically to support freelancers and increase client bookings, have become mere bidding sites—war zones that directly pitch freelancers against each other in order to bring down the price for highly specialised skills to next to nothing. That is, of course, if you get paid at all. Stories of hard work handed over freely in exchange for the promise of ‘exposure’ abound, because it is now a normalised trade-off that hardly raises eyebrows anymore. We all know that all work deserves pay, but,  somehow, we are not in a position to demand it.

The solution to escaping the bottom rung, it seems, is to network till you land higher paying contracts, but if the disproportionately high importance placed on networking indicates one thing, it’s that without connections and nepotism, working inexplicably hard and honing your talents will get you nowhere.

Those who justify away the issues with the gig economy with grandiose statements of being ‘blessed’ and ‘humbled’ to be able to work for their art have another thing or two to contend with. The only way to even scrape by with the bare necessities of a relatively normal lifestyle in an industry that has reduced the value of labour hours to new lows is to produce in bulk; that is, shoot out lots of content for clients in very little time, placing productivity above all else. But such an emphasis on speed does very little for your art, as much as what churning out sub-par content to meet constant deadlines does to your self-esteem and standards.

When we zoom out and look at the bigger picture, what we see is an alarming restructuring of the job market leaning heavily towards big, traditional employers. The truth is, in no time in history has being an employer been so cost-effective and free of responsibility. In no time in history has highly specialised, high-quality work been sold for so little, and never have individuals been so satisfied with being swindled, raising the question of whether in trying to ‘stick it to the Man’ we have perhaps inadvertently stuck it to ourselves.