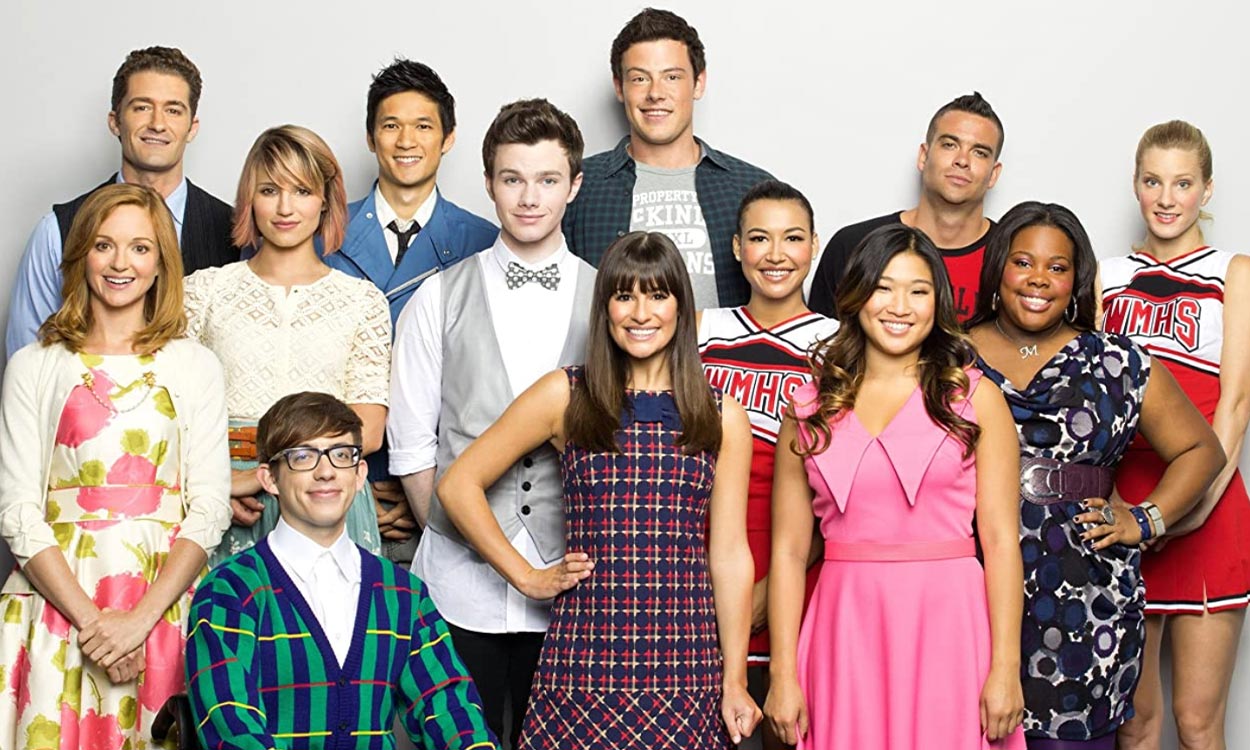 As someone who had the first three seasons of Glee downloaded on their iPod touch and who personally attended the show’s 2011 live tour at the O2 in London, you’d think that a new docuseries exploring the popular TV show would be right up my street—you’d be wrong.

When I first heard about The Price of Glee, I immediately cringed. Then, after I discovered that a number of the former cast members had explicitly criticised the series due to its exploitative nature, I was angry. We’ve witnessed a tidal wave of shady shows recently, all profiting off of the trauma and tragedy of celebrities and normal citizens alike—Monster: The Jeffrey Dahmer Story is clear evidence of this. From a former Gleek and loyal fan, I’m truly disappointed—here’s why.

Glee may have aired in 2009, but for a lot of people, the musical theatre-themed TV show only entered their atmosphere when the internet decided to peddle a ridiculous albeit hysterical rumour that Lea Michelle is illiterate. It was admittedly incredibly entertaining watching gen Zers pirate old clips of the actress seemingly struggling to read—the internet does have its moments of genius.

With a renewed interest in the show, opinions, hot takes and conspiracy theories began to flood my TikTok FYP, and while some of the videos were lighthearted and understandably nostalgic, others exposed a different subsect of content also picking up speed—videos hinged directly on unearthing past trauma and dredging up upsetting situations connected to the Glee cast.

If we’re being specific, the top three topics of conversation flooding my timeline concerned either the drug-related death of Cory Monteith (who played Finn), the suicide of Mark Salling (Puck)—who’d been charged with possession of child pornography—and the death of Naya Rivera (Santana), who’d drowned in a tragic accident in 2020. I’d also like to make it abundantly clear that I do not consider Salling to be held in the same regard as Monteith and Rivera—I don’t even like mentioning him in the same sentence—however, his existence is relevant to my argument.

Now, it’s one thing for netizens to stick their nose into celebrity stories and conjure up salacious gossip. It’s another thing for a television network to create a three-part series—broadcast on national TV—produced in efforts to profit off of the deaths and trauma of former cast members.

When it was first announced that a new Glee tell-all docuseries was due to air at the beginning of 2023, I’ll admit I was curious. Part of me thought we’d be given a deep dive examination into why producer Ryan Murphy ever allowed Matthew Morrison—who played Mr Schuester—to bump and grind with a cohort of high school students while belting out Robin Thicke’s ‘Blurred Lines’.

Unfortunately, this wasn’t the case. Instead, the popular network Investigation Discovery teased a show which, from the gate, makes it clear that not only would zero former cast members participate in it—red flag number one—but also that the tabloid-infused series would be dabbling with Monteith and Rivera’s deaths by interviewing an executive assistant twice removed along with a circle of unknown reporters. Talk about inside scoops, heh?

Within the trailer alone, we were fed snippets of interviews, all focused on trying to reel audiences in with promises of ‘exposing’ and ‘revealing’ new dirt and gossip surrounding the show. In reality, when The Price of Glee eventually came out, all we were given were vague segway anecdotes and what production considered to be ‘new’ insights on stories that’ve been rehashed in the media for years on end.

For me, as I’m sure can be said for many other viewers, I felt incredibly uncomfortable watching Rivera’s father George recount his daughter’s death and theorise about how the tragic accident occurred. I can imagine this is the kind of content which, when pitched to former Glee cast members such as Kevin McHale, who played Artie on the show, dissuaded them from participating and subsequently even resulted in them actively criticising the show.

After someone tweeted about the docuseries, insinuating that former cast members would be directly involved, McHale responded: “Show me this ‘cast’ you speak of. This is trash.”

Chord Overstreet, who played Sam, also stated his thoughts on the matter, telling sources: “I think that everyone [who] did that show and experienced it doesn’t have anything to do with that from what I know… We’re all really close, pretty much like family and nobody knows anything about that. I think it is a little bit of just trying to get people to watch something.”

Glee was a true television dichotomy. For many of us, it was a haven of escapism—full of awkwardly choreographed musical numbers, teen romance and gay awakenings. It represented a time before Trump had demolished democracy or Prince Harry had told the world about the time he lost his virginity. However, as society continued to grow, the mysticism and allure of Glee seriously dampened. We now cringe at the abundance of overtly problematic and inappropriate plotlines—cultural appropriation and misogyny featured in the show as often as Gwyneth Paltrow did.

The Price of Glee proves that sensationalism is still king in the entertainment industry. One only has to look at the popularity of true crime documentaries on Netflix to see as clear as day that death is selling in droves—even pushing sex out of the limelight. I’ll still Gleek out whenever I hear a song previously covered on the show and I’ll continue to enjoy TikTok’s finest memes. What I won’t do however is engage with a scheme that manipulates someone’s death, rather than honours it. 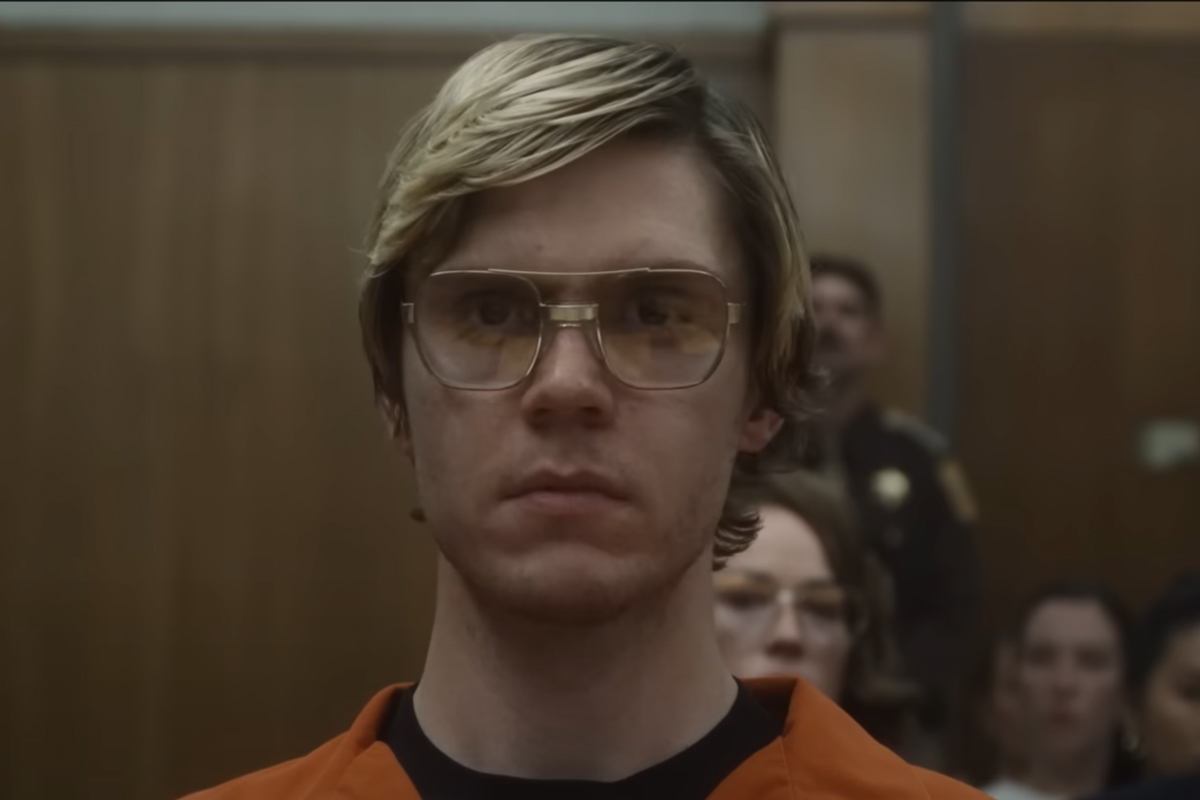 After the release of Netflix’s Monster: The Jeffrey Dahmer Story, its infamous serial killer and cannibal subject is back in the spotlight—again. This time, it’s all thanks to a sickening TikTok trend that’s currently gaining traction on the platform.

As shown in the limited-run series, Dahmer dismembered his victims and then took polaroid pictures of them in sexual poses. Dubbed as the ‘polaroid challenge’, the trend in question hence involves TikTok users looking up these images online and recording their reactions for the rest of the world to see.

As you can imagine, this has caused many people to call out creators jumping on the so-called trend for using Dahmer’s victims as bait for likes and views—which in itself is sickening. At the same time, it also begs the question as to why these disturbing images are available to the public in the first place.

The internet is rightly furious about this, with netizens taking to social media to speak out against this awful challenge. “People on TikTok are upset because they couldn’t find the polaroids Dahmer took of his victims? What is wrong with people? I’m actually sick to my stomach right now,” one person tweeted, while another added: “Only TikTok would make it a trend to look at and post a reaction to looking at the Jeffrey Dahmer polaroids.”

The polaroid challenge isn’t the only thing the new Netflix show is being criticised for. Following the success of Monster: The Jeffrey Dahmer Story, the victims’ families revealed they were never consulted about the making of the programme, and hence never gave their consent for it to be made, with relatives expressing their anger and grief on Twitter.

The ‘Milwaukee Monster’, before being beaten to death just two years into his prison sentence, has even previously described to the FBI that the best cuts of human flesh tastes like fillet mignon—a cut of meat taken from the smaller end of the tenderloin of a cow—and also admitted to his interviewer that he would cook “thighs, biceps and various internal organs” on a skillet before consuming them.

While true crime media is big business and enjoyed by many people across the globe, Monster: The Jeffrey Dahmer Story is possibly the most controversial one on the bottomless list yet, with many issues arising in its wake—including the problematic resurgence of serial killer romanticisation with every new TikTok and YouTube Shorts edit. And with hype for the show still going strong, it seems like the story of one of the world’s most notorious killers, as well as all the controversies surrounding him, are here to stay for a while longer.