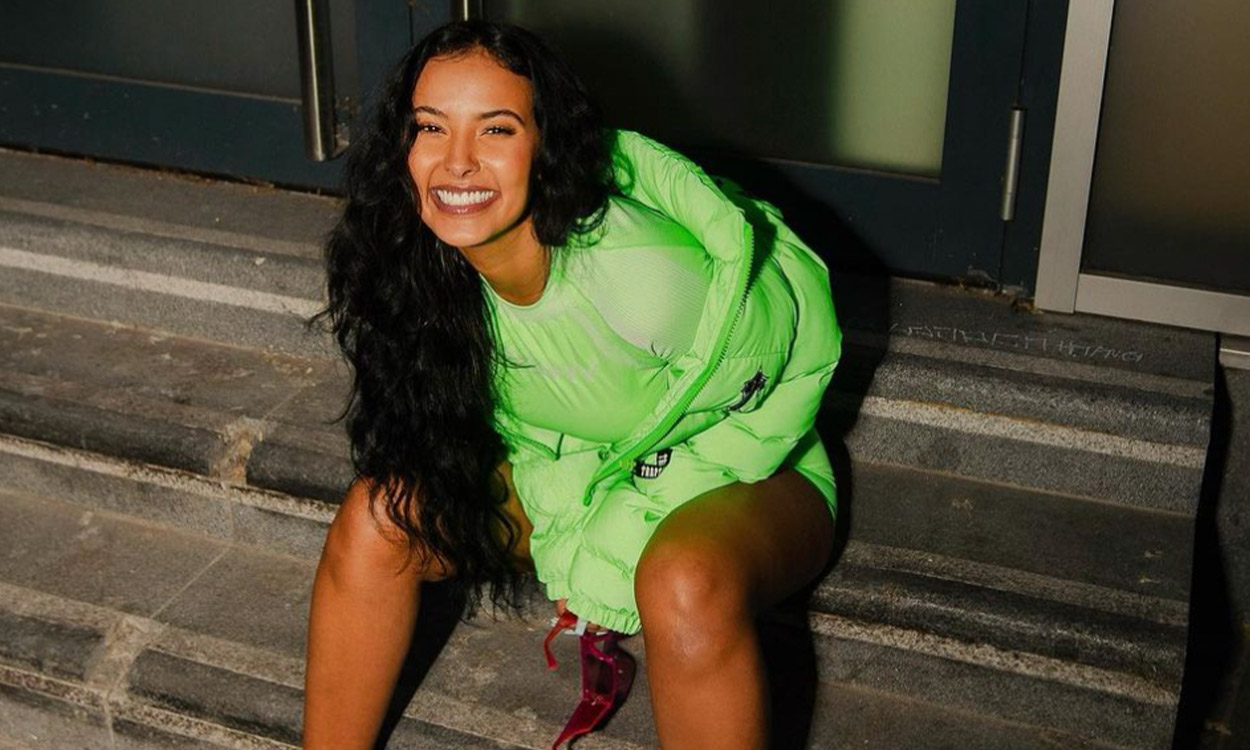 From minuscule media gigs to hosting the coveted MOBO Awards, Maya Jama has established herself as the kingpin of British TV presenting. Having dutifully made her way up the ladder, Jama has now managed to secure one of the most prestigious media jobs in the UK—hosting Love Island. A firm favourite among gen Zers, the addictively juicy reality TV show is finally returning to our screens with the first episode of its winter edition due to take place on 16 January 2023. Considering this will be Jama’s first season, we thought it’d be apt to take a trip down memory lane and revisit some of the presenter’s most impressive career wins.

Jama’s career trajectory is nothing less than astronomical. Her résumé boasts career milestones such as presenting gigs for Sky TV, Copa90 and the Brit Awards. Also included are a myriad of modelling jobs with titanic brands including Adidas and Maybelline, extensive reality TV credentials as well as a lengthy cluster of other in-person hosting positions. To sum it up, the girl’s been insanely busy for the past decade. Oh, and lest we forget her former status as BBC Radio 1’s go-to girl.

In a 2019 interview with Vogue, wherein the publication aptly deemed her the “poster girl” for a generation, the presenter noted: “The thing I get asked most is, ‘How are you so yourself? How do I get that confidence?’ I always respond, ‘Do whatever you would do if nobody was watching; don’t ever hold yourself back because of other people.’”

It’s true, Jama’s genuine charm and ability to draw you in has catapulted her to idol status—particularly among young Brits. She’s effortlessly charismatic, so much so that we can’t help but root for her. In 2020, alongside internet favourite Chunkz, Jama also made history by being the youngest woman to co-host the MOBO Awards—an annual event celebrating the best of black music. If anyone has proven their prowess for showmanship and adaptability, it’s her.

Tabloids have repeatedly minimised Jama’s accomplishments, comparing her achievements with that of white female presenters or fetishising her romantic relationships—anyone remember those four years when she was often solely referred to as “Stormzy’s girlfriend?” Nevertheless, the people’s princess has proven time and time again that she’s earned her place among the crème de la crème of the media elite.

With big reality TV power comes big responsibility. Love Island has faced a hefty amount of criticism over the years for its handling of candidates’ mental health post-show. Duty of care is still an issue within these kinds of highly emotionally charged environments—both on screen and off.

As reported by Vanity Fair, “there’s a difference between intellectually understanding something and experiencing it. And the kind of vulnerability that enables fame on Love Island—on almost any reality show—often leaves people radically ill-equipped to cope with it. There have been a handful of suicides within the casts of reality programs, from The Real Housewives of Beverly Hills to Storage Wars.”

However, these issues of mental health are in no way confined to contestants. In February 2020, former Love Island host Caroline Flack committed suicide after suffering extortionate online abuse and harassment. She became the third individual associated with the show to take their own life.

Now, in 2023, we’re all questioning the purpose of these programmes and whether they should be allowed to continue considering the complete destruction they often leave in their wake. At least some comfort can be taken in the new, recently announced duty of care protocols by ITV. Within these new parameters, participants will be asked to pause handles and accounts on their social media platforms for the duration of their time on the show—one of the many measures that ITV hopes will help to reduce strain on the cast’s mental health.

Additionally, ahead of entering the villa, Islanders will also receive guidance and training around mutually respectful behaviour in relationships. Participants on the show will also continue to be offered video training and guidance covering inclusive language around disability, sexuality, race and ethnicity, and microaggressions. These measures are invaluable, however, they don’t rectify or inherently change the often unstoppable toxic aspects of the show’s format.

Following the announcement that Jama would be heading up this year’s winter and summer seasons, gen Zers took to TikTok to show their feral excitement and enthusiasm for the presenter, making it insanely clear that they approved of the appointment.

One of the reasons viewers may’ve been so excited for Jama to come on board is due to the inexplicable issue fans had with the previous host, Laura Whitmore who took over after Flack’s death. Unsurprisingly, people were so unimpressed with Whitmore’s hosting style they even created a Reddit thread dedicated to slating the presenter.

The general consensus seemed to be that they deemed Whitmore as “dull,” “wooden,” and “boring.” While even I can admit she didn’t particularly jump off the screen, the sheer amount of criticism she received spoke more to misogyny than it did media training.

While it’s exciting to see someone as loved as Jama take on the Love Island mantle, it’s also important to recognise the fact that there’s every chance she might still face a barrage of backlash—no matter how hard ITV tries and rebrands. 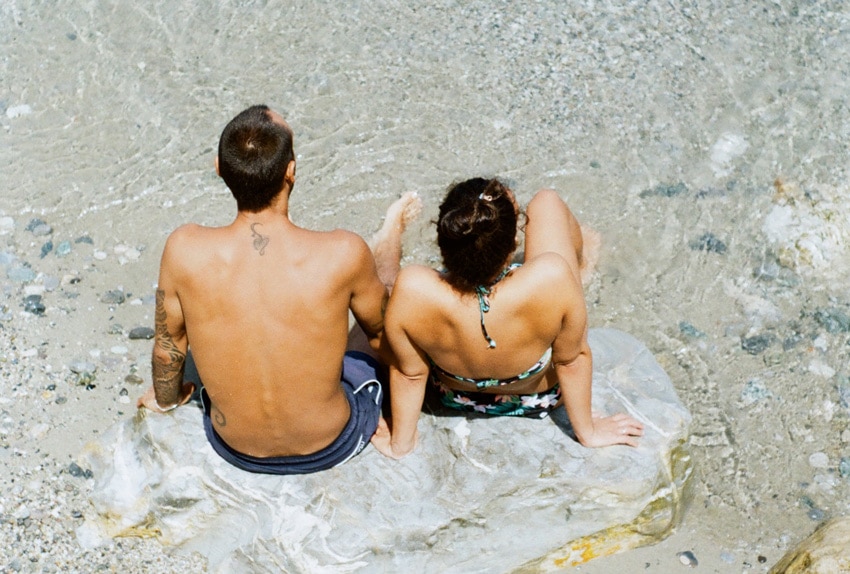 What Love Island teaches us about toxic monogamy

It is 2019, and the normalisation of people wishing to explore romantic relationships outside of the realm of ‘traditional’ monogamy is steadily growing. This concept, however, is still something relatively new and is not for everyone—which is why we can’t expect it to be depicted in mainstream media, such as reality TV shows like Love Island, any time soon.

For the past two months, Love Island has taken over pop culture. With the show coming to an end next week, I hear people passionately debating on who should win on the tube, and I never fail to ask my colleagues every morning, “What did you think of last night’s episode?” But like any reality TV show, Love Island has its faults. It’s no news that the show lacks diversity, and it has been criticised for failing to represent a range of ethnicities, backgrounds, ages, and body shapes. The show is also predominantly cisgender and straight—with only one instance of a same-sex couple dating back to 2016. And so, this year’s complete lack of representation of relationships outside of what is known to be the ‘standard’ is no surprise.

Love Island also appears to be a strictly monogamous show, with contestants having to ‘couple up’ with one person, while their relationships get tested every week. The audience votes for their favourite couple, and eventually somebody wins £50,000. The problem is, sometimes, Love Island presents a dating culture containing some of the worst, most toxic traits—also known as toxic monogamy culture.

Toxic monogamy displays signs of codependency that manifest in toxic outcomes. Among them are jealousy, the idea that love and commitment should cause you to cease any attraction for anyone else, the idea that your insecurities are your partner’s responsibility and that they should ‘fix’ you, the idea that love overcomes every other practical incompatibility, etc.

Toxic behaviours within romantic unions are prevalent throughout the show. Just recently, Michael got back from Casa Amor, choosing Joanna over Amber, getting his ‘head turned’. Following your heart is no sin—but what Michael did, instead of owning up to the fact that he just likes Joanna more as a romantic partner, is blame his choice on the fact that Amber is childish and made him bite his tongue on some occasions. Instead of communicating these issues with her prior, like a healthy couple should, Michael went on to humiliate Amber on national TV, trying to gaslight her into thinking that she wasn’t good enough for him.

In the villa, there is a distinct separation between men and women. Boys hang out with boys (because of the ongoing toxic masculinity that impacts the ‘lad’ culture of the villa) and girls hang out with girls (apart from that time Lucie didn’t want to be friends with the girls because she just didn’t get along with women, casting off an entire gender being a problem on its own). The two groups mingle and share occasional banter, but the moment that two members of the opposite sex form a deeper, platonic connection with a person outside of their couple, there seems to be a problem, further reinforcing the false narrative that friendship between men and women is impossible.

Last night’s episode is a perfect example of that. Jordan practically admitted to Curtis that he likes India (Jordan is Anna’s boyfriend), Curtis told Maura, and Maura told Anna. Instead of communicating this information to her partner, when Anna saw Jordan sit down next to India, she immediately enraged. “Am I not allowed to have a conversation?” Jordan asked, to which Anna yelled, “You have a fucking girlfriend, you idiot”. This further reinforces jealousy as a factor preventing male-female friendships. Yes, the audience is aware that Jordan’s head is likely getting turned. But Anna isn’t- what she has is simply word of mouth, creating a broken telephone situation, which could be avoided through clear and respectful communication.

Here’s the thing—jealousy has been normalised for far too long. It is not a healthy trait, and it most certainly is not an indicator of love. It comes from insecurity and self-doubt, limiting understandings of mutual trust and boundaries.

Last year’s contestant Zara McDermott wrote in Grazia, “It’s very abnormal and artificial to spend 24 hours a day with a group of people you don’t know. Emotions are SO heightened, you fall in love quickly”. By no means do I mean to invalidate Anna’s feelings—her emotions are valid, and they matter. The issue does not lie with the islanders, but with how we are taught to view relationships. It is difficult to reprogramme yourself to abandon the beliefs of ‘traditional’ monogamy, considering the vast majority of the population was brought up to view this concept as the only valid and appropriate form of a romantic union, often overlooking and accepting certain toxic traits and characteristics.

After coming out of the villa, Joanna told Metro that she had a good relationship with Amber and that they even “did each other’s make up”. But the producers failed to show this, instead feeding into the worn-out ‘Joanna and Amber fight for Michael’ narrative. The same applies to Molly-Mae and Maura fighting over Tommy’s affections earlier in the season, Maura versus Francesca for Curtis, Yewande and Arabella, and the tedious list goes on. Not only do the producers keep portraying women pitted against one another for the affections of a man, but they keep using jealousy as a prevalent factor for entertainment. And when you think about it, it’s really not that entertaining, but rather distressing.

“The key, for me, is the edit”, says Zara. The show makers have to fit 24 hours worth of footage into an hour episode, and of course, a lot gets cut out. The producers also have the power to shape the story in any way they wish, and they choose to display it in the way we see it.  Finally, a show in which contestants need to couple up under straining circumstances—knowing they could be instantly dropped by the public for getting their heads turned or failing to commit to a person they’ve only met 48 hours ago—must adopt certain changes. This isn’t only true of Love Island, though, but also of our society and relationships.

Until then, I’ll see you at the Screen Shot x Lover Love Island Finale viewing party (get your tickets here).