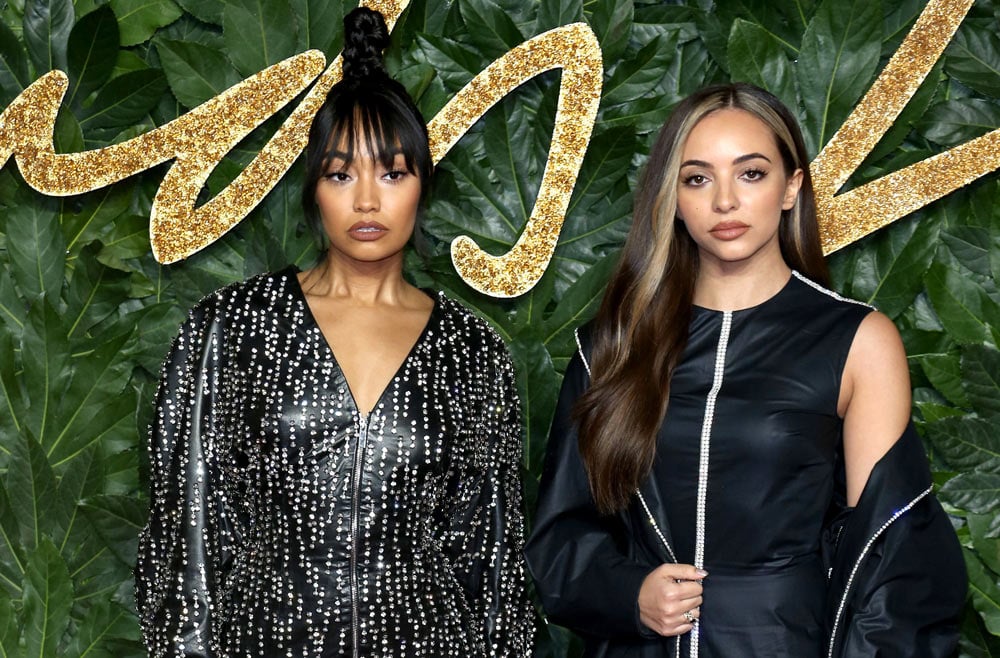 Just like any other industry, the world of journalism has been disrupted by technology, and with that came the introduction of AI journalism. Implementing an automated software that would keep up with the speed of information and bash out news articles has many positives for companies like Microsoft, who, just last month, decided to lay off dozens of its human journalists at MSN.

But the company’s plan seems to have backfired when its AI editor illustrated a recent story about racism with a photo of the wrong mixed-race member of the British girl band Little Mix. We’ve said it before, AI journalism is here to stay but does that also mean AI journalism will unknowingly further systemic racism?

Shortly after the Guardian revealed Microsoft’s plans to fire the human editors who run MSN’s news website and replace them with the company’s artificial intelligence code, the early rollout of the software proved itself to be a failure. MSN’s story about one of Little Mix’s singer Jade Thirlwall and her personal reflections on racism ended up being illustrated with a picture of her fellow band member Leigh-Anne Pinnock.

Thirlwall responded to the mistake by criticising MSN on Friday and saying she was sick of “ignorant” media making such mistakes. She also posted on her Instagram Story: “@MSN If you’re going to copy and paste articles from other accurate media outlets, you might want to make sure you’re using an image of the correct mixed race member of the group.”

“This shit happens to @leighannepinnock and I ALL THE TIME that it’s become a running joke. It offends me that you couldn’t differentiate the two women of colour out of four members of a group […] It’s lazy journalism […] DO BETTER!” Thirlwall added, not knowing that the image was in fact selected by Microsoft’s artificial intelligence software.

It should be noted that Microsoft’s AI editor does not write original content but instead picks pieces from trusted news sources and republishes them along selected images, which is how the AI ended up confusing the two singers. But how come Microsoft’s software cannot tell mixed-race individuals apart? Is the AI built to be racist?

Speaking to the Guardian, a spokesman for the company said: “As soon as we became aware of this issue, we immediately took action to resolve it and have replaced the incorrect image,” clearly avoiding addressing the possibility of having implemented a racist automated editor. Although it still isn’t clear exactly what caused this error, Microsoft denied it to be a result of algorithmic bias.

With the current protests against systemic racism taking place all around the world, now is not the time for Microsoft to make a mistake during the test run of its new software—not now, not ever. MSN’s AI editor still has to be overlooked by some human editors. This type of mistake is exactly what editors should have spotted.

This ‘mistake’ made by MSN speaks volumes of the media’s problem with systemic racism. Let us not forget when the BBC used some footage of basketball player LeBron James to illustrate news of the death of Kobe Bryant. Before we start pointing the finger at artificial intelligence, it is time for us to look at the bigger picture and admit that the media plays an important part in systemic racism. 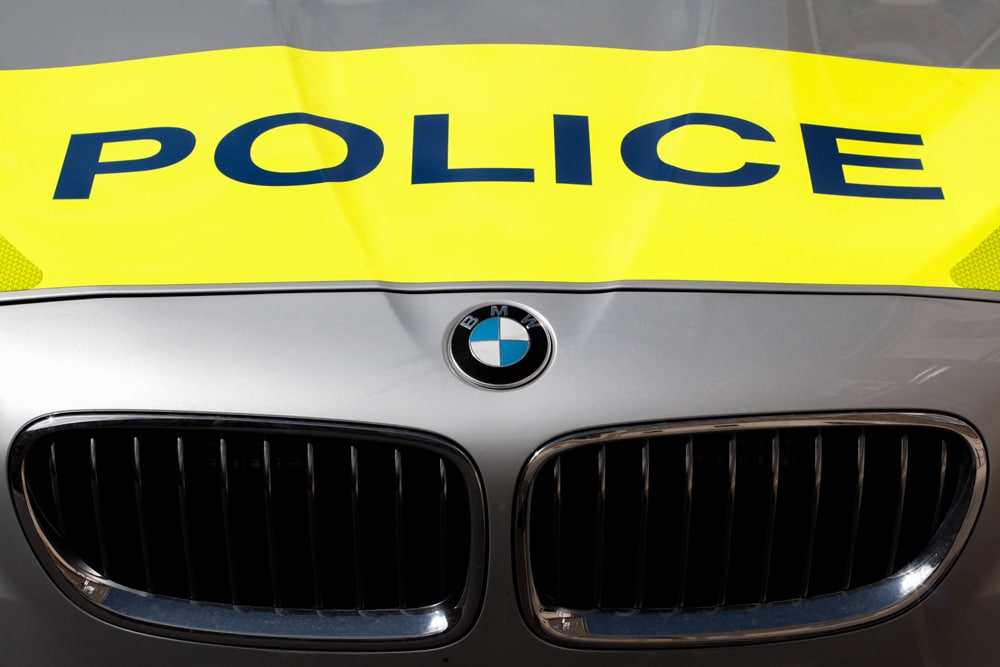 A week after we saw Derek Chauvin kill George Floyd in front of a camera he knew was recording, Emily Maitlis asked George the Poet on Newsnight: “But you’re not putting America and Britain on the same footing […] our police aren’t armed, they don’t have guns, the legacy of slavery is not the same, we have had a report many years ago looking at institutional racism and, you would hope, reversing or aiming to open that up, it’s not the same is it?” Here is why ignoring the UK’s denial of its own racism is as disingenuous as ignoring the US’ police brutality and racism.

“It’s not the same, is it?”—this is the language of denial that infiltrates almost all mainstream discussions about race in the UK. George the Poet had, at the beginning of this interview, outlined that although black people only make up 4 per cent of the UK population, they represent 40 per cent of the poorest households.

George the Poet also highlighted that black and brown people account for 50 per cent of young offenders in prison—this exponential rise taking place at a time when youth imprisonment in general had fallen by a third. In the face of clear examples of the structural and systemic racism black people face, it is therefore dishonest to say “but our police don’t have guns” as a means of separating the experiences of black people in the UK and the US.

The UK police, even without guns, kill black men at a disproportionate rate. The lack of guns did not save Sean Rigg, Rashan Charles, Ibrahima Sey or Sheku Bayoh.

It is interesting to watch the UK’s reaction to race rebellions. While it is true that the UK is definitely not as armed a country as the US, the lived experiences of black people in Britain bears significant parallels to those in America.

A report released by the American Civil Liberties Union (ACLU) in April 2020 stated that a black person in Minnesota, the state in which George Floyd was killed, was 5.4 times more likely to be arrested for marijuana possession between 2010 and 2018. And this was despite black and white people having comparable usage of the drug in the state.

In the UK, The Colour of Justice Report from 2018 highlighted that black people were 9 times more likely to be stopped and searched for drugs despite using drugs at a lower rate than white people. My point is: the statistics are out in the open, and yet, Maitlis referenced the 1999 Macpherson report in her interview, ignoring the fact that things largely remain the same in 2020. It seems that rather than investigate institutions, Britain instead interrogates black people about the credibility of their assertions.

The criminal justice system is one area where we see black people being treated differently, beginning with the initial engagement with the police and all throughout their court proceedings, at which they receive harsher sentences than their white counterparts. However, we also know that black children are excluded from mainstream education at a higher rate than white children.

We know there is a dearth of black people in leadership roles in media, law, finance and even sports. As a black person who arrived in this country as an asylum seeker and went on to become a barrister, I and many others can tell you countless stories of exclusion and outright racism.

You do not have to have a knee on your neck for over 8 minutes to have experienced violence. There is violence being perpetrated by school exclusions, by underemployment, unemployment, immigration detention and a lack of PPE in the midst of a global pandemic.

There is also violence in the way one minimises racism. Just try to remember the way black women were shouted down by mainstream media for saying the vitriol directed at Meghan Markle was because she was black. In the UK, as well as in the US, there is no desire to look beyond the surface. Why are commentators so interested in white working-class students having low grades at school while never mentioning that these white graduates who underachieve academically somehow manage to have higher employment rates than black students with equivalent grades?

These things matter. They matter because the death of George Floyd is not only about police brutality. It is about the life opportunities of black people in the towns and cities that they live in. On 31 May the Governor of Minnesota, Tim Waltz, outlined how Minnesota actually stands at the top or close to the top on a number of rankings in the US due to the quality of its public schools, personal income of its residents, homeownership rates, life expectancy and happiness.

But all these rankings were only true if you were white. If those rankings only focused on Minnesota’s black residents, the state would be at the bottom. This gives some insight into how different races can live completely different lives in the same space. This is what is happening in the UK and pretending that we don’t have a problem just because the police aren’t armed is not going to cut it.

To experience institutional racism and repeated micro-aggressions and then have to constantly debate our reality is violent. There aren’t two sides to this argument: white supremacy and racism exist. Diversity and inclusion literature and meetings are not the revolution, the real work is to be done by white people.

Dismantle your privilege, hire black people, magnify black people’s work and respect our humanity without qualification. Only when these things are done, without the prompting of black people, will real change materialise. It’s up to you now.