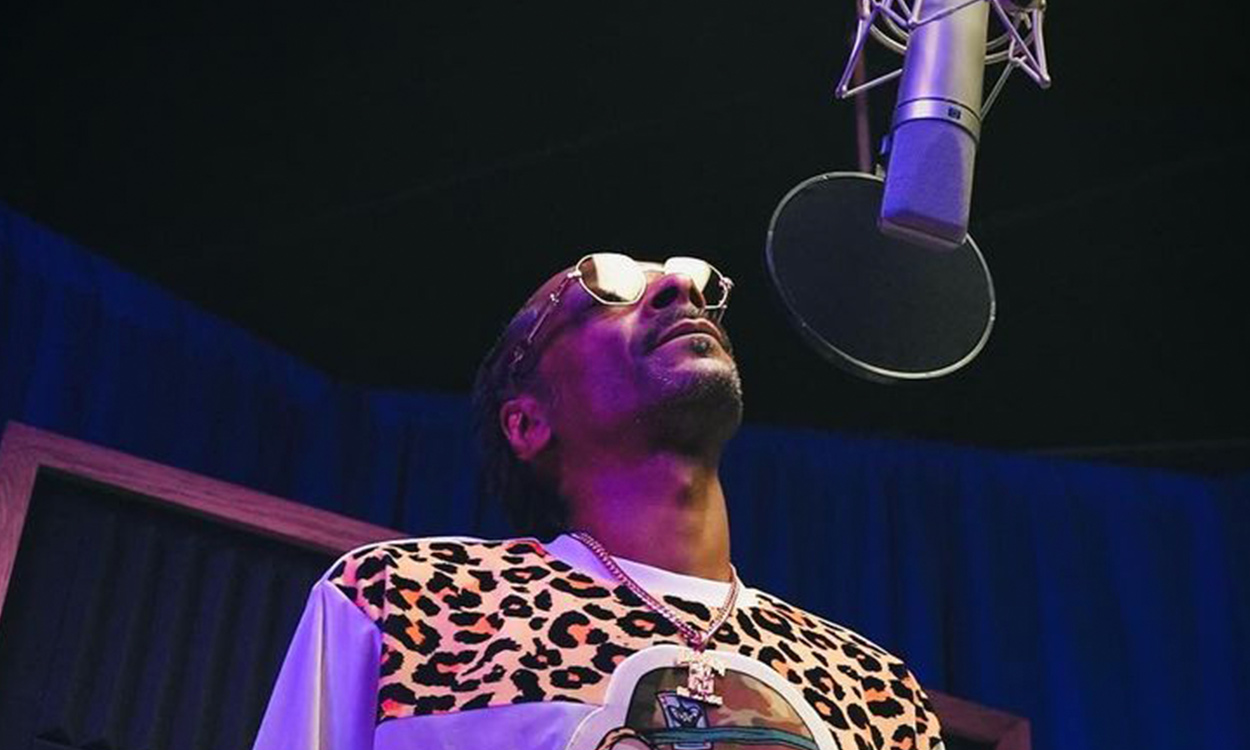 When he’s not being outsmoked by Willie Nelson or microwaving his blunts, hip-hop icon Snoop Dogg does occasionally find the time to rap on a track. That being said, if you’ve ever dreamt about getting a feature from your favourite weed obsessed West Coast rapper you might want to take out a small loan—or several. It turns out that a guest verse from the US artist is going to cost you a lot of money.

The veteran rapper recently revealed on an episode of the Full Send Podcast, which aired on 20 April 2022, that if anyone were to commission a verse from him, it would cost them  a staggering $250,000. Snoop told host Kyle Forgeard that the sum will get you “about 16 bars” and that “when it’s time to do the video, I need to get another $250,000 up out of you.”

Not only is it extra for a video feature, but Snoop also stated that “you only got about an hour of filming,” so artists need to maximise their time with the rapper. The ‘Drop It Like It’s Hot’ singer is known to have worked with a wide range of artists from fellow weed head Wiz Khalifa, to the world renowned Korean boy band BTS.

It’s not particularly surprising  that the legendary Doggfather charges so much for a feature, given his lengthy tenure in the music business. The artist is a core part of rap history, having come up at the same time as other legendary acts like N.W.A and Tupac. The weed king now owns the very label he got started with—Death Row records.

Don’t think the ‘Gin and Juice’ singer is selfish though, I mean who doesn’t like to get paid? We imagine these hefty features help keep his professional blunt roller comfortably on the payroll. Performers of similar status also charge sizable sums for their features too. Nicki Minaj reportedly charges upward of $500,000, while rapper Lil Durk expects $350,000 to appear on a track.

Sometimes we even forget Snoop Dogg raps, given how much of his time is spent getting into surprising scenarios—like that time he had a cooking show with lifestyle mogul Martha Stewart. We’d always wondered how Snoop got himself into such crazy ventures, but it seems as though it’s been his reliable features strategy that keeps the ball rolling—or should I say the joint? 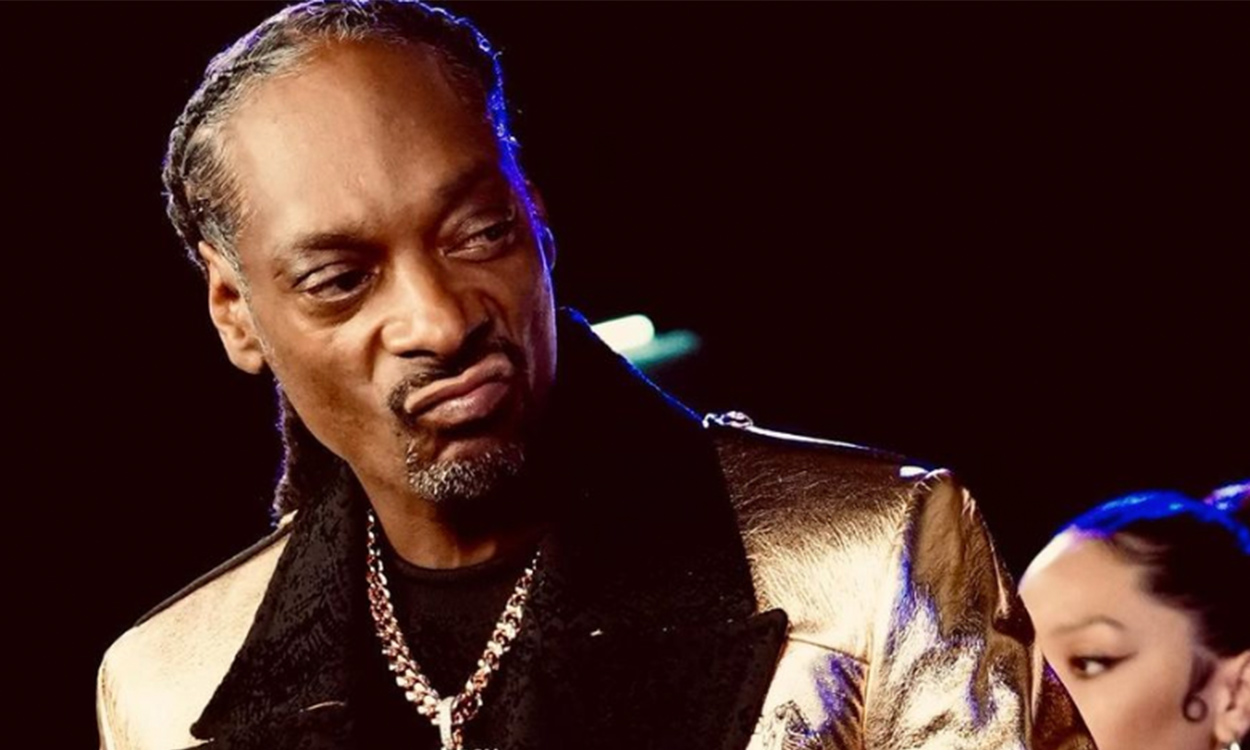 It’s a well-known fact that the West coast Cali legend Snoop Dogg is in a committed relationship with marijuana. This decades-spanning love affair has shown no signs of slowing down, with Snoop continuing to reign as king of the stoners. The rapper and personality so often finds himself entrenched in smoky antics, it can be hard to keep track of all the best stories we’ve been lucky enough to be in on. So kick back and relax as we take a look at Snoop Dogg’s top five stories.

1. It’s no surprise that Snoop Dogg was smoking from an early age

Many may not know that the lovingly nicknamed ‘Doggfather’ tried weed from a shockingly early age. In a 2008 interview with Esquire, Snoop revealed that his first dance with the drug was when he was only eight years old. In the interview, the rapper retold fondly that it was his uncle who first introduced him to cannabis and that “they had these little roaches on the table—these part-way-smoked marijuana cigarettes—my uncle asked me, did I wanna hit that roach? And I was like, ‘Yeah.’ He put it on the roach clip for me and lit it up, and I hit that motherf*cker.”

Although surprisingly young, it’s evident that weed has always been an important part of Snoop’s life, with the rapper having said himself that “it makes me feel the way I need to feel.” For him, the drug is all about its healing and connecting properties, something that he has always been outspoken about.

2. Snoop reveals the only man on the planet who can outsmoke him

In a shocking twist, Snoop seceded his title as smoke-out champion in 2022 to the 89-year-old legendary country singer Willie P. Nelson.

The rapper recalled on Jimmy Kimmel Live that he’s never ever hit the time-out button during a smoke sesh, except for the isolated incident of partying with Nelson and concluded that he was “the only person who has ever out-smoked Snoop Dogg.” On the Let’s Go! with Tom Brady, Larry Fitzgerald, and Jim Gray podcast, Snoop mentioned that “me and him were playing dominos one-on-one. He whooping my ass, and I’m just getting higher and higher and higher.”

Nelson then backed the story up in a separate interview with The Daily Beast where he said, “That was over in Amsterdam… he came over and we hit every bar, every smoke place in [the city]. We had a helluva time.” Although Snoop admitted that Bob Marley and Cheech and Chong are up there on the imaginary pot smokers Mount Rushmore of those who could contest his puff, we sure as hell weren’t expecting Willy P. Nelson to show up on that list too.

3. Snoop Dogg has his own blunt roller

If you’ve ever wondered how Snoop manages to smoke so much weed in one day, we have the answer for you. The rapper who revealed recently in a Reddit As Me Anything (AMA) that he smokes 81 joints a day, has his own personal blunt roller (PBR).

Over 500 blunts a week wouldn’t be possible without a little bit of help and Snoop takes good care of his help. The lucky holder of the all-expenses-paid, $50,000-a-year position is Renegade Piranha. She shared all the details on what it’s like to roll 150 blunts a day for the Doggystyle rapper on several podcasts. On The Review podcast with Yarmacrazy, the PBR admitted she had doubts when heading to the interview, thinking it was a scam. She went on to say that she had to go up against other candidates in a “blunt roll off” which she was skilled enough to win.

More insight was given on the position on the Kyle and Jackie O Show, where she mentioned that the position has her rolling blunts for all sorts of celebrity parties, often for the likes of clients like Kid Cudi and Rhianna. She continued by saying: “On average, I do about a quarter pound to a half pound a day, which seems excessive, so that’s roughly like 75 to 150 units per day.”

Piranha’s job has her rolling with “machine-like” accuracy, she said, given just how many blunts she turns over a day.

The outlandish tale comes from pot-smoking enthusiast Seth Rogen, who recalled in an interview with Variety that “Snoop Dogg once auctioned off a blunt on stage for Alzheimer’s” with the actor going on to note, “I think it went for $10,000.” The sale allowed one lucky donor to walk away with a certified Snoop roll-up.

The auction was organised by Hilarity for Charity, a foundation set up by Rogen and his wife Lauren Miller after her mother was diagnosed with early-onset Alzheimer’s. The fellow weed expert explained that to be “lucky enough to be able to get Snoop Dogg to come perform at your show and auction off a blunt for Alzheimer’s care and research” is a great privilege and really reflects on the good nature of the rapper himself.

5. Snoop Dogg smoked weed in front of the White House

In one of Snoop’s most daring weed-fuelled adventures, in 2018, he took it upon himself to make ganja history by smoking in front of the White House, all just to troll then US President Donald Trump.

In a hilarious set of Instagram videos, we see the celebrity set out on his mission. Unfortunately, it proved harder to complete his pilgrimage given that you can’t stop in front of the White House in a car and the building is surrounded by secret service agents.

Snoop did what he knows best though, and managed to roll up on a bench in full view of the White House, before taking a break to take pictures with fans walking by. The rapper loved trolling Trump during his presidency, exemplified by the release of his single Make America Crip Again in 2018. Defiant in the face of injustice, we love Snoop Dogg’s dedication to the smoke spot.

Snoop reminds us in these stories why he’s still the top dog when it comes to rolling up and rolling loud. Long live the king of the blunt.