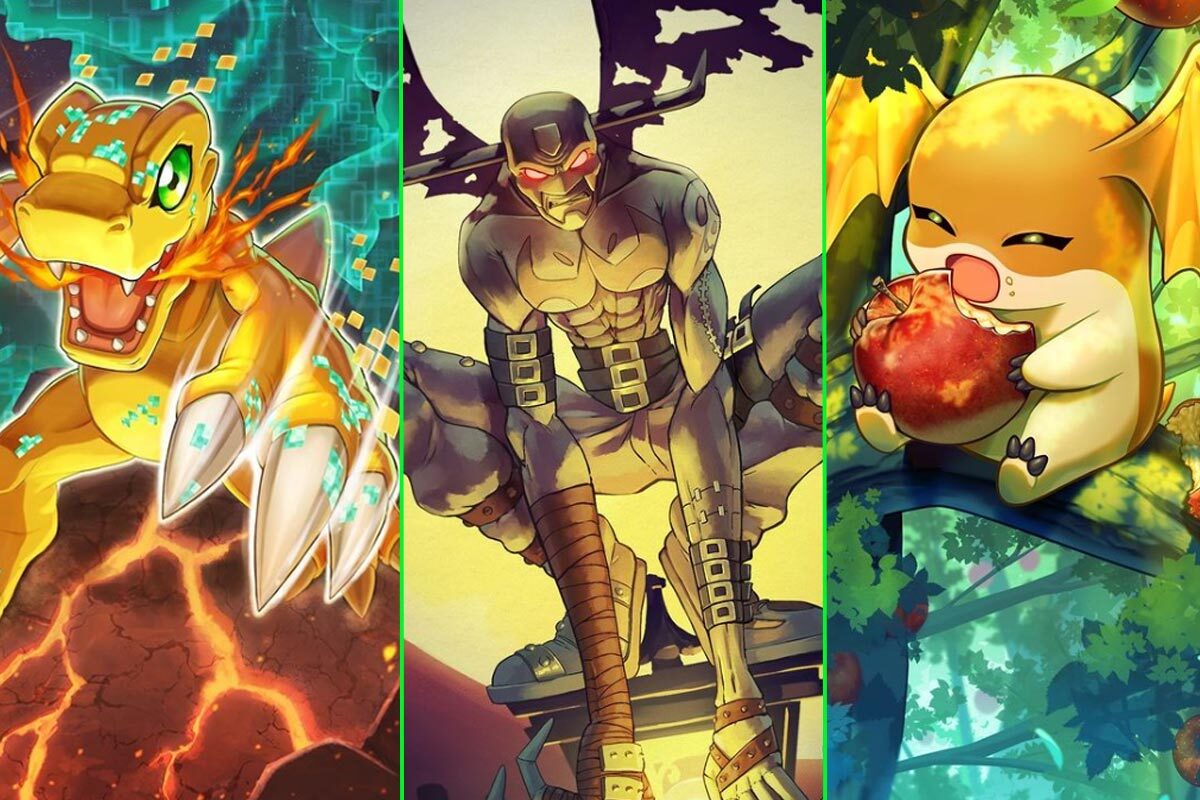 Rise of the Digimon TCG: The new trading card game taking the world by storm

Back in 1997, in the midst of the virtual pet craze, Bandai released the Digimon virtual pets to critical acclaim, following up just six months later with a second generation of the devices and then a third gen in 1998. This was the beginning of what became a worldwide phenomenon—much like the Pokémon franchise—and has since spawned countless TV shows, movies, video games, toys and most importantly, trading card games.

First released in Japan in 2020, and then the West in 2021, the card game had already established a solid player base in its home country. Since its subsequent global launch, the Digimon Trading Card Game (TCG) has slowly made a name for itself as one of the top TCG’s around. But what exactly is the Digimon TCG? To understand it better, let’s take a trip back to the year 2000 and pay a visit to Digimon TCG’s older brother, the Digi-Battle card game.

So what is the Digimon TCG and where did it all begin?

In February 2000, Bandai distributed its Digi-Battle card game in the West. Based on the very popular Digimon Hyper Colosseum in Japan, the initial release contained two 62-card starter decks and four 30-card half decks. This was followed soon after by the first booster set, containing 54 cards. Over its pitiful two year lifespan, only six booster sets were released, bringing the card total to 324 before it was ultimately discontinued.

There were a few reasons behind the premature death of the game for the rest of the world. The first being a lack of community support. In its homeland of Japan however, Digimon Hyper Colosseum had massive backing from a thriving community of fans. Each year, tournaments were held which would bring existing players together as well as aiming to draw in new players. Despite this, TCG culture was still pretty new in the West, so those kinds of groups and events didn’t really exist yet, making it much harder to find like-minded people to play with.

Secondly, learning to play the game was rather difficult. Unlike today, where we have YouTube and other internet resources at our fingertips to help us learn, a kid in 2000 trying to learn how to play would’ve had to read through a long and boring rules sheet—and who wants to do that? You would have thought that the Pokémon TCG would have had the same problem, but the brainiacs at Nintendo beat Bandai at its own game (pun intended) and came up with the genius idea to help children get to grips with its rules with the introduction of a digital version of the TCG for the GameBoy Colour.

Finally, there were major distribution issues. Bandai initially put the Upper Deck in charge of its Western circulation of the game, however, since the company had only previously dealt in sports trading card delivery the method was all wrong— resulting in only big stores such as Target receiving Digi-Battle card games, while smaller, local game stores hardly got a look in. The final nail in the coffin was when, after the release of the second booster set, Bandai decided to take over its own distribution of the game in the West, which only made things worse. The cards also got a new 3D re-design around the time which didn’t go down well with fans, making it the least printed set in the card game’s short history. Just two years later, Bandai discontinued it.

Fast forward to 2020 and we were presented with the release of Digimon Adventure, a reboot of the original 1999 anime. To coincide with this project, Bandai surprised everyone by releasing the Digimon Card Game. A brand new, completely redesigned Digimon TCG that had fans excited, if a little apprehensive. Would this one be a complete flop like its predecessor? You’ll find your answer a little further ahead.

What do players think of the game?

The Digimon TCG (2020) actually has a pretty simple concept. Two players take on the role of the ‘Digidestined’—a person who has been chosen to protect the digital world from evil forces—and battle it out with their Digimon, ‘digi-volving’ them to make them stronger and ‘break’ the other players’ five Security Cards (think of them as firewalls). After all of a player’s Security has been destroyed, one final attack will finish them off and win you the game. Seems simple enough on the surface, but much like an iceberg, there is so much more than meets the eye—a very encouraging sign for any fledgling TCG.

To understand why this game is gaining so much attention in the TCG community, SCREENSHOT spoke to some avid Digimon TCG (2020) players to get a better understanding of what makes it so special. Sven Laughlin, Mark Paquin and Anthony T’Challa are all huge fans of the game and shared  similar sentiments when it came to what drew them to the community.

“I’ve always been a huge fan of Digimon since I was a kid. I loved watching the original series and even playing the original card game,” said Laughlin. “So when I saw a new game I knew I had to play!” T’Challa was much the same, and even managed to create multiple communities consisting of dozens of players, “I’ve been a huge fan of the Digimon series since I was a kid [too]. My best friend and I saw a few of the original starter decks in 2021 and thought ‘Why not?’.” Since then he hasn’t looked back. “Honestly, the best decision we’ve made! We went from three friends at our kitchen table to starting a local community of dozens of players at multiple local game stores!”

So, it seems quite clear so far that the game sparks a lot of nostalgia for its players, which is to be expected. With many of us growing up around the time the series was in its heyday, it’s understandable that that would be a large motivator for fans to start playing. But what about the game itself? Is it even any good?

Paquin definitely thinks so. “Coming up with fun strategies or seeing people able to make their decks based around their favourite Digimon is exciting,” he said. “Plus the memory system is a great resource balancer.”

Unlike Magic: the Gathering (MTG), or the Pokémon TCG, which use resource cards such as lands or energy respectively, the Digimon TCG uses a memory gauge—going from 10 to zero and then back to 10. This system is shared by both players, so by spending memory to play cards, you’ll slowly shift the memory counter onto your opponent’s side. Once this happens, it becomes the other players turn. So not only does it really make players think about how to best utilise their memory, so as not to give the opposition the advantage, it also allows for more customisation of their decks without worrying about how many resource cards they need.

Laughlin agrees with Paquin on the excitement around the game but for a different reason. “The game is so fun to play mainly because of the community. I’ve made a lot of new friends since I started playing.” It seems that community is a huge part of this TCG, which is warming to see, especially since it’s a far cry from the original Digimon TCG that did so badly partly because of its lack of community.

Can Digimon ‘digivolve’ into a top tier TCG?

So, we know there is a strong sense of nostalgia for the game, it plays pretty well and has a very strong community behind it but the next logical question would be: Can it reach the heights of the big three? Yu-Gi-Oh!, the Pokémon TCG and Magic: the Gathering. This TCG holy trinity has been around for a long time and have individually rooted themselves as the pinnacle of what trading card games should be. Can the Digimon TCG make it into the big leagues? Do they all have the potential to stand the test of time?

“Pokémon maybe. I don’t see much Pokémon play, at least where I reside” said Paquin. “Magic would be a bit of a reach with its longevity and diehard player base. That would have to be seen if Digimon sticks around for years to come.” T’Challa however has a much more positive outlook for the game “Absolutely. At first, I had my reservations. But the popularity of the game has skyrocketed since we first started playing […] more people from different TCG communities like MTG and Yu-Gi-Oh! have been migrating to us.”

It seems that the Digimon TCG has all the makings of an incredible trading card game. It’s only in its infancy, and will definitely have to prove its worth against the big three, but with so much love and support for it already, it seems like it is well on its way to becoming the next great trading card game. T’Challa sums it all up quite nicely. “The game is so accessible, the cards are relatively inexpensive compared to other TCGs, and the community is fantastic and welcoming. I haven’t been this happy playing a card game since playing MTG as a kid.” If that doesn’t say it all, I don’t know what does.