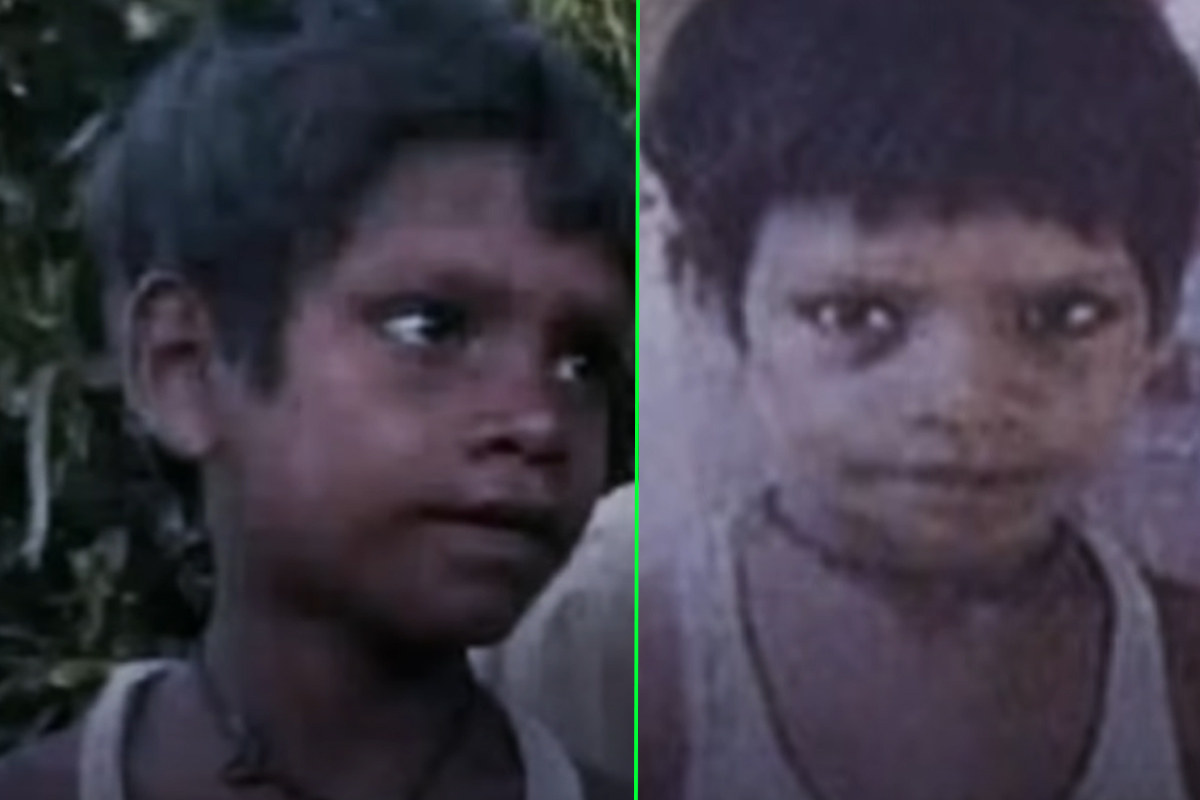 A young boy from India named Amarjeet Sada had allegedly murdered three people all before he turned eight years old.

In 2007, police in Bihar, India, began an investigation into a young boy—the aforementioned Sada—after it was claimed that he had killed three babies, one of whom was his eight-month-old sister and another his nine-month-old cousin, as reported by the The Guardian.

These incidents were first brought to light when the mother of Sada’s third victim, a six-month-old child, reported her daughter as missing. Tragically, the child’s body was found buried nearby after police searched the area.

It wasn’t until later that Sada, who had been diagnosed with ‘psychiatric disorders’, told locals that he had strangled the child and even showed them where he had left the body. Indian news outlet NDTV reported on the story at the time and highlighted Sada’s words to the police after being put in custody. “She was sleeping in the school. I took her a little away, and killed her with a stone and buried her,” he said.

In June 2007, Sada appeared in court for the murder of the six-month-old. However, given how he was still under the age of 18, he was instead placed into a children’s home in the nearby village of Munger.

As per Indian law, a child cannot be given the death sentence or sent to prison, but can be detained in a children’s home until the age of 18. At the time, locals said Sada was also responsible for murdering his sister and cousin, but this was apparently kept quiet.

In 2021, the Daily Star reported that Sada—who would now be 23 years old—was “awaiting execution.” However, it is currently unknown if the youngest serial killer in the world has had his sentence carried out. 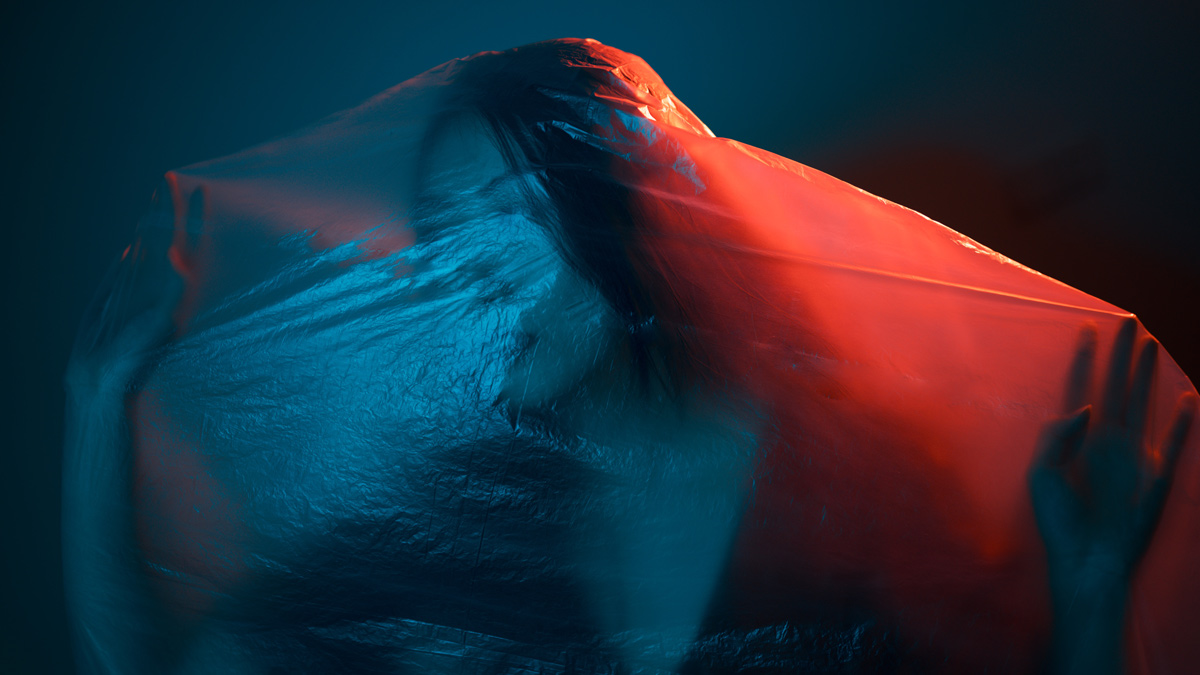 “Warning: don’t meet up with this person on Facebook Marketplace, you could get robbed!” read a news update posted by CW39 Houston on 16 April 2021. In the article, the Houston Police Department warned citizens to be on the lookout for Shawnne Williams, who was accused of robbing six different people after meeting them on the platform.

The same month, 54 year-old Denise Williams responded to a listing on Facebook Marketplace about a “cheap refrigerator” in hopes of gifting one to her boyfriend. But when she got to the apartment of the seller, identified as 26 year-old Joshua Gorgone, she was stabbed multiple times—later passing away due to massive blood loss. In May, more transactions and meetups on the platform turned lethal—with reports of at least 13 murders since the start of the COVID-19 pandemic alone.

According to The Sun, these reports include the case of Melissa Miller, who was shot to death by a buyer who showed up at her apartment to “check out” a computer she had listed on Marketplace. In June, 26 year-old Kyle Craig was robbed and shot multiple times when he took a big sum of money to a buyer-seller meetup arranged on the platform. Additionally, teenagers Charlie Perez and Enrique Gonzale were reportedly lured into Englewood, Chicago, for a meetup—where they were shot dead by the buyer who had supposedly expressed interest in Perez’s father’s Honda Civic.

It doesn’t end there. Apart from these violent crimes, a new report by ProPublica details a string of scams on the platform involving everything from work visas and vaccine cards to male enhancement products and Brazilian rainforest land. Fraudsters here are targeting both buyers and sellers—resulting in financial losses, hacked Facebook accounts and stolen personal information.

“Since the start of the pandemic, criminals across America have exploited Marketplace to commit armed robberies and, in 13 instances identified by ProPublica, homicide,” the non-profit newsroom wrote in the report, adding how the profile of Denise Williams’ killer remained online with active listings until ProPublica contacted Facebook.

Facebook Marketplace was launched in 2016 after the social media giant witnessed the popularity of local Facebook groups dedicated to trading and selling various items. Facebook therefore created the service as a dedicated hub where people could post items for sale and connect with interested buyers—usually living in the same area to complete the transaction effortlessly.

Hitting 1 billion users a month this spring, Marketplace is undoubtedly a business success. However, this growth has partly been built on the company’s assurances about the safety of its platform in the first place. “Marketplace lets you see what real people in your own community are selling,” Facebook assures. “You can see their public Facebook profile, mutual friends and seller ratings so you can feel confident in your purchase.”

This confidence may be misguided. Although Facebook claims to protect users through a mix of automated systems and human reviews, the ProPublica investigation—based on internal corporate documents, interviews and law enforcement records—reveals how those safeguards fail to protect buyers and sellers from scam listings, fake accounts and even violent crimes.

“Marketplace’s first line of defense consists of software that scans each listing for signs of fraud or other suspicious signals before it goes live,” the report reads. “But Marketplace workers said these detection services frequently fail to ban obvious scams and listings that violate Facebook’s commerce policies.” The investigation also found how these automated systems sometimes even block legitimate consumers from using the platform.

According to ProPublica, such flaws reflect Facebook’s approach to overseeing its platform as a whole. “It launches and scales new products rapidly—thanks to an unrivaled user base of roughly 3 billion people—and then leans heavily on automated systems, low-paid contractors and a smaller number of full-time Facebook employees to enforce its rules.” This approach has essentially fostered misinformation on the networking site, with Facebook groups becoming “hotbeds of violent speech and radicalisation.” This, in turn, has enabled scammers to earn millions by placing ads that rip off users.

Then there is the entire case of boosting such advertisements. While Facebook doesn’t take a cut of the sales happening on Marketplace, it does allow users to pay and “boost” a listing in order to increase its visibility. Although the platform claims to invest heavily in ad review and refund advertisers whose accounts were compromised and used to buy ads, ProPublica noted the case of Reeves, a Louisiana-based IT consultant who tracks Marketplace scams.

According to the consultant, Facebook is profiting from bogus vehicle and real estate ads. This criticism stems from his chat with real estate agents and others whose accounts were hacked and used to post advertisements on Marketplace. “Facebook is an accessory by accepting money for scam ads,” he added.

When ProPublica reached out to Facebook, the tech giant claimed how “all online marketplaces face challenges, and ours is no exception, which is why we’re always working to prevent new ways to scam and defraud people.” Facebook also added how “any suggestion that we aren’t trying to solve these complex problems or protect people who use Marketplace is not only false but misunderstands our entire approach to safety.”

Although Facebook has a plethora of areas it needs to improve upon, all these moves would essentially slow down its growth—which is a goal the platform is touting at the moment. ProPublica additionally noted how the company recently told its investors that Facebook Marketplace is one of its most “promising new sources of revenue.”

While Facebook allegedly continues to work on ways to prevent such fraud and violent crime on Marketplace, let’s address some personal measures you could take to stay safe on the platform. For starters, take your time and thoroughly investigate the seller’s profile for telltale signs of a scammer before buying something off Marketplace. A key aspect to look out for is the date the Facebook account was created. Brand new accounts, in this case, are a red flag. A quick reverse image search of their profile picture will also help you strengthen your research.

Next is to avoid meeting up with a potential buyer or seller at their house for the transaction. Instead, suggest public spaces as the ideal meetup spot. According to CNET, many police stations also have “exchange spots” in their parking lots to facilitate such activity. Even if your local station doesn’t have a designated exchange area, meeting in the parking lot of police stations, in clear view of security cameras, is the safest way to meet any stranger. You can even bring a friend along to double your safety or share your location with someone you trust all the while. If the other person suggests a spot, make sure to look it up and snoop around before agreeing to meet them there.

Another tip is to avoid carrying huge sums of money in cash. At the same time, be cautious of buyers and sellers who insist on communicating or receiving payments outside of Facebook’s official channels. Always make sure to engage in such transactions where their correspondence can be monitored—be it while making the deal virtually or meeting up physically. And if they ever show signs of flakiness, back out. With new e-commerce and thrifting platforms surfacing everyday as we speak, you’re bound to find what you’re looking for elsewhere anyways.