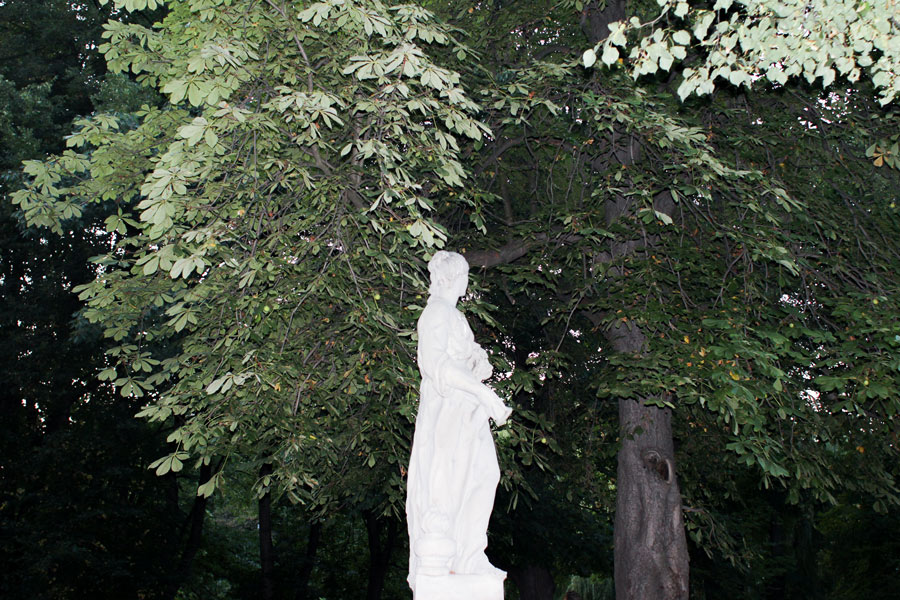 Earlier this month, after a long and traumatising court case in Cyprus, a young British rape victim was finally allowed to return home. This event sparked international outrage and opened up the conversation concerning the many ways in which the justice system fails women and victims of rape. But the outrage is now beginning to slowly fizzle out, and it is important that we carry on the conversation around justice and women’s rights, to ensure that situations like these do not happen again.

In case you’re not aware of what happened, in the summer of 2019, while on a working holiday, a nineteen-year-old British woman reported being raped by twelve men in Ayia Napa, Cyprus. The woman said she met an Israeli man with whom she got romantically involved on this holiday, and one night, while in the room with him, his friends came and took turns assaulting her and filming it. But a little over a week later, she was the one to get arrested, charged for mischief and jailed for a month.

The victim later revealed that the police had forced her to change her account, leaving her with no choice but to retract her original statement. The woman admitted that she only signed the retraction after hours of unrecorded questioning, without a lawyer present. The next day, the men accused were released and flew back to Tel Aviv, where they were greeted with champagne, celebrating their release while chanting ‘the Brit is a whore’. While this is immensely appalling, what’s more terrifying is how the justice system dealt with the situation and failed the victim.

The court completely dismissed all the defence witnesses, including a statement from a forensic specialist proving she had thirty-five bruises over her body, exerted by force—disregarding them as jellyfish stings. The court also reportedly dismissed a statement from the teenager’s psychologist that proved she was suffering from post-traumatic stress disorder (PTSD). The district judge dismissed her testimony as “childish lies.” Of course, the case is complex but it is uncertain why the police made her retract her statement with no legal expert present, and it is also not the first time that the Cypriot police fails foreign women.

In April 2019, Cyprus dealt with the arrest of its first known and discovered serial killer, a man who only seemed to target immigrant working women, killing a total of seven. Many of these murders could have been easily avoided, as some of his victims were reported missing to the police in 2016, nearly three years prior to discovering their remains, and yet, nothing was done to look for them. This case yet again sparked international outrage, calling the country out for its treatment of immigrant women.

In the British woman’s case, after enduring a long trial full of victim-blaming and humiliation, the court decided to release her and let her return home, with the court’s judge ruling it as a “second chance.” And while for many this can be seen as a resolution and the end to the young girl’s trial, it is really only the beginning of a lifetime of trauma and PTSD caused by both the sexual assault and this trial.

Having grown up in Cyprus as a woman myself, the way the woman was treated did not come as a shock. My friends and I started getting catcalled on the streets at the age of eleven, we have been followed, flashed and masturbated to on public beaches in broad daylight as teenagers on separate occasions, and many of my acquaintances have endured similar sexual assault horror stories, such as this one.

Many of these assaults have gone unreported, and when they have, they had been dismissed as something that simply happens because “you are a girl,” and which you should therefore get over. But these issues are not exclusive to a single country, and sexism, sexual harassment and abuse of any sex or gender exist in every part of the world. And this is the problem, the fact that the Cypriot rape case is just another reminder of many other cases like it.

The justice system is flawed in every country, and trusting that it always makes the right decisions would be naive and inaccurate. But we need to keep calling these situations out: they happen everywhere, in small countries like Cyprus or major ones like the US—just remember the Christine Blasey Ford and Brett Kavanaugh case. This specific incident is now being forgotten, and perhaps it is a good thing to finally let the woman out of public sight. But this doesn’t mean we should let our justice systems get away with how badly these cases are often handled. 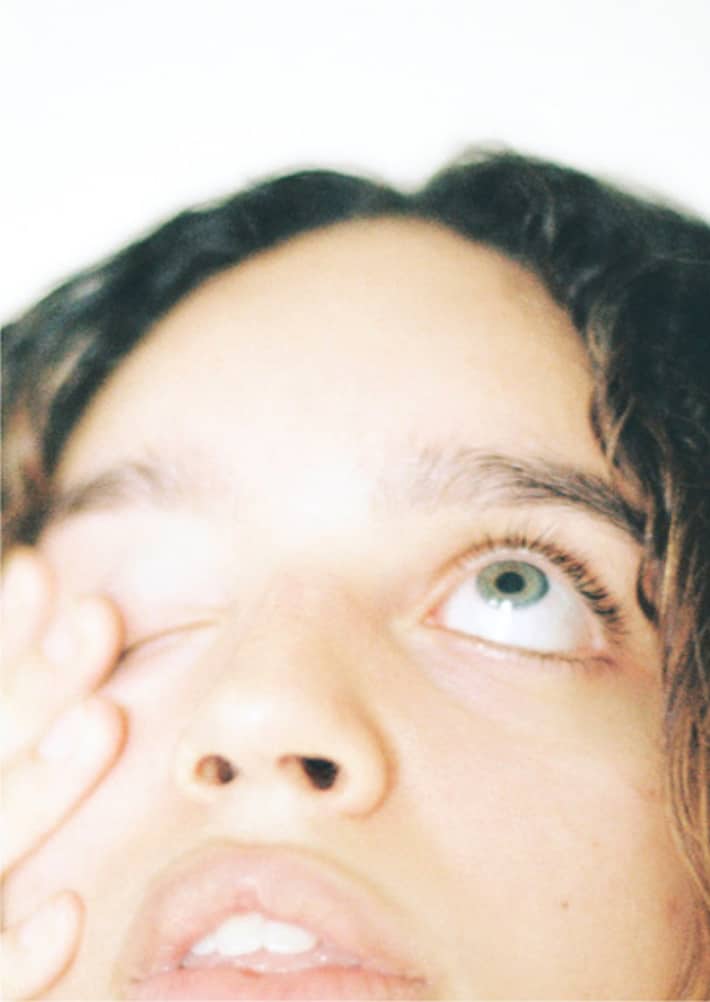 For many years, women living in Saudi Arabia had to contend with guardianship—essentially, the men in their lives have complete control over where they go, where they study, and whether they are even able to drive or move around freely. That is often contingent on tons of paperwork—applied by the government through an intensely bureaucratic system. Now, an app called Absher, which was created by the Saudi government, digitises that process. It alerts men on the whereabouts of the women they know. Whether they are leaving the country or coming into it (supposedly without their permission), Absher will notify these men, amongst other services which the app offers. It gives men permission to revoke the travelling abilities of the women they are guardians of.

Women in Saudi Arabia, as well as other feminists internationally, have called on Google and Apple to remove these apps from the app store, ever since the issue first gained press coverage. But the app essentially makes a form of oppression and control which already exists in real-life into digital form—for women in Saudi Arabia, it just meant that their request to leave the country or to travel somewhere without a chaperone could be refused faster, rather than getting lost in government bureaucracy or refused a few months later. But this is also part of the larger question—how much do Apple and Google know about the apps that are on their app stores?

This is not the first time that an app with dangerous actual consequences has been brought to the attention of large technology companies. On one hand, there’s the problem of malicious apps—apps with malware that are disguised as other versions of popular apps, like Tinder, or third-party app stores. These are dangerous in a different way than Absher—for example, these apps will steal individual credit card information, or use geotagging information to find out where you are, but they won’t be able to change anything about where you can and can’t go. This is something which security experts have spoken about previously, but it’s a different issue from what is happening with an app like Absher, which is, for all intents and purposes, legal.

In this case however, the problem may have arisen because it’s not immediately obvious that Absher enables this kind of control over women. Absher also hosts a variety of other services, such as passport checks and document scanning, and so it may not have initially been obvious to moderators that the app would be used in this way. As a New York Times article documented in January, women are trying to leave Saudi Arabia in greater numbers than before, partially enabled by technology. Some of them were able to use websites and WhatsApp groups to coordinate with other women, some were even able to use Absher on their male relative’s phones, setting them to let the women travel and escape to safety.

On a larger scale, apps like Absher proliferate because they aren’t technically illegal. What Absher does violate is international human rights law—but that’s also because the government that’s created it and uses it does too. In this way, trying to remove Absher would potentially cause a firestorm, particularly given the relationship between Saudi Arabia and Silicon Valley, in addition to doing little to change a fundamentally broken system. If large international bodies and other groups haven’t been able to alter the misogynistic system of guardianship, the app being removed from the app store is unlikely to do so.

These problems arise because the process of developing an app and putting it on app stores, both for Apple and Google, are fairly straightforward. Google, in comparison to Apple, which has a strict approval process, has also come under fire for the apps that it lets proliferate on Google Play. A report from WIRED UK found that child-friendly apps that were being sold on Google Play were anything but. The problem of content moderation on the app store is one that Google has had to reckon with, but has done precious little about. This is also different because the government of Saudi Arabia has created the app—making it harder to take down than just reckoning with an app developer.

But Apple and Google do have the ability to intervene and remove apps from their app stores as and when it’s deemed necessary. Recently, in India, TikTok was considered to be a danger and a menace to the population, particularly given how many of the users were under the age of 18. A week later, TikTok was removed from their app stores, over concerns about paedophilia.

After all, Saudi Arabia’s repressive policies towards women are not a state secret—human rights organisations and activists have been raising the alarm about them for years—so it’s unsurprising that this may have passed under the radar. But the fact that companies are enabling this kind of human rights abuse should surely be a cause for concern for anyone who cares about freedom or equality.