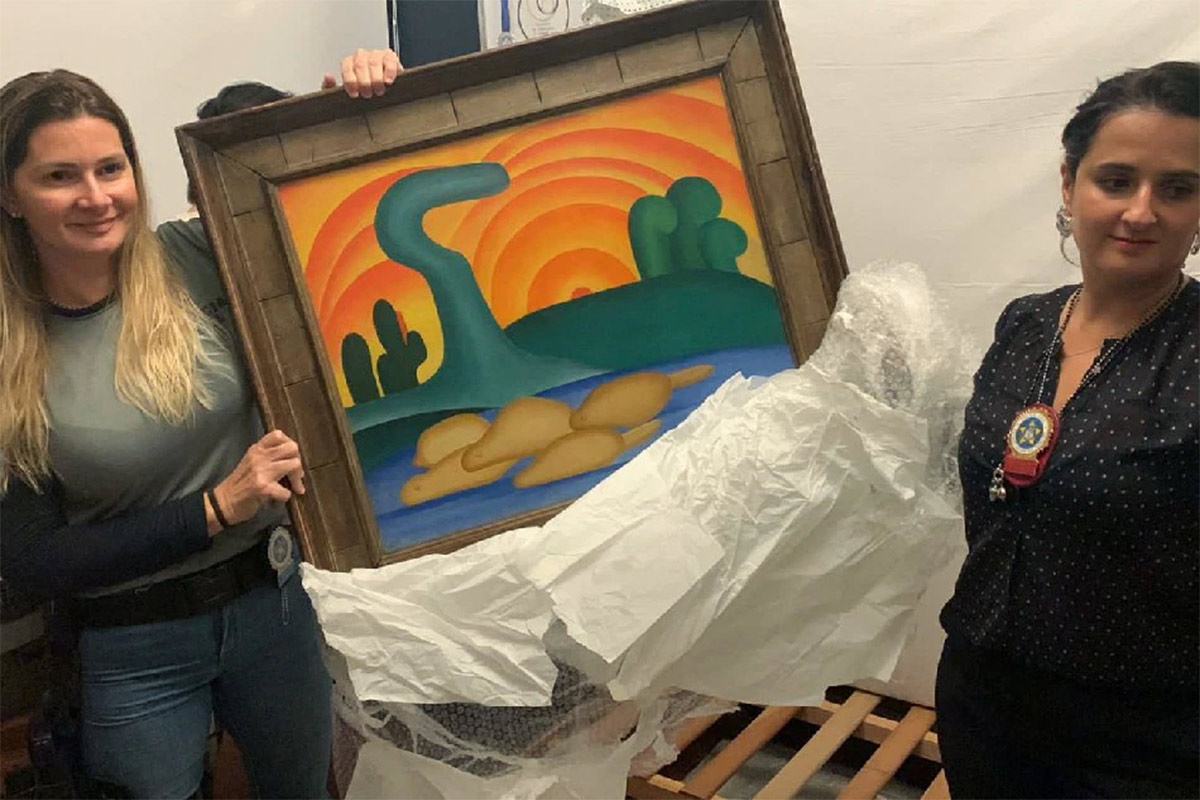 A woman in Brazil has been arrested for allegedly using a psychic to swindle her mother out of $140 million (£114 million) worth of painting, cash and jewellery.

The victim—Genevieve Boghici, widow of one of Brazil’s top art collectors—was convinced by a psychic hired by her own daughter that the collection was cursed. One of the paintings by famous Brazilian artist Tarsila do Amaral was reportedly found stashed under a bed.

According to Rio de Janeiro police, the scam began in 2020 and was reported by local media outlets at the time. The widow was told by the psychic that her daughter was very ill, and persuaded her to pay for treatment.

In the following months, her daughter Sabin Coll Boghici and supposed psychic accomplice “began to take the artwork from the [mother’s] house, claiming that the painting was cursed with something negative, with negative energy that needed to be prayed over,” Rio de Janeiro police officer Gilberto Ribeiro told Reuters.

The scam went on to involve six other people, four of whom have been arrested. The remaining two are currently on the run.

Genevieve was said to have been physically threatened by the suspects and was kept at home for months by her daughter. After almost a year of harassment and mistreatment by the scammers, the widow decided she’d had enough and went to the police.

Officials reported that 16 paintings were stolen in total, with some curated by renowned Brazilian artists such as Cicero Dias, Rubens Gerchman and Alberto Guignard. Three pieces from the aforementioned modernist painter Amaral were also stolen, and were estimated to be worth $137.69 million (£112.80 million).

11 of the 16 paintings were recovered from one of the suspects’ homes in Rio de Janeiro and three more have been found in São Paulo. Two were sold to a museum in Buenos Aires, however, and have yet to be returned. 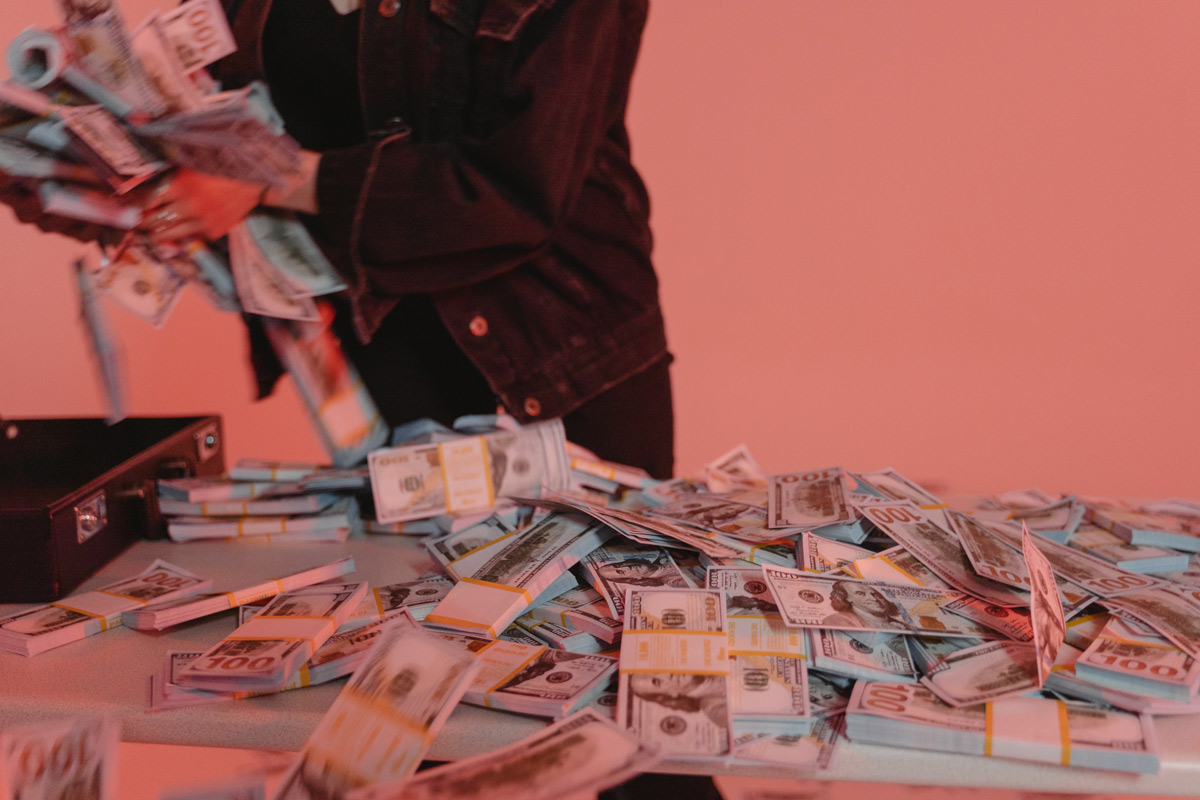 Many of the South Florida shootings that took place towards the spring of 2021 were triggered by gang wars, law enforcement officials said at the time. While gang activity is nowhere near as prevalent in South Florida as it is in South California, it’s also a well-known fact that Miami-Dade County has one of the highest gang populations in the country and the second-highest on the entire East Coast. What’s changed since then, however, is what gangs are fighting over—guns and drugs are out, and rivals are now trying to outdo each other when it comes to performing identity theft.

Reporting on the newly revealed shift, Forbes mentioned the example of Geno St. Flerose, a teenager the Miami police said was a member of the Everybody Eats street gang. When searching his home in August 2018, they discovered three notebooks full of other people’s personal information (names, dates of birth, bank account numbers and social security numbers) and a to-do list in which number seven was simply “fraud.”

Shortly after that, investigators revealed that St. Flerose was buying stolen data online, saying in one text message he was after “some of that black market shit” and was directed to the Russian site PlusCC. The young man currently faces various charges for identity fraud, murder and assault with a dangerous weapon.

Everybody Eats, along with its rival Little Haiti Vulchas, are infamous violent drug gangs. And while narcotics might not be so much of a focus anymore, the homicides are still piling up. “They’re using data stolen by Russian hackers and peddled on Russian-hosted sites like PlusCC to take control of other people’s bank accounts, sign up for benefits in someone else’s name, scam government programs like Medicare or the Covid-19 Paycheck Protection Program, buy weapons, rent cars and take vacations in luxury resorts,” Forbes wrote.

In South Florida, it’s pretty simple to draw a line from Russian cybercrime to US street gang killings and frauds. It’s become a real epidemic. “Fraud is the new dope,” said Armando Aguilar, criminal investigations chief at the Miami Police Department. “Fraud committed by gang members is a nationwide problem, but as with all things fraud, Miami is at the forefront.”

There currently isn’t any national data that breaks down exactly how much street gangs are reaping from white-collar crime, but law enforcement sources told Forbes the trend started about ten years ago and is still accelerating. The most recent figures show crimes related to identities stolen by data breaches rose to $3.3 billion in 2020 from $1.8 billion in 2019, according to the Federal Trade Commission (FTC).

As for 2021, the numbers are expected to be even higher, given the jump in COVID-19-related fraud. After the US federal government rushed in to help businesses and individuals with COVID relief money over the start of the pandemic, police noticed a jump in identity theft, fake companies being set up and huge amounts of money being transferred to the bank accounts of gang leaders.

Fast forward to 2022, and Little Haiti Vulchas, for example, is using one of the biggest sources of stolen data, a site called Blackpass. According to a search warrant application from the FBI and the Secret Service, communications between two alleged members of the crew, Jerry Vernelus and Erick Cadet Junior, discussed using Blackpass data for a ‘jwett’—slang describing an easy way to make illegal money.

Blackpass is believed to be run by Russian cybercriminals. Since its founding in 2012, it has built a reputation as one of the largest hosts of stolen banking and PayPal logins, as well as personal data like social security numbers, with each data point going for $1 to $5. The website has been gaining popularity since another allegedly Russian-run site, Slilpp, was knocked offline by a global law enforcement operation in the summer of 2021.

Compared with PlusCC, Blackpass is gigantic, Forbes noted. Over its four-year lifetime, PlusCC offered just 410,000 cards, according to Group-IB, a Singapore-based cybercrime company. Blackpass operators, on the other hand, have the largest cache of stolen usernames and passwords in the world, reaching into the billions of items, Alex Holden, chief technology officer of Hold Security, told the publication.

Though the alleged gangsters are making comparatively small sums, the Russians supplying them with stolen data are handling hundreds of millions in illegal transactions, causing huge financial damage and getting extraordinarily rich. And as you would expect from individuals on the black market, they’re pretty hard to unmask.

Meanwhile in Miami, regardless of the fact that there seems to be plenty of evidence available to prosecutors, current and former police officers explained it’s often not worth it to put gangsters in prison for fraud, largely because single frauds aren’t big enough, even if the overall cost is significant. Furthermore, neither the victims of cybercrime nor the police have the resources to track down every case. In a twisted way, law enforcement would probably have more incentive to chase down fraud if the results of the crimes were bloody.