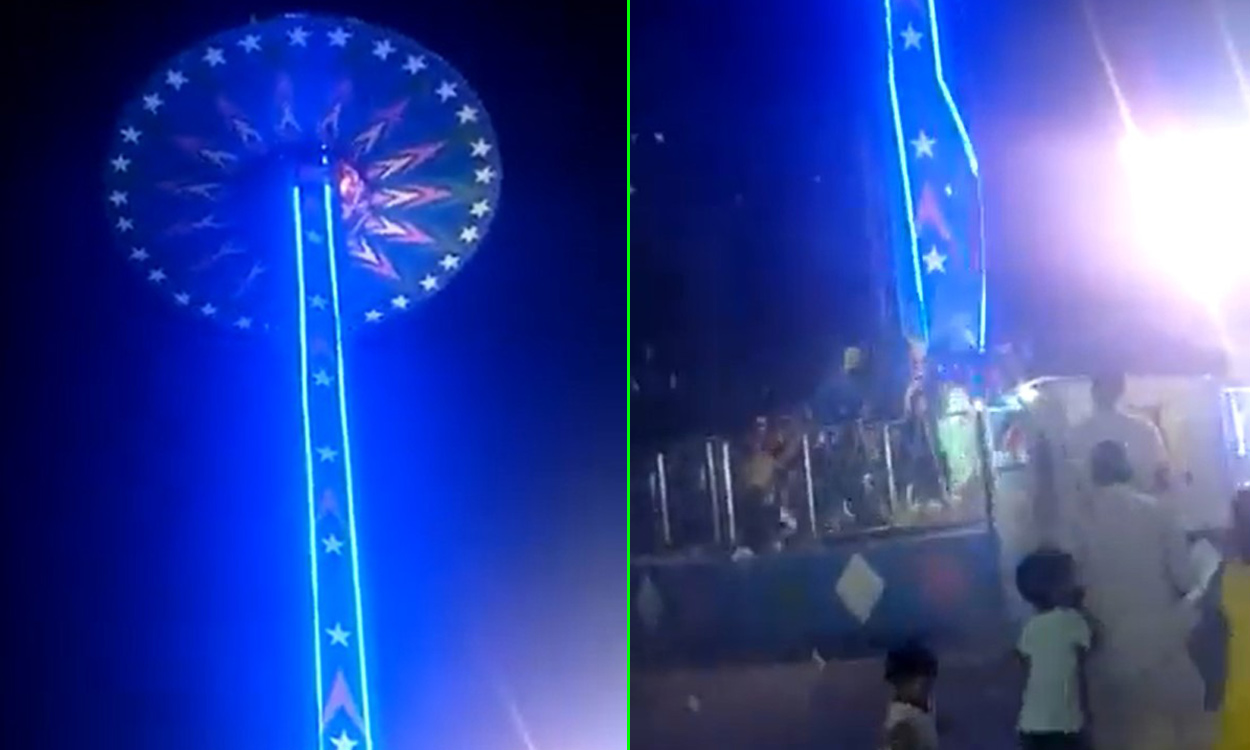 Terrifying footage of a freefall-style fairground ride malfunctioning and plunging 50 feet to the ground in India has gone viral.

According to local reports, the incident took place at around 9.15 pm in Sahibzada Ajit Singh Nagar, a city in the Mohali district of Punjab, on Sunday 4 September 2022. With over 50 people on board, including adults and children, the high-rise swing can first be seen spinning and ascending up a vertical tower in the shocking video.

The ride then stops at a height and continues spinning, but instead of descending slowly, it smashes 50 feet to the floor with a loud thud. At this point, the impact throws passengers into the air from their seats as the ride collides and bounces on its base platform.

Onlookers, including the ride operator, can then be seen fleeing the area with hands over their ears as horrific screams engulf the footage. According to eyewitnesses, at least 10 people suffered back and jaw injuries, and were shifted to a civil hospital following the incident.

Business Standard noted that the organisers of the carnival had permission to host the event till 4 September—but a board notifying the extension of the deadline was put up on the spot which mentioned 11 September as the final date.

“What we have come to know so far is that they had the permission to organise the show. However, no one would be spared if there is a mistake committed on their part. Strict action will be taken according to the law,” Deputy Superintendent of Police Harsimran Singh Bal told the publication.

Doctor Subhash also mentioned that passengers admitted to the civil hospital “were not in serious condition.”

However, locals who were present at the scene claim that no safety measures were taken by organisers of the fair. “Their private bouncers came nearly 20 minutes late. There was a lady who was their head. She said that nobody is dead,” a fairground goer said. “Who will take responsibility for the incident? How is this business running without the availability of any medical aid? There were no safety measures taken. No big official reached the spot.”

A second local also alleged that the management “suppressed the public.”

“Two children fainted after the incident. A lady [from the management team] said that there has not been any loss of life,” they added. Further investigation into the incident is currently underway. 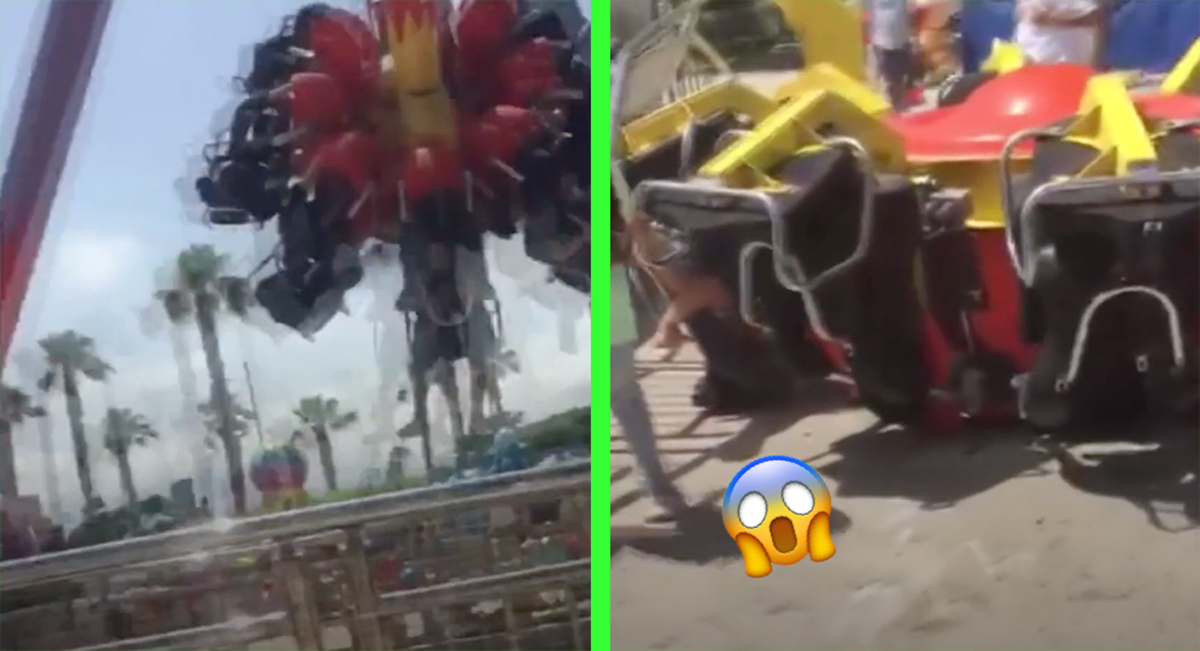 A shocking video filmed at an amusement park in the south-western Turkish province of Antalya has been making the rounds online for showing the exact moment a funfair ride broke and came crashing to the ground with multiple riders on board.

As seen in the footage, a number of passengers had been strapped in to enjoy the swinging pendulum-style ride when it malfunctioned at the Ataturk Park, in the district of Muratpasa, over the weekend.

In the clip, riders—including young children—can be seen flying back and forth before a huge crash is heard and chaos breaks out, with members of the public running over to where the seating section of the ride fell to the ground.

It seems the circular unit filled with seats broke off its arm and landed upside-down, leaving the passengers trapped behind the restraints. Children can be heard shouting in panic as people try to free them from the holds.

In an incredibly lucky turn of events, UNILAD reported that none of the passengers were fatally injured in the incident. “Firefighters arrived on the scene to help free the children from the seats, with images showing them left hanging with their feet in the air,” the publication wrote.

After being freed, all the riders were checked over by first aiders. Other images from the park show one individual being carried away on a stretcher by paramedics, with what appears to be a neck brace wrapped around his throat.

Three children, identified as 11-year-olds Mete Atik, Yakip Bilal Salarvan and Bugra Yagiz Koyun, were found to have been injured as the seats detached from the metal arm of the ride. All three were taken to hospital for treatment.

Speaking to local media following the incident, Koyun explained he believed a “cable or something broke” while the riders were swinging on the ride. “The ride flew through the air and landed upside down. I hit my head and I also have bruising on my foot,” he continued.

Ataturk Park is listed in Tripadvisor’s top 30 attractions in Antalya, with a description dubbing it a “wonderful park, huge, clean [and] perfect for a relaxing walk with marvellous views over the Mediterranean.” Obviously, in this case, visitors did not get the same experience…

Authorities in the area have launched an investigation to determine exactly how the ride malfunctioned.