By now, we all know who Elon Musk is: entrepreneur, SpaceX and Tesla CEO, and serial tweeter (with a potential breeding kink). Despite what people may think of him, his innovations have always been groundbreaking, with Tesla cars making headlines quite frequently—although not always for the best reasons.

However Tesla’s latest product might just capture your interest. Introducing Optimus, the new humanoid AI-powered robot that could one day make you dinner, mow your lawn and even care for the elderly.

The space billionaire is set to reveal the highly-anticipated robot at Tesla’s annual AI day on 30 September 2022. As you may have guessed, the creation received its namesake from the leader of the exceedingly-intelligent race of alien robots from the popular cartoon Transformers—a fitting name for a being of such advanced capabilities.

In a recent TED Talk, Musk claimed that productions could start as early as next year. He also stated that apart from caring for the elderly, Optimus would even have the capacity to become “buddies” with you, or even a “catgirl” sex partner. Really, Elon?

Despite all the big talk from the Tesla CEO, it remains to be seen if the company will actually be able to innovate the technological advances needed to justify the manufacturing of the “general purpose” robots for factories, homes and elsewhere, according to robotics experts, investors and analysts.

All that said, Tesla has already created hundreds of robots that are designed for specific jobs undertaken during the production of its cars, and so the notion that it can produce an AI competent enough to replace complex human roles isn’t completely out of the picture.

After all, humanoid robots have been in development for decades spearheaded by companies such as Honda and Hyundai’s Boston Dynamics unit. For now however, like self-driving cars, they have trouble with unpredictable situations. Heck, even dead spiders are being used to make robots in 2022. Creepy.

According to Nancy Cooke, a professor in human systems engineering at Arizona State University, for Optimus to succeed, Musk will have to showcase it performing multiple unscripted actions. “If he just gets the robot to walk around, or he gets the robots to dance, that’s already been done. That’s not that impressive,” the expert stated.

I guess we’ll just have to wait and see if the SpaceX director can prove all of the haters wrong and produce the most intelligent and capable AI robot yet. We’re waiting, Mr. Musk… 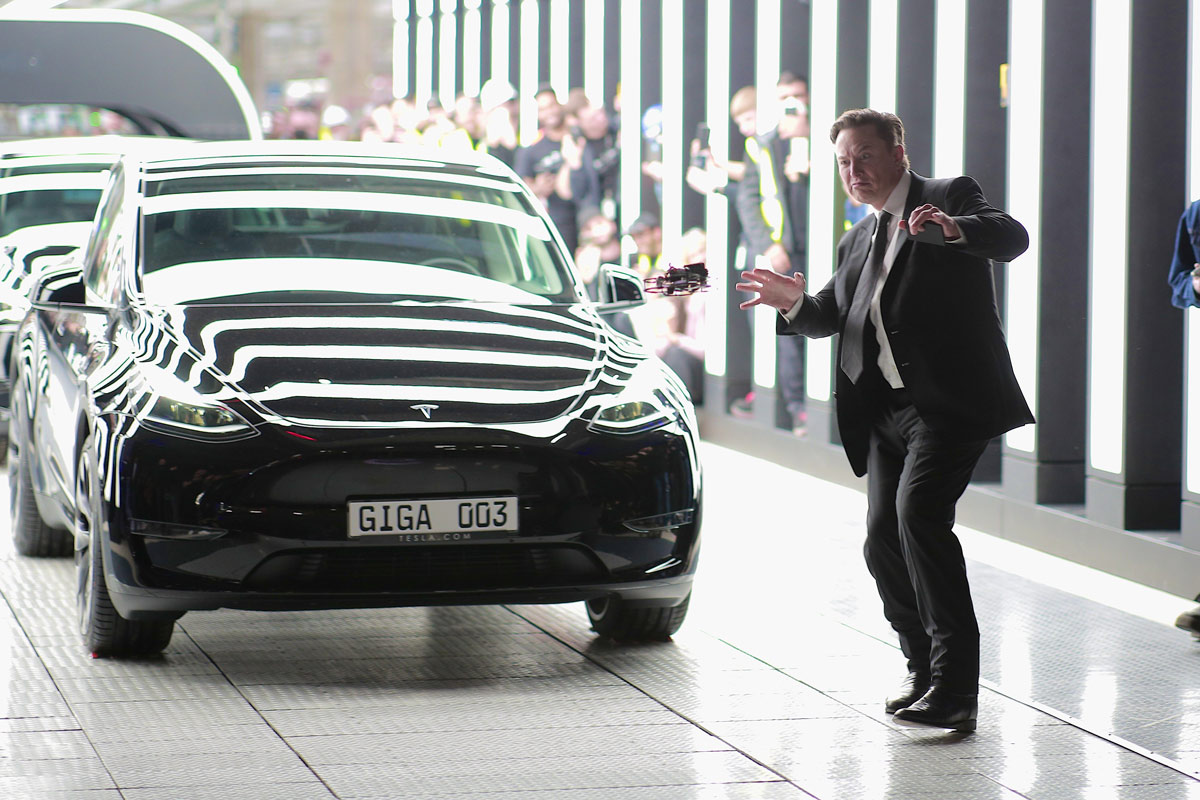 When Elon Musk shook the internet—with fear or excitement, who’s to say?—after he announced he might be interested in launching his own social media platform, Donald Trump-style, many of us knew more developments were bound to result from it. Less than three days after his viral tweet, we’re already faced with said developments.

A former Tesla employee, who was fired earlier in March after he posted a video that was critical of the company’s autopilot, has pointed out that Musk “is a free speech absolutist… unless it involves safety concerns.”

Meanwhile, it’s also been revealed that Musk was known to engage in “yelling matches” with the National Highway Traffic Safety Administration (NHTSA) while on calls about safety concerns surrounding Tesla’s autopilot feature.

But before we get into the details of the billionaire’s hypocritical and downright dangerous approach to what should be accepted as free speech and what shouldn’t, it’s important we highlight everything you need to know about why he might want to launch a new social network in the first place.

After being banned from Twitter on 8 January 2021, Trump announced that he would roll out his very own social media platform called TRUTH Social to “give a voice to all.” Needless to say, as of today, the app is failing completely, with Trump himself not posting on it since its launch in February. Then, more recently—on Saturday 26 March 2022, to be exact—Elon Musk revealed on Twitter that he was giving “serious thought” to building a new social media platform.

Though the Tesla CEO and ‘serious tweeter’ did not share any specifics on what the hypothetical app would look like or how it would work, it was clear what had pushed him to make such statements. Only one day prior, Musk tweeted: “Given that Twitter serves as the de facto public town square, failing to adhere to free speech principles fundamentally undermines democracy. What should be done?”

In another tweet posted on that same day, the SpaceX owner went on to say that “free speech is essential to a functioning democracy” and questioned whether Twitter “rigorously adheres to this principle.” Long story short, he was upset that the US Securities and Exchange Commission (SEC) had subpoenaed him back in November after he asked his Twitter followers if he should sell 10 per cent of his Tesla stock—causing shares to fall.

In the cases of both Trump and Musk, their logic seems pretty obvious: by building their own social network, they get to create the content moderation rules they often fall foul of on Twitter or Facebook. The exact same idea led to platforms like Rumble, Parler, Thinkspot and Gettr to launch in an effort to tempt people away from Facebook, Instagram, Twitter and TikTok.

Yet, for some men who are said to have a great sense of business, little attention seems to be paid to the fact that the platforms mentioned just above have all crashed and burned miserably—and for good reason.

How do you build a free speech platform when you’re accused of silencing people yourself?

Former auto-safety officials at the NHTSA told The Washington Post that Musk screamed and threatened to sue when the agency told Tesla it was launching an investigation into the carmaker’s products in 2016. Since then, the NHTSA has launched dozens of investigations into Tesla crashes.

Multiple former safety officials at the agency told The Post that the regulator has done anything from flattering to threatening Tesla and Musk in order to get the manufacturer to comply with recalls.

Meanwhile, former Tesla employee John Bernal was fired earlier in March 2022 after he posted a video to his YouTube channel, AI Addict, that was critical of the company’s full self-driving (FSD) software.

In the video, Bernal demonstrated that Tesla’s beta FSD software had serious issues, including randomly disengaging while it was driving—forcing him to scramble in order to take back control of the vehicle. In a later update, the former Tesla employee said he “was fired from Tesla in February with my YouTube being cited as the reason why.”

As Business Insider first reported, Bernal is not the first nor the last person to be a victim of Musk’s views on what is considered ‘valuable’ free speech and what isn’t. “In one instance, Fast Company reported that Musk found the identity of a would-be anonymous blogger who posted a negative stock analysis of Tesla and contacted their employer, threatening to sue, according to the blogger,” wrote the publication.

“In another incident, a journalist who had been critical of the Tesla Model X launch event was called by Musk personally and had their order for a Model X cancelled,” Business Insider continued. Yet Musk has continued to deny allegations of rage-firing employees and instead likes to insist that he is “a free speech absolutist.”

All that considered, it’s also crucial for us to remind ourselves that as much as Musk likes to proclaim that he or his companies are working on exciting products, quite often, proposed innovations aren’t released on time, if ever. At a Tesla ‘Autonomy Day’ event in April 2019, Musk said the company would have 1 million autonomous ‘robotaxis’ on the road in 2020. These still don’t exist.