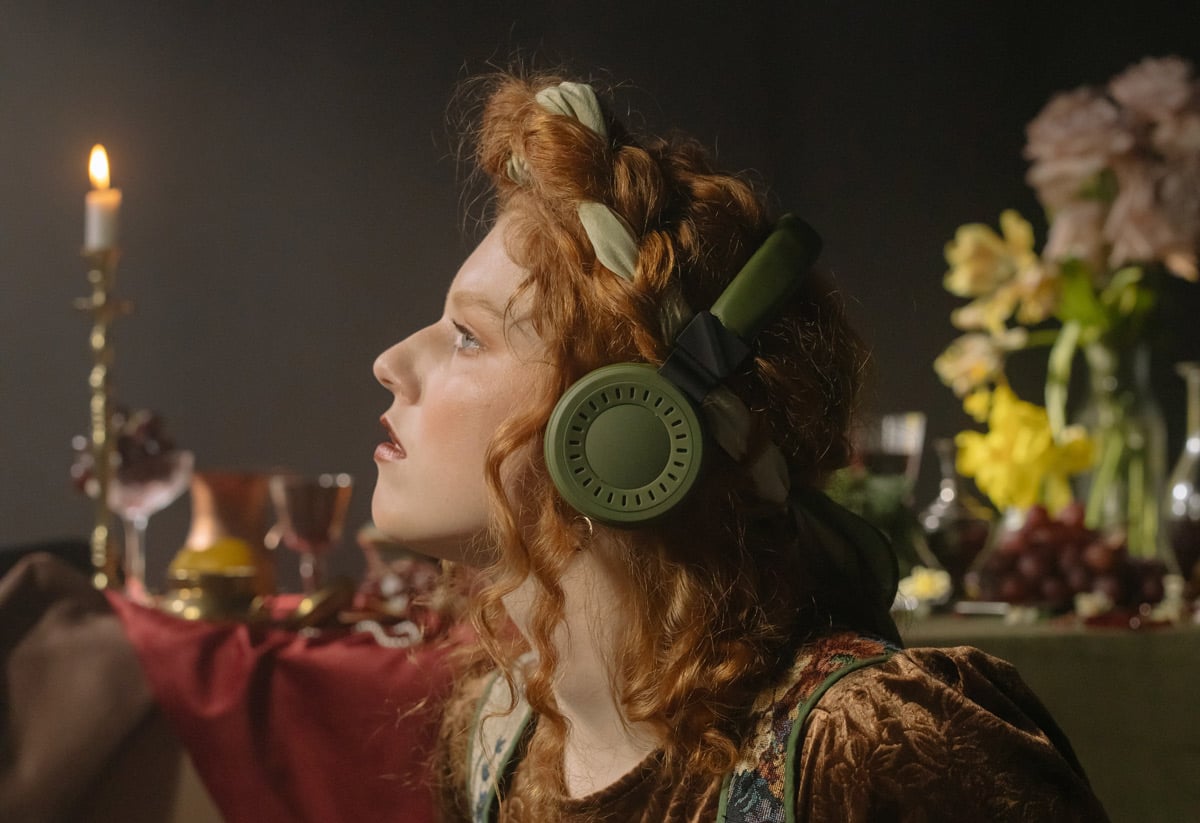 Another day, another app cosplaying TikTok’s signature video feed format. Joining Instagram, Reddit, Pinterest, Snapchat, YouTube and Netflix in the pursuit of some gen Z action is none other than the foregone music giant Spotify—with yet another feature inspired by the coveted short-form content platform.

First spotted by developer Chris Messina, Spotify is currently testing a vertical feed of curated music videos that users can scroll through indefinitely. Dubbed ‘Discover’, the feature appears as a newly-minted tab in the navigation bar at the bottom of the Spotify app—right in between the Home and Search icons.

In an interview with TechCrunch, Messina explained that he stumbled across the feature in Spotify’s TestFlight build—a beta version for iOS. He also noted how the new circular icon in the navigation toolbar would immediately direct one to the video feed upon tapping. Users can then swipe up and down to view music videos on their curated feed, much like how we already do on TikTok, Instagram Reels, YouTube Shorts and more. Here, they also have the option to like the songs by tapping on a heart and bring up the standard song information sheet by clicking on the three-dot menu placed next to it.

Messina further speculated that the feature will replicate Spotify’s existing ‘Canvas’ format. Introduced in 2019, Canvas essentially allows artists to create and add highly-stylised video clips to their music on the app. The response to the feature back then, however, was mixed. While some appreciated it, others admitted their preferences for static album art during listening sessions. The latter was also accompanied by claims that the videos and looping imagery distracted one from the music itself. On the other hand, the feature appears to drive the engagement metrics that Spotify desires. “The company reports that users are more likely to keep streaming, share tracks or save tracks when they see a Canvas,” TechCrunch noted.

When the publication reached out to Spotify, the company confirmed that it was exploring the idea of a vertical video feed. “At Spotify, we routinely conduct a number of tests in an effort to improve our user experience,” a spokesperson said. “Some of those tests end up paving the way for our broader user experience and others serve only as an important learning.” In short, the Discover project is still at its initial testing phase and there’s no way of confirming whether it will roll out to the public or not. If it does, however, the feature would undoubtedly redirect engagement back to Spotify from other platforms like TikTok—the one it’s trying to replicate in the first place. How? Let’s get ‘into the thick of it’ with some statistics.

Earlier this year, TikTok commissioned MRC Data—an independent research and analytics group—to dig deeper into one of the app’s top defining spheres of influence: music. According to reports obtained from the group, TikTok has proven to be a more powerful music discovery platform than Spotify. “Even generously assuming that 100 per cent of Spotify users discover new artists and music on the streamer, that would make TikTok 168 per cent more powerful for artist and music discovery than the world’s most powerful streaming service,” the research summed up.

In order to rejuvenate engagement and boost content discovery, Spotify has previously tested a Stories feature which allowed influencers to post and share their own curated playlists. But it never got to see the light of day. If Discover ultimately makes its way into the public, the feature would act as a potential source for Spotify to finally pull the UNO reverse card on TikTok. Because, after all, TikTok’s popularity is hinged on short-form music clips in the first place. So, why can’t the opposite work for Spotify and help the platform reclaim its identity as a musical powerhouse? 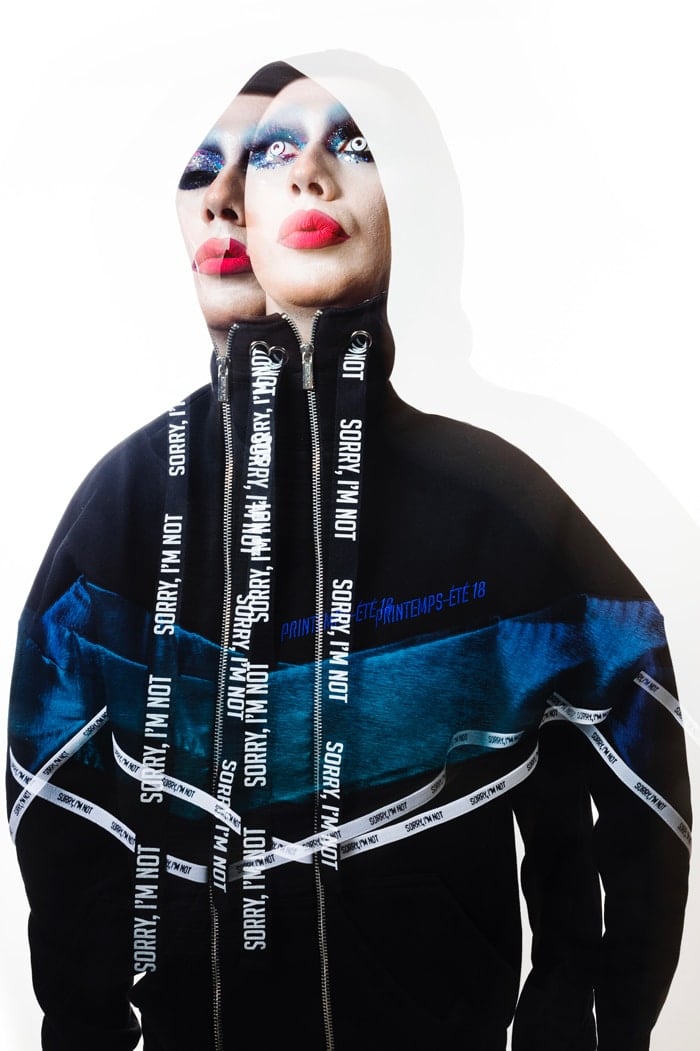 What does Spotify’s new direct upload feature mean for artists and consumers?

Until recently the only way for independent artists to go about uploading their music to Spotify has been to go through digital aggregators such as TuneCore or CD Baby, who either charge an annual fee to get your music uploaded to all streaming patterns or take a cut of the already essentially non-existent revenue you get from each stream. Recent estimates suggest that Spotify pays artists around $0.00397 per play, and that’s before distributors, labels and anyone else involved take their, erm, slice of the pie.

Spotify is the leading platform in the streaming market share and your play-count has increasingly become the metric for which your success and trajectory are determined—these numbers are one of the first things interested labels, bookers and industry-types will look for and landing a spot in one of Spotify’s curated playlists is essentially the only way to make real money from digital. Although the fees aren’t necessarily extortionate, this has still created a major obstacle for independent musicians—especially working class artists who simply can’t afford to put their tracks on these platforms in the first place.

In a fairly unprecedented move, Spotify is now currently beta-testing a new feature which allows artists to bypass digital distributors and upload their tracks for free via the platform’s recently-launched Spotify For Artists service. The move has been, for the most part, praised across the board—supposedly democratising a service that plays a crucial part in a career in music, an industry which is still very much shielded off to those from poorer socio-economic backgrounds. While everyone was singing Spotify’s praise, I began to ponder what this new move will actually mean for artists and consumers.

Although it’s still in its beta phase and if it proves successful will no doubt be rolled out on a larger scale, the feature isn’t open to everyone. Right now it’s only been offered to a few hundred U.S. musicians who have access to Spotify For Artists, which has around 200,000 users who account for approximately 70 percent of all streams on the platform. Unlike Soundcloud and Bandcamp, where anyone can sign up and upload their music, in order to get even invited to Spotify For Artists you have to be a verified user. So although it’s been heralded as a decentralisation of distribution it’s actually quite the opposite. Still closed off to a large portion of music-makers and no doubt a strategic move to stifle any competition and further monopolise the streaming world, it’s not quite the progressive leap it’s being described as.

For consumers, it’s a similar tale. In theory, it should offer a much larger, more diverse pool of music to listen to but, for similar reasons, it’s quite unlikely that’ll be the case. Even if it did lead to that, however, will it really make a difference? Consumption on Spotify is so algorithmic that it’s unlikely you’ll ever encounter anything by any of those artists who finally have access to the platform. We already have a pretty considerable chunk of the entire history of recorded music a few clicks away but we still end up stuck listening to the same old stuff on repeat, rarely breaking from the clutches of ‘recommended’ artists. There’s also the argument that Spotify may end up having an increased amount of established artists upload exclusively to its platform, seeing as there is no longer a need to go through a third party. Obviously to those already signed up for Spotify this isn’t an issue, but this new feature yet another way it could have a negative effect on music consumers.

All in all I do believe this is a step in the right direction but if we want to truly democratise music distribution, there is still a lot of work that needs to be done. Obviously to those already signed up for Spotify this isn’t an issue, but this still suggests another way it could have a negative effect on music consumers more broadly.