Your smartphone can now get you high, here’s how – Screen Shot
Deep Dives Level Up Newsletters Saved Articles Challenges 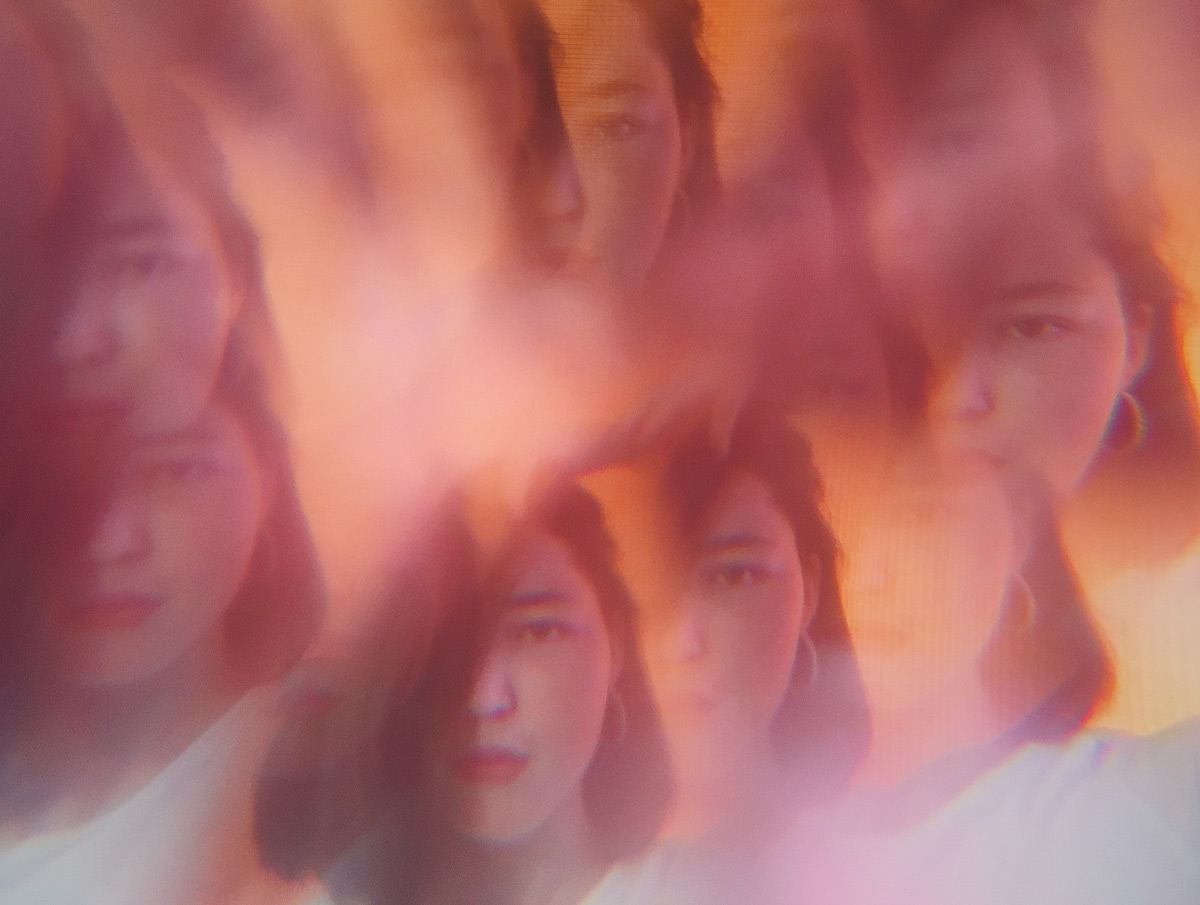 Earlier this week, California senators passed a bill to decriminalise psychedelics and set up temporary consumption sites for illegal drugs in the state. With more than 900 cannabis, psychedelic and drug policy bills in state legislatures and Congress underway, many brands and pharmaceuticals are bracing themselves to profit off of the incoming ‘friendlier regulatory environment.’ Among them are two UK inventors who have developed a way to induce a semi-psychedelic state leveraging the device you are probably reading this on: your smartphone.

Imagine getting yourself comfortable under your blanket in a dark room, turning the device you now harbour a love and hate relationship with so that the flashlight faces you. You then proceed to close your eyes and slip “effortlessly into an immersive journey through a kaleidoscope of colours created by your subconscious.” That’s Lumenate for you.

The smartphone app uses research-backed stroboscopic light sequences from your phone’s flashlight to neurologically guide you into an altered state of consciousness between that of deep meditation and classic psychedelics. All of this with no manual labour or skill required! “Let our technology do all the hard work,” reads the app’s description on Google Play.

Once users download the app, they have free access to a list of tools that help “transform the fun and immersive experience into a powerful platform for personal growth and self-reflection.” Boasting features like intention setting, guided sleep sessions, open explorations—which allow you to freely explore your subconscious thoughts without specific verbal direction—every session on the app has a unique soundtrack composed to help steer and accompany you on your “subconscious voyage.”

Scientifically developed through hundreds of Electroencephalogram (EEG) brain scans, one of the app’s most noteworthy features is that of control. You can disengage your trip in just a swipe, unlike undefined hours on LSD. Although subscription to Lumenate Plus is required to gain unlimited access to the app’s toolkit, the company claims to arrange free access to those who “can’t genuinely afford it.” Accessible, impactful, effortless and instant, the smartphone app hence enables users to fit in the deeply meditative, semi-psychedelic state into the busiest of schedules.

The story behind effortless explorations

Lumenate is the brainchild of Tom Galea and Jay Conlon who met while studying engineering at the University of Liverpool. After graduation, the duo was backed “with a mission to help people live freer and more fulfilling lives.” They then stumbled across the world of subconscious explorations. Spotting significant barriers to accessibility in the market at the moment, they developed a research-based method to use light and sound to guide the user’s brain into the desired state.

However, the concept of using flickering light to alter consciousness is not a new practice. An article by Vice traces the use of stroboscopic light back to the early 1960s with the invention of the ‘Dreamachine’ by surreal artist Brion Gysin and Cambridge scientist Ian Sommerville.

The Dreamachine was a relatively simple device consisting of a cylinder with slits on the sides and a suspended lightbulb at its centre. The device spun at 78 revolutions a minute on a turntable. Users then sat in front of the revolving cylinder with their eyes shut as hallucinatory montages of colours and shapes exploded behind their eyelids, inducing a trance-like state.

“When light is flashed in a specific way, it causes the neurons in the brain to react and fire in a synchronised rhythm that safely guides the brain into a deeply meditative, semi-psychedelic state of consciousness. The result is an instant and effortless way to explore your subconscious,” Conlon explained in an interview with Forbes.

He outlined how Lumenate’s original business plan relied on a prototype light and sound system for public group experiences. Although the pandemic and UK-wide lockdown had different plans, the duo witnessed the untapped need for an accessible method of subconscious exploration greater than ever before. “We quickly realised that with mental health at the forefront of everyone’s minds, what we were developing could now be more relevant and genuinely helpful than ever before,” said Conlon.

Galea and Conlon spent the intense lockdown acquiring and applying the skills necessary to develop the Lumenate experience into a smartphone app. The result, Conlon says, “left us with a solution that meets our vision even better than before.”

Does Lumenate hold true to its claims?

With Rosamund Pike at the helm as Lumenate’s creative director, many were quick to jump on the bandwagon following the app’s launch. “Ever since I started using the app during its initial testing phase I have experienced deep inner awareness through the totally incredible kaleidoscope of colours created by my subconscious,” Pike wrote on her Instagram, guiding her fans through the ideal Lumenate journey.

A glimpse at the app’s review section on Google Play reveals an influx of positive comments labelling the experience as “beautiful and refreshing,” giving users the ability to “see fresh waterfalls on a clear sunny day in California.”

“I was highly skeptical at first,” a user wrote. “But I can’t believe how well this works. A few minutes in I was spring cleaning all the thoughts that have been holding me down. It also gave me the best sleep I’ve had in over 6 months.” Mentions of the keyword ‘highly recommended’ is hard to keep track of in the section as users who claim that they “don’t normally write reviews with five-star ratings” crank up their CapsLocks to detail out their experience.

On the flip side, a small bunch of one-star users complain about the app hurting their eyes and causing headaches even though they had their phones “farther than an arm’s length away.” Lumenate, however, has a disclaimer regarding this in the app’s description. “This app is not suitable for those under the age of 18 or those with (or with a direct family history of) photosensitive epilepsy or juvenile myoclonic epilepsy,” the note clarifies before users download the app.

The way forward for technical psychedelics

Doctor Ben Sessa, co-founder of Breaking Convention and researcher at the University of Bristol labels the Lumenate light project as the “testament to the careful design, scientific background and evidence-based approach of its inventors.” “I see this tool being an important element in the future of clinical psychedelic research and treatments,” he added.

Danilo Tomanovic, founder of Machine Learning Deep Dive—which offers support for organisations interested in using AI to solve real-world problems—perceives technical psychedelics as something “that could help scientists research things like how certain substances affect the chemistry of the brain or a person’s sense of awareness.” The concept, he suggested, could also help reduce research and development costs for medications.

Perhaps even more significant, according to some of the panelists, is the potential these emerging technologies harbour to make psychedelic-like states a lot more accessible. The panelists noted that people are often drawn to video games due to their novelty. “People with no interest in trying a magic mushroom would likely play a video game if they were told it could give them a similar experience,” they concluded.

Technical psychedelics have the potential to be manifested into a tool that can take users down a deeper, inward path—indulging them in a trip to personal growth and self-reflection minus physical psychedelics. And it’s power is being harnessed as we speak, paving the way to a therapeutic future. 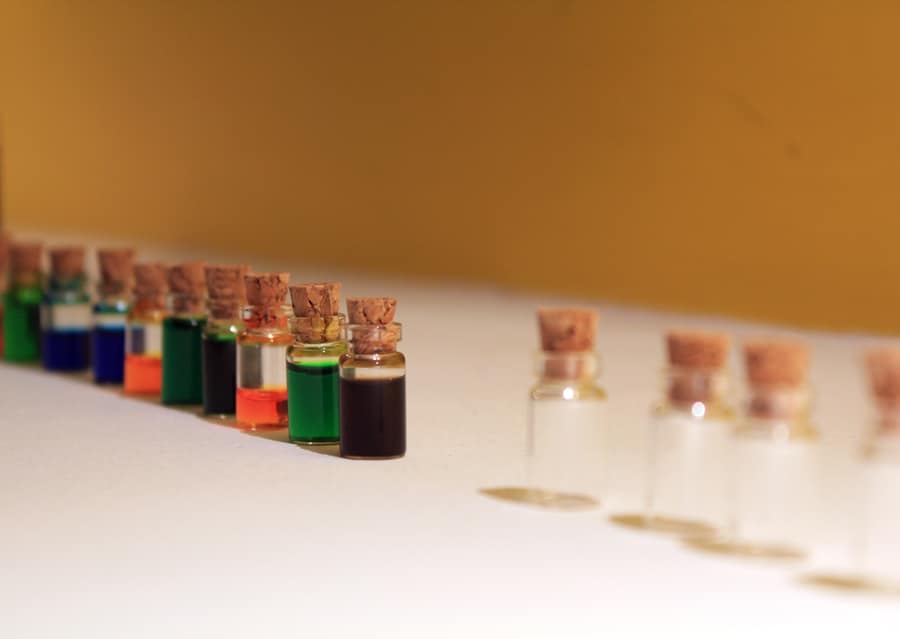 In Nigeria, up to 4 percent of all drugs in circulation are counterfeits according to the drug regulation agency, National Agency for Food and Drug Administration and Control, NAFDAC. This damaging fad has seen the country destroy some $80 million worth of fake drugs between 2015 and 2017 with anti-malarial medication being among the most counterfeited due to its high demand. In June alone, the regulatory body destroyed fake drugs worth close to $10 million. In response, industry players have christened this a ticking time bomb and called for urgent, holistic and innovative ways to tame this proliferation.

Save-a-Soul, a group of teenage girls from rural Nigeria have decided to do something about it. They have created a mobile-based application that detects fake drugs at the point of purchase. Known as FD Detector (Fake Drug Detector), the app allows health professionals and customers with a smartphone to scan the barcode in a drug. The app then indicates whether the drug is authentic or fake and also displays the drug’s expiry date. The innovation also has a feature that allows users to report any fake drugs directly to the regulator.

For 15-year old Jessica Osita, one of the girls from Save-a-Soul, coming up with the application was inspired by a personal experience of losing her brother who received fake drugs after an accident. The girls built the application using opensource software, despite never having used a computer before or even accessed the internet. Their mentor Uchenna Onwuamaegbu Ugwu, who runs a programme to train girls from underprivileged backgrounds on science and technology, put hours of work and energy in turning their dream into an innovation that has received international recognition.

Save-a-Soul won the junior division of the 2018 Technovation World Pitch Summit which is hailed as the world’s largest tech entrepreneurship programme for girls in the world. The competition brings together women and girls between 10 and 18 years who work in teams of one to five to come up with mobile based applications that provide solutions to biting problems in their community. Save-a-Soul beat teams from China, Spain, the U.S. and Turkey in a competition that attracted 2,000 applications in an event that was held in California and graced by top players in the global tech industry.

Judges praised the innovation for its power to address some of the biggest challenges in society while providing a platform for girls to make a contribution to the world of technology. “It is inspiring seeing the hard work and determination of girls around the world working to solve big challenges in their communities with smart solutions. World Pitch is not only an opportunity to celebrate the accomplishments of the nearly 100 girls advancing to the finals, it is a chance to celebrate the 20,000 that are making technology solutions for social good,” said Tara Chklovski, CEO and founder of Iridescent, the organisation behind the summit.

Now the Save-a-Soul is looking at scaling the innovation by partnering with NAFDAC to build a comprehensive database of all certified pharmaceutical companies and drugs in the country. Anyone willing to sell or distribute drugs in Nigeria will need approval from the regulator. Once approved, their details are captured in the application, making it easier for customers to determine the authenticity and for regulation to crack down on counterfeit manufacturers.

African countries remain the dumping ground for the world’s counterfeit drugs, with over 40 percent of all global fake drugs found in the continent. “The transformative innovation by the Nigeria girls is a remarkable first step for the continent to arrest the proliferation of these harmful drugs” said Dr Bramwell Otiende, a lecturer at the University of Nairobi School of Medicine in Kenya. The World Health Organization estimates that 100,000 deaths occur each year in Africa as a result of counterfeit trade in medicine; it is innovations such as these that are at the forefront of the continent’s ability to curtail such industries.

This article was originally published by FAIRPLANET as part of an ongoing content partnership.