In 2019, an investigation led by The Sun revealed that the sounds of lovemaking could trigger Alexa-activated Echo speakers—in turn recording their steamy seshes for the staff at Amazon to collect and analyse as a metric of “improving customer experience.” To safeguard and banish these worries from bedrooms, folks over at CamSoda have come up with a range of ‘privacy condoms’ for your Alexa.

What is the Virtual Assistant Blocker?

“The rise of AI-powered virtual assistants poses a threat to our privacy,” said Daryn Parker, Vice President of CamSoda in a blog post. “There has been a growing concern that there are people on the other end of our Alexas, recording our conversations and listening in to them.” Given the mutual interests of its userbase in both sex and technology, along with a history of gimmicky sex tech inventions, the adult entertainment company has come up with the inevitable.

“Here at CamSoda, we value the privacy of our users and want to better protect them from prying eyes and ears—especially while they are having sex,” Parker continued. “With the rollout of our new condom line for Alexa-activated Echo speakers, people can ‘wrap it up’ in more ways than one and rest assured that no one is listening in on their lovemaking.”

Dubbed the ‘Virtual Assistant Blocker’ (VAB), CamSoda’s invention works by covering all seven microphone array rings on the surface of the Alexa. Temporarily muting communications between users and their virtual assistant, the product guarantees privacy and discretion.

Retailing for $9.99, the invention sports Noise Reduction Rated (NRR) 35 soundproofing material. “The NRR 34 is basically stuffing the highest-rated earplugs inside the highest-rated earmuffs,” explained Forbes. Rimmed with silicon for a snug fit, you can even get your hands on a ‘CamSoda Blue’ and ‘Graphite Grey’ version if you’re lucky.

Tales from a virtual investigation

Now that we know how it works, it’s time to ask the real question: does it work? On a virtual quest to find out, I arrived at the internet’s favourite hotspot for sex tech and advices—Reddit. The responses to my inquiry were mixed. On closer inspection, however, they can be categorised into three: the ‘Faraday cage-rs’ swearing by the product, the ‘why on earth-ers’ labelling the invention a “bad April Fool’s joke” and the ‘humourous overthinkers’ relating VAB to all walks of life.

“VAB is a thoughtful invention for those cases where I want my privacy but also want to play music,” one user replied, highlighting how the product covers only the microphones but not the speakers. While some admitted seeing themselves use “yet another glove in the bedroom,” these claims were refuted by others—who believe that the product could just be replaced with the practice of switching off their virtual assistants altogether.

A minority of users on the scene, however, admitted to currently using a smart plug to power their Alexa. “A smart plug will cut power to your Alexa in a stipulated time. Although you need to use your phone or an Alexa in a different room to turn it back on, it’s better than manually unplugging it,” a reply read. While the ‘stipulated time’ stirred a separate controversy on its own in this scenario, I couldn’t help but notice a niche of users agreeing on how they find the red glow of the mute button sexy. Another pondered over the repercussions of inviting a girlfriend named ‘Alexa’ over. “Imagine if she wanted me to say her name,” a user added.

The role of mistrust and dependency

“The regularity of accidental triggers on Alexa are incredibly high,” an anonymous analyst said to The Guardian. Accompanied by private data like a user’s location and contact details, the analyst highlighted how Alexa’s terms of use actually lets Amazon staff snoop into a user’s recordings. “Amazon told us that everyone we were listening to had consented to it too. So I never felt like I was spying,” the analyst added.

With Amazon’s employees reportedly listening to more than 1,000 recordings a day in order to “improve customer experience,” it makes one wonder about the dependency and mistrust bred by virtual assistants in our lives. While opinions varied, all Redditors seemed to agree to this one single fact—thereby advising others to take digital breaks or relocate such devices altogether into ‘miscellaneous’ corners of their houses.

So, if you are someone dependent on your Alexa but also value your sexual privacy at the same time—you might as well try putting a ring on it next to the poster which reads ‘No Glovin’, No Lovin’!’ 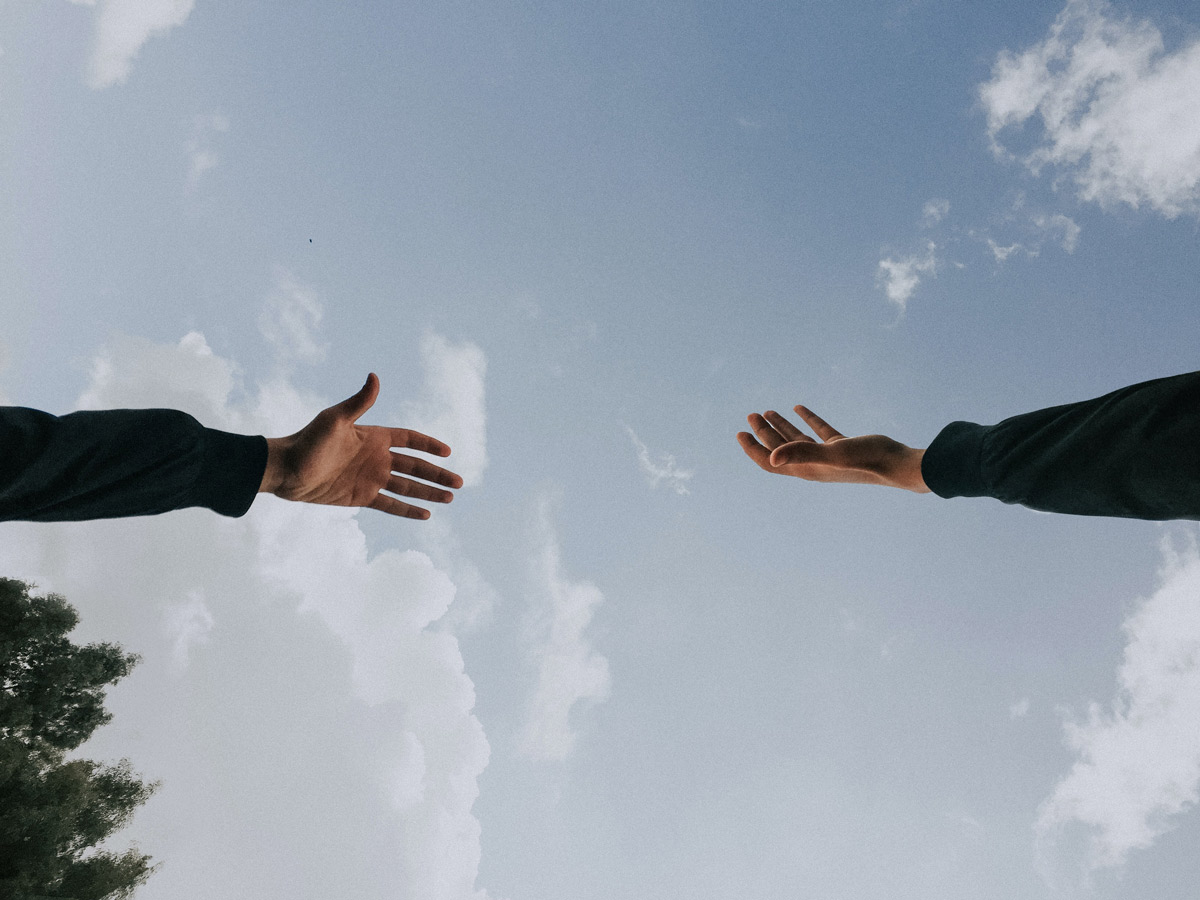 Amazon wants you to pay with the palm of your hand

In the never-ending battle of Big Tech companies, Amazon has just released a new product: Amazon One, a “contactless way for people to use their palm” to conduct everyday activities like paying at a store or entering a location. According to Amazon, the new service is designed to be “highly secure and uses custom-built algorithms and hardware to create a person’s unique palm signature.” Is this something we can really trust Amazon with?

Granted, at first, this new product sounds crazy. Who in their right mind would willingly send their palm print to Amazon’s cloud? In comparison, Apple’s FaceID and TouchID are safer in the sense that both securely store a person’s biometric information on the device itself, meaning it is sealed off from other apps.

Amazon One’s rollout will start in selected Amazon Go stores, where it will be added to the store’s entry gate as a convenient choice for customers to use when entering the store to shop. In most retail environments, Amazon One could easily become an alternate payment or loyalty card option with a device at the checkout counter next to a traditional point of sale system. On top of that, Amazon thinks it could also be used for entering a location like a stadium, or badging into work.

Customers can already use Amazon One as an entry option at two of Seattle’s Amazon Go stores. It takes less than a minute to sign up using an Amazon One device. First, customers have to insert their credit card. Next, they need to hover their palm over the device and follow the prompts to associate that card with their unique palm signature that Amazon’s computer builds in real-time.

People get the option to enrol with just one palm or both, and then that’s it—they’re now signed up. Once they’re enrolled, all they have to do is to hold their palm above an Amazon One device for about a second or so.

When it comes to customer data, the Amazon One device is protected by multiple security controls and palm images are never stored on the device. Instead, the images are encrypted and sent to a “highly secure area” that Amazon has custom-built in the cloud where they create your palm signature. While the company’s obvious efforts at making potential new customers feel secure might reassure more than one, it should be clarified that your palm signature will be stored on Amazon’s cloud.

If you decide that you want to stop using Amazon One after trying it, in order for the company to delete your biometric data, you’ll have to request to delete data associated with Amazon One through the device itself or via the online customer portal at One.Amazon.com.

Data privacy worries pushed aside, I can’t lie, Amazon One does sound exciting albeit very futuristic, and as microchipping still hasn’t gotten under our skin, palm signatures might be the closest alternative we can get to it. Amazon One represents a quick, reliable, and somewhat secure way for people to identify themselves or authorise a transaction while moving seamlessly through their day.

Palm recognition is considered more private than some biometric alternatives because you can’t determine a person’s identity by looking at an image of their palm. It also requires someone to make an intentional gesture by holding their palm over the device to use, which means that it becomes harder to use against the owner’s will. And it’s contactless, which in current times is a pretty important point.

Amazon One will give the Big Tech company its own payments solution to compete with Apple Pay and Google Pay. And as we’ve seen after Amazon acquired Whole Foods for $13.7 billion in 2017, it is more than ready to go into physical retail. Will customers raise any concerns over Amazon One’s privacy settings? Let’s wait and see, but I’ve got a little idea of my own…