Pleasurable money: this vibrator’s speed does what the Stock Market tells it to – Screen Shot
Deep Dives Level Up Newsletters Saved Articles Challenges 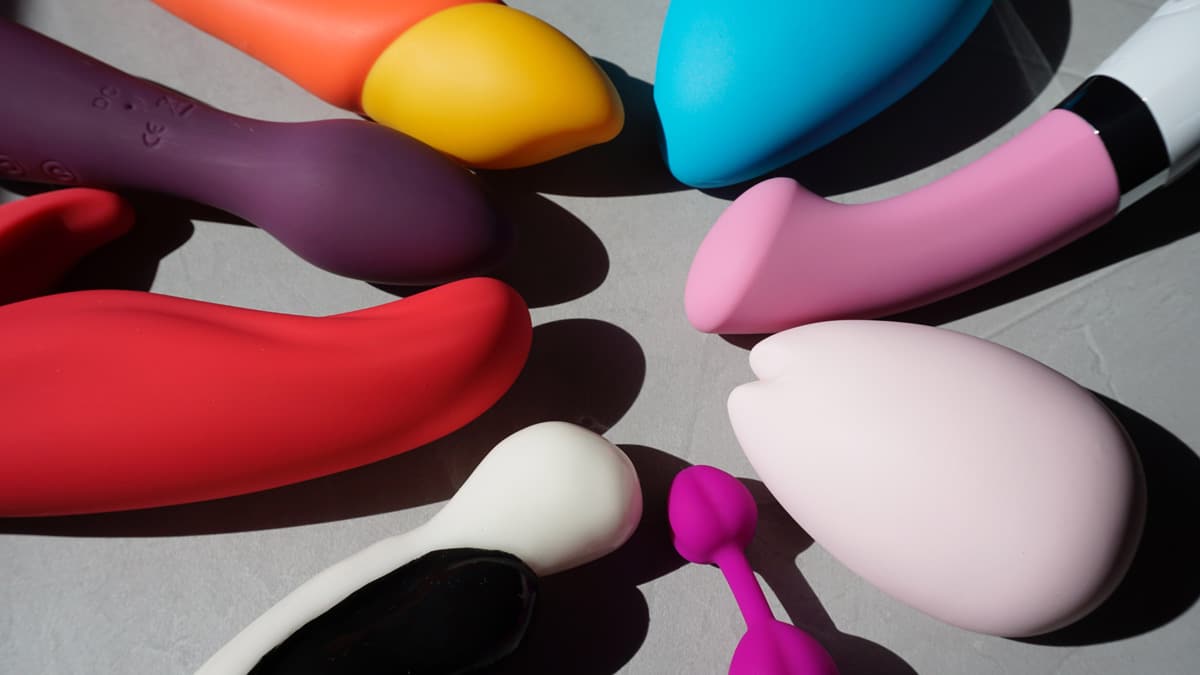 Pleasurable money: this vibrator’s speed does what the Stock Market tells it to

To put the vibrations into perspective: a stock with a price that fluctuates wildly—hits new highs and lows or moves erratically—is considered highly volatile, and in this case, a turbulent and uncertain vibration down your pants. However a stock that maintains a relatively stable price has low volatility, resulting in steady vibrations.

The platform pairs interactive sex toys for both males and females, so that no one gets left out with the performance of individual stocks they have invested in. As CamSoda puts it, “increasing or decreasing the frequency of vibration based on the real-time value of the stock. If the value of the stock goes up, the vibrating sensation increases; and if the stock value goes down, the vibrating sensation decreases.”

Daryn Parker, VP at CamSoda publicly announced that “Here at CamSoda, we’re all about providing people with pleasure. Given how volatile the stock market has been recently, we saw an opportunity for our fans to synch their stocks to their sex toys and derive sexual pleasure from the fluctuations, The more money you make, the more pleasure you get. All it takes is one big boom.” And with the sniff of COVID-19 induced market volatility in the air, I’m sure we’re all in for the ride of our lives.

Similarly, CamSoda created BitCast, which also allowed users to pair their sex toys to align with their investments in Bitcoin, Ethereum and Litecoin. The only difference between this version and the 2021 version of the idea, is the stock in which it is invested. StockCast investment options are based on current stocks, equities or other financial securities such as the Foreign Exchange Market (Forex), basically: currencies.

The entertainment platform covers all grounds, because CamSoda is also the mastermind behind Grubuzz, which links up to something we’ve grown accustomed to waiting for: food deliveries. Uber Eats unknowingly may be providing even more of a thrill to many users, as sex toy vibrations become stronger as your delivery approaches. Happy food on a whole new level if you asked me.

What I can’t help but concern myself over though is that, most people might enjoy a volatile and unexpected sex toy experience, but is this teaching them habits that have real life consequences? Chasing pleasure on either the sexual or increase of capital sides of the spectrum should probably be kept separate.

The array of sex toys available on the market has an incomprehensible wingspan, so let’s just put it this way—it can be hard to choose which one to treat yourself next with, especially when you prefer to tango as a two. Unfortunately, we are still in lockdowns all over the globe, but that doesn’t mean you can’t have epic orgasms. Albeit possibly not with hot strangers or partners but, that being said, sex tech is hot too. Here are some of the spiciest (and most efficient) oral sex simulators.

Vagina havers, if you enjoy a little downtown action, say hello to this little friend. Dame’s Aer uses airflow technology to stimulate the clitoris, and although there are, as we said earlier, many other oral sex toys out there,  Aer is a little different. It’s not just a suction toy with a mouth (that feels as though someone else’s lips are in your pants), but it also has a larger mouth than other toys as well as a softer material, which makes it easier to satisfy whatever body shape you have. It also can be lent to a little nipple play, if you’re into that.

Dame’s lead mechanical engineer, Amanda Couto, told Wellandgood that “By combining a larger opening with its ergonomic shape, Aer makes it easy to place it exactly where you want it and form a more consistent seal with the surface of the body.”

You might be thinking that a suction toy, by literal description, is not exactly what one would typically want in human to human oral sex. I thought the same, but when it comes to toys—it’s a whole different story. Instead of ‘sucking’, Aer uses more of a rhythmic gradient of pulses, mimicking the tongue that you can’t have on your private delicacy while we’re socially distant. You can also use it in the shower, just putting that out there!

It’s also waterproof, just putting that out there for a second time. Another thing to note is that the vibrations of ORA react to the contact with your body, so the harder you press, the stronger the vibes. Intuitive, wouldn’t you say? It’s also quiet, but you don’t have to be.

On one end of it there are two interchangeable suction cups that take your whole clitoris and labia into its consideration, or mouth, whatever way you want to see it. The other end doubles up as a g-spot massager. Hello! Please and thank you very much. Also, waterproof. It is a little on the vocal side itself however, so this is for uber social isolator-isolators. I’d also tend to say it was for the wilder folk out there, who have a little more intensity to their stamina, because even on a lower setting—the tongue is decently firm, and the suction has a mouthful. It won’t release you easily either, I’ll just leave you to figure out what I’m saying with that.

Good luck, lovelies! And have fun. And if you’re lucky enough to have a human sex toy, I dare you to try a sex game.