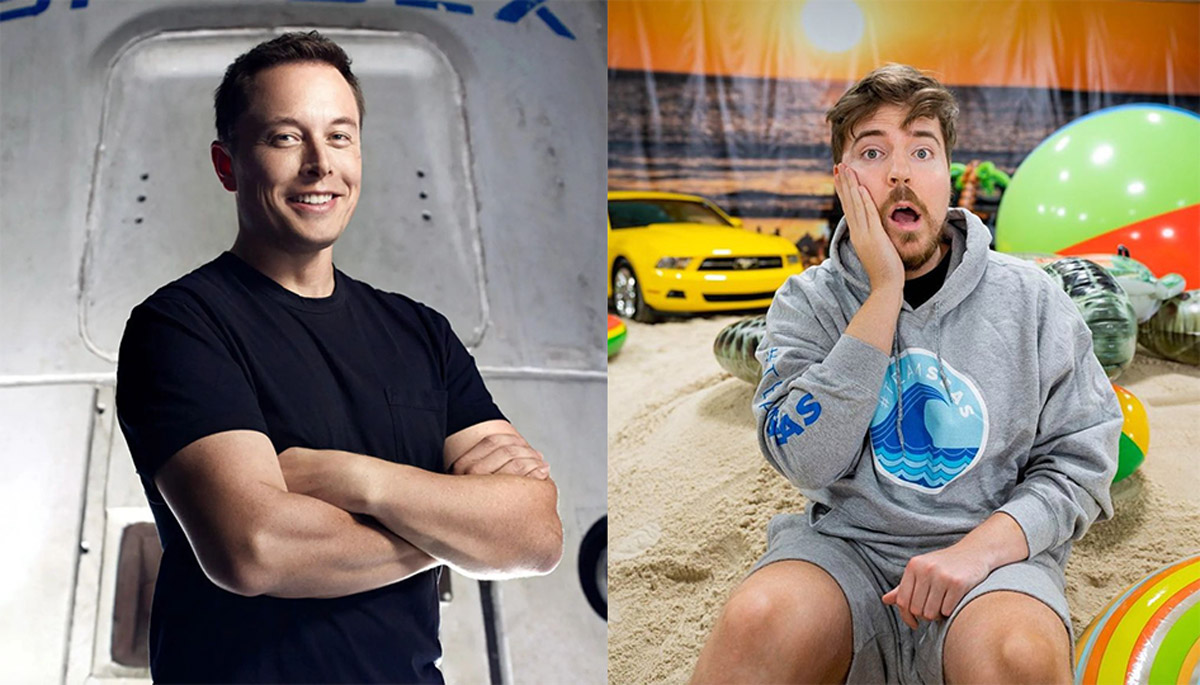 An unlikely ally: Elon Musk promises Twitter to MrBeast if he ‘mysteriously’ dies

Elon Musk is once again making waves on Twitter after he posted a mysterious tweet alluding to his untimely death.

The 50-year-old multi-billionaire—who very recently acquired Twitter for a whopping $44 billion— posted: “If I die under mysterious circumstances, it’s been nice knowin ya.” Cryptic much? As if that wasn’t enough, enter MrBeast, a YouTuber known for his expensive stunts, who replied to the tweet asking for a rather large favour.

It seems however, that Musk’s bizarre tweet may not be as out of the blue as we think—he does have a history of them after all. Just this year alone he actually challenged the Russian President to a fist fight. The prize? A claim on Ukraine as their own. We can all see where this is going. The ex-head of Russia’s defence force Dimitry Rogozin later issued a statement which branded Musk an enemy of the state following the interaction.

In a post on Musk’s Twitter account, the statement is said to read “According to our information, the delivery and transfer to the Armed Forces of Ukraine of PO boxes for receiving and transmitting the Internet from Starlink carried out by the Pentagon. Elon Musk is thus involved in the supply of fascist forces in Ukraine with military communications. And for this you will have to answer in an adult way, Elon, no matter how you turn on the fool.”

Oh dear. While the SpaceX owner is known for his off-the-wall comments and antics, let’s hope that this little incident doesn’t spell out his doom.

If the worst should come to pass—although we rather hope it doesn’t—his Twitter legacy will be safe in the hands of MrBeast. Having over 95 million subscribers and being the highest paid YouTuber ever—earning a tidy sum of $54 million in 2021—the YouTube phenomenon wouldn’t have any trouble taking the reins.

And hey, he’s even made sure to seal the deal with Musk.

That’s right, ‘no takesies backsies’. Nothing could be more legally binding. Other than perhaps a pinky promise. 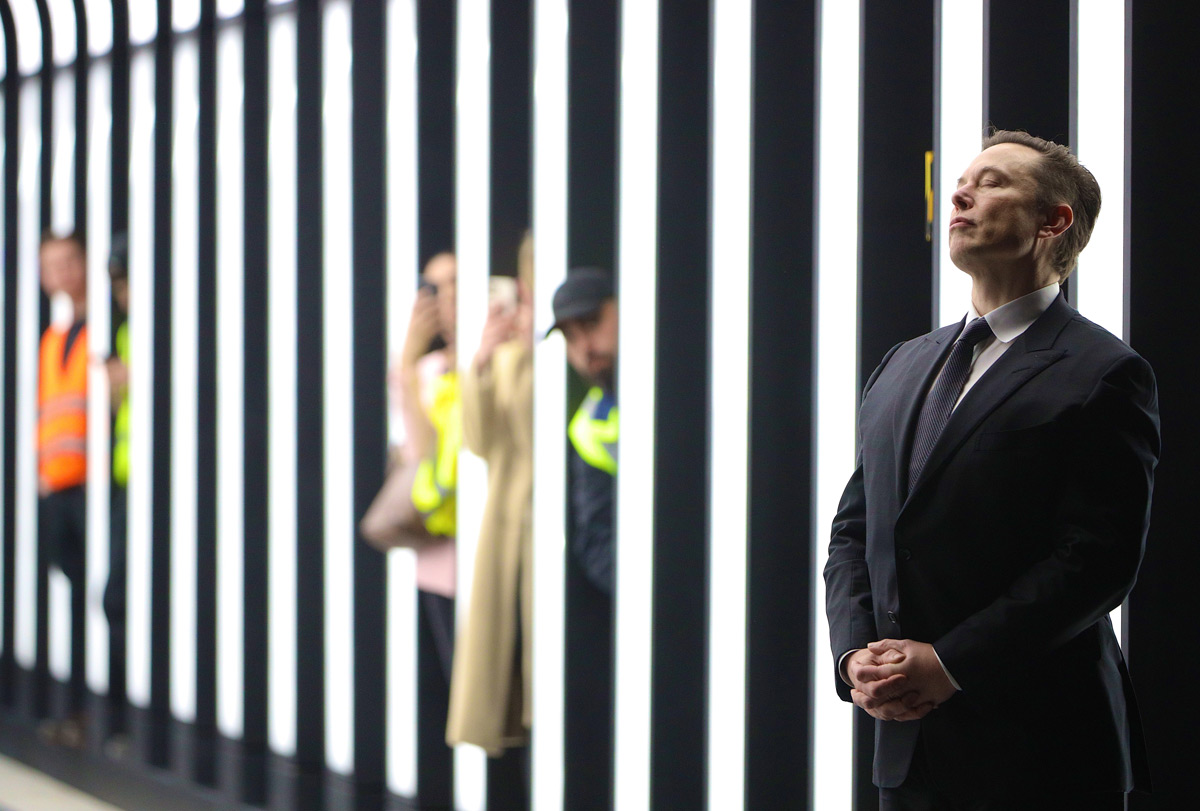 On 5 April 2022, Twitter’s CEO Parag Agrawal announced that the platform was appointing Technoking Elon Musk to its board—which he will remain a part of until 2024. “Through conversations with Elon in recent weeks, it became clear to us that he would bring great value to our Board,” the CEO tweeted. “He’s both a passionate believer and intense critic of the service which is exactly what we need on Twitter, and in the boardroom, to make us stronger in the long-term.”

The decision allegedly came four weeks after Musk bought a 9.2 per cent stake in the social networking platform, through the purchase of nearly 73.5 million shares at a total cost of around $2.4 billion. At the time, many media outlets described Musk as a “passive shareholder” of Twitter. However, a more recent filing—as noted by Market Watch—shows that Musk began accumulating Twitter stock as early as 31 January with the purchase of more than 620,000 shares.

“Twitter announced Tuesday morning that Musk would take a board seat in exchange for agreeing not to push his stake in the company to 15 per cent or higher,” the publication wrote, adding how the CEO of Tesla switched forms with the Securities and Exchange Commission (SEC) from a passive investment to an active one right after reaching the deal to be put on the company’s board.

Given how the billionaire has championed himself as a “free speech absolutist” and voiced his desires to build a Donald Trump-style platform himself, Musk’s controversial track record of using social media irresponsibly leaves little to the imagination about his overarching intentions as a member of the Twitter board.

While there have been speculations that Musk might have bought stakes in Twitter to pettily drive his teen nemesis, Jack Sweeney (who shot to fame by publicly tracking the billionaire’s private jet) off the platform, he’s already being urged to reinstate ex-president Donald Trump’s account over his self-proclaimed vision of free speech. And this is exactly what has stirred fears among some of the employees at Twitter.

Based in San Francisco with over 5,000 staff members who are permitted to work remotely from anywhere across the world, Twitter is known for its extremely liberal and vocal corporate culture. In fact, the company was the first social media platform to take action against Donald Trump for his tweets supporting Capitol rioters as well as the first one to allow employees to permanently work from home. Ex-CEO Jack Dorsey is also an open supporter of Black Lives Matter, implementing Twitter’s engineering teams to continue building tools to fight spam, misinformation and hate speech on the platform.

Musk, on the other hand, frequently questions the need for content moderation on the app and has come under fire for a slew of viral tweets on world hunger and global fertility rates. Several employees at Twitter, in internal messages obtained by The Washington Post, have also highlighted that the billionaire appears to mock gender pronouns. He is additionally known for silencing his own detractors and fostering a work environment filled with relentless pressure, impossible deadlines and overall culture of blame—all the while missing from the scene as a CEO himself. The Washington Post further mentioned Musk’s standing as a harsh manager who will “seek to fire people on the spot when they are not on board with his way of thinking.”

Although Twitter has repeatedly assured that the board does not make policy decisions—before you ask, the company claims to have started working on the edit button feature a year before Musk’s viral poll on the platform—four of its employees told Reuters that they were concerned about the Technoking’s ability to influence the company’s policies on abusive users and harmful content. “I find it hard to believe [the board] doesn’t have influence,” an insider said. “If that’s the case, why would Elon want a board seat?”

With Musk on the pedestal, the employees additionally believe his views on moderation could “weaken years-long efforts to make Twitter a place of healthy discourse, and might allow trolling and mob attacks to flourish.” They also pointed out how, in 2018, the billionaire faced backlash for  accusing a British diver who had helped rescue children trapped in a cave in Thailand of being a “pedo guy.” Musk later won a defamation case brought against him by the diver in 2019.

Yesterday, 7 April 2022, the SpaceX CEO even joked about smoking weed at Twitter’s upcoming board meetings. This isn’t a Joe Rogan podcast you’re dealing with, Mister Musk.

Following the internal outcries over his appointment, Agrawal announced an Ask Me Anything (AMA) session would soon be held as an effort to reassure anxious workers. “We say that Twitter is what’s happening and what people are talking about right now. Often, we [at] Twitter are what’s happening and what people are talking about. That has certainly been the case this week,” the CEO wrote in a company-wide email, obtained by The Washington Post, inviting staff to the AMA. “Following our board announcement, many of you have had different types of questions about Elon Musk, and I want to welcome you to ask those questions to him.”

Post the email, employees took to the company’s Slack channels to ask, “Quick question: If an employee tweeted some of the things Elon tweets, they’d likely be the subject of an HR investigation, are board members held to the same standard?” Another post outlined how insiders were struggling with welcoming a leader whose values seemed to contradict the company’s.

“We know that he has caused harm to workers, the trans community, women, and others with less power in the world,” the employee in question asked. “How are we going to reconcile this decision with our values? Does innovation trump humanity?” Another staff member, who claimed to work at Tesla before, admitted that he “witnessed the awful changes in company culture that followed” after Musk took over as CEO. “I’m extremely unnerved right now, because I’ve seen what he can do firsthand,” the person added.

Owning more than four times as much Twitter stock as Dorsey, the Great Muskification of Twitter is undoubtedly upon us. Will Musk continue to preach ‘freedom of tweets’ or agree to crack down on the kind of behaviour he himself has been responsible for on the platform? Only time can tell.