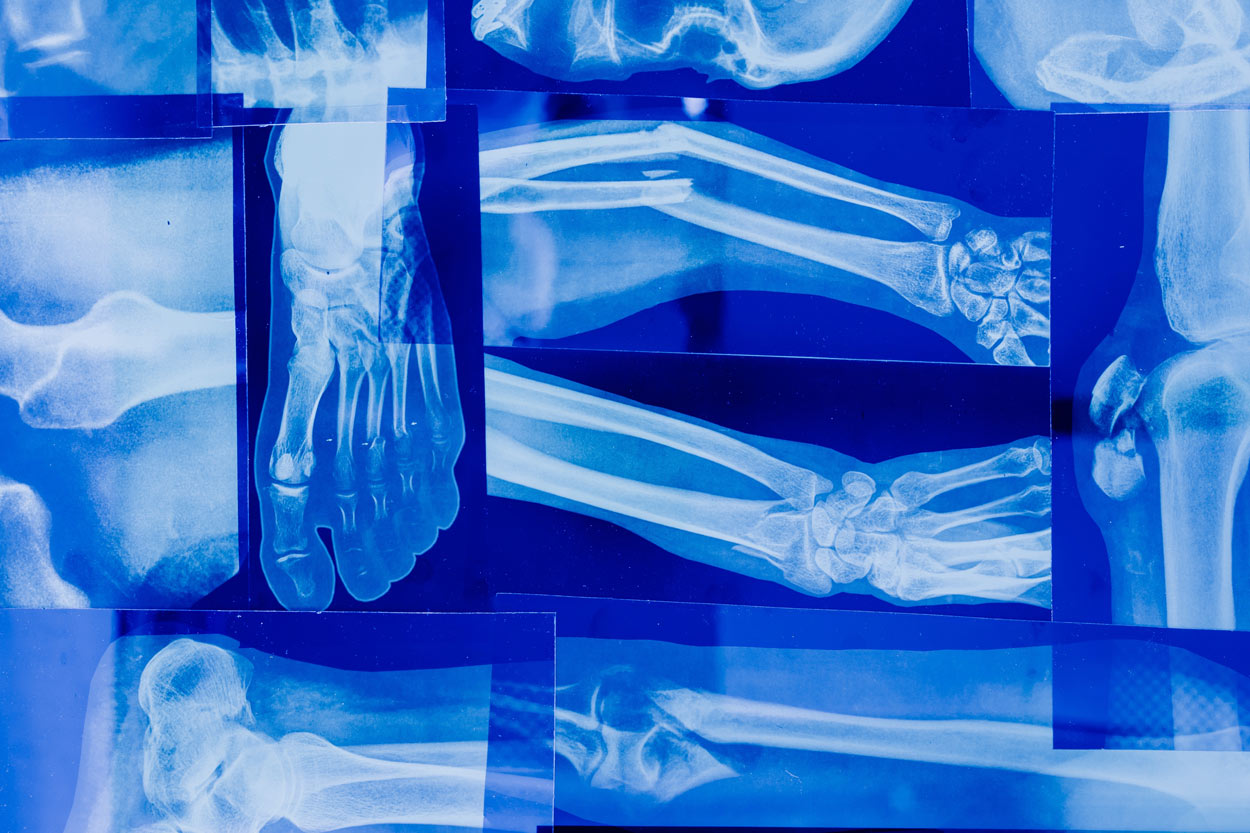 The painful price some pay to be taller: Inside the extreme world of ‘leg-lengthening’ surgery

In what now appears to be a never-ending list of extreme surgeries, ‘leg-lengthening’ is the new addition everyone should know about. The drastic cosmetic procedure involves breaking a patient’s femurs in order to insert adjustable metal nails—all in a bid to become three to six inches taller. Beauty is pain?

How does leg-lengthening surgery work?

Firstly, a hole is drilled into the leg bones, which are then broken in two. A metal rod is surgically fitted inside the hole and held in place by a number of screws. The rod is then slowly lengthened by up to 1 millimetre each day, extending until the patient reaches their desired height and their bones can finally heal back together.

The origins of limb-lengthening surgery date back to the mid 20th century, however, most of our modern understanding comes from the Ilizarov method, which truly revolutionised the field. Named after the Russian physician Gavriil Ilizarov, the invention combines biology and biomechanics and consists of a circular external fixator—a device that helps stabilise pieces of broken bone.

While it should be noted that this technique has evolved since its introduction, the principles of the surgery—and therefore, its dangers—remain the same.

In September 2022, John Lovedale, a recipient of the surgery, told GQ that he paid £64,000 to go from 5 feet 8.5 inches to 5 feet 11.5 inches.  Once both of his femurs had been broken and the titanium nails inserted, a magnetic remote control would extend both of Lovedale’s legs for approximately 90 days until—hey presto—he would have grown three inches taller. Not exactly a small price to pay, pun intended.

Lovedale went on to explain the surgery’s recovery process. Ultimately, this is an incredibly taxing procedure—the extension of the metal nails in both of his legs subjected him to indescribable pain and even took away his ability to walk for countless months. When asked by the publication why he decided to pursue the extreme operation in the first place, Lovedale jokingly responded: “I noticed that taller people just seem to have it easier. The world seems to bend for them.”

Another patient, Barny, was diagnosed in 2015 with a condition that required a leg-straightening surgery. Having to go through one painful procedure already, he opted to have his limbs lengthened simultaneously—supposedly a two-for-one deal?

His experience, however, was nothing short of a nightmare. Speaking to the BBC, he shared: “If I was 16 years old, perhaps it wouldn’t have been a problem. But when I had the operation I was 46. My legs were being pulled apart, but my bones never caught up. I had a three inch gap… just two sticks of bone and a metal bar in between.”

Barny continued: “It’s like every nerve in your legs are being stretched. There are times when you can’t escape anywhere in your head from the pain. It is excruciating.”

Despite the countless risks associated with this controversial procedure, the leg-lengthening craze seems to show no sign of slowing down. A quick Google search reveals dozens of results promising to know the miracle cure to being shorter than average. “Be 5 inches taller in three months” and “How to grow taller overnight” are just two of the top links.

This is of course not the first cosmetic procedure to pose serious risks to patients. The oh-so-trendy BBL (short for ‘Brazilian Butt Lift’), which involves using a combination of liposuction and fat-grafting to add volume and defined curves to the backside of one’s body, has grown in both popularity and mortality rate—with the extensive surgery currently causing death in one in 3,000 cases, according to The Independent.

All that being said, it’s also incredibly important we recognise all of the different societal pressures that may have been contributing factors for those who have sought out leg-lengthening surgery. For example, as mentioned in the GQ article, a number of trans men have undergone the procedure in order to gain a stature that feels more like their authentic selves.

Shorter men may have also considered the surgery due to feeling less desirable because, for so long, society has peddled the false narrative that taller men are more attractive or more ‘manly’—whatever that’s supposed to mean.

So many of these life-altering surgeries play directly into people’s insecurities, such as wishing you were curvier, skinnier or indeed, taller. And while stigmas surrounding cosmetic surgery are wrong and individuals should have complete agency over their own bodies, there are some procedures such as this one that do beg the question: have we taken things too far? 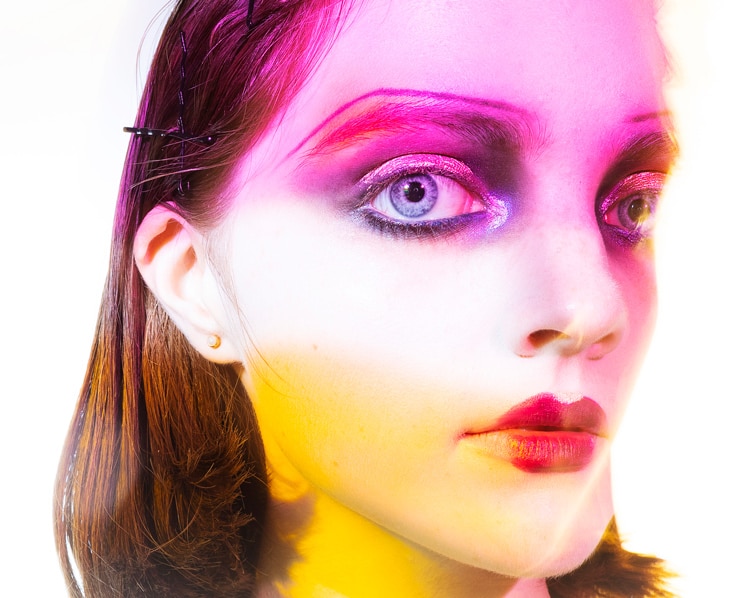 A new show is coming to our screens, and this time, it’s about people competing to get funding for plastic surgery. Yes, you read that right. Channel 4 is currently working on The Surjury, a new TV series which will be hosted by Love Island’s Caroline Flack, where a 12-strong jury will decide if people get to undergo the cosmetic surgery they’ve always dreamed of—for free.

Naturally, the announcement of the upcoming show has caused quite a stir. Controversial ‘trash’ TV, be that ITV’s Love Island or Channel 4’s Naked Attraction, have a special place in people’s hearts (mine included), so it makes sense that The Surjury caused such excitement. Yet, people are on the fence about this one, understandably. Of course, people should have autonomy over their own bodies, and have the freedom to do whatever they wish with it, but watching these shows requires a level of great caution, as contestants are usually very vulnerable people.

Love Island has been criticised for failing to provide proper after-care and resources for their contestants’ mental health, with two previous islanders committing suicide. The Jeremy Kyle Show has been cancelled after a man who appeared on the show took his own life, and contestants on Naked Attraction are constantly criticised by viewers. For The Surjury, both the producers and the viewers will have to be very careful not to exploit the contestants’ vulnerabilities and insecurities. And, so far, neither have been doing a particularly good job at that. A Channel 4 spokesperson told Screen Shot that the contestants “will be psychologically assessed and supported regarding their involvement in the programme,” which sounds like just another vague quote from a press release, forcing me to anticipate that the show will cause just as much damage as previous ones.

The Surjury will be dealing with an already sensitive and controversial topic: plastic surgery, and this is not the first time British television is under fire for promoting various cosmetic surgical procedures. Over a year ago, during the run of Love Island 2018, ITV was urged to cancel running diet and plastic surgery ads. During that time, the show managed to increase its share of 16 to 34-year-old viewers by a fifth, with the numbers only growing this year. A study conducted by feminist group Level Up found that 40 per cent of women aged between 13 and 34 felt more self-conscious about their own bodies while watching the show. 1 out of 10 girls said they wanted to get lip fillers, while 8 per cent considered a breast enlargement surgery. Eventually, these ads were banned.

Even now, Instagram is removing all of its plastic surgery-effect face filters. While these filters were incredibly popular among users, a number of concerns have been raised over the impact that these have on our physical and mental wellbeing—there’s even a new phenomenon called ‘Snapchat Dysmorphia’, where people request plastic surgery to look like they do when wearing face filters. If there is so much evidence indicating how harmful the glamorization of plastic surgery is, is it really fair to air a show about it?

“The Surjury seeks to explore why so many people feel the need to change their bodies, and whether surgery actually makes them happier,” says a Channel 4 spokesperson. “All contributors featured in the series have actively been seeking surgery on their own accord. This new series allows them to consult with surgical teams and then to discuss their reasons for wanting it with a panel of their peers. The show will neither glamorise nor condemn their choices: the aim is instead to interrogate the realities of cosmetic surgery.” Even if the show exploits the way Instagram made us ‘addicted’ to digital filters and plastic surgery, and though people working on the show make it clear it is not their intention to ‘glamorize’ or make fun of cosmetic surgery, there is absolutely no guarantee that the series won’t be harmful.

“The Surjury plays on the vulnerability of its contestants, those who are unhappy with their appearance to such an extent that they are willing to undergo potentially dangerous and life-altering surgery to rectify their perceived problems,” writes Emily Baker for i news, condemning the show and its morals. A cosmetic surgeon that was first cast for The Surjury later refused to take part in it once he received more details about it, as he thought it would be unethical. But this raises the following question—isn’t it wrong to immediately assume that people seek plastic surgery purely out of low self-esteem and insecurity?

In a way, by condemning the show, aren’t we only creating more stigma around plastic surgery, while we should be doing the opposite? We should be allowing people autonomy over their own bodies, especially when women don’t have much of that in the first place. If plastic surgery makes someone happy, then why can’t we just let them be? After all, contestants have agreed to take part in this ‘competition’, and only their choice should matter.

But, in this case, it is also the jury’s decision to make. They decide if you get the funding or not, thus having the autonomy over your surgery. And somebody sacrificing their own self-esteem, sanity, and health, as well as the stress of being judged by the entire nation purely for the sake of our own entertainment (and in their case, a few thousands of pounds for their surgery) is messed up. If done right, the show has a good chance to fight stigma around cosmetic surgery. If not, it has just as big a chance to ridicule people and crush their self-esteem.