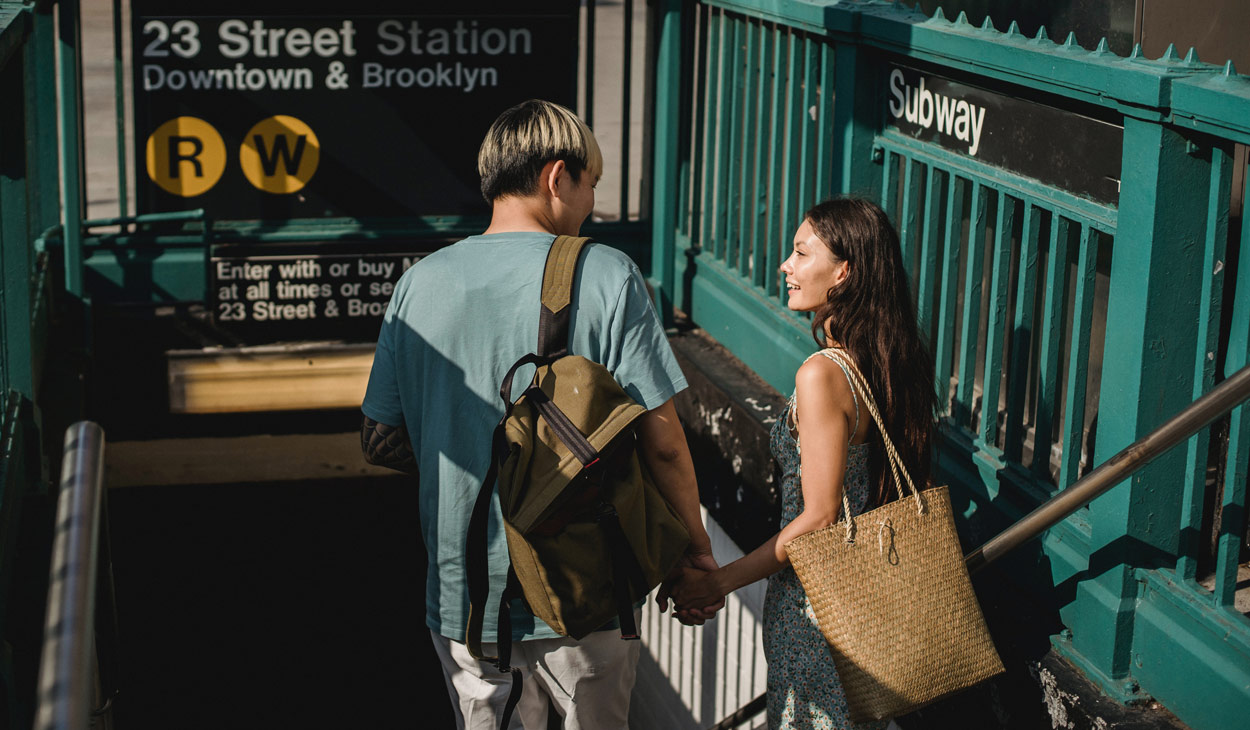 In 2022, the dating world has no time to spare. Following two years of lockdowns and restrictions, single people are making their priorities and preferences clear from the get-go now more than ever before. As trends like hobby dating and awareness about toxic practices including kittenfishing and Kanye-ing continue to gather mainstream attention, a new topic has debuted on the list of obligatory icebreakers: finance.

Meet cash-candid dating, a monetary trend rooted in the cost of living crisis where singletons are being more honest and open about money matters with their matches.

According to a new consumer research by women-first dating app Bumble, commissioned through YouGov, talking about one’s financial situation with their dates is no longer considered ‘taboo’. In fact, some straight-talking gen Z and millennials are reportedly discussing their salary with a new flame almost straight away.

In cash-candid dating, this level of honesty and overlay of finance and romantic relationships has, in turn, paved the way to ‘low-key dates’—a meetup with little to no costs involved, which ultimately leads to less monetary pressure on both parties in question.

The results of the research also indicate that one in three people (34 per cent) aged between 18 to 34 across the UK are now more likely to suggest a free date activity, such as a walk in the park or on a beach, than they were at the start of 2022. Nearly half (42 per cent) of them also admitted to preferring “modest” date locations to avoid any stress about money whatsoever.

While one in ten (11 per cent) of daters said they are open to discussing salaries on the first few dates, as they believe it’s an important factor to know about a potential partner, almost one in five (19 per cent) mentioned the fact that it’s more imperative to them now—given the cost of living crisis rippling across the globe—to be with someone who is financially stable than it was at the start of this year.

On the other hand, only six per cent of participants admitted to never talking about finances with someone they’re dating. This ultimately suggests that, for the majority of single people, discussions about money are no longer inhibited.

Now, cash-candid dating is not about outright baring your financial history to your partner on the first date. Sure, it can be considered part of ‘cutting to the chase’, but the monetary shift in priorities is essentially hinged on being frank about your fiscal status to better navigate decisions together by planning financially-viable dates.

How to approach monetary conversations 101

Let’s be honest here. Whether you like it or not, money is an inevitable part of dating and the conversation about who should pick up the bill and how often you should go out on dates is bound to arise at some point. So, how exactly do you bring the topic of money up in the early stages of dating without making things feel… awkward?

Partnering with Alice Tapper, the financial expert behind popular social media platform Go Fund Yourself, here are some tips Bumble has sketched about navigating cash-candid dating like a true pro:

1. How to suggest a low-key first date

“Being ten minutes into a three-course dinner and realising there is zero vibe is an expensive but avoidable situation,” Tapper said. “Save yourself the pain of having to think up an elaborate excuse in the loo—your mate suddenly contracting a tropical virus is not compelling—and kick things off with a short and simple low-key date.” Think a breezy walk in the park during the weekends or a quick morning coffee run. You get the idea.

2. How to suggest splitting the bill

Given how the subject is a controversial one, Tapper believes nobody should be picking up the full tab unless they really, really want to. “Times are tough and, thankfully, we’re moving beyond gendered expectations of who pays for what,” she said. “While paying can be a kind gesture, it often creates unhelpful expectations and pressure. On the first date, in particular, there’s no shame in confidently asking ‘Shall we split?’.”

In fact, research from Bumble shows a quarter (25 per cent) of gen Z and millennials believe that you should split costs of the date even if you and your match have different salaries.

3. How to figure out if you’re on the same page about finances

Now, onto the elephant in the room: how do you work out someone’s values when it comes to finances in the first place? According to Tapper, having open conversations about money and earnings with your date (the concept of cash-candid dating in its true essence) are good places to start.

“On a first date, you can kick things off with questions like ‘Is work important to you or a means to an end?’ Down the line, you might move on to bigger conversations like whether they prioritise saving and paying off debt. Remember, there are no right answers—it’s just about what your values are and whether they align.”

Lastly, while we’ve all heard the advice that it’s important to ‘find someone who has the same values as you’, remember that financial values are an important standard to consider as well. That being said, it’s also recommended to avoid basing your entire relationship on this factor altogether.

“We’re all guilty of making assessments about a date, but what someone earns is only half the story,” Tapper said. “While it’s okay to want financial stability, someone’s behaviour and values around money are more important than what they earn.”

At the end of the day, while it’s totally fair to know about your potential partner’s financial health, remember to tread with patience and make sure your match is comfortable discussing the same. This will not only encourage a more transparent relationship but, ultimately, you’ll come out as a stronger unit than ever before.