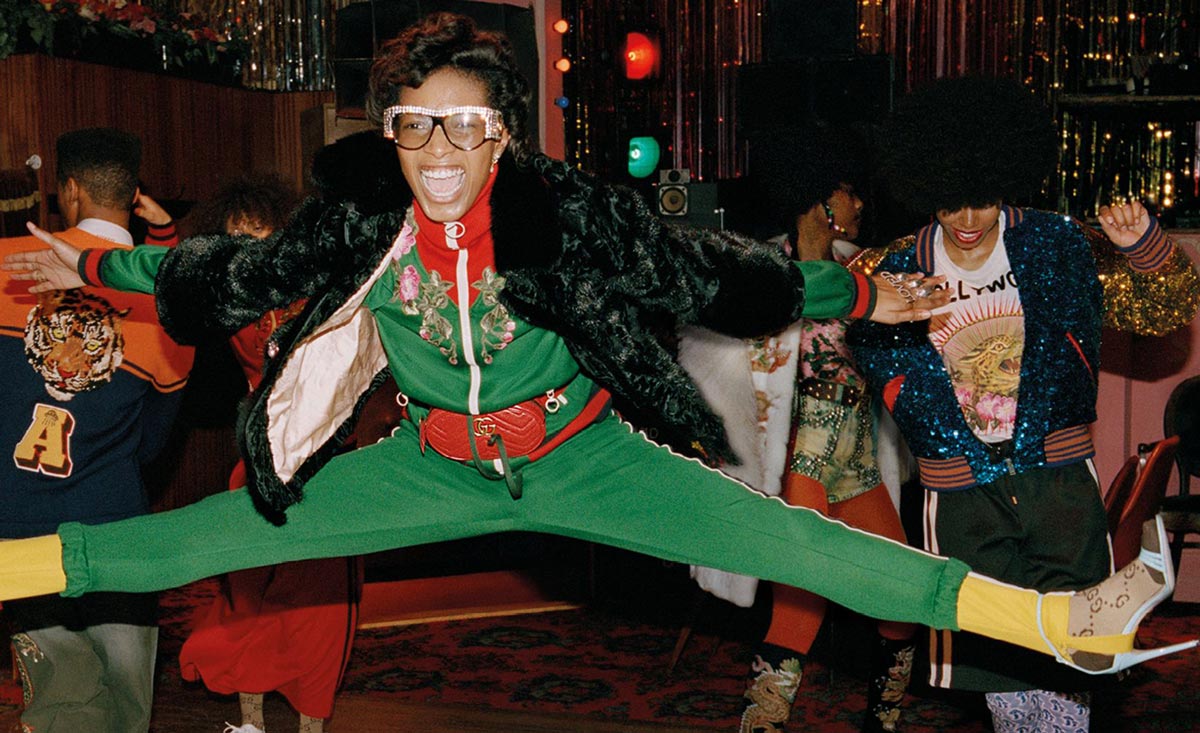 The war on fur: will other fashion industry giants follow Kering?

French-based multinational corporation Kering, parent of luxury brands including Gucci, Balenciaga, Saint Laurent and Bottega Veneta—among many others—has announced on 24 September that none of its fashion houses will use animal fur by this time next year. “Stopping the use of fur is another step forward in our commitment to animal welfare, and is in line with our commitment to sustainability,” said Marie-Claire Daveu, Kering’s chief sustainability and institutional affairs officer, when speaking to Vogue Business about the latest decision.

The ban will take effect for its brands’ AW22 season, with these garments due to be showcased at the very end of 2022. Even ahead of the policy change, a number of Kering’s brands have started to phase out or eradicate fur in their collections, with Bottega Veneta, Balenciaga and Alexander McQueen quietly doing so over the past few years, following Gucci’s turning point announcement under Alessandro Michele’s guidance in 2017.

As of now, only a handful of brands housed under Kering were still using fur this season. This leaves Saint Laurent and Brioni as the last brands to be affected by the mandate. Meanwhile in the rest of the industry, Prada, Versace, Burberry, and Chanel have all ceased using the material as a trend towards sustainability takes the industry further away from cruelty.

Luxury fashion e-commerce platform Mytheresa also announced a fur ban last month. At the beginning of August, Oscar de la Renta made a fur-free pledge after Billie Eilish made it a condition for her to wear the designer label at the Met Gala 2021. “Brands and retailers that pledged to avoid fur over a decade ago include Selfridges, Calvin Klein and Ralph Lauren, while the list of more recent commitments has been growing steadily, including from Neiman Marcus, Net-a-Porter, Burberry, Coach, Michael Kors, Miu Miu and Canada Goose,” added Vogue Business.

But Kering’s move is perceived as more than a simple ethical decision—for many in the industry, it’s a message to other companies (mainly LVMH) to choose compassion and innovation over the outdated view that luxury equals fur. As the world’s largest luxury fashion conglomerate (followed by Kering), LVMH owns brands like Louis Vuitton, Dior, Givenchy, Fendi, and more. Among those, Fendi stands out from the crowd as a brand known for its decadent fur coats and accessories.

The announcement also comes as a surprise as Kering rarely issues directives or specific policies across brands. Instead, it tends to set high-level environmental and social standards and leaves it up to individual brands to determine how to meet them. Furthermore, the move comes at a time when pressure to stop using fur is growing—not just because of increased customer awareness but also because of the health risks associated with its production. Fur farms were confirmed sources of COVID-19 spread among animals, and ultimately to humans. This, without a doubt, played an important part in the events leading up to Kering’s recent decision.

Through this announcement, not only has one of the fashion industry’s giants shown it understands the demands of the upcoming generation of young customers and changemakers, but it has also listened to what the young generation of designers want—to not use fur. It’s what modern luxury has to offer, and I don’t know about you, but it’s enough for me to pick Kering over LVMH. 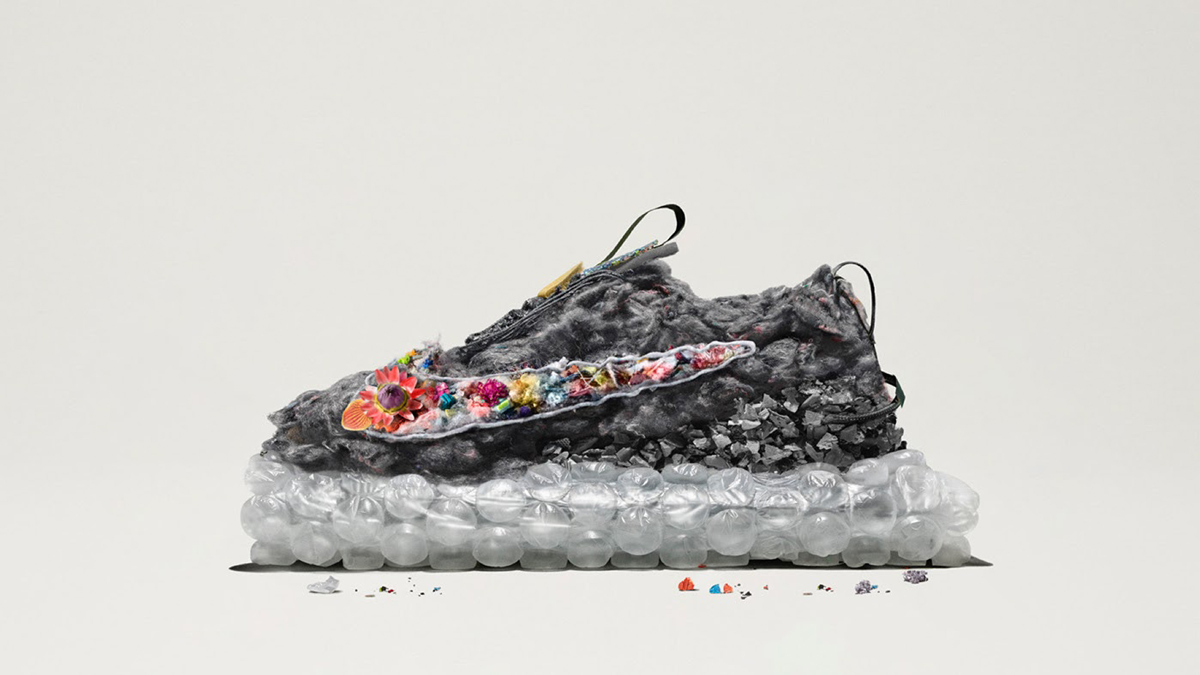 In recent years, Nike, as well as many other major footwear companies, has been making headlines for its creative use of waste as a means to create sustainable sneakers. From its Space Hippie 04 model—which has a sole made of at least 25 per cent recycled material and an upper part that is around 75 per cent recycled content that includes recycled plastic bottles, t-shirts and yarn scraps—to its Move To Zero programme, which document’s the multinational corporation’s journey towards zero carbon and zero waste, it’s clear that Nike understands the new generation’s need for more sustainable alternatives, even when it comes to fashion.

So much so that it has now announced a partnership with Newlight Technologies, a biotechnology company that has developed a process to convert carbon into a leather and plastic alternative named AirCarbon. Not only is Newlight’s material carbon-neutral, but it’s actually carbon-negative. And because AirCarbon is bio-based, it’s 100 per cent biodegradable. So far so good, right?

“AirCarbon offers an opportunity to further reduce our impact on the planet,” Noel Kinder, Nike’s chief sustainability officer, said in a press release. “Materials account for 70 per cent of Nike’s total carbon footprint, and we’re accelerating our efforts and exploring new opportunities in this space because, in the race against climate change, we can’t wait for solutions, we have to work together to create them.”

How does AirCarbon work?

As of right now, AirCarbon is used as a substitute for plastic and leather—a carbon-negative alternative that can be melted down into a variety of forms, including solid shapes. The partnership between Newlight and Nike will see the latter explore the use of the material in a variety of ways, contributing to the company’s goal to create products that are better for both the environment and athletes.

In order to create its ‘magic’ material, Newlight extracts microorganisms from the ocean that consume oxygen and carbon and convert them inside their bodies to polyhydroxybutyrate, also known as PHB. After more than a decade of research and development, the company figured out how to dry PHB into a white powder that can then be melted into various forms which include fibres, sheets, and solid shapes as stated above. AirCarbon is made up of around 40 per cent oxygen and 60 per cent carbon derived from greenhouse gases.

While it will probably take a while before we see AirCarbon in Nike products, Newlight already has two retail brands under its umbrella which use its AirCarbon material. First up is the brand Restore, which sells AirCarbon straws and cutlery. The second one, Covalent, uses the material for handbags, wallets, sunglasses, and tech accessories. Using blockchain, Covalent also allows customers to trace each step of their individual product’s production.

Speaking about this new partnership’s potential, Newlight’s CEO Mark Herrema said, “Our mission is change at scale, and there are few better partners in the world than Nike to help achieve that. We are excited to explore how AirCarbon can help Nike decarbonize its products and achieve its ambitious carbon-reduction goals.” And although things might take a while, considering the fact that the fashion industry represents roughly 10 per cent of global carbon emissions and nearly 20 per cent of wastewater, according to a 2020 BBC report, it’s ‘better late than never’.

That being said, it’s also crucial for us as consumers to be wary of trendy catch-phrases like ‘carbon footprint’ which will undoubtedly become the fashion industry’s next victim on its greenwashing journey. As renowned author Rebecca Solnit once explained in The Guardian, the term carbon footprint was coined by Big Oil to shift the blame onto us and our lifestyles instead of their actions. And it worked!