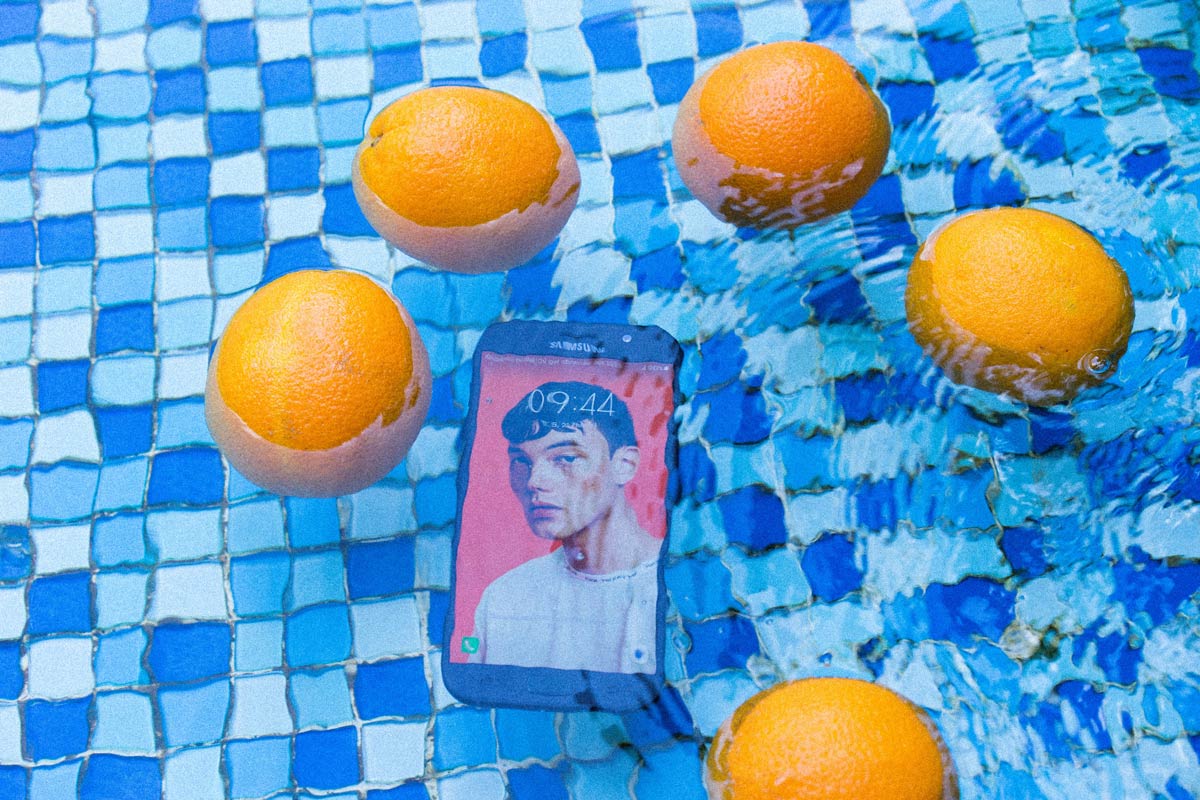 Robots belong in the kitchen: the rise of the food tech industry in 2021

They can’t instantly whip up pesto eggs or baked feta pasta just yet, but robot chefs are having a moment. According to TechCrunch, Chef Robotics, the startup behind a robot able to handle all commercial kitchen tasks just raised $7.7 million to help automate kitchens, which will increase production and consistency while wasting less food—ultimately saving restaurants money.

Meanwhile, online food delivery platform DoorDash recently purchased Chowbotics whose ‘Sally’ robot preps on-demand salads and bowls, and American fast food restaurant chain White Castle expanded a partnership with Miso Robotics whose ‘Flippy’ bot makes chips. To put it simply, demand for robot chefs boomed during the pandemic as businesses looked to decrease human contact. In order to fully predict the future of the food tech industry, we looked at the most promising robot chefs and exactly what improvements they have to offer foodies in 2021.

“At Chef, we believe and are working to create a future where we all have an opportunity to self-actualize our highest potential, to be innovative and creative, to lead others, to create art, and to love others. In other words, we want to empower humans to be, well, human!” reads Chef Robotics’ manifesto. The product team includes ex-employees of Cruise, Google, Verb Surgical, Zoox and Strateos.

Chef’s team isn’t quite ready to show off its product just yet, which is not entirely unusual for a robotics company still in the early stages. What it has promised so far is a robotics and vision system destined to increase production volume and enhance consistency, while removing some food waste from the process. Fast food restaurants appear to be a key focus for this sort of technology.

“Chef is designed to mimic the flexibility of humans, allowing customers to handle thousands of different kinds of food using minimal hardware changes. Chef does this using artificial intelligence that can learn how to handle more and more ingredients over time and that also improves. This allows customers to do things like change their menu often. Additionally, Chef’s modular architecture allows customers to quickly scale up just as they would by hiring more staff (but unlike humans, Chef always shows up on time and doesn’t need breaks),” explains the company’s website. No doubt we’ll be getting more details on the underlying tech very soon.

Before 2021 came along, Chowbotics had sold around 125 of its $35,000 robots, mostly to universities, medical centres and grocery stores. But the company said sales jumped during the COVID-19 pandemic as customers looked for touch-free ways to dispense food.

So why exactly would the food delivery market leader that offers delivery from 390,000 merchants in the US, Canada and Australia buy a robotics company? According to ABC News, DoorDash said Chowbotics’ robots could allow its restaurant partners to offer more varieties of meals without having to expand their kitchen space. Other DoorDash merchants, like convenience stores, could also use it to expand into fresh food.

From a Pasadena garage to White Castle kitchens, Miso Robotics’ Flippy was initially created as a burger-flipping robot and can now also cook chips to perfection. No wonder it got a position at the American regional hamburger restaurant chain, right?

At the time of the partnership’s announcement, White Castle Vice President Jamie Richardson explained how the robot can free up employees for other tasks like disinfecting tables or handling the rising number of delivery orders. “A touch-free environment that minimises contact is also increasingly important to customers,” he said.

It was reported by AP News that Flippy currently costs $30,000, with a $1,500 monthly service fee. “By the middle of next year [2021], Miso hopes to offer the robot for free but charge a higher monthly fee,” reads the article which was published in July 2020.

Now, this one is pretty special. In January 2021, London-based robotics company Moley announced that it will begin selling the first robot chef, according to the Financial Times. The company explained that its ceiling-mounted device called the Moley Robotics Kitchen will be able to cook over 5,000 recipes and even clean up after itself when it’s done. Bonus? The technology is built for at-home service, not in restaurant kitchens like the ones mentioned previously.

The Kitchen, which took six years to develop, consists of two robotic arms that glide along a track installed in the ceiling of a customer’s kitchen. The arms are fitted with two articulating hands that can recreate the actions and movements of professional chefs, which have been uploaded into its memory. Back in 2017, the robot chef could only make one dish: crab bisque. Now, it will come pre-programmed with thousands of recipes. All you need to do is simply select what you want to eat on a touchscreen, and let it get to work.

Of course, there are still skills the robotic kitchen hasn’t mastered just yet. While it can crack an egg, it isn’t yet capable of peeling a potato or dicing carrots. Because of this, you’ll need to handle some of the prep work yourself, and then lay out the pre-weighed ingredients on the counter or in its smart fridge for it to work its magic.

The machine, which can be fully customised to blend right into your kitchen, starts at £248,000, but Moley hopes to introduce slightly more accessible models in the future.

Blendid’s smoothie-making robot kiosk can make 45 smoothies in an hour, which customers order touch-free through their phones in locations such as Walmart and college campuses in the US. This year, the company behind the ultra-fast smoothie-maker is looking to expand its franchise in more supermarkets across the country. Forget about your go-to overpriced green juice from your neighbourhood’s coffee shop—Blendid’s drinks are sold between $5 and $6 maximum.

F&P Robotics’ ‘Barney’ is a robot bartender that can also tell jokes. The robot can mix up to 16 different spirits and eight different sodas for customers who place their orders via their smartphones, as well as offering beer and prosecco. Once the drinks are ready, Barney, who can disinfect his own robotic arm, by the way, tells clients their drink is ready via a large video display above the bar. A barista version making different coffees has also been developed.

One thing is for sure, the future of the food tech industry is looking bright, and whether you’re looking forward to hearing Barney’s dad jokes or not… it certainly looks like you won’t have much of a choice. Buckle up! 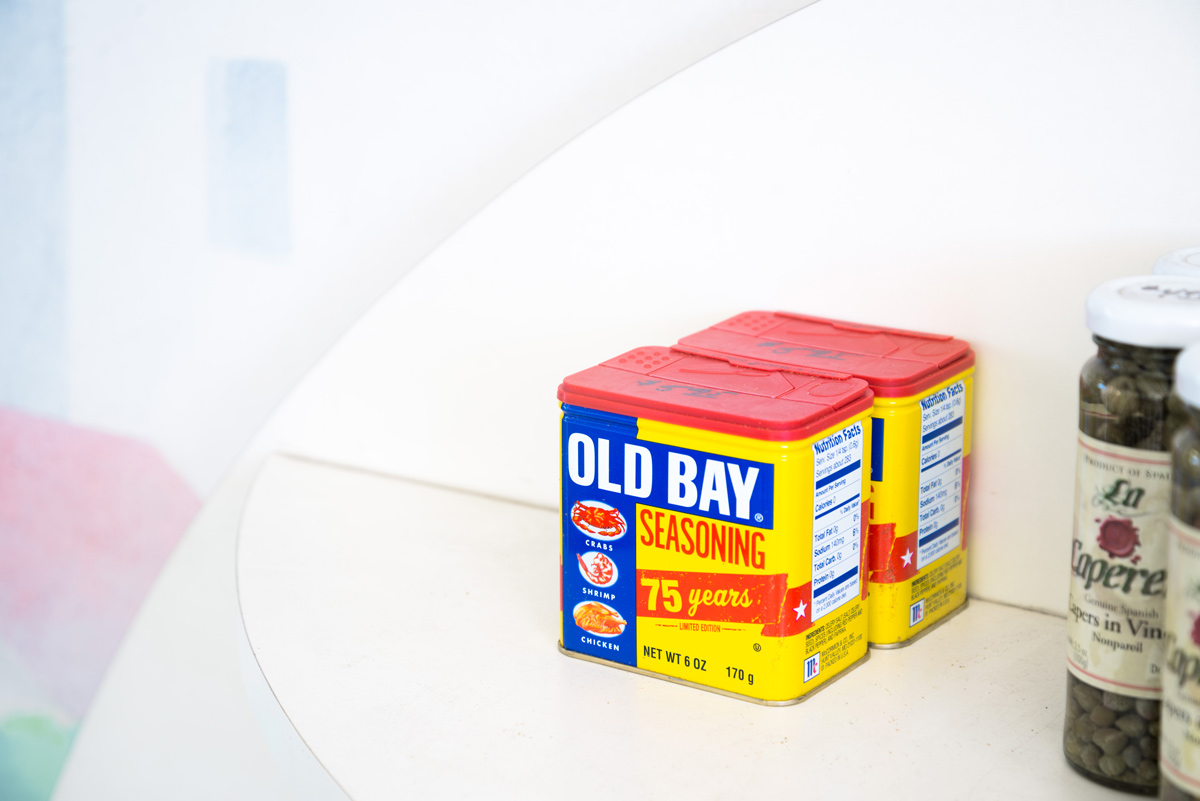 What is digital food? Here’s everything you need to know

The food industry has been undergoing monumental changes in the past few decades—new technologies were implemented, even into the way we cook, produce and buy food. Climate change pushed more and more people to watch out for how much meat they consume, which then made becoming a vegetarian or vegan extremely trendy. This created a growing need for plant-based ‘meats’ and non-dairy products.

Along with these shifts, a new term appeared in the culinary world: ‘digital food’. It’s here, and it doesn’t look like it’s going to vanish anytime soon, so you better get used to it. But what exactly is digital food, and what changes will it inspire in the ever-changing industry that is the food sector?

First of all, let’s start by clarifying something: digital food and new technologies being used in the daily operations of food companies are two different things. New technologies meant that manufacturing processes were upgraded and started producing more food at a faster pace. But digital food is something else entirely. With social media came the recent boom in online food-based media, which completely changed the way we look at food online and seek out new recipes, restaurants and reviews.

We began craving new flavours from different countries, but it went even further than that. From sharing images of food on Instagram to augmented reality (AR) filters that shape our faces into a peach or a tomato or any food you can think of, it seems that the term ‘digital food’ still has many meanings and, therefore, that there is no general consensus on its definition. Why is it not clearer? Because digital food is so recent that it is still in constant change. In other words, digital food is the future but no one can tell what the future holds.

Forget about the Instagram face, the new trend involves face filters that either allow you to look like your favourite food or make photo-realistic 3D food models appear on your camera. Not only can you look like your favourite kind of bubble tea, but you can also help reduce food waste by playing with food digitally. Because, let’s be honest, who hasn’t tried the Greggs face filter that lets you know which Greggs product you are?

Screen Shot spoke to Clay Weishaar, also known as @wrld.space on Instagram, the AR artist specialising in food filters, about our new obsession with food, especially on social media, and why his designs mainly focus on digital food, “Food culture has always been a big subject on Instagram. So has fashion. This has really inspired me to explore the idea of food as fashion. I loved the idea of people wearing their favourite food. With augmented reality technology we have the ability to do this.”

This can explain the kind of feedback that his Instagram filters received: “I am a huge foodie myself. Combining food, fashion and technology was a sweet spot for me. I think the reason my filters have almost 2 billion impressions is that food is something people identify with. It’s a universal subject, and it is what brings people and cultures together.”

Some big food chains have already seen the potential in digital food. For example, Domino’s created a Snapchat filter that would let users see an AR pizza and offer them the possibility of ordering the pizza online, straight from their Snapchat app. Using AR, brands could show us exactly what a specific meal would look like, making it easier for potential customers to make up their minds on what they’d like to order.

Five years ago, people were writing about food online to complain about the trend of people sharing pictures of their meals on Instagram. Now, people are looking, liking and sharing pictures of fake food—digital food. If you’ve ever wondered what food you should eat to improve your blood pressure, perhaps digital food might be the best solution.

Among the few who can already see the potential of digital food is Jessica Herrington, who created the Instagram account Fresh Hot Delicious, a completely digital restaurant specialising in digital desserts. She described the concept in OneZero, saying, “Each dessert exists as a freely available AR filter on Instagram. To simulate a real-world restaurant, the desserts ‘sell out’ when the AR filters reach a specific number of views. Users can play with the desserts for free until they are ‘sold out’ and become deactivated. In this way, the digital restaurant gives a life span to previously permanent digital objects.”

Experiencing digital food through AR is an accessible and innovative alternative to engage with an audience. Food brands are trying to sell more than a product—they need to sell an experience, and digital food could help them build a connection with potential customers. The future of the food sector is digital, and we’ve only witnessed a few of the many ways we will consume digital food. As unusual it may seem to many for now, digital food will offer us a new approach to traditional eating experiences, and I don’t know about you, but all this made me hungry.