Biphasic sleep versus polyphasic sleep: what are they and could they benefit you? – Screen Shot
Deep Dives Level Up Newsletters Saved Articles Challenges 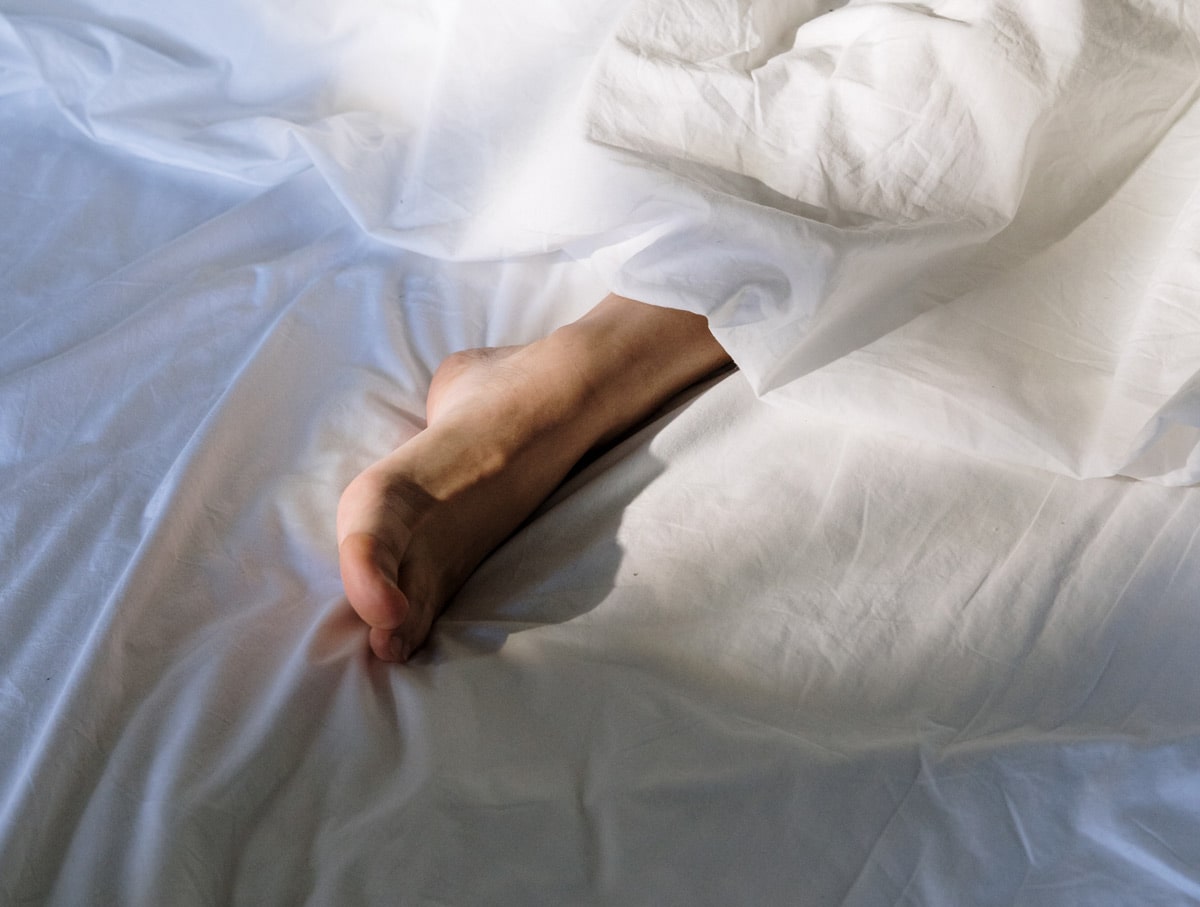 Biphasic sleep versus polyphasic sleep: what are they and could they benefit you?

My sleeping schedule has always been somewhat difficult. As I’ve grown older, my ability to sleep in on weekends in order to catch up on the hours lost during the week—I used to blame Vine for it, now I’ve switched to TikTok—has vanished. Aged 25, I now struggle with finding the right sleeping habit that lets me both feel energised during the day and tired enough to actually go to bed at a ‘reasonable’ time. And I’m pretty sure many can relate to this important but often overlooked problem.

Until now, I’ve always ignored it unless it clearly impacts my mental health (which it did in the past), thinking that it’s just the way things are. But then, during my daily nocturnal TikTok session, I stumbled upon a video on the topic of biphasic and polyphasic sleep. Those were two different sleep patterns that most people used to follow—before the Industrial Revolution led us to the recommended single stretch of 8 hours sleep, known as monophasic sleep.

So, what are biphasic and polyphasic sleep, and could they actually be more beneficial than monophasic sleep? Here’s everything you need to know.

What is biphasic sleep?

A biphasic sleep pattern is when someone sleeps twice per day, sometimes referred to as a ‘siesta sleeping pattern’. Those who practice biphasic sleep typically sleep for a long duration at night, around 5 to 6 hours, and have a shorter period of sleep during the day. The shorter period typically lasts between 30 and 90 minutes, giving an energy boost to finish the day—think of it as a daily disco nap.

For those who tend to go for a siesta of 90 minutes, it means that they can achieve one complete cycle of sleep through those two periods of sleep.

Before the Industrial Revolution, biphasic sleep (as well as polyphasic sleep, which I’ll get to shortly) was the go-to sleeping pattern for most people. As Refinery29 explained in an article on the topic, “people would go to bed when the sun went down, sleep for several hours, wake up for a few hours to make love, say their prayers or do chores before going back to bed until dawn.”

Nowadays however, monophasic sleep has become the norm due to our longer-than-normal hours of working time. While some say that biphasic sleep is healthier than a monophasic pattern, and although there are some countries (like Spain) that have adopted it as the norm, others argue that it could lead to brain damage, memory loss and increase chances of suffering from Alzheimer’s in the future.

Although both arguments are discussed among the somnology community, naps are known to be more beneficial in short intervals and a more natural way of sleeping. Furthermore, the suggested benefits of naps include improved memory and learning ability, increased alertness, and an improved mood. Sounds pretty good to me.

What is polyphasic sleep?

A polyphasic sleep pattern is when a person sleeps for periods of time throughout the day (from 4 to 6 times a day). According to Medical News Today, these sleep combinations can be broken down into three different categories:

Should you try changing your monophasic sleep schedule?

Let me start by saying that I am no sleep doctor, and that this is only research I’ve done on my own. That being said, it certainly looks like biphasic and polyphasic sleep could be potential replacements for the standard we are used to—even as a short-lived hype.

As more of us have been forced to work from home, our standard 7 to 8 hour working day has been disrupted—and with it our sleeping habits too. On top of that, our reliance on technology and brighter screens means that maintaining a healthy sleeping schedule has become near impossible in modern times. With sleep becoming an increasingly discussed issue, it’s only natural for people to begin researching alternative sleeping patterns, such as biphasic and polyphasic sleep.

Research in 2010 found daytime napping to have a positive influence on cognitive functioning, with larger benefits being seen with naps lasting longer than 30 minutes. You would think that these findings would therefore apply to biphasic and polyphasic sleep.

On the other hand, one study in 2012 found napping to be a poor method to achieve quality rest and could result in lower cognitive performance. Bear in mind, however, this study was performed on preschoolers so data might not be applicable to an adult population.

All in all, these two alternative sleep patterns seem to come with both positives and negatives. Whether your current sleeping habits are so bad that you’d like to try something new is up to you. As for me, I think I’ll start experimenting with more disco naps and truly listen to my body when it tells me it’s exhausted instead of chugging more coffee. Until then, goodnight, sleep tight, and don’t let the bedbugs bite! 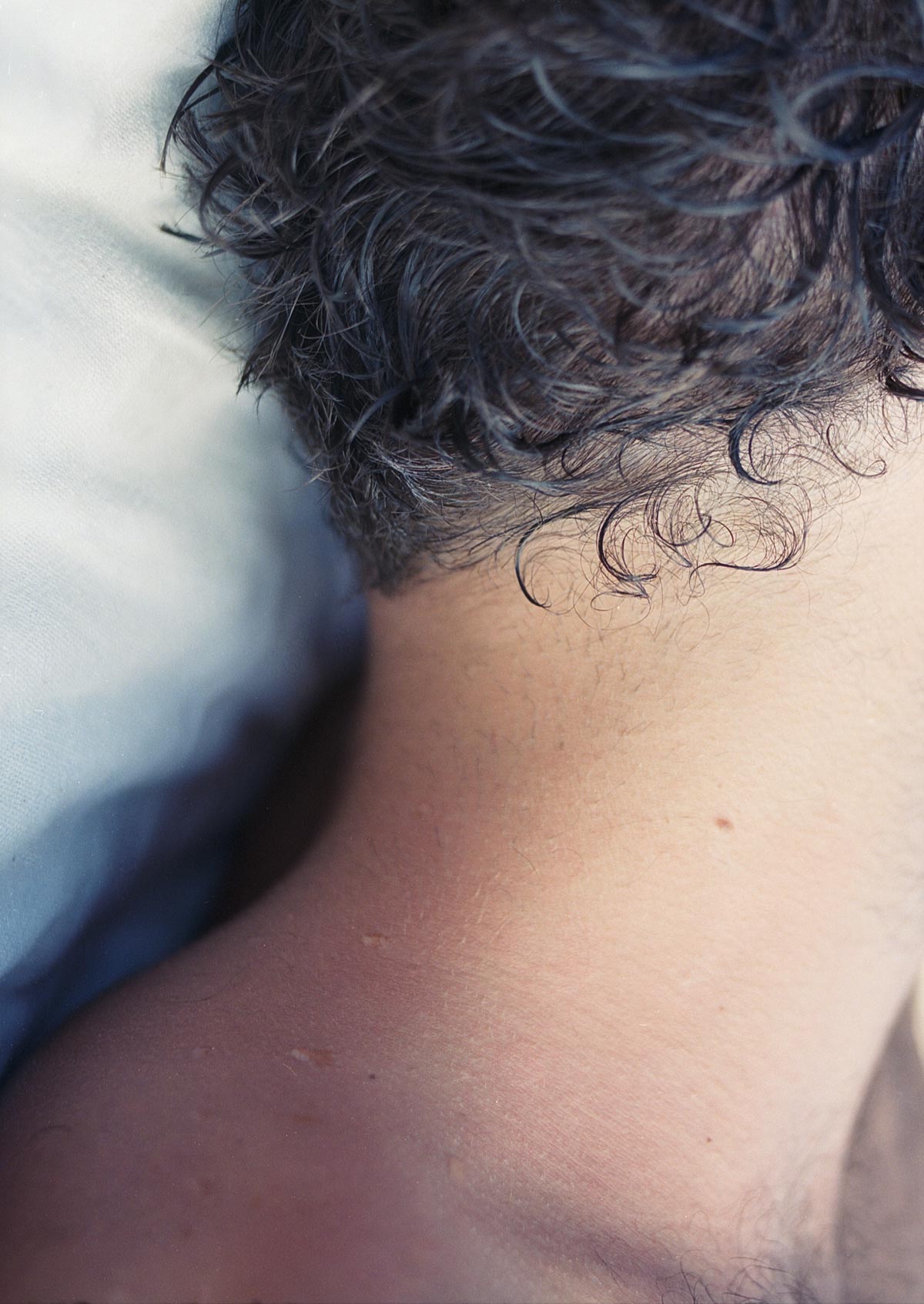 If you’re wearing more than your birthday suit to bed, you’re missing out on some solid slumber. I want us all to strip down and doze off buck naked baby! And my good friend science and I are going to tell you exactly why.

To start, yes I do own pyjamas, a set for every mood probably. I also waltz around in a big tee and knickers, or trackies—it’s called lounging, duh! When it’s time for bed though, it’s all coming off. I’ve woken up at war with that stupid baggy t-shirt, what about you? When it’s tight on one side and loose on the other and in the fluster of trying to sort it out you just wake yourself up even more? Okay, maybe that’s just me. I do seem to set off on extreme adventure courses in my sleep and envy those that seize the day from the right way round in bed. But if you wake up on the hot mess express like I do, why not give nighttime nudity a go?

Skin to skin contact triggers the release of oxytocin, or in other words, the ‘love hormone’. This influences our social behaviours, our emotions associated with empathy and trust, sexual activity, and ‘bonding’. Levels of oxytocin increase during hugging and orgasming. Yes please and thank you, sold. We want oxytocin in our bodies.

If you’re not a regular on the sharing a bed front, there are other benefits to sleeping in the nude, which I will get into. But first, I would like to take this opportunity to interject my train of thought and yours by advising you to go find some (even if casual) lovin’. You and your oxytocin levels are worth it. Now, onto my next point: temperature.

Body temperature is one key to successfully falling, and staying asleep. It’s actually part of your circadian rhythm (the biological rhythm that acts as your body’s clock). When the sun goes down, the air becomes cooler. Our bodies are accustomed to this. So it makes sense in saying that by sleeping naked and keeping breezy beneath the covers, there is less risk of a fluctuation in body temperature, and therefore, a better night’s sleep. If it’s too hot (or too cold) you also risk impacting your rapid eye movement sleep (REM), which is the dream stage of snoozing and also the bridge into a deeper non-REM sleep that refreshes our brains and bodies.

I hate to go down this road with society being as disgustingly obsessed with how we look as it is, but staying cool overnight may also help us burn fat. As we give ourselves a better chance at staying cool throughout the night by sleeping naked, studies show that our bodies will in turn increase its stores of brown fat, which is the type of fat that actually burns energy rather than storing it as white fat does, it also improves glucose levels and insulin function. Babies have more brown fat to help them keep warm, exposure to colder air triggers the brown fat to be ‘active’. Brown fat then decreases as we age (and so does our efficiency to lose weight)—you do the math.

Another reason to sleep naked is to boost your confidence. Sleeping naked will make you more comfortable in your own skin. It will also improve the texture of your skin, because your pores can breathe. Consider the quality of your bedding too, what feels good to you against your skin? I want everyone reading this to realise how great they are by stripping off tonight and saying out loud ‘I am enough as I am. Take it or leave it, this is me’. Did you say it? Say it again!

If sleeping completely naked isn’t within your immediate comfort zone, then just pretend you’re off to a topless beach and slip into bed with your panties on. I sometimes go to bed in a kikoy wrapped loosely around me (which is a sarong once used as currency along the East African coast) and knickers, because somehow I always manage to make the mistake of guzzling down gallons of water and then needing to get up to pee. So to avoid an awkward encounter with my flatmates’ boyfriend stark naked in the corridors, I can rummage around for my kikoy (or sarong) and rewrap it round me (it will fall off) for my dozy trip to the loo and back. The real point is to wear as little clothing as possible to bed.

You may be surprised at how natural it feels to sleep naked, or you might hate it, but do yourself a favour and give it a try before you decide it’s not for you. Being naked doesn’t have to be saved or associated with sex like it usually tends to be, it’s your body whether you share it with a partner or not. It’s there for you, enjoy every evolutionary function that it has to offer, including its naked ability to give you a better night’s sleep. Why fix a perfect thing?