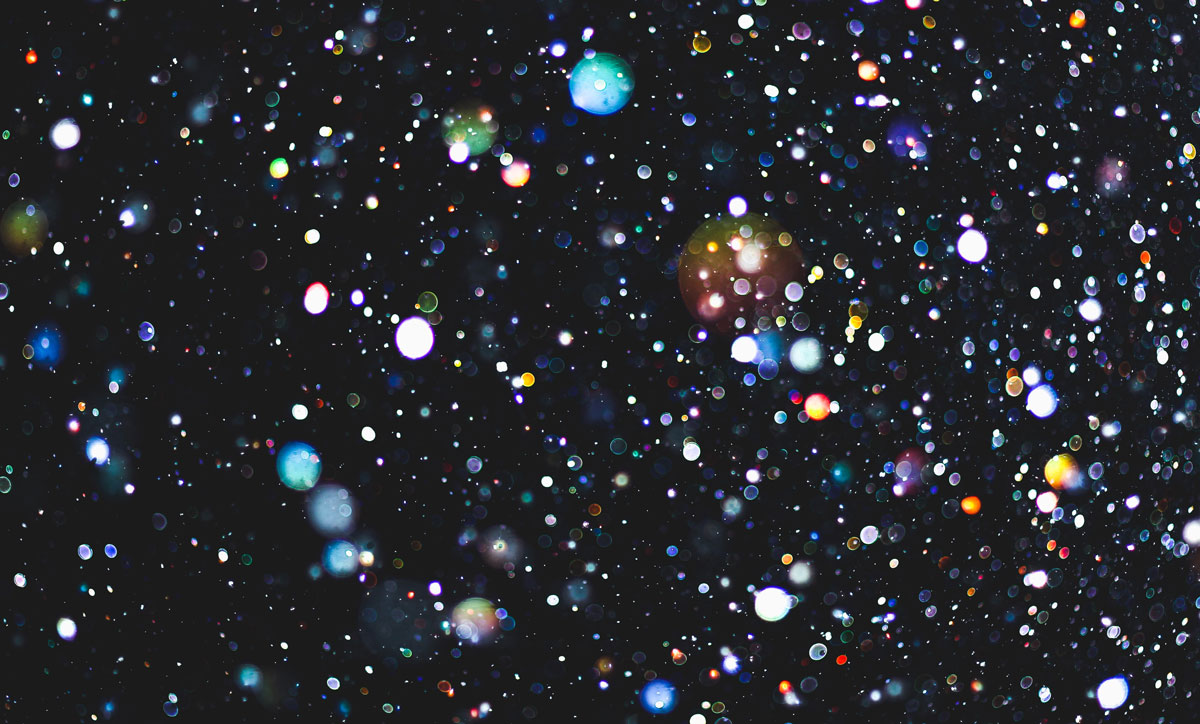 Since launching on 25 December 2021 from a site at Kourou in French Guiana, the James Webb Space Telescope (JWST) has reached its galactic destination. It’s positioned 1.5 million kilometres away from Earth, where it will orbit our Sun as it captures new, groundbreaking data about deep space. Astronomer Rohan Naidu of the Harvard Center for Astrophysics told France 24 that thanks to this innovative telescope, “we’re potentially looking at the most distant starlight ever seen.”

You’ve probably seen the photos by now—the ones that look like shining jewels against a black velvet backdrop. While they may appear a bit blasé to the average, visually-saturated internet user and have already been used as inspiration for an endless list of memes, the full-colour images represent a monumental breakthrough in scientific discovery.

For those of you who have been living under a rock, the JWST can document images up to an unprecedented 13 billion light-years away, according to NASA, allowing us to peer deeply into space’s mysterious, inky landscape.

The technology is the first to be launched by the US agency since its predecessor, the Hubble telescope, which was initially considered a failure due to a faulty mirror. With that detrimental flaw in mind, NASA took great care testing and designing its newest piece of equipment with exquisite detail.

To successfully take off and complete its journey to its destination, the JWST had to operate seamlessly once it left the ground. According to Kenneth Chang, a science reporter for The New York Times, “NASA had identified 344 of what they called single-point failures,” on the telescope—including its impressive 69.5-foot sunshield—so if just one error occurred, it could throw the whole mechanism off. But “all 344 things—they all worked,” Chang added.

The telescope “got to its final destination at the end of January 2022. The instruments turned on. Almost everything worked as well as NASA could have possibly hoped,” signalling a shift in the public’s perception of the organisation and of space itself.

With the growth of private space-related companies in recent years, NASA has been able to purchase rocket ships for the first time. Plus, more people have been venturing into space than ever before. In June 2022, it was announced that NASA had plans to buy five more crewed flights to the International Space Station (ISS) from SpaceX, in addition to three it had already purchased.

Elon Musk founded the spacecraft engineering company in 2002, with the aim of minimising space transportation costs, allowing humanity to inhabit Mars at some point. Throughout its two decades of existence, the company has quickly risen to the top of its field, becoming a recognised leading global commercial launch provider in 2017. On 9 April 2022, SpaceX achieved the milestone of sending the first all-civilian crew to the ISS, which NBC noted as an example of how “human spaceflight—once limited to governments and their space agencies—is now flourishing as a commercial enterprise.”

These industry feats accomplished by SpaceX—as well as other suborbital ventures by billionaire-backed aerospace businesses (aka Virgin Galactic and Blue Origin)—are key breakthroughs for not only space tourism, but also the commercial space flight industry. With these factors at play, NASA has had the freedom to engage its world-leading astrophysicists, astronomers and engineers with other projects focused on discovering what’s beyond our home planet. As Chang said, humanity is always going to want to see “what’s at the next star. And these are the missions that really only NASA […] are ever going to try because it’s not a business proposition for any of the billionaires.”

So, what does this mean for us? In the short-term, it means more sparkling, dazzling images from deep space. In the years to come, it could mean discoveries about planets orbiting other stars, or exoplanets, and their compositions. According to NASA, one of the main uses of the JWST “will be to study the atmospheres of exoplanets, to search for the building blocks of life elsewhere in the universe.” The innovative tool will also be used to help us build a broader, fuller picture of the objects in our galaxy, by observing “Mars and the giant planets, minor planets like Pluto and Eris—and even the small bodies in our solar system” in more detail than ever before.

What’s more is that a poll taken by YouGovAmerica in July 2022 revealed how “just over 70% of Americans have a favourable view of NASA,” indicating that the organisation will have public support in its future endeavours—whatever those may be. Massimo Pascale, an astronomer at the University of California, Berkeley, further shared this optimism. He told ScienceNews that the JWST “is really going to define a new generation of astronomers and a new generation of science as a whole.”

In essence, during its potential decade in orbit, the JWST has the capacity to transform our ideas of the galaxy, the solar system, and even our own planet. As humanity continues on this path towards galactic exploration, expect space-related motifs to continue to infiltrate all aspects of culture, from memes and hyperpop music to Balenciaga’s otherworldly runway shows and even dresses brimming our wardrobes with the oldest galaxies scientists have ever seen.