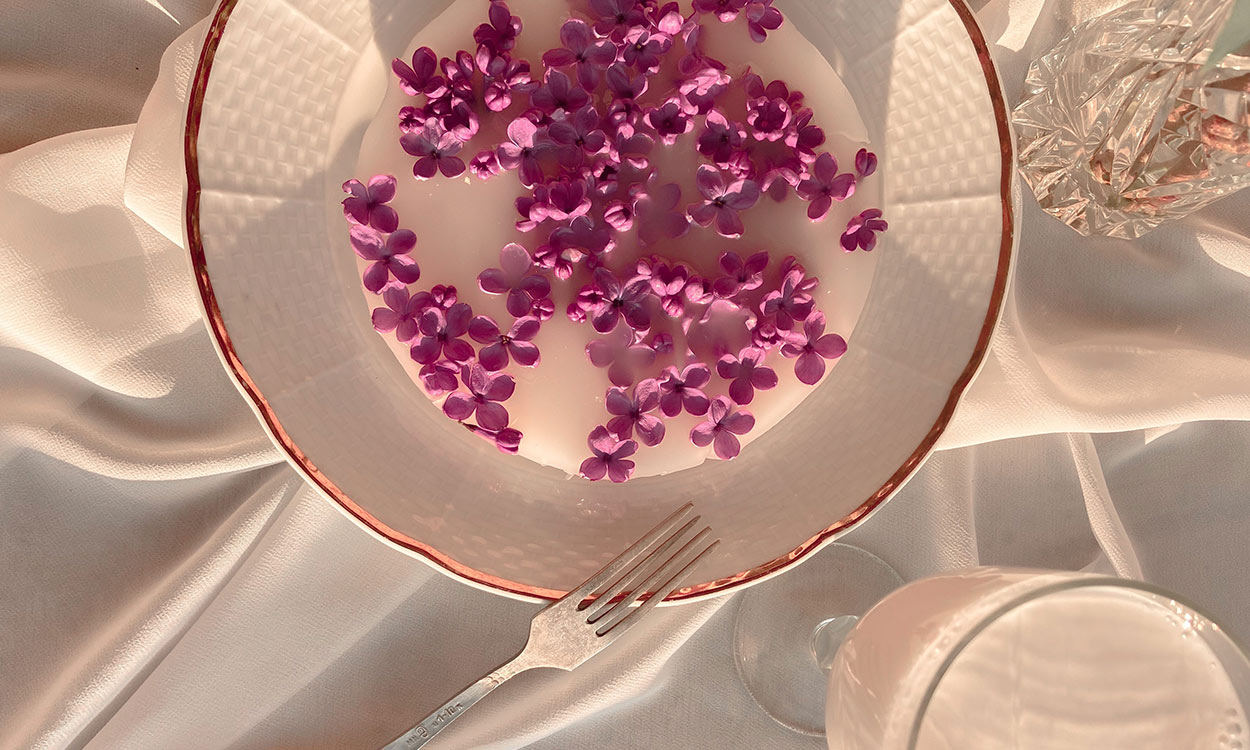 What it’s really like to use Ozempic, the controversial weight loss drug that makes food repulsive

No matter the scale of claims that body positivity has had an impact on how people—women, in particular—perceive and love themselves, it’s also undeniable that recent years have led to more and more dangerous weight loss inventions flooding the market. From TikTok’s recent ‘salt water flush’ trend to Instagram trying to play its part by introducing a feature that lets users hide weight loss ads from their feeds, our relationship with our bodies remains constantly challenged, to say the least.

An eating disorder in an injection

The latest proof of this comes in the form of a new drug called Ozempic, which, once injected into someone, leads to an incredibly fast loss of weight. How? By triggering a chemical repugnance to food itself.

As aptly explained by The Guardian, “After being injected with Ozempic, a user could try to imagine a moist slab of black forest gateau, or a calorically-dense, half-pound Baconator bacon cheeseburger from Wendy’s, and their body physically revolts, with spasms of nausea and waves of ill feeling.”

What’s worse is that the highly controversial drug is not only popular among Hollywood’s A-listers—on TikTok, videos documenting Ozempic-assisted weight loss have already racked up hundreds of millions of views. Elsewhere online, speculations that the drug has been one of the major factors in the drastic body transformations of celebrities continue to run wild.

And if you believe what a number of musicians and actors told The Guardian—although none of them would go on record—speculations have now transformed into facts. Heck, even Technoking Elon Musk has publicly and unabashedly praised Ozempic in the past.

A weight loss drug hiding as a diabetes medication

Considering the shocking impact Ozempic has on someone’s appetite, it might come as a surprise to some that the drug is regularly advertised on TV, with commercials often featuring various characters who, having stabilised their blood sugar levels, are living healthy, happy lives. “Oh!” they repeatedly exclaim on camera as the soundtrack—which is obviously based on the melody of ‘Magic’ by Pilot—crescendos into a catchy but cringeworthy “Oh! Oh! Oh! Ozeeeeempic!” Don’t believe me? See for yourself:

But here’s the thing: Ozempic is being marketed as a diabetes medication, with the ad mentioning weight loss only as an afterthought. In the final recitation of precautions and potential side effects, the voiceover can be heard saying: “You may lose weight!” to which a chipper character responds, “Oh!”

Oh, indeed. Regardless of the fact that it’s originally gained traction in the medical community for its ability to lower blood sugar, doctors are now increasingly prescribing the drug off-label, purely for its effect in helping people lose weight.

According to data from the Mayo Clinic, studies found that patients combining weekly injections of Semaglutide—the active ingredient in Ozempic—with healthy lifestyle changes (such as eating a balanced diet and exercising regularly) resulted in weight loss of about 33.7 pounds (15 kilograms) in a 68-week period.

The drug’s sudden rise in popularity has led to a massive run on supplies globally. The worry is that the off-label use of Ozempic for weight loss is creating shortages for people who rely on the drug in treating type 2 diabetes.

While some supporters of the drug have been quick to deny a potential Semaglutide shortage, The Guardian highlighted the fact that federal agencies seem to disagree. The US Food and Drug Administration (FDA) noted that “intermittent supply disruptions” of certain quantities of Semaglutide injectables are attributable to a “demand increase for the drug.” Online, some doctors say the drug is on backorder through the end of the year.

In May 2022, Ozempic’s manufacturer Novo Nordisk reported difficulty in keeping up with its skyrocketing demand. More recently, it responded to the uptick in off-label prescribing by introducing a new, rebranded drug, called Wegovy: a chemically identical Semaglutide injection, offered at higher doses, targeted specifically for obesity and weight management. And already, Wegovy itself is in short supply.

In Australia, recommendations were made to physicians who were instructed to prioritise the drug’s use in the on-label treatment of type 2 diabetes. Australian authorities noted, “The shortage is significantly affecting people using Ozempic for its approved use.” You get the idea.

Some worrying side effects

“They’re telling me that food is gross,” he told the publication. Doctor Daniel Ghiyam, whose “medical spa” in Ventura county, California, offers injections of Semaglutide among other treatments, echoed Mahowald’s claims. “Patients complain to me,” he said. “‘I go to my favourite restaurant and order a steak and I take four bites and I don’t want to finish it.’ They have to run to the bathroom if they eat too much.”

While both Ozempic and Wegovy name nausea and vomiting as among their most common side effects, it’s important to consider the possibility that these may not be side effects at all, but the very cause of the weight loss.

In many ways, this type of chemical repugnance-based drug can be compared to Naltrexone, an opioid antagonist prescribed to treat alcoholism, which “reduces the palatability of alcohol,” essentially making booze taste bad. While the antidepressant Wellbutrin has also been recognised for its off-label ability to make cigarettes taste disgusting, the main difference lies in the fact that food should not be subjected to the same repugnance on the road to healthy weight loss. 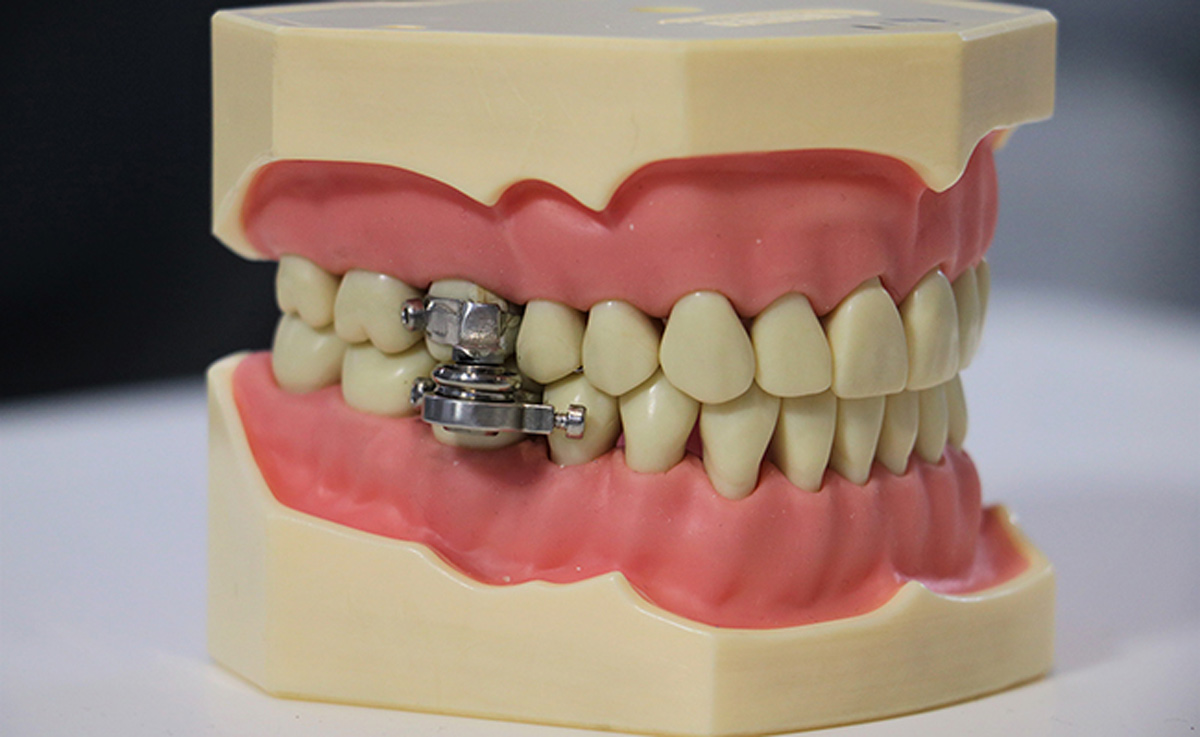 Every single time I think the world can’t get more Black Mirror-esque, it does. Society’s obsession with diet culture has people trying everything from juice cleanses and meal replacements to locking their mouths shut. Yes, you read that right. The new weight-loss tool has been researched and developed by both Leeds-based scientists and medical professionals from the University of Otago in New Zealand. No, the headline wasn’t clickbait, the device locks your mouth shut—quite literally.

As someone who has dealt with an eating disorder and accompanying body dysmorphia my entire life, I should warn you that this device may be triggering for some.

The self-proclaimed “world-first” device, named the DentalSlim Diet Control, is fitted to the upper and lower back teeth by a dental professional. The tool’s core mechanics comprise magnetics that is fitted with custom-manufactured bolts; these work to restrict the wearer from opening their mouths any wider than about 2 millimetres. Its intention is to restrict the user to a liquid-only diet without affecting speech or breathing.

According to a study conducted by the same team of researchers, the DentalSlim Diet Control was responsible for a “mean weight loss of 6.36 kilograms” in participants across a two-week period. They reported that once the time period was up, participants “were further motivated to lose more weight.” That’s hardly shocking though, given that they literally had their mouths sealed shut. It’s nothing more than a starvation diet. It places the ‘solution’ to obesity on calories and liquids, rather than mental health and proper nutrition. I mean, what’s stopping me from drinking melted chocolate? Trust me, I’d do it.

The lead researcher behind the torture device is University of Otago’s Health Sciences Pro-Vice-Chancellor, Professor Paul Brunton. He claims that it is “a non-invasive, reversible, economical and attractive alternative to surgical procedures. The fact is, there are no adverse consequences with this device.” People don’t seem to agree, the fact is, it’s crazy.

This medieval sounding machine has obviously been criticised by many. The director of external affairs at Beat—the UK’s leading eating disorder charity—Tom Quinn, told The Independent, “It is incredibly concerning to read that this is a proposed solution to supporting someone with obesity. We know that many people living with obesity are also affected by binge eating disorder (BED), which often goes undiagnosed.” SEED Eating Disorder Support Services’ manager and actress, Gemma Oaten agreed, calling it “horrific.”

She added, “The fact that a university has gone to the lengths to produce this and then share it on social media where all of the people who are struggling right now have access to it is only compounding the whole narrative that obesity is just a physical thing that needs addressing.” The reaction on social media to this device has been anything but positive.

Shortly after making headlines for its invention, the university tried to further justify itself on Twitter, writing: “To clarify, the intention of the device is not intended as a quick or long-term weight-loss tool; rather it is aimed to assist people who need to undergo surgery and who cannot have the surgery until they have lost weight.” In spite of this reasoning, the device does little to actually combat the causes of obesity and is just another dangerous fad in diet culture.

One Twitter user responded to the University of Otago with the perfect summary, “A holistic solution to obesity that focuses on its socio-economic roots and promotes access (time, cost, etc) to healthy sustainable diets? No, let’s bolt fatties’ mouths shut and put them on a forced juice cleanse!”