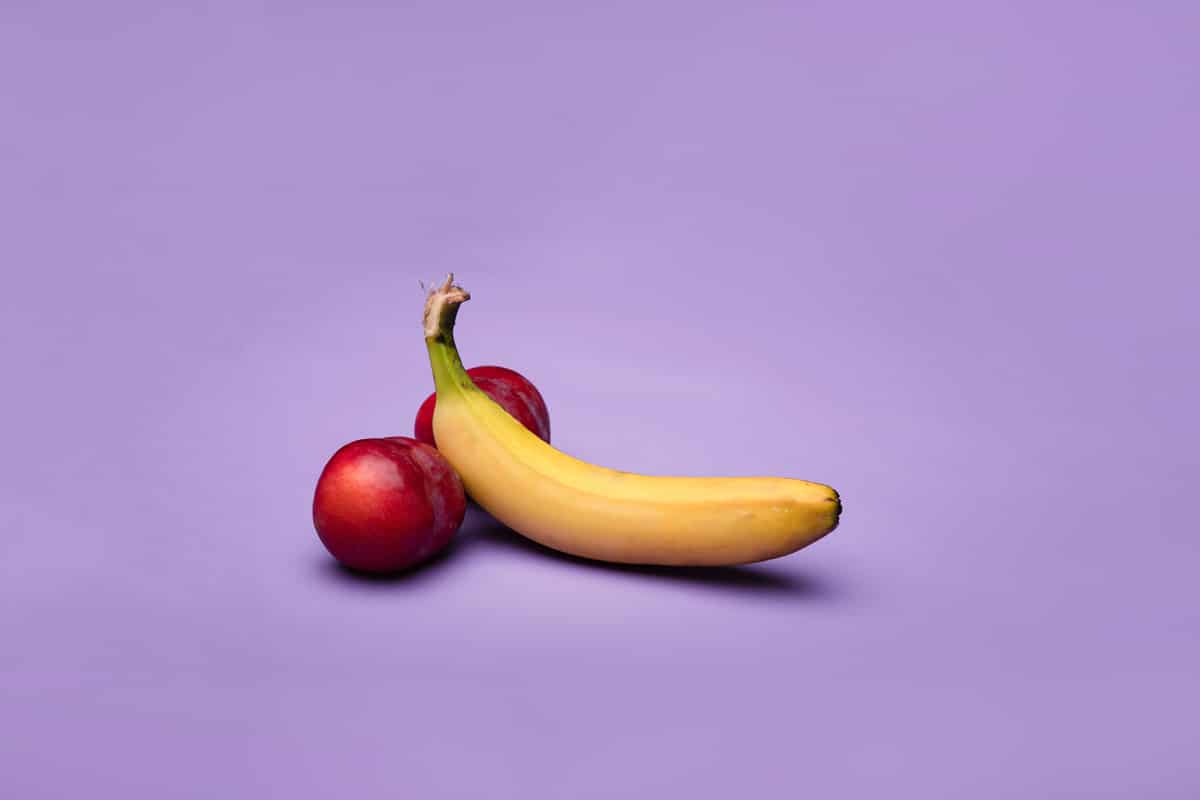 Meet James Elist, the doctor who made penile implants happen

In the US alone, the question ‘Does penis size matter?’ is searched a thousand times a month, while ‘ideal penis size’ racks up more than 1,700 monthly searches. Looking at those numbers, it’s clear that penis size remains an important topic for many, and that penis shaming—also known as penile humiliation or even dick shaming—still affects penis owners all around the world.

Prior to Penuma, the only penile implants available were designed to treat erectile dysfunction—not to enhance penile size. In other words, there were no penis enlargement implants available before Doctor James Elist came along. “Penuma takes the concept of a breast implant and applies it to the context of a penis. The insertion procedure is relatively straightforward. There is an incision made in the pubic area above the penis or an incision in the scrotal area, and the implant is inserted from there,” explains Doctor Elist. For this procedure, there are no incisions on the penis itself.

About 60 per cent of the 160 million men in the US feel their penis size impacts their life. That’s a lot of self-penis shaming, if you ask me. Similar to what Doctor Frank Gerow and Doctor Thomas Cronin did with inventing the silicon breast for women, Doctor Elist has done it for thousands of men, inch by inch, penis by penis.

We’ve previously witnessed the rise of vaginal surgery as a trend along with vaginal beauty, which led me to ask Doctor Elist whether he thought the same was happening with penis implants. “Absolutely. As more physicians offer Penuma (we currently have 10 highly experienced prosthetic urologists in the US, many of whom are professors of urology, who are conducting the procedure almost every day) and as more data are presented on its safety and efficacy, we have seen more people excited to explore Penuma for themselves. Even during 2020 with the COVID-19 pandemic, we have seen an increase of 20 per cent in web traffic and a similar increase in patient volume,” Elist told me.

But what first led the urologist to create Penuma? As Doctor Elist explained, “For years, I would hear the classic question from patients of ‘Hey Doc, how can I make it bigger down there?’ This is a question many urologists hear. Unfortunately, the only options at the time prior to Penuma (such as fat injection or fillers) tended to cause damage to the penis.”

In fact, the American Urological Association (AUA) put out a statement that clearly showed the risks these previous procedures presented. Nevertheless, men continued to pursue damaging procedures in places such as Tijuana or Vietnam. “We developed Penuma by taking a scientific approach. We consulted with biomedical engineers and conducted a series of clinical studies before receiving our first FDA clearance in 2004. Since then, we have partnered with top prosthetic urologists at institutions such as Harvard, Mt. Sinai, and Rush University, we have published the results of our IRB-approved, 400 patient, 5-year retrospective review in a peer-reviewed journal as well as other academic articles on Penuma, and we have successfully performed thousands of procedures across the US,” Elist added.

In order to truly find out the impact that Penuma’s breakthrough has had on penis owners, Screen Shot reached out to one of its patients who chose to remain anonymous. “I had a urological issue which prompted me to look for the best-rated doctors in the country. That brought me to Doctor Elist’s work and I found it compelling, exciting and cutting-edge so I decided to undergo the surgery as an adventure in tandem with my other needs. What guy doesn’t want a larger package? It was a no brainer for sure,” shared the patient.

When asked about how he feels now that he’s gone through the procedure, he added, “I’ve always been confident and satisfied with my penis and my sex life. But the implant has definitely made me even more comfortable and confident. Like a woman who gets breast implants—we should normalise the ability to adjust your appearance to whatever makes the person feel good. Especially being a gay man, I now get a lot of attention and positive reinforcement about it. I always share that I have the implant so people know that I’ve augmented its appearance and they’re usually floored. By having the implant I’m able to talk about body image issues with men I otherwise wouldn’t and I think that’s powerful.”

Speaking to Doctor Elist, it seems that Penuma has won over patients from all walks of life. “20 to 25 per cent of our patients come from abroad, and we have a wide diversity in terms of ethnicity, age (all over 21), and sexual orientation.” But as he further explains, as safe as the procedure has proved itself to be, not every patient with a small-sized penis should go through it. “We are focused on patient safety first and foremost, which is why we published a protocol on patient selection with strict standards on which patients we will and will not operate on.”

Of course, I truly believe that, although men with smaller penises are often pushed to feel ‘less masculine’ or even unable to please others, both of these assumptions are wrong. And in its own way, Penuma could help shift society’s toxic standards about masculinity. “We hope that every patient finds self-confidence and self-esteem from within but we also understand that there are often psychological elements at play with the decision to pursue penile enhancement. This is why we use a psychological screener with all patients, and will often refer patients to a therapist. If a patient is able to address any anxieties through therapy, then this is a win-win as the patient avoids surgery. However, if the patient and the therapist both feel that the Penuma implant is a good option for the patient, then we will continue the discussion,” shared Doctor Elist.

It’s about time we normalise cosmetic procedures for men—that it’s okay for a man to want to look good. From penile implants and tummy tucks to liposuction and fillers men are also going under the knife, and there’s nothing wrong with that. After all, as Doctor Elist’s patient told me, “Nature has to take its course with gravity and stick to the new timeline and expectations provided to you by doctors.” 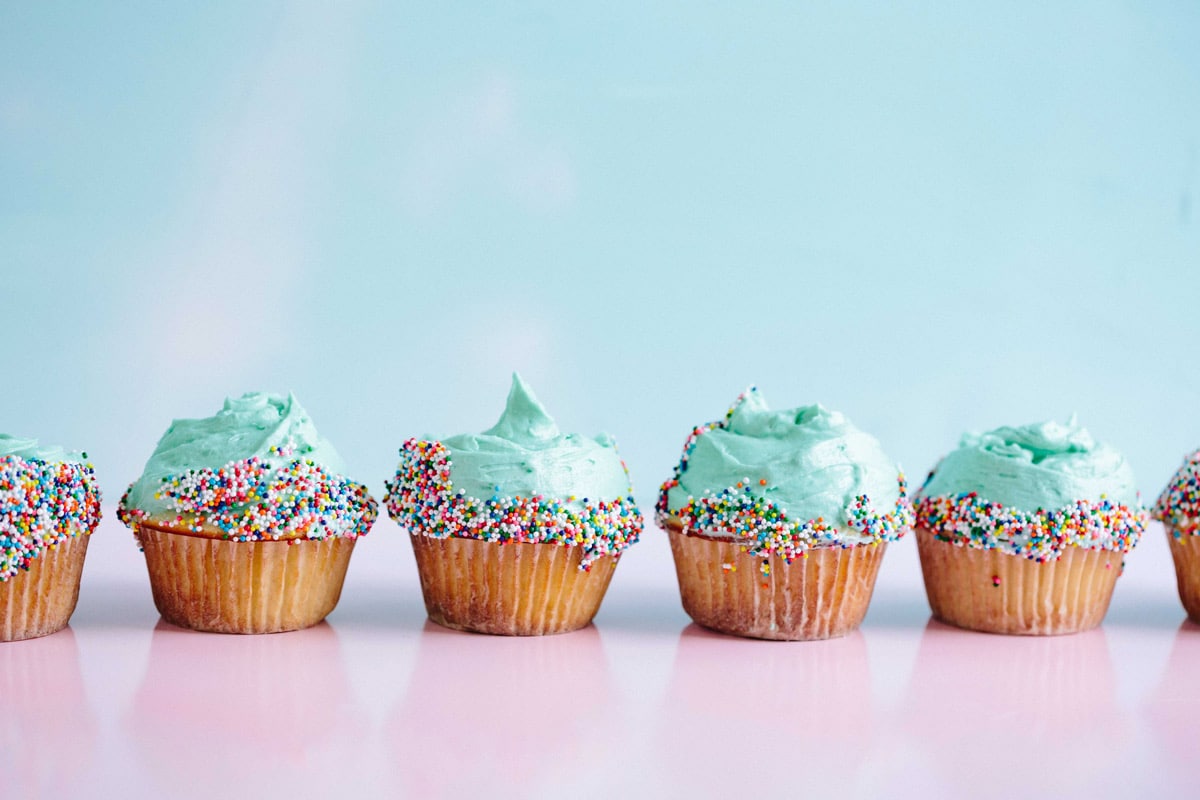 In the latest example of the Egyptian state’s attempts to ‘control public morality’, which mostly target women, a female pastry chef was arrested at her home after it was revealed that she had supplied cupcakes with penis decorations for a private birthday party at a sporting club in a wealthy Cairo neighbourhood.

During the party, attendees shared photos of the cupcakes with members of the Gezira club as well as on social media, and state media reported that security forces managed to identify the baker after taking statements from eyewitnesses.

Soheir El Attar—a 74-year-old professor at Cairo University who attended the party—told El-Watan News that guests were surprised by the phallic treats. He added that he wondered if the cupcakes were meant for a hen do and had been served at the birthday party by mistake.

A member of the Gezira club familiar with the incident told The Independent: “Nobody complained at the time. Then they [the authorities] got a hold of the picture, and it blew up in their faces.”

Egypt’s minister for youth and sports, Dr Ashraf Sobhy, who oversees clubs such as Gezira, got involved in the case, and announced that his department would form a committee to investigate the incident and punish alleged perpetrators. Yes, all this for a few penis-adorned cupcakes…

Just last week, two female TikTok influencers who served jail terms last year for “violating family values” and harming public morals were acquitted. The women had initially been sentenced to two years in prison. Why? One of them, Haneen Hossam, had posted a video on TikTok telling her 1.3 million subscribers that girls could work with her for money. She was accused of “inciting debauchery”, “attacking public morals” and “human trafficking.”

Meanwhile, Mawada al-Adham who had about 2 million Instagram followers was also arrested in May 2020 after publishing satirical videos. The two women are among a dozen influencers arrested in 2020 for “breaching public morals” in Egypt.

In June 2020, an Egyptian court sentenced the belly dancer Sama al-Masry to three years over “inciting debauchery” on social media after posting a TikTok dance video. In 2018, a female singer was detained on the same charge after an online video clip of her dancing went viral. The previous year, a female pop singer was sentenced to two years in prison on similar charges, also over a video deemed provocative. Her sentence was reduced to a year on appeal.

The baker was interrogated by the same misdemeanour court that recently tried the Egyptian actor Rania Youssef on charges of “contempt of Islam and infringing Egyptian family values” after she wore a ‘revealing’ dress while attending the closing ceremony of a film festival in Cairo.

Many Egyptian tabloids published pictures of the cupcakes with the ‘offending decorations’ blurred out. According to The Guardian, Egypt’s largest state-owned newspaper, Al Ahram, described the confections as “indecent and immoral shapes.”

The newspaper Al Masry Al Youm reported that the pastry chef was in tears when she arrived at a prosecution office in Cairo. According to the paper, she told interrogators that patrons of the club “came to my shop and handed me pictures of genitals, and asked me for cakes in these forms.” After questioning by prosecutors, the woman was released on a bail of 5,000 EGP (£233).

Many who had been following the story on social media went on to criticise Egypt’s slow response to arrest sexual harassers, rapists and abusers compared to measures being taken against women. Since taking power in 2014, Egyptian President Abdel Fattah el-Sisi has passed a number of laws tightening government control of the internet.

One piece of legislation strengthened the government’s ability to target social media as part of continued efforts to crack down on dissent, including categorising social media accounts with more than 5,000 followers as public websites and therefore ‘worthy of surveillance’.