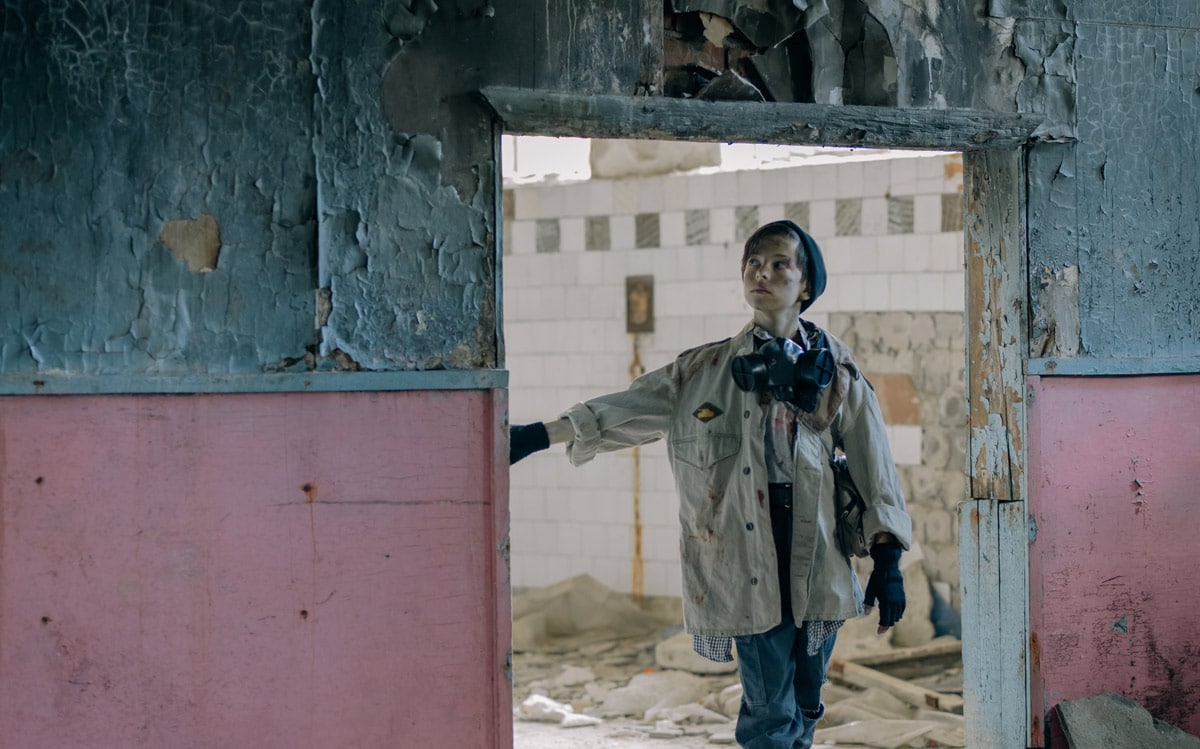 MIT predicted in 1972 that society will collapse this century. Spoiler: we’re on schedule

A quick glance at the news of the day will have most definitely made you go, “Oh, we’re doomed” at some point. Now imagine having to scour the internet for news every morning at least, if not many times a day. With some of the most recent events that have been happening worldwide, you can understand why people might think the end of the world is near. And as it turns out, they might be onto something.

In 1972, a team of MIT scientists got together to study the risks of civilisational collapse. Their system dynamics model published by the Club of Rome identified impending ‘limits to growth’ (LtG) that meant industrial civilisation was on track to collapse sometime within the 21st century, due to overexploitation of planetary resources.

At the time, the analysis generated heated debate, and was widely criticised by experts who misrepresented its findings and methods. But the analysis has now received vindication from a study written by a senior director at professional services giant KPMG, one of the largest accounting firms in the world as measured by global revenue.

As the world looks forward to a rebound in economic growth following the COVID-19 pandemic, the research, which was originally published in the Yale Journal of Industrial Ecology in November 2020 and is now available on the KPMG website, raises urgent questions about the risks of attempting to simply return to the pre-pandemic ‘normal’.

“It concludes that the current business-as-usual trajectory of global civilization is heading toward the terminal decline of economic growth within the coming decade—and at worst, could trigger societal collapse by around 2040,” reports VICE.

This new study is the first time a top analyst working within a mainstream global corporate entity has taken the ‘limits to growth’ model seriously. Its author, Gaya Herrington, is Sustainability and Dynamic System Analysis Lead at KPMG in the US. However, she decided to undertake the research as a personal project to understand how well the MIT model stood the test of time.

Herrington performed the research as an extension of her Master’s thesis at Harvard University in her capacity as an advisor to the Club of Rome. However, she is quoted explaining her project on the KPMG website as follows: “Given the unappealing prospect of collapse, I was curious to see which scenarios were aligning most closely with empirical data today. After all, the book that featured this world model was a bestseller in the 70s, and by now we’d have several decades of empirical data which would make a comparison meaningful. But to my surprise, I could not find recent attempts for this. So I decided to do it myself.”

Titled ‘Update to limits to growth: Comparing the World3 model with empirical data’, the study attempts to assess how MIT’s ‘World3’ model stacks up against new empirical data. Previous studies that attempted to do this found that the model’s worst-case scenarios accurately reflected real-world developments. However, the last study of this nature was completed in 2014. So, what do we know about how the study’s findings apply to 2021?

Both scenarios show a halt in growth within a decade or so from now, the study concludes. In other words, continuing business as usual, “that is, pursuing continuous growth, is not possible,” she explained. “Even when paired with unprecedented technological development and adoption, business as usual as modelled by LtG would inevitably lead to declines in industrial capital, agricultural output, and welfare levels within this century.”

Although these new findings do not mean that humanity will cease to exist, they reveal that economic and industrial growth will stop, and then decline, which will hurt food production and standards of living. “In terms of timing, the BAU2 scenario shows a steep decline to set in around 2040,” Herrington told VICE.

Unfortunately for us, the scenario which was the least closest fit to the latest empirical data happens to be the most optimistic pathway known as ‘SW’ (stabilised world), in which civilisation follows a sustainable path and experiences the smallest declines in economic growth—based on a combination of technological innovation and widespread investment in public health and education.

The study further finds that technological progress and increased investments in public services could not just avoid the risk of collapse, but lead to a new stable and prosperous civilisation operating safely within planetary boundaries. But it’s crucial to highlight that we really have only the next decade to change course.

“A sustainable and inclusive future is still possible,” concluded Herrington. So what are we waiting for? 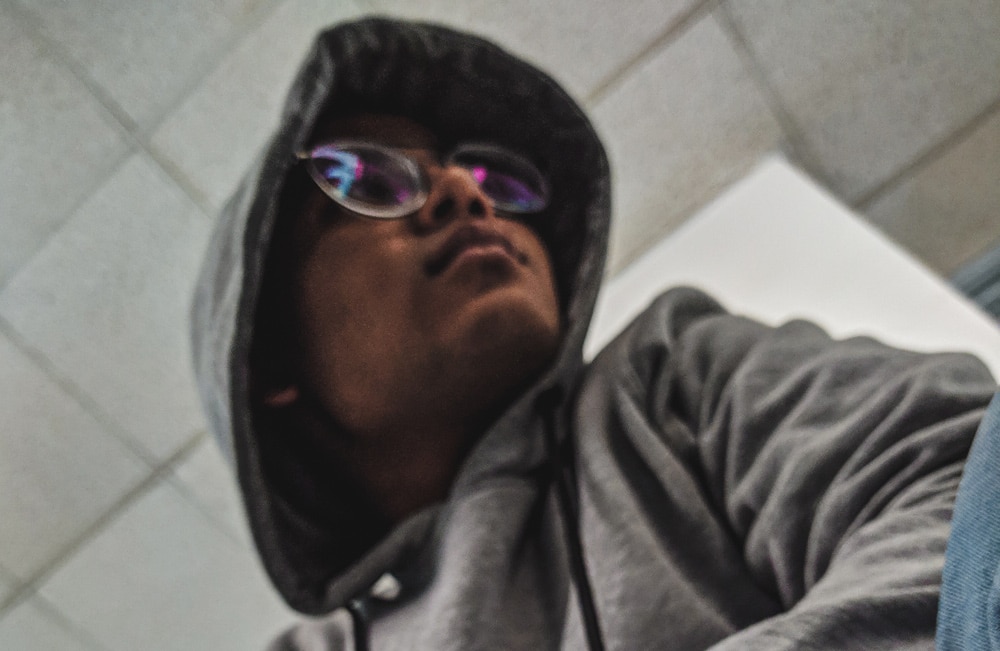 For a few years now, many have described the generation Z as sensitive, lazy and addicted to social media. While some of it is most definitely true, we’ve recently started seeing gen Z as the one that will change things. Now, as the Black Lives Matter movement carries on protesting in the US as well as in the rest of the world, we wonder if gen Z could actually be the generation that tackles systemic racism.

To answer this, we asked the gen Z live platform Yubo to share a few of our questions with its users. The poll was conducted between 9 June and 15 June and had Yubo survey over 13,000 people aged 13 to 25 years old in the UK. This allowed Screen Shot to get gen Zers’ opinion on the movement of protest that followed George Floyd’s murder in the US.

From the poll’s results, 7 statistics stood out as clear signs that gen Z could well be the generation of change.

In the UK, 4 out of 5 gen Zers believe that black people are treated differently

In order to achieve any kind of change, we need to accept that there is something wrong in the first place. That’s why we asked Yubo’s gen Zers residing in the UK whether they felt like black people were treated differently than white people. In other words, we wanted to see if they could admit the existence of white privilege.

In response, 4 out of 5 gen Zers said they believe that black people are treated differently, compared to only 2 out of 3 of their parents sharing the same belief. For many, denying white privilege comes from misunderstanding the concept.

Not fully grasping how society privileges white individuals has led many to believe that black people who have suffered from police brutality somehow deserved the blame. In comparison, the new generation has been helped by social media and the internet in understanding where white privilege comes from and how exactly it benefits certain people.

In the UK, 4 out of 5 gen Zers believe that peaceful protests are necessary to facilitate change

While certain news outlets have made it their mission to depict the many protests that followed George Floyd’s murder as violent, many protesters have testified against these statements. We’ve discovered that, in the UK, 4 out of 5 gen Zers believe that peaceful protests are necessary to facilitate change, confirming that most new gens intend to protest peacefully and not violently. Half of their parents hold the same belief.

Despite 4 out of 5 gen Zers Brits never attending a protest, over half would be willing to be arrested for attending a peaceful protest

With the current movement still going strong, we’ve seen the protesters’ resilience and willingness to sacrifice their time and energy in a cause that is more than worth it. Despite the risk of getting arrested by the police, new gens have admitted they would be prepared to take that risk in order to make their voice heard.

While previous generations have been quick to point the finger at the US, as we’ve seen Newsnight’s Emily Maitlis do last week in an interview with George the Poet, gen Z is also calling out the UK and other countries as being responsible for systemic racism, too. Ignoring the UK’s denial of its own racism is as disingenuous as ignoring the US’ police brutality and racism, and doing so only further perpetuates white privilege in the UK.

These statistics portray gen Zers as strong protesters who are aware of systemic issues as well as willing to take action. But admitting and fighting these don’t come without its toll on new gen’s mental and physical wellbeing.

In the UK, 3 out of 4 gen Zers are concerned about health issues at the protests

In the midst of the COVID-19 pandemic, the fight against racism and injustice couldn’t wait. While staying home as much as possible is still strongly recommended by governments, protesters have had to make do with their best tool in order to make their voices heard: protesting.

Just yesterday, police officers in London urged Priti Patel to impose an emergency ban on all protests during the coronavirus pandemic, warning officers were being put at risk by a wave of mass demonstrations. Although wearing masks, gloves, and keeping a two meters distance from other protesters are the best ways to avoid risk of getting COVID-19, many protesters are still concerned about their health. The situation, however, has not discouraged the Black Lives Matter movement from fighting back.

Protesting has never been easy. But now, more than ever, with the constant flow of graphic and harmful content our brains receive through social media platforms, we find ourselves on edge frequently. This has had an impact on gen Z’s mental health. As an activist, looking after your mental health is a necessary step in the fight against systemic racism.

This statistic highlights how much more effort we need to make as a generation. Protests must carry on, yes, but we also need to provide more information to anyone that might feel the need to research how to take action. Only by doing so will we start tackling systemic racism.

These protests are made of passionate, non-violent young leaders fighting for a brighter future. Those who previously criticised the new generation for being too connected, too woke or even too sensitive will be compelled to reconsider their stance soon enough.