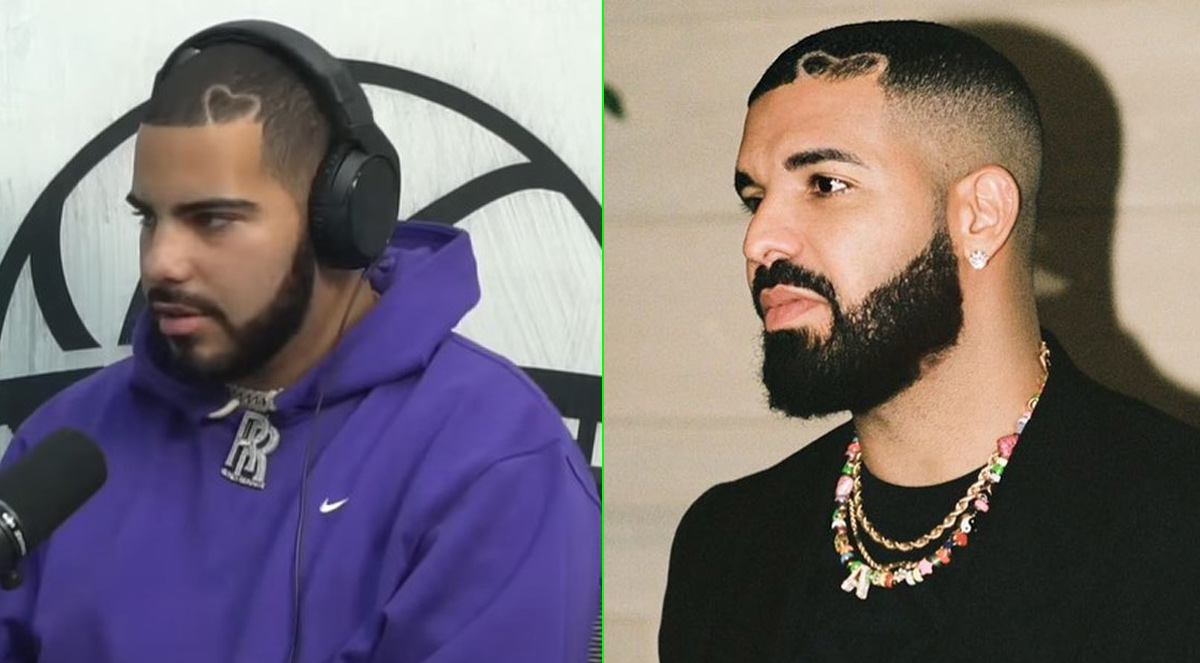 On 31 October 2021, DJ Akademiks uploaded clips of a Drake lookalike performing ‘Trophies’ and ‘Way 2 Sexy’ at a club in Miami. “Is Drizzy here really? Nah, you dizzy,” the man was heard announcing in the videos. “I’m a Toronto native. I blew up when I arrived here six days ago. I appeared in Tory Lanez’s narrative. We’re just getting rid of this crap because it’s all part of God’s plan, says the man.” He then went on to introduce himself as “Izzy” and admitted to be touring as the “Fake Drake.”

Appearing on the No Jumper podcast the following month, 22-year-old Izzy claimed that his doppelgänger hustle was making him $5,000 per show. “People DM me like, ‘Hey, you wanna come to my event because I can’t pay Drake—he’s too expensive. I’ll pay you $5,000.’ $5,000 just to show up. They pay my Airbnb, they pay the flight, they hook it all up.” he said.

At the time, Fake Drake claimed that someone in Las Vegas had informed the real rapper of his existence, but the latter was unbothered.

“He got in contact with Drake and Drake was just like, ‘It doesn’t bother me, it doesn’t affect me. Let the guy get his bag. It’s not affecting me’. If you think it’s gonna go wrong if you’re posting him on your [Instagram Stories] and everything, just keep the peace. He didn’t really give a fuck, you know? That was the whole thing.” Izzy explained during the podcast.

In an interview with Complex in May 2022, Fake Drake further admitted that he gets swarmed by people every time he steps out. “People be like, ‘Yo, can I get a video? Can I get a photo?’ It got to be really crazy. In Miami especially, I have to walk around with security,” he said.

But all of this was until he stepped up his impersonation game. On 18 June 2022, Izzy shared a clip of him FaceTiming with the real Drizzy. “Yo, that album was hard, bro. Congratulations on the drop,” Izzy was heard saying to Drake—referring to his latest studio album, Honestly, Nevermind. “It’s an OVO ting,” he continued, to which Drake replied, “Much love” and quickly hung up.

Two days later, several media outlets reported that Fake Drake was kicked out of a nightclub in Houston. After the clip went viral across social media platforms, eagle-eyed fans spotted how the real rapper had liked the video on Instagram. But things really went downhill for the lookalike when he challenged Drake to a $1 million boxing match set for 27 August.

If Izzy loses, he promised to stop impersonating the rapper forever. If he wins, however, he asked for a deal with Drake’s record label OVO aside from the winning amount.

Well, as it turns out, Izzy didn’t get the chance to hear back from his idol as he was banned from Instagram altogether. “Naaa… don’t tell me even Instagram was sick of it,” DJ Akademiks first broke the news on the platform. While some fans sympathised with Fake Drake and his hustle to ultimately “feed his family,” others sighed a breath of relief for the Canadian rapper. In fact, some even theorised how Fake Drake had started getting on the rapper’s nerves by citing his lyrics from ‘Fair Trade’ which read: “Imitation isn’t flattery, it’s just annoyin’ me.”