On Tuesday 29 November 2022, a bizarre image went viral on Reddit’s r/interestingasfuck. Featuring four of the official balls created by adidas for Qatar’s 2022 FIFA World Cup—called ‘Al Rihla’, translating to ‘the journey’ in Arabic—the photo showcased them being charged like smartphones with a USB cord plugged into an extended power outlet.

The sight left people scratching their heads, to say the least. Heck, it even went on to garner comments like “I’m getting old, I remember when we used to put air in those,” as other netizens equated the footballs to No Nut November with remarks including “Sorry babe, not now. Gotta charge my balls 😔”

As comical as the charging process looks, it turns out that Al Rihla’s debut on Sunday 20 November silently kicked off the most significant in-game uses of technology in sports history.

Over the years, FIFA has been introducing new technology like video assisted refereeing (VAR) and goal-line observation to give referees a helping hand. With Al Rihla on the pitch, however, the future of the sport’s officiation now lies within the footballs themselves.

As noted by FIFA, Al Rihla, the 14th successive ball created by adidas for the World Cup, travels faster in flight than any other in the tournament’s history. “Its bold, vibrant colour is inspired by Qatar’s culture, architecture, iconic boats, and flag,” the governing body wrote on its website. “It is designed to support peak game speeds and, furthermore, is manufactured with strictly water-based inks and glues for additional sustainability.”

Being a far cry from 1930, when both the final teams brought their own ball to play with, Al Rihla has taken things up a notch by containing a sensor that collects spatial positioning data in real-time—making the 2022 World Cup the first to deploy such a ball-tracking mechanism.

Featuring connected ball technology, Al Rihla enhances the VAR system by providing data and information to match officials for making faster and more accurate decisions. More specifically, combined with player position data and the application of AI, it makes VAR and programs like offside reviews more streamlined than ever before.

“A new adidas Suspension System in the centre of the ball hosts and stabilises a 500Hz inertial measurement unit (IMU) motion sensor, which provides unprecedented insight into every element of the movement of the ball, while making this technology unnoticeable for players and not affecting its performance whatsoever,” adidas explained. Essentially, any time the ball is kicked, headed, thrown, or even so much as tapped, the system picks it up at 500 frames per second.

As noted by FiveThirtyEight, the software additionally generates 3D renderings of the spatial data, which will be overlaid onto TV broadcasts and in-stadium monitors to give fans a direct look at how each reviewed call was decided.

“This technology is the culmination of three years of dedicated research and testing by FIFA and our partner adidas to provide the best possible experience for the referees, teams, players, and fans,” Johannes Holzmüller, director of football technology and innovation at FIFA, said in a media release.

“We are confident that, with accurate live ball data, the connected ball technology will enable a new age of football analytics and fan experience,” Dr. Maximilian Schmidt, global sports lead at KINEXON, went on to mention.

As of today, connected ball technology continues to be deployed in every match and is expected to be used throughout the tournament. The data captured via Al Rihla and transmitted to officials is also owned and managed directly by FIFA. It’s also worth noting that the official match ball equipped with the said technology won’t be commercialised or available in retail.

When it comes to the viral image of Al Rihla being charged before a match, adidas has confirmed that “the sensor is powered by a rechargeable battery, which can be charged by induction.”

On these terms, several Redditors have wildly speculated how headlines in the future would read along the lines of: Balls Uncharged. Championship Match Postponed. “Someone has to make sure that the firmware does not start updating,” another user wrote. “You wouldn’t want [the ball] to freeze mid-air,” a second added jokingly.

Meanwhile, some netizens also questioned if Al Rihla’s software can be hacked to win matches. “Probably not ‘hack’. But it’s pretty easy to jam ultra-wideband (UWB) and I doubt they’re using anti-jamming tech,” a Redditor replied to these claims. “Some consumer smartphones have UWB transmitters in them now. Could even use several phones as they wouldn’t get taken away by security.”

That being said, it seems like the technology has already been involved in a high-profile decision. During Portugal’s clash with Uruguay on Monday 28 November, there appeared to be confusion when Portuguese forward Bruno Fernandes’ floating cross hit the back of the net with Cristiano Ronaldo leaping into the penalty area in an attempt to make contact with the ball.

While Ronaldo celebrated—suggesting he had scored his ninth goal at a World Cup finals—adidas confirmed that readings from Al Rihla’s IMU sensor indicated he had not actually touched the ball, but had merely distracted the goalkeeper.

“In the match between Portugal and Uruguay, using the connected ball technology housed in adidas’ Al Rihla official match ball, we are able to definitively show no contact on the ball from Cristiano Ronaldo for the opening goal in the game,” adidas said in a statement. “No external force on the ball could be measured as shown by the lack of ‘heartbeat’ in our measurements and in the attached graphic. The 500Hz IMU sensor inside the ball allows us to be highly accurate in our analysis.” 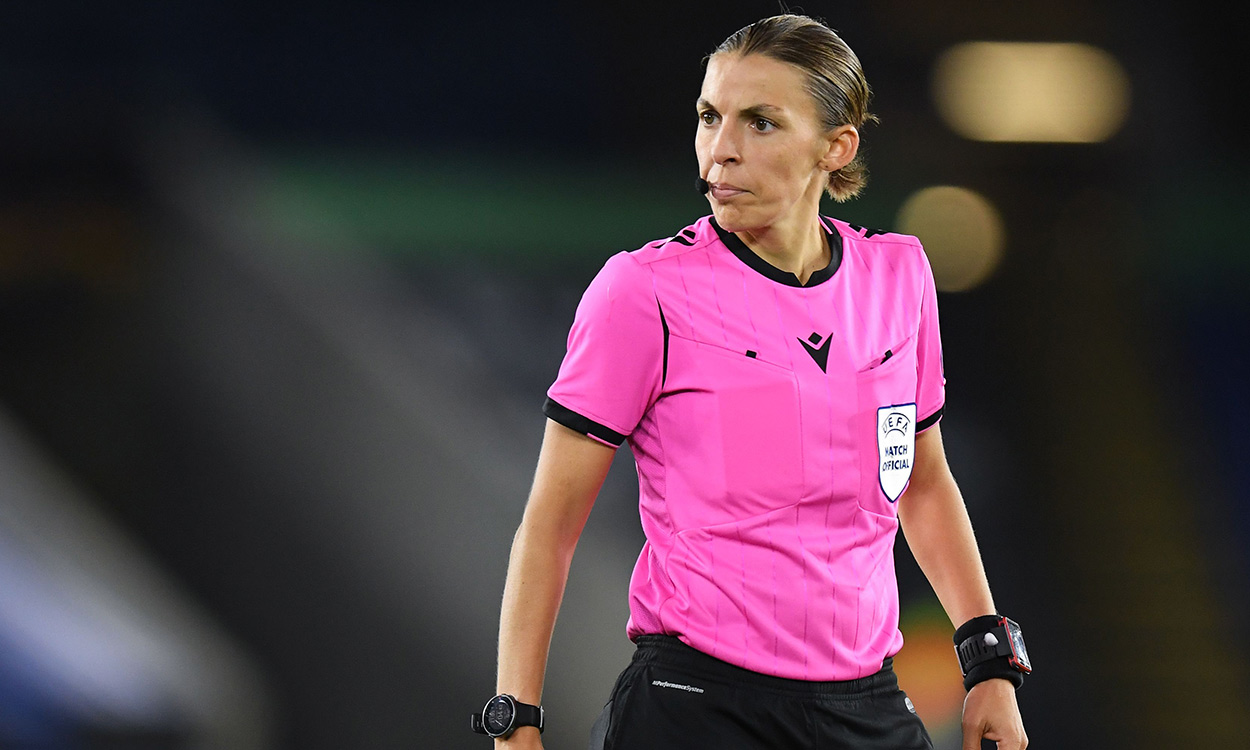