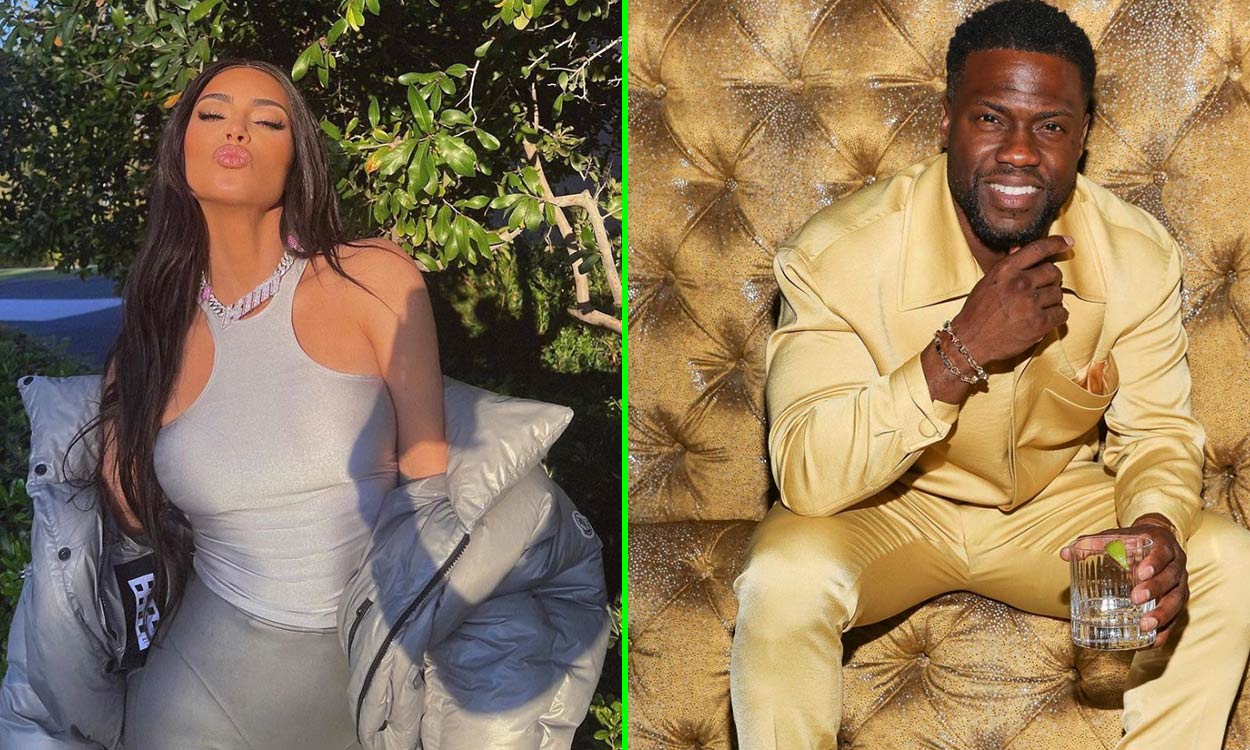 Some of Hollywood’s biggest celebrities have been named and shamed in a new report looking at water waste in one of Los Angeles’ most exclusive neighbourhoods. Among the stars listed are Kim and Kourtney Kardashian, Sylvester Stallone and Kevin Hart—who all live in the star-studded Calabasas and Hidden Hills areas just outside the ‘City of Angels’.

The four A-listers mentioned above are among more than 2,000 customers who have been issued “notices of exceedance” by the Las Virgenes Municipal Water District. And according to The Los Angeles Times, this means that those who have been served with such notices have used more than 150 per cent of their monthly water budget at least four times since the agency declared a drought emergency at the end of 2021.

“Customers are expected to adhere to the water use reductions and water conservation measures that are in place due to this emergency,” the notices reportedly read.

And it doesn’t look like the water utility company is willing to let them off the hook just because of their fame. Instead, the listed celebrities are now faced with the potential installation of restrictor devices that would help reduce and limit the flow of water that reaches their homes.

Consisting of nothing more than a small metal washer, the device will sit on the homeowners’ main shutoff valve and reduce water flow from around 30 gallons per minute to less than one gallon per minute.

Though such a change is not noticeable on a kitchen tap, it is said to choke water flow enough to weaken high-pressure showers and make outdoor lawn sprinkler systems become non-functional. Looks like the Kardashians won’t have greener lawns than others for much longer.

The Las Virgenes Municipal Water District—which provides potable water and wastewater treatment services to residents of Calabasas and Hidden Hills as well as Agoura Hills, Westlake Village and adjacent unincorporated areas of Los Angeles County including the Santa Monica Mountains and Chatsworth—serves about 75,000 residents in total.

The area has one of the highest water uses in the state of California, with customers taking an average of 205 gallons per person per day in 2021. To help put things in perspective, local authorities are currently aiming to reduce water usage to around 80 gallons per person per day. Meanwhile, outdoor watering is only allowed one day a week, for eight minutes per station on that day.

Documents obtained by The Los Angeles Times under the California Public Records Act showed that Stallone, who owns an $18 million Hidden Hills home with his wife Jennifer Flavin, used around 533 per cent of its water budget in June 2022, or around 230,000 excess gallons. This was up from 195,000 excess gallons in May.

The Rocky star was quick to get his lawyer, Marty Singer, on the case, who told the publication that the revealed data “mischaracterised and misrepresented the situation regarding the water usage at my client’s property.”

“They have more than 500 mature trees on the property, including innumerable fruit trees as well as pine trees. Absent adequate watering, in all likelihood they would die. That could result in dead or damaged trees falling on my client’s property or neighbouring properties,” Singer continued.

The lawyer also added that his client had ‘generously’ decided to let his grass die as a gesture, and had opted for a drip irrigation system in some parts of his garden.

Only a month ago, it was revealed that celebrities such as Kylie Jenner, Taylor Swift and Drake were taking their private jets for flights no longer than 20 minutes, leading many to label them as climate criminals. The fact that more famous people are now being named as some of the biggest water wasters in a state that constantly undergoes severe and extreme droughts is the cherry on the cake.