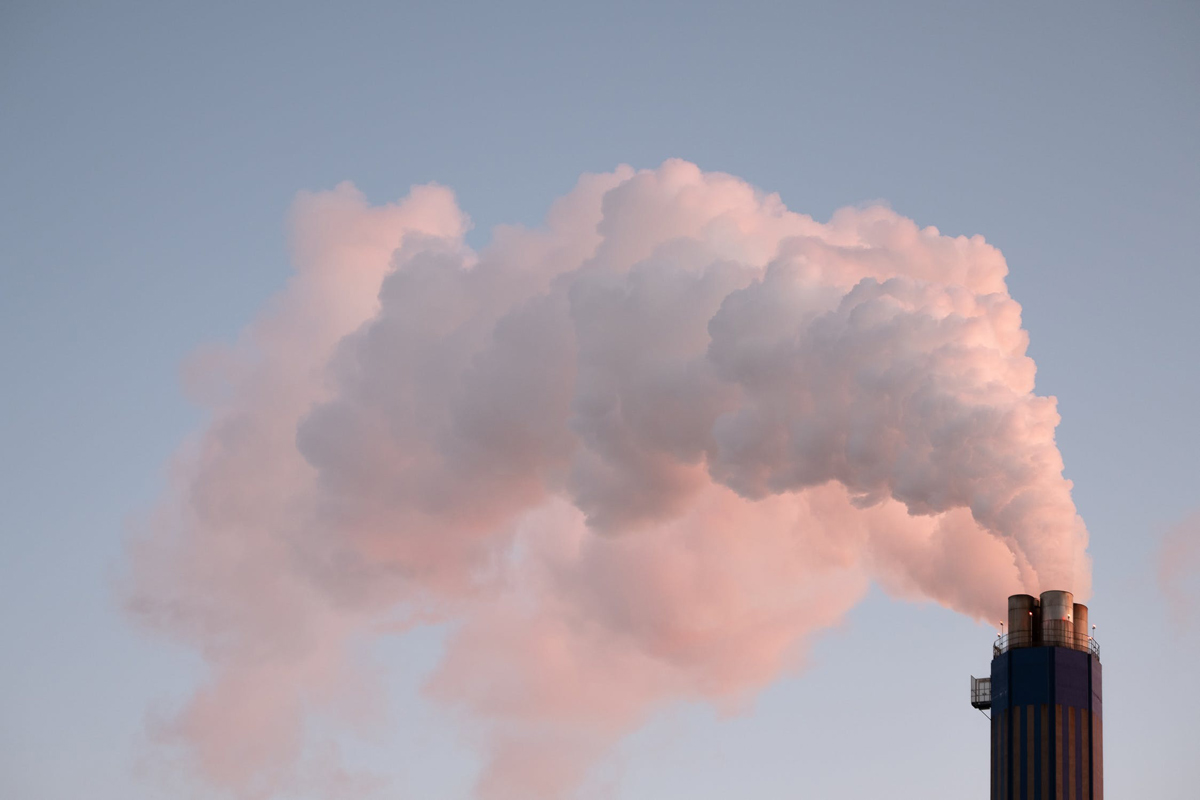 Iceland is tackling carbon emissions by recycling CO2 into stone

A new technology that captures carbon dioxide (CO2) from the air to turn it into stone could soon help the UK tackle its increasingly worrying air pollution problem. This is the latest bid to save us from our great foe, CO2.

So far, the technology has only been rolled out in Iceland—a country known for its lava fields and bursting hot springs. In the ever growing war on climate change, it is now building a terminal that will turn no less than three million tonnes of European pollution into stone every year with hopes to curb the growing threat of melting icebergs and cyclones circling our horizons. It seems like the doomer dream is rapidly becoming a reality. So, before you start to shout ‘The end is nigh!’ from the rooftops, let’s see what the deal is with putting CO2 in the ground for good.

Hellisheidi Power Station is at the epicentre of all this. Located in Southwest Iceland, it is the world’s third-largest geothermal plant. The carbon collection and storage system (CSS) is a partnership of two innovative technologies and a collaboration between a Swiss start-up called Climeworks—the brains behind the technology that sucks the CO2 from the air—and Iceland’s own Carbfix, the company which developed in less than two years a system that buries the gas in bedrock. This could mark yet another use of carbon dioxide in the innovative recycling experiments, alongside other creations developed internationally—like the creation of a concrete building material from CO2, as proposed by folks over in Tokyo.

Christoph Gebald and Jan Wurzbacher—the masterminds behind Zurich-based Climeworks—can be described as “young, motivated and maybe a bit naive” for their ambitious move back in 2009 to set up a company that aimed to capture carbon dioxide from the atmosphere, according to WIRED. The two mechanical engineers met while studying at ETH Zürich, and founded Climeworks after first-handedly witnessing the destruction of a beloved glacier at their favourite skiing destination in France.

So, how does the technology actually work? Well, Climeworks’ Orca—the world’s largest machine that facilitates direct air capture—launched in September 2021.  It essentially works by sucking air in through giant fans and fabric tubes. To filter out the bad and keep only the good, the air has to go through a chemical filter that selectively captures CO2 and separates it from other gases like nitrogen and oxygen, which are released back into the air. The filters then undergo heating, up to 100°C in order to break the relatively-weak chemical bonds between the amine and carbon dioxide, which then releases carbon dioxide and allows it to be captured and liquified—getting CO2 in its pure gas state.

Innovation head at Carbfix and astrophysicist Doctor Kari Helgason told The Independent that the process is “fairly difficult and energy-intensive.” “Only four of every 10,000 molecules in the atmosphere are CO2 molecules. [It’s like] if your kids spilt all of their Lego on the floor, and you’re looking for four particular Lego chips out of 10,000,” he added.

With high profile clienteles including Microsoft, Stripe, Shopify and Audi, now trying to offset some of their own carbon emissions through Climeworks—very late in the game guys, but a good thing nonetheless—the company is scaling up. But with the same scarring vision of the disappearing glacier in the back of their minds.

And here’s the best part, the system’s life-cycle emissions equal to around ten per cent of the total amount of carbon dioxide it captures. According to WIRED, for the company to capture one per cent of global CO2 emissions in a year, it would take roughly 750,000 of their units. Climeworks currently has 14 direct air capture facilities operating around the world. This particular scale would mean the cost of direct air capture would most likely fall from its current around $1,000 per tonne, and may even reach as low as $100 per tonne.

Now that we’re all up to speed on how Climeworks extracts the CO2, here’s how Carbfix plays into the entire process. The trickiest part about all of this isn’t getting the CO2, in fact, the difficulty lies in knowing what to do with it once you’ve managed to obtain it. The CO2 has to go somewhere, right? Well, that’s why the second half is so interesting. Once the CO2 is captured, Carbfix steps in and turns it into stone with the help of what the company describes as a “giant Sodastream machine.” The captured CO2 gas is put into small pods and mixed in with water to then be injected into a Basalt rock—a special rock type that accounts for 90 per cent of all volcanic rock on Earth, according to The Economist.

The rock is formed from the rapid cooling of low-viscosity lava which is rich in magnesium and iron, exposed at or very near the surface of a rocky planet or the Moon—containing elements necessary for the mineralisation process to take place. The geology that best suits underground storage for this is widespread in the area the plant itself is located in.The energy required is thereby sourced from a nearby geothermal plant—all renewable, obviously.

We’ve had countless prominent people, like Bill Gates, tell us the spine-chilling fate our poor Earth is already looking at because of climate change. Most of us are probably scared to our wits end with the floods of changes our environment is witnessing, reinforcing the prospect that it might not be here for as long as we hope. The year of COVID-19 hasn’t helped our cases either, with the pandemic changing the course of our resources forever. New tech has seen innovations like toilet-trained cows and caffeinated bumblebees to using algae to chip away the beer industry’s carbon footprint—you name it, it’ll probably be a tool to defend us from the impending doom of our planet.

The project is fairly recent and operating on a very small scale, for now, Orca is still able to suck up as much as 4,000 tonnes of CO2 a year. When looking at the bigger picture, this only represents the smallest fraction of global emissions which racked up a total of 31.5 billion tonnes in 2020. Carbfix currently gets the majority of the CO2 necessary for this process from the nearby plant which creates the gas in small amounts while also generating power.

Despite its drawbacks—like the very high cost of Orca, and opposing concerns about countries starting to slack by perceiving this new technology as a “quick fix” to climate control, this teeny-tiny dent in the work against emissions has the potential of hitting the brakes on the rapid emissions in the UK.

Speaking to The Independent, Carbfix’s CEO, Doctor Edda Sif Aradottir shut down the naysayers adamantly by explaining the benefits of this new system, “We are simply running out of time […] We don’t see implementing our technology in such a way that coal-fired power plants in Europe, for example, will extend their lifetime. We want to focus on industries that are hard to abate [decarbonise] where this could be the only solution.”

Although the snoozed alarms of the current mess we are in have sparked some unsavoury measures to protect ourselves—such as the authorisation of unnecessary military vehicles for police in the US—the advent of this latest technology is a small stepping stone, but a rather important one if we even have the slightest chance of limiting the temperature rise to 1.5°C above pre-industrial levels. 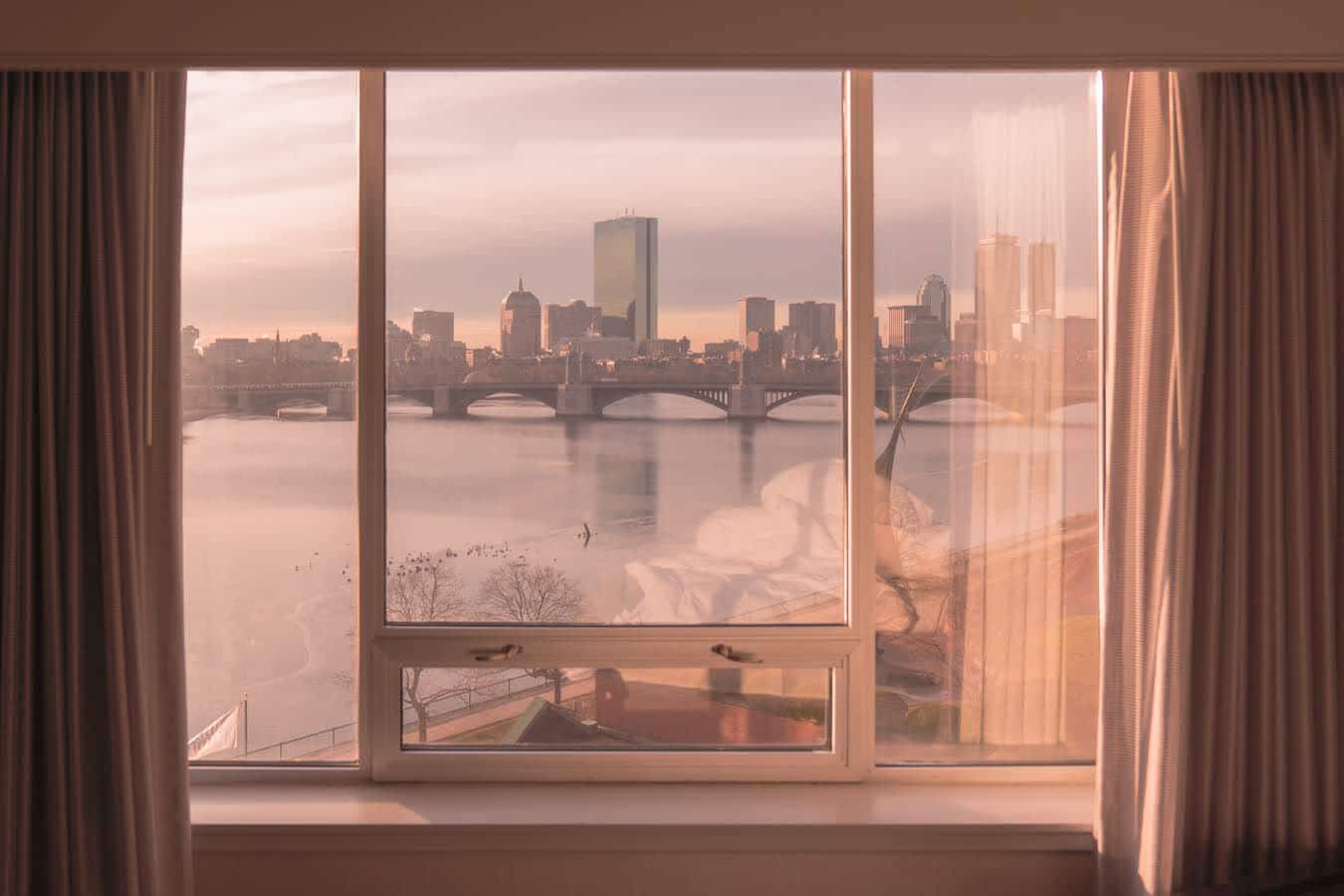 As a zero carbon emitting future seems to be the only option available to us if we intend to reverse the damages of climate change (and the looming end of the world), an international competition for innovative carbon-free urban projects has been making headlines for the forward looking and inspirational proposals that have been submitted by its competitors.

With buildings being responsible for around the 40 percent of the carbon emissions present in our urban environments, the design of sustainable and less consuming dwellings is a solid and long long-term solution, and certainly a priority in the save-the-world-from-climate-change to-do list. As cities grow bigger, it goes without saying that it is precisely from the city that we need to start rethinking the ways we build and live in urban spaces. It is from this urgency that the Reinventing Cities competition has been calling for carbon-neutral urban and architectural projects to regenerate vacant or abandoned sites in several cities around the world.

Mostly depicted with the usual perfect rendering of happy digital citizens, the submitted proposals had to demonstrate sustainability (of course), and most importantly resilience, in an attempt to negate the urban ethos of ‘bulldoze and rebuild’  that has been trending in the last decades.

Reinventing Cities was founded by the C40 Cities Climate Leadership Group, a network of mayors from all over the world as well local governments keen to find solutions to climate change by focusing on cities, and with the support of Climate KIC and ofo (the Chinese bike sharing company). The competition operates on the basis of ‘think global, act local’, while promoting a successful alliance between public and private institutions when it comes to solving urgent issues such, like the ever looming climate crisis.

For the second edition of Reinventing Cities, the competition’s board have marked underutilised spaces in 14 cities, among which are Chicago, Madrid, Milan, Oslo, and Reykjavík. Car parks, unused buildings, old mansions, abandoned markets, an airport site, and a former landfill were part of the 31 sites included in the list of spaces to be redeveloped by the competing teams. Alongside architects and developers, the participants included local community groups, environmentalist, and artists to make sure that the creative processes included a balanced variety of skills to inform thought-provoking ideas.

Among the winning projects, whose prize is to be able to buy or lease each site, there is the plan for an ultra-efficient building in Chicago where inhabitants could grow food on the roof and process stormwater on site. At the Mercado Habitado II in Madrid, an unused market in the Spanish city would be renovated with recycled materials and produce its own power via solar panels applied on its roof and walls. Inside the market, the community would have access to local and organic products.

In-house renewable energy systems, urban farming, co-living, and co-working spaces are ubiquitous features in almost every project submitted. Some even included workshops about climate change and studios for startups and non-profit organisations to work on sustainability projects on site.

Not everything about Reinventing Cities is perfect though. Most of the selected cities reside within the western hemisphere, leaving behind the cities whose urban challenges and consequential solutions are systematically different from the ones addressed within the proposals. Moreover, the urban history of our cities has taught us that just because an urban plan is sustainable does not mean it respects the fragile social balance of the communities that reside within it.

Despite the competition’s shortcoming in being as global as it claims to be, and at times its rather privileged urban projects, the ideas generated through the competition are inspiring prototypes of what future cities could look like. If we decide to shift the usual market-driven attitude of urban development to one that prioritises regeneration over reconstruction, and communities’ well-being over profit, the cities of the future could really be places of hope. Utopic renderings aside, Reinventing Cities could be used as an open source platform for gathering sustainable urban models that could be replicated in today’s and tomorrow’s urban projects.