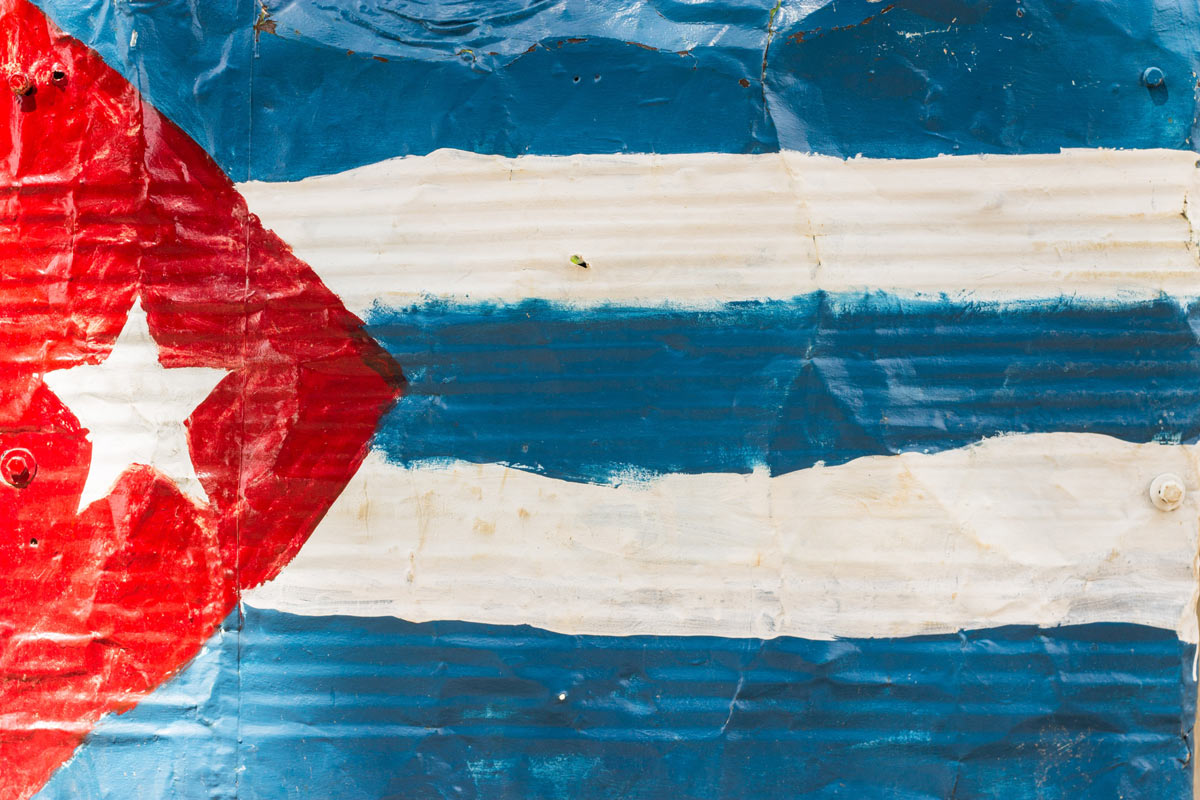 What’s happening in Cuba? From the US embargo to food shortages, here’s what you should know

Anti-government protests have erupted across Cuba over the past few days. They have been reported to have begun over the weekend in both Palma Soriano, a city in the east of the island, and in the western town of San Antonio de los Baños. News spread quickly and the numbers grew. The demonstrations are some of the country’s biggest anti-government sentiments seen in nearly three decades. The last major recorded rally of this magnitude was in 1994.

Cubans began to then hit the streets of Havana, Santiago and other major cities to challenge the country’s President Miguel Díaz-Canel—with many calling for his resignation. Díaz-Canel was first appointed as President in 2018 and recently took over Raúl Castro’s role as first secretary of the Communist Party. Raúl Castro, Fidel Castro’s brother, announced that he would be stepping down as the Communist Party leader in April of this year. This marked the end of Castro leadership in the country, which began in 1959. That’s 62 years.

Protesters took to the streets in what began as peaceful marches shouting “freedom,” “enough” and “unite.” Things went south as soon as the Cuban government responded, as it is thought that “at least 100 protesters, activists and independent journalists have been detained since Sunday,” Reuters reported. According to the news organisation, the United Nations (UN) has since been closely monitoring the demonstrations as it calls the Cuban government to respect the rights of peaceful protest and freedom of speech of its citizens. But let’s rewind a bit—what are the motivations behind the protests?

The BBC reported that the three main drivers behind these  protests appear to be the COVID-19 crisis, the crumbling economic situation (which has led to food and medical shortages), and the county’s newly introduced access to the internet. Let’s break these down:

One of the major contributing factors to the unrest that Cuba is facing is the coronavirus pandemic. The island has seen a huge rise in infection rates in recent weeks in comparison to much lower numbers throughout 2020. While the country has reported a current number of 6,750 cases and 31 deaths so far, demonstrators and opposition groups argue that these figures are a gross underestimate of the true statistics.

The effect of the pandemic has crippled Cuba’s tourism—the most important foreign income for the country. The economic disaster has led to reports of huge food and medical shortages across the country. The New York Times reports that “Cubans lucky enough to have foreign currency [USD in particular] wait in line for hours for staples like beans and rice.” Many of these people are still unsuccessful, often leaving supermarkets empty handed. Thousands are going hungry. In a video uploaded to Twitter, an elderly Cuban woman Sara Naranjo said, “I took to the streets because I’m tired of being hungry. I don’t have water, I don’t have anything. You get bored, you get tired, we are going crazy.”

The country’s recent access to the internet and social media platforms has been heralded as a tool that has united the protesters. Looking back on Cuba’s last big demonstration in 1994, the majority of the Cuban population were unaware it had even happened due to a lack of online communication. Now things have changed. The initial gathering that sparked the following protests in San Antonio de los Baños was broadcast on Facebook live. From there, news quickly spread.

Internet access on mobile phones is somewhat new for Cubans as it was first introduced in December 2018 under the presidency of Raúl Castro. Much like the Myanmar protests, social media has provided Cubans with a useful tool to share information, protest and unite. The #SOSCuba has now gone viral. In response, there are numerous reports of internet outages as President Díaz-Canel labels social media users as “enemies of revolution.”

While the Cuban President blamed social media for the protests, US President Joe Biden stated, “We stand with the Cuban people and their clarion call for freedom and relief from the tragic grip of the pandemic and from the decades of repression and economic suffering to which they have been subjected by Cuban’s authoritarian regime.” There is a cruel irony to this statement considering the fact that it was the US itself that contributed to the sabotage of Cuba’s economy.

While the protesters are not specifically targeting the US embargo, it is important to know the crippling effect it has had on Cuba.

The role of the US in Cuba

As more details surface, the demand to end the US embargo on Cuba is echoing across social media. The first sanction on Cuba took place in 1958 and continued for decades until the Obama administration attempted to pull back on some of these.

The Trump administration, however, not only reimposed those same sanctions but pummeled the island with over 200 new ones, which specifically aimed to destabilise the Cuban economy and stir vexation or discontentment. These still standing sanctions have not been rectified or even addressed by the Biden administration thus far. Some of them even prevent US businesses from trading with Cuba.

Zarah Sultana MP took to Twitter to write that “the US has waged an economic war on Cuba for nearly 60 years. Its blockade of the country is estimated to have cost Cuba [over] $753 billion.” Yes, billion. She continued stating, “If you care about Cuba, the key demand is for Washington to end its economic war on the country just as the UN has repeatedly demanded.”

On 23 June 2021, the UN General Assembly called on the US to end its embargo on Cuba for the 29th year in a row. The resolution was first approved in 1992 and has been in circulation ever since. With overwhelming support from the international community, 184 countries voted in favour of ending the US economic blockade on Cuba while the US and Israel voted against. Brazil, Colombia and Ukraine abstained from the vote.

Bruno Rodriguez Parrilla, Cuba’s Foreign Minister, who was present at the vote argued that the US embargo on Cuba has had dire effects on the country—making it incredibly hard to access and acquire equipment necessary for food production and the development of COVID-19 vaccines. He stated that “like the virus, the blockade asphyxiates and kills, it must stop.” 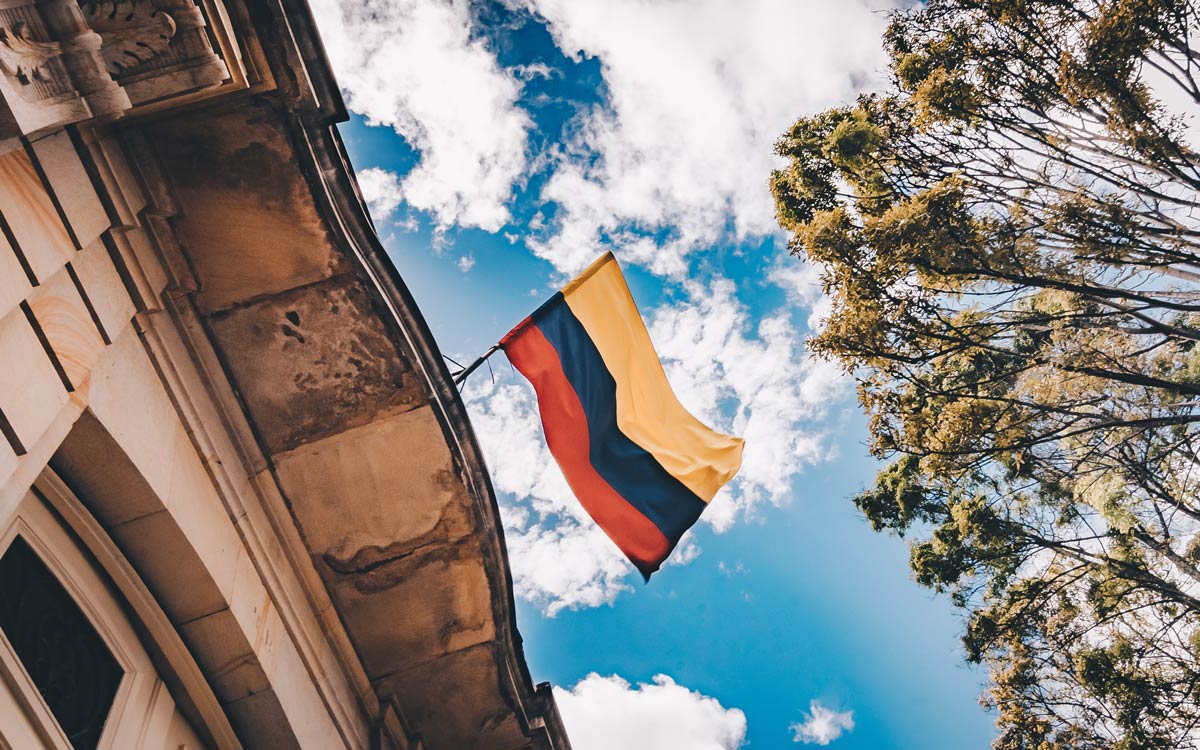 What’s happening in Colombia right now and why are people protesting?

At least 24 people, including a police officer, have died since the protests started in Colombia. The UN has urged the security forces to refrain from using firearms after it was alleged that the police were responsible for at least 11 of those deaths. More than 800 people have been injured in clashes between the police and demonstrators while more than 80 others are reported as missing.

Yesterday, Wednesday 6 May, Bogotá’s city officials said that 25 immediate response police commando posts (known as CAI for the initials in Spanish) had been attacked during the night. “CAI are small police stations which can be found dotted across neighbourhoods and often consist of little more than a room or two,” reports the BBC.

One CAI was set on fire with 15 officers inside, who managed to escape alive. There were also reports of police being shot and being attacked by people with knives. Yesterday, city officials said that the night of violence across Bogotá had left 30 civilians and 16 police officers injured. Incidents were also reported in other cities including Cali, where the clashes have been at their most violent.

Why are people protesting in Colombia?

The demonstrations, which started on 28 April, were initially in opposition to the tax reform that the government said was key to mitigating the country’s economic crisis. Although the country’s biggest trade unions initially organised the rallies, many middle-class people who feared the changes could see them slip into poverty joined them.

According to the BBC, “Almost half of the country’s population now lives in poverty, with inequalities exacerbated by the pandemic.” The new proposal would have lowered the threshold at which salaries are taxed, affecting anyone with a monthly income of 2.6 million pesos (which equals £493) or more.

On Sunday 2 May, President Iván Duque announced that he would withdraw the bill. However, that was too late to stop the protests, which have become a broad call for improvements to Colombia’s pension, health and education systems, as well as against what demonstrators say is excessive use of violence by the security forces.

Why is the situation worse in Cali?

Cali, the country’s third-largest city, has seen some of the most violent incidents since the beginning of the protests. Dozens of police, public and private buildings have been attacked. As a result, the commander of the army has been sent to the city to coordinate security efforts. On Monday 3 May, the UN reported that the “police opened fire on demonstrators.”

Kevin Reyes, a community leader, told BBC Mundo that “hooded police and military officers fired using semiautomatic weapons and rifles” during a demonstration. “There were children and mothers,” he added.

But other factors have contributed to the violent unrest in Cali. The city was already one of the most violent places in the country prior to the protests due to its location in a region that was ravaged by paramilitary groups and drug traffickers not so long ago.

What is the Colombian government planning on doing next?

So far, the government has been blaming the violence taking place in the country on the left-wing rebels known as the National Liberation Army (ELN) as well as the dissident factions of the FARC guerrilla group, which have allegedly not accepted the 2016 peace deal.

“The violence was systematic, premeditated and financed by criminal organisations,” Defence Minister Diego Molano said. As for the many accusations of police brutality, police officials say that in most cases, it was their officers who were attacked as they tried to prevent “criminal elements” from looting stores and torching buses.

As protests continue to unfold in the country, it should be noted that whatever the government says, it is not the first time that anti-government unrest has turned deadly in Colombia. Last September, at least seven people were killed in protests triggered by the deadly tasering of a man by police in Bogotá. These protests come at a time of economic despair for many, fueled by the health crisis. As the UN, US, EU and rights bodies all join to call for calm, will the Colombian government be able to stabilise its own country?