What were Wiley’s anti-semitic tweets about and how will he get punished? – Screen Shot
Deep Dives Level Up Newsletters Saved Articles Challenges 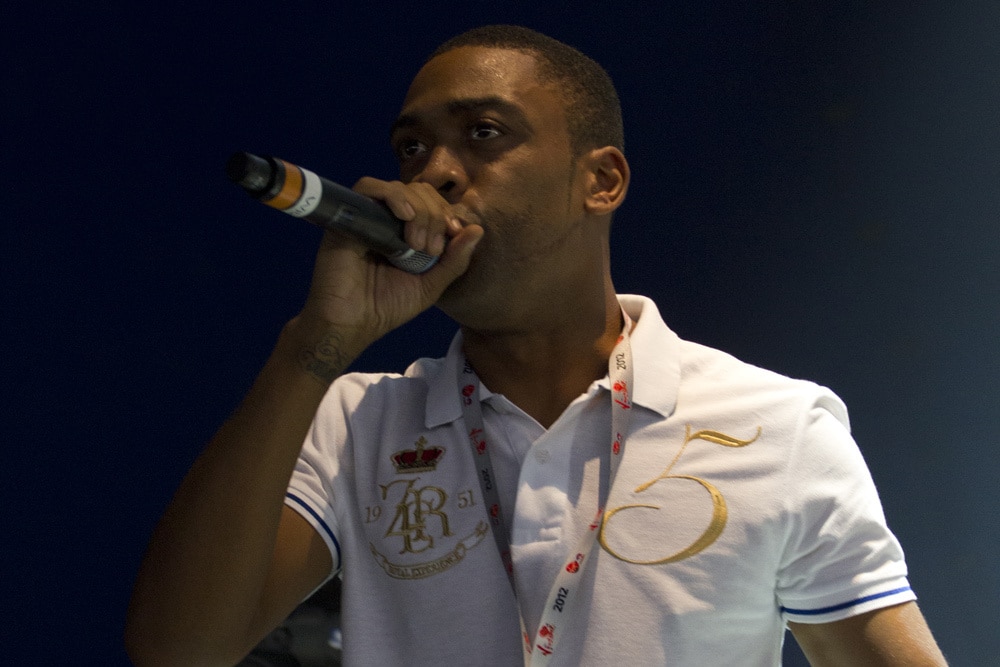 What were Wiley’s anti-semitic tweets about and how will he get punished?

On Friday, British grime artist Richard Cowie, mostly known as Wiley, made some truly shocking statements on both Twitter and Instagram. From anti-semitic tropes to false conspiracy theories about Jewish people, Wiley’s comments even compared them to the Ku Klux Klan. He is now facing hateful backlash, an investigation from the police and has been dropped by his management.

After posting these offensive messages about Jewish people on Friday and being temporarily banned by Twitter, the rapper continued his rant as soon as his account was unfrozen on Saturday. What did Wiley say exactly and how did Twitter and the rest of the world react?

What did Wiley say?

On Friday, the artist made many outrageous comments by amplifying common anti-semitic tropes and stereotypes as well as making an inflammatory comparison between the Jewish community and the Ku Klux Klan. Wiley tweeted that “There are 2 sets of people who nobody has really wanted to challenge #Jewish & #KKK but being in business for 20 years you start to understand why.”

Another of his reported tweets, which has now also been taken down read: “I don’t care about Hitler, I care about black people.” Wiley also claimed that he would challenge the whole Jewish community on his own, that he was not scared and could handle them. “Jewish would do anything to ruin a black man’s life but it won’t work with me I am a savage.”

Anti-semitism is a belief or behaviour, including prejudiced or stereotyped views, that is hostile towards Jews, just because they are Jewish.

Wiley’s rants had a huge amount of identitarianism too, which is a post-World War II European far-right political ideology asserting the right of Europeans and people of European descent to culture and territories claimed to belong exclusively to them.

Wiley was first banned from posting on Twitter for a few hours, but on Saturday morning he tweeted to his nearly 500,000 followers that he was “Back in action.” The social media giants were slow to take action against what was going on. The artist’s Twitter account has now been temporarily locked, while Instagram said it had deleted some of his content.

The pressure from people asking that the two platforms close his accounts permanently has been growing. Facebook, which owns Instagram, said in a statement: “There is no place for hate speech on Instagram. We have deleted content that violates our policies from this account and are continuing to investigate.”

Speaking about Twitter and Instagram’s way of dealing with Wiley’s hateful comments, Toni Vitale, partner and head of data protection at JMW Solicitors, said: “Twitter and Instagram have no liability themselves in the UK. In the UK, Electronic Commerce Regulation 19 says that an internet service ‘host’ is not liable for information on its platform, so long as the service it provides ‘consists of the storage of information provided by a recipient of the service’ — and it has no knowledge of unlawful activity and acts quickly to remove the offending information when informed.”

Vitale added that “Wiley is currently being investigated by the police under hate crime and malicious communications legislation. He may claim ‘freedom of speech’ and Article 10 of the European Convention on Human Rights does guarantee everyone’s right to freedom of expression. However, Article 17 states: ‘Nothing in this Convention may be interpreted as implying for any State, group or person any right to engage in any activity or perform any act aimed at the destruction of any of the rights and freedoms set forth herein or at their limitation to a greater extent than is provided for in the Convention.’ This means any public comment aimed at destroying or limiting, for instance, a person’s right to a private and family life, or their peaceful enjoyment of property, or their enjoyment of rights in a way discriminatory of them compared to others, is not protected.”

Wiley’s now ex-manager John Woolf confirmed that the Twitter account, which is not verified, belongs to the London-born rapper. In a tweet posted on Friday evening that is no longer visible, Woolf initially said he was “talking to him privately.” He also said that, having known Wiley for 12 years, he knows “he does not truly feel this way.” Woolf later tweeted that “Following Wiley’s antisemitic tweets today we at @A_ListMGMT have cut all ties with him. There is no place in society for antisemitism.”

Priti Patel, the UK’s home secretary, said on twitter that posts were anti-Semitic and “abhorrent”. “Social media companies must act much faster to remove such appalling hatred from their platforms,”

The Mayor of London, Sadiq Khan has also stepped up by writing a letter to the two companies saying that their response was not fast enough. “It takes minutes for content shared on your platform to reach an audience of millions. When someone influential shares hate speech, in that time it may have an impact on the views of many who look up to them.”

The pungency of racism is undoubtedly real, relevant, and recurring daily. History cannot be reversed, but it is our duty to make sure it does not repeat itself. Wiley has permanently tarnished not only his reputation and his career but his life. In the midst of the Black Lives Matter protests, we need to understand that fighting racism equals fighting against all kinds of hatred. 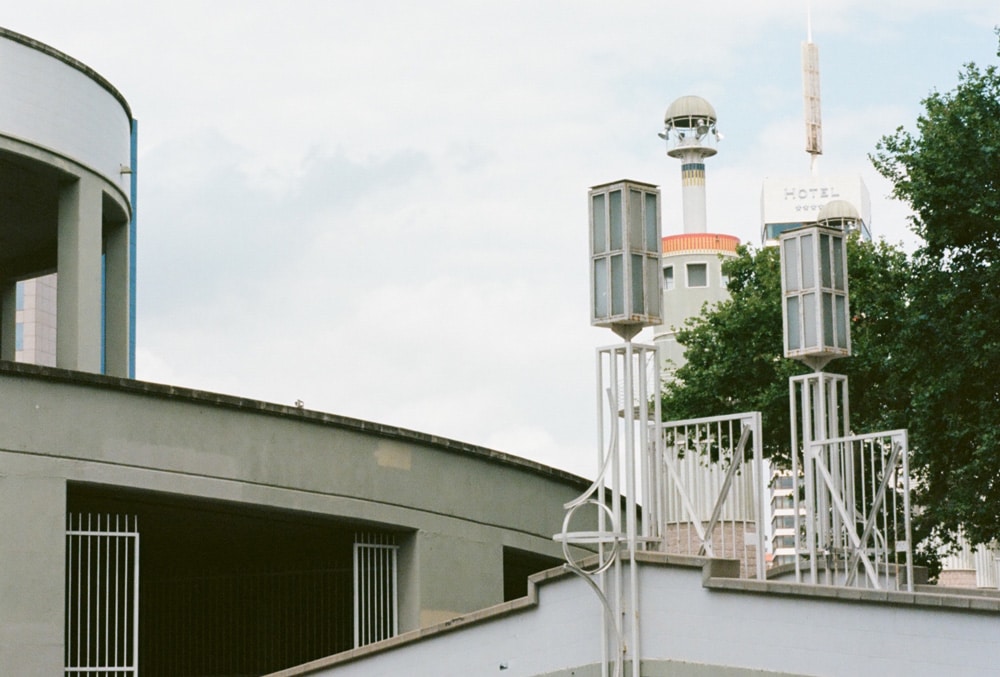 Germany’s military has a problem of far-right infiltration

On 3 July, The New York Times published a lengthy essay concerning Germany’s newly revealed far-right problem. Just as Germany had started slowly emerging from its COVID-19 lockdown in May, police commandos raided the house of a sergeant major in the country’s special forces called the Kommando Spezialkräfte (KSK), described as “the country’s most highly trained and secretive military unit.”

The sergeant major, also known as his nickname ‘Little Sheep’, was suspected of being a neo-Nazi. As it turned out, Germany’s military has more than one extremist who somehow infiltrated its ranks—this is a large scale problem. How did this happen, and how is the country’s government dealing with its high ranking soldiers pursuing far-right ideologies?

For years, politicians in Germany refused to even admit the possibility that the far-right was infiltrating its security services. When extremists were caught red-handed, the key term used in most occurrences was ‘individual cases’, which allowed political figures to brush the problem aside instead of facing and dealing with it. Individual cases meant that there wasn’t any network of fascist ideology behind. Meanwhile, guns, ammunition and explosives continued to disappear from military stockpiles with no real investigations following up on these cases.

Now that these disappearances have “multiplied alarmingly” as stated by The New York Times, Germany seems to finally be waking up. The nation’s top intelligence officials and senior military commanders are confronting an issue that has become so dangerous it would be stupid to ignore it.

In May, when commandos raided Little Sheep’s house, not only did they find, buried in his garden, stolen explosives, a detonator, a fuse, an AK-47, a silencer, two knives, a crossbow and thousands of rounds of ammunition, but they also ended up discovering a hidden stash which contained Nazi memorabilia such as an SS songbook and 14 editions of a magazine for former members of the Waffen SS. Suddenly, things felt very real, and very worrying.

The problem—although it had started appearing previously—only deepened with the emergence of the Alternative for Germany party (AfD) founded in 2013, which used the arrival of migrants in 2015 in Germany as a legitimation for the promotion of a far-right ideology.

Germany’s extremists appear to be concentrated in the KSK, the military unit supposed to be the most dedicated to the German state. Last week, Germany’s defence minister Annegret Kramp-Karrenbauer disbanded a fighting company in the KSK which was considered to be “infested with extremists.” Little Sheep was part of it. Kramp-Karrenbauer revealed that around 48,000 rounds of ammunition and 62 kilograms (about 137 pounds) of explosives had disappeared from the KSK altogether.

In response to this new information, which can lead most of us to imagine frightening dystopian outcomes, Germany’s military counterintelligence agency is now investigating more than 600 soldiers for far-right extremism, out of 184,000 in the military. Around 20 of them are in the KSK, a high percentage in comparison to other units.

For those of you who, like me, just finished binge-watching Hunters on Amazon Prime, neo-nazism making a resurgence in Germany, especially throughout its most valuable military unit, is straight-up blood-chilling. But if you thought that wasn’t worrying enough, German authorities seem to be concerned that the problem we’re looking at now may only be the tip of the iceberg.

After all, other security institutions have previously been infiltrated as well. “Over the past 13 months, far-right terrorists have assassinated a politician, attacked a synagogue and shot dead nine immigrants and German descendants of immigrants,” states The New York Times. Soldiers and police officers with ties to the far-right could actually be part of a much wider network, one that could become Germany’s biggest problem.

Day X, which is the term used by far-right members to describe the day when Germany’s democratic order will collapse, seems to be both a pretext for inciting hate and preparing for whatever is ‘next’. As more links between the German military forces and the far-right come out in the open, many remember the disgraced former KSK commander General Reinhard Günzel, who was dismissed after he wrote a letter in support of an anti-Semitic speech by a conservative lawmaker in 2003. Günzel went on to become a prominent ideologue of the New Right.

As Black Lives Matter protesters carry on fighting against systemic racism around the world, Germany’s problem looks like another overwhelming and deeply-rooted obstacle that will take time to overcome. The violence conducted by extremists against minorities and immigrants and the rapid political rise of the AfD appear to be just two of the many issues faced by Germany, making the country more vulnerable to far-right threats than other European countries. Is Germany’s post-war wariness already a thing of the past?