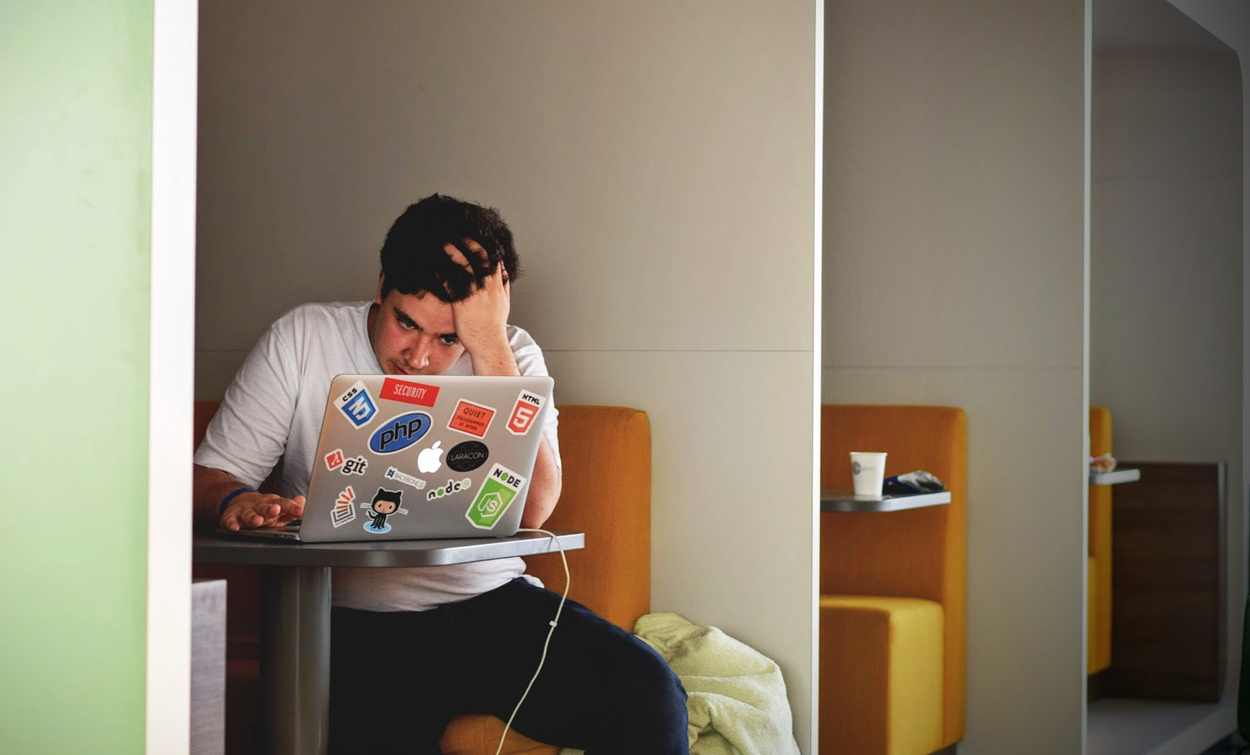 When cryptocurrency company FTX was founded in 2019, it quickly shot to international prominence through a series of high-profile acquisitions, celebrity endorsements, and low trading fees. Come 11 November 2022 however, the once-third largest cryptocurrency exchange in the world filed for Chapter 11 bankruptcy. On 12 December, Bahamian authorities then arrested wunderkind and former CEO Sam Bankman-Fried, who is now set to be extradited to the US—where he faces eight criminal charges including wire fraud and conspiracy to defraud investors.

Once valued at $32 billion, the downfall of FTX proved catastrophic for the crypto industry as it dropped the volatile market below $1 trillion in early November. Both investors and customers alike lost billions, and the company’s fall from grace is predicted to affect crypto well into the future—with the potential of even dragging down broader markets.

FTX’s collapse and the “artificially induced” comeback of Bitcoin

As one of the world’s largest cryptocurrency exchanges, FTX essentially provided a platform where people could buy and sell digital assets like Bitcoin, Dogecoin, and Ethereum for other digital currencies or traditional money, and vice versa. As noted by NBC News, such platforms rose in popularity over the recent years as more people looked to invest in cryptocurrencies without the hassle of dealing with the technical side of such transactions, like setting up a crypto wallet.

As a result, those who were unfamiliar with the technology were lured to FTX with the promise that they could park their money in accounts and earn much higher yields than at traditional banks.

Shortly after Bankman-Fried launched the company, crypto began to boom. “The price of Bitcoin, which had traded at around $10,000, shot up in 2021, peaking at more than $64,000,” NBC News reported. “Venture capital money flooded into all things blockchain and crypto, and crypto platforms moved to attract customers beyond the technologists and blockchain evangelists that once fueled its rise.”

However, the price of Bitcoin—which is generally seen as an indicator of the broader crypto market—declined drastically from its late 2021 pedestal, and other token values followed suit. While the decline forced a number of major platforms to shut down, FTX somehow seemed immune. At the time, the company was hailed as the next big thing in tech… until the balance sheet of crypto investing firm Alameda Research, which was also owned by Bankman-Fried, was made public.

The leaked report showed that Alameda Research was using FTX customer funds as a “personal piggy bank” for trades and leveraging the exchange’s native token FTT as collateral. The company’s rival platform Binance then announced that it would sell off all its FTT tokens “due to recent revelations”—in turn, setting the stage for FTX’s collapse days later.

As FTT plummeted, many FTX customers moved to withdraw their assets from the platform. Since 8 November, the price of the token has dropped by more than 90 per cent. Meanwhile, the price of Bitcoin and Ethereum plummeted about 19 and 24 per cent respectively. In a matter of days, FTX went down like a house of cards, leaving users unable to withdraw funds and triggering a broader crash of the crypto market that made countless people around the world lose their money.

“Another day, another Bitcoin doomsayer”

Following the collapse of FTX, on Wednesday 30 November 2022, Bitcoin surprisingly topped $17,000—marking a two-week high for the world’s largest digital currency. But according to the European Central Bank (ECB), Bitcoin’s recent price stabilisation is likely an “artificially induced last gasp before the road to irrelevance.”

In a blog post titled Bitcoin’s last stand, the ECB noted that the currency’s peak value of nearly $70,000 occurred only a year ago in November 2021, yet by June 2022 it had fallen dramatically to less than a third of that. “For Bitcoin proponents, the seeming stabilisation signals a breather on the way to new heights. More likely, however, it is an artificially induced last gasp before the road to irrelevance—and this was already foreseeable before FTX went bust and sent the Bitcoin price to well below $16,000,” the report read.

Heck, even Vijay Ayyar, vice president of corporate development and international at crypto exchange Luno, himself warned that the bounce is likely just a short-term rebound and would not be sustained. “This is just a bearish retest,” he told CNBC.

“Bitcoin’s conceptual design and technological shortcomings make it questionable as a means of payment: real Bitcoin transactions are cumbersome, slow and expensive,” the ECB continued, adding that the currency has never been used to any significant extent for legal, real-world transactions. “Since Bitcoin appears to be neither suitable as a payment system nor as a form of investment, it should be treated as neither in regulatory terms and thus should not be legitimised.”

For cryptobros however, all of these claims translate to “another day, another Bitcoin doomsayer.” When news of the ECB’s statements first made its way onto Reddit, enthusiasts commented that this is exactly what “a centralised bank would want us to believe.”

“Banks [be] hating on Bitcoin since 2009,” a user wrote, while another added: “They hated it before it was cool to hate it.” While some users highlighted that China has been making such claims since 2016, others mentioned that centralised banks want them to believe that crypto is going nowhere. “However crypto is thriving and they see crypto as a threat to the traditional banking system,” one noted.

Elsewhere, the ECB’s claims reignited conversations about the amount of energy required to process Bitcoin transactions. “Crypto requires both a high amount of power to produce and a highly accessible network for liquidity and fungibility, especially given the volatility of the coins’ values,” one Redditor noted. “The speed of crypto is its own downfall—it tries to disrupt the active usage of centralised currency while being built and supported by the same money which it seeks to eliminate.”

“Decentralised currency might be the future, but not Bitcoin,” a Redditor added on these terms. Meanwhile, a second wrote: “Crypto is the wild-west of a phenomenon that has no other value than dictated by FOMO. Each and every time the line goes down there’s basically an outcry for compensation, insurance and/or regulation. It never was relevant.” 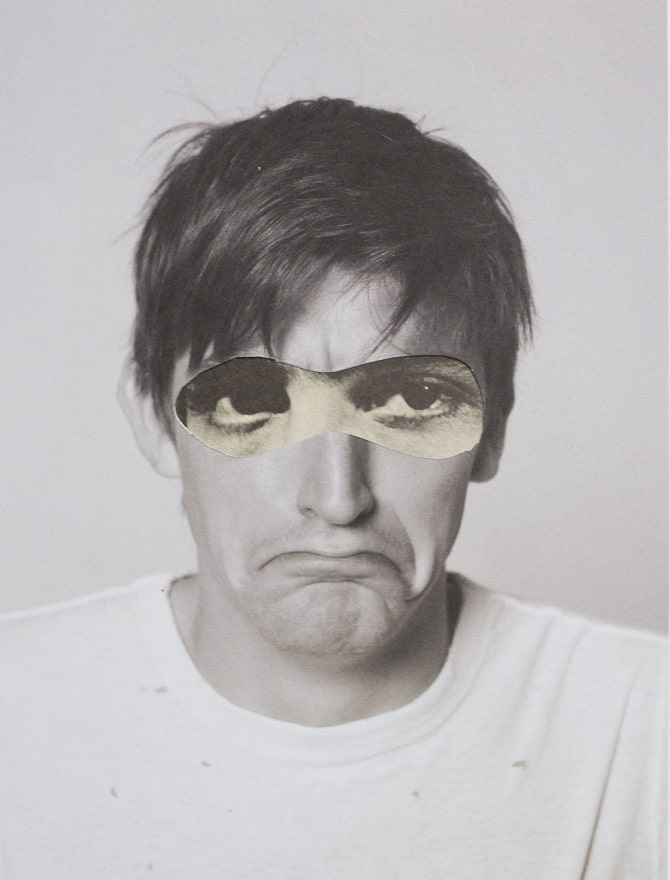 If you too, like me not long ago, found yourself opening crypto wallets and frantically checking the inflation rate of the coins every half hour, turns out that feeling was vastly more complex than simply FOMO of waking up quite literally a multi-millionaire. Much like many addictive aspects out there in our lives, cryptocurrency trading shares many of its traits with gambling and substance abuse. So much so, that in June of this year, Scotland became the first country in the world to open a rehabilitation centre for those battling with cryptocurrency trading addictions.

Yes sure, trading in stocks is also an addiction in its own right, but isn’t the dark side of crypto trading and its addictive byproduct essentially the clearest indicator there can be (a red flag in fact) that the currency is flaky as hell and more unstable than mining coins on a domestic router? The Scottish Castle CraigHospital’s new crypto-addiction department is unique and should not be overlooked for its significant forward thinking. But what should also be notable are the dangers of continuing to pump money into a coin—and a future economy—that is gravely unstable and unpredictable.

“Cryptocurrency users can get hooked by the volatile fluctuation of prices online which creates a ‘high’ when they buy or trade a winning currency” and “this can be exciting but also addictive and… financially disastrous,” said a representative from the clinic. The symptoms of crypto addiction are not dissimilar to those of gambling, from people risking their spare money to groceries funds, rent and mortgages. Yet one of the fundamental differences in regard to crypto addiction is that its success stories, like that friend of a friend who made millions in months or 50 Cent becoming an accidental Bitcoin millionaire, are heavily mediatised. As crypto coins gained immense traction twelve months ago, with Bitcoin reaching a figure of £12,000 per coin and Ethereum and others following in its footsteps, it seemed that everyone wanted to get their hands on it—heck even I went as far as opening a crypto wallet and started to dabble in a trade of a currency I essentially knew nothing about—and I’ve never so much as looked at a stock before.

The bottom line here is not so much a praise for the crypto rehab, nor that we need more, but that the speed with which the industry is excelling has left too many gaps in what we should perceive the currency to be and how it might be regulated. There are still advocates of crypto trading who do not believe an addiction to the trade exists and that, according to Manav Singhal, CEO of the blockchain startup Velix.ID, “Profits and losses are just a part of the trading, and it is no different than trading any other kinds of securities.” Adding that “There’re many reasons that make you trade cryptocurrencies frequently, given how fast things are changing in the industry.” And indeed that is true. But when an industry has boomed so quickly and to no limitation, without regulation (which granted is the great thing about crypto and yes I admit this opens up all sorts of questions to currency regulation), the most financially vulnerable are at very high risk of losing it all, including psychological wellbeing.

Even though Bitcoin is at an all-time low (it has been plummeting since its peak in December 2017 and is now at 68 percent of its then value), and the crypto economy having shed a total $500 billion according to CoinMarketCap, success stories in its trade still surround us—small and large. So as the haze of accidental or fluke crypto cash-ins fades; as the market value drops and as more and more people are being treated for serious addiction issues around it, it might be time to move away from the free-of-regulations dream that this currency promises and truly start to tackle the dangers it poses in real life.