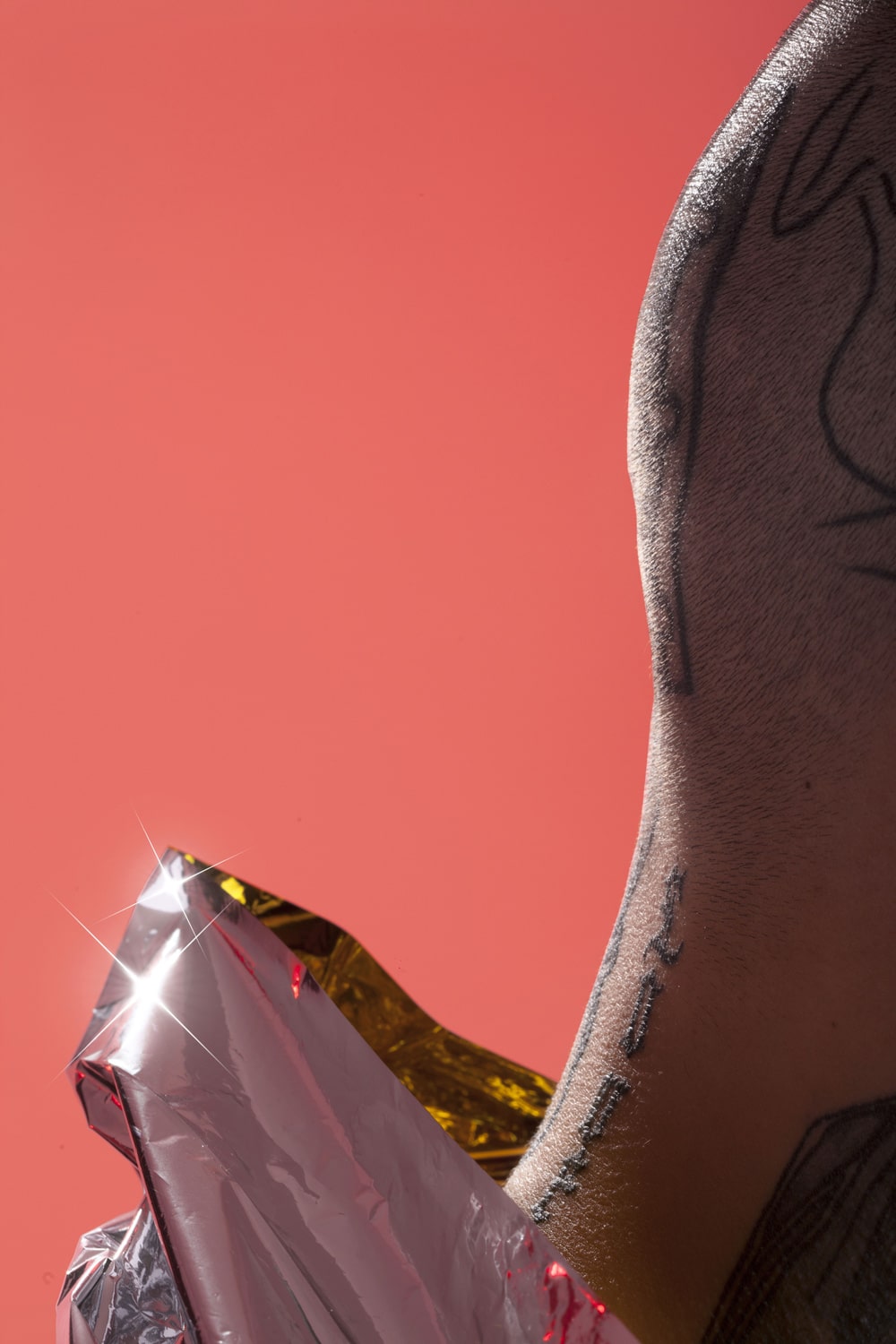 A year in review and some optimistic hope for 2019

A year in review and some optimistic hope for 2019

There is a sense in the air that 2018 concludes on a bitter note. It seems that people either replay in their minds the series of catastrophic and daunting incidents that blemished this year, or are rather in a state of complete denial—hoping that by squinting and blocking out the noise they could be siloed from the collective sense of anxiety. For days I’ve been wavering between the two mindsets, but found that neither gave me much comfort. Finally, only a sober look and an honest reflection on where we stand as a human race and where we can go from here proved to be an effective method of quelling the inner storm.

So where are we, then? America is in a state of social, political, and economic instability. So is Britain. And the rest of Europe. And large swaths of the Middle East. And Africa. And several countries in Asia. Central America is ablaze and Brazil may morph into the world’s next dictatorship. I honestly have no idea what’s up in Australia, but I hear they’ve been facing some of the usual issues as well: rising right wing and anti-immigrant sentiments, government corruption scandals, and waves of “toasty temperatures” due to global warming. So yay.

But if we were to dissect the chaos and broaden our perspective, we would come to realise that all events are, ultimately, inextricably linked. The looming recession in the U.S. (indicated by sharp undulations in the stock market) is directly connected to trade wars waged by the current administration, and its effect will be amplified by the gutting of the middle and working classes through draconian fiscal policies and the ruthless domination of the country by corporations.

In the Middle East and Central America, what perpetuates war and civil unrest in countries like Syria and Ecuador is often the interests of power-hungry leaders situated thousands of miles away from the actual area of conflict. These wars ultimately spawn waves of migrants seeking safety, who then feed the narrative of nationalistic factions in the host countries that drum up race-based paranoia among the locals.

Finally, it all boils down to climate change, and 2018 constituted a dismal indicator of the consequences of global warming. Signals came both in the form of alarming reports compiled by scientists, governments, and organizations such as the UN, as well through devastating droughts, floods, and wildfires that resulted in dire humanitarian and economic crises.

The destruction of dear mother Earth is thus undoubtedly the most crucial challenge, and risk, facing us. As indicated by the IPCC report in October, failure to get emissions under control in the immediate future and transition into a more sustainable economy will render the vast majority of this planet uninhabitable sooner than we think. Yet, leading governments, pressured by major corporations, do all in their power to scale back on climate policies and accelerate production of oil, placing the short term profit of a privileged few over the wellbeing and future of the entire human race.

It is not unreasonable to think, then, that a global bubble is in the process of bursting. Whatever is happening—it just isn’t working. Climate change ravages. Inequality cripples. Wars devastate. And perhaps what we are witnessing is not merely the spattering of governments and economies, but that of an ideology; a socio-political ethos that turned on its people and left the majority of humanity bereft and angry and hungry for change. Any change.

Will 2019 bring us a step closer to a global transition? And if so, what would it look like? Will right wing nationalists have their way? Will oil giants succeed in quashing the sprouting climate policies? Or will those pushing for more humane and sustainable agendas manage to tame the horror and damage?

Although we often forget it, the answers to such questions ultimately lie with us. It is easy to feel intimidated and overwhelmed by world events; yet as humans we are endowed with tremendous power to challenge and inquire and demand. History shows that such powers can translate into significant action once people are united in their message and goal.

And so as we stride into 2019, let us be conscious of our agency. Let us remember that our fates and paths are intertwined. Technology, and smartphones in particular, seem to wrap us in bubbles of loneliness and indifference. Yet, if we choose to, we can utilise them to achieve just the opposite: a global network comprised of individuals who are alert and engaging and committed to the prosperity of all.

In his book The Age of Discovery, the economist Ian Goldin contends that there are enough resources on the planet for us all to share. He argues that the inclination of most of us is to reach a state of cooperation and that globalism is on a trajectory that’s expected to further evolve and expand. Yet he also mentions that this phenomenon will inevitably result in forces pulling us in the other directions, namely separatism, protectionism, and nationalism. I suppose it is up to us to determine which of the forces will prevail. It all depends on how calm and aware we can remain throughout this turbulent process.

I, for one, have hope for our future. 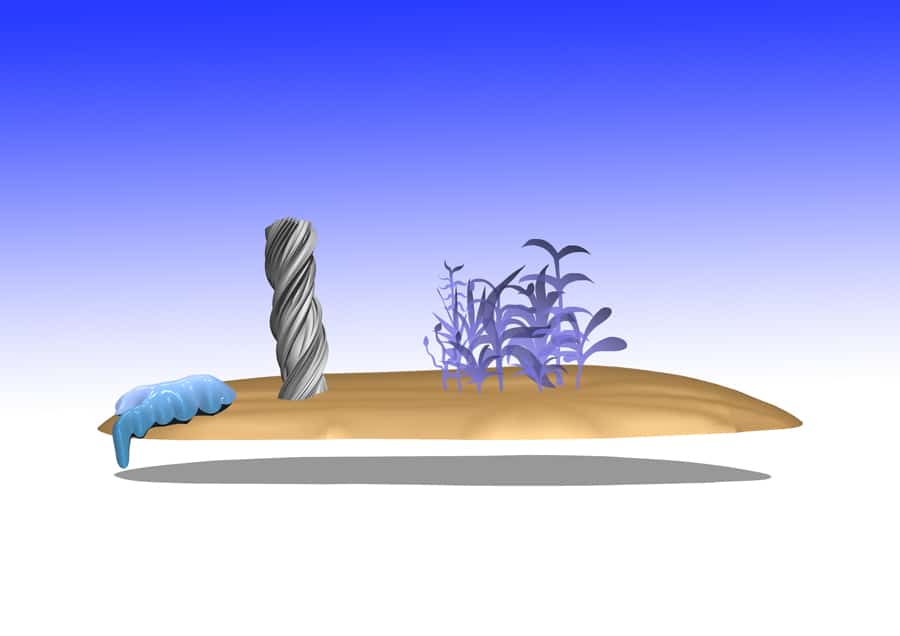 2019 marks the first record deal signed with an algorithm ever

The realm of music, as we know, is ever changing. The democratisation of streaming platforms, as well as the sheer content now available due to the Dot-Com Boom, has created mass music communities—making it available for everyone to create, and accessible for everyone to listen. So what’s next for the realm of entertainment? According to one global and robust label company, it’s music albums that don’t need musicians at all.

What was the last song you were listening to? How did it make you feel? Would you care if it was written by an algorithm? Paving the way into the future, Warner Music recently signed the first ever major music deal with an algorithm. The application itself is called Endel, a German mood music app with a mission to create personalised songs within “under-served genres” as the company describes.

The humans behind the product are a mix of artists, scientists and techies who have attracted the attention from now-investors Jillionaire from Major Lazor and the Amazon Alexa Fund. With five albums already released, the application is focused on creating tunes that take into consideration your own requirements, as well as time of day and weather. Fine tuning specifications add an interactive component for listeners—arguably a sort of creative process of its own. The application’s current albums are focused on producing content to help users with different types of sleep patterns, with impact metrics claiming to increase productivity and decrease anxiety. The accuracy of these metrics should be taken with a grain of salt but demonstrate a future blend of science-based and purpose-based approach to music.

In an era where we have begun personalising anything and everything around us, it was only a matter of time before technology seeped into making the realms of music in hopes of producing an efficient, purpose-driven, and client-specific final result. Though not yet possible, the future could feature perfectly catchy pop-bangers, or heartbreaking ballads generated just for you, within seconds. And as expected, the world of algorithmic music software and data-driven personalisation is just beginning to be explored, with tech giants like Google, Spotify and IBM all currently tinkering with AI software to better create music for future listeners.

Criticism of this form of scripted and robotic process—as expected—seems to focus on how this method of AI-generated music takes away from some of the key drivers that excite music lovers. Creativity, newness, and rawness all contribute to the idealistic image we have of our favourite artists. Music, much like any creative expression, is a reflection of our times—across politics, social advancement and global development. And naturally, the fear of an AI not being able to capture this perception is understandable. Will we like the songs a little less if we know they’re made by lines of script? Is it terrible if we don’t?

Within a few years, the personalised songs and the convenience and enjoyability will be something I’m sure myself, and millions of others will greatly appreciate. Looking back, we’ll assess how different the music landscape was, but I’m sure there will still be many similarities and values that hold true. The all-encompassing world of music demonstrates our society’s value of its creative potential. The idea that AI can do anything creative, and potentially better is unsettling. Though this fear may seem distant, the sci-fi potential is closer, and already more integrated than most assume.

Maybe, in the future, human creativity will be enhanced by AI technologies, with creations and products not yet imaginable. If that’s not the case, then hopefully, I can still find solace in knowing that even though the song itself wasn’t written by a human, at least the code was.