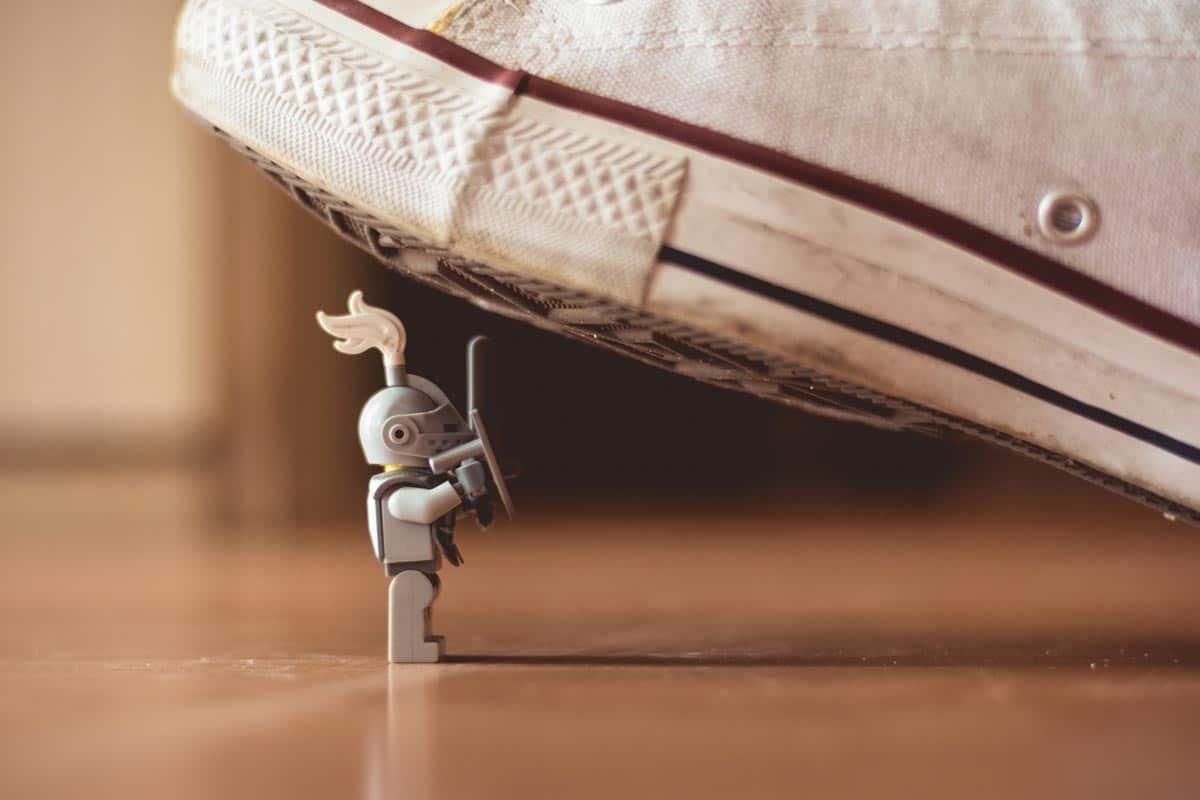 Here’s what the new LEGO and IKEA collaboration looks like

What is the new LEGO and IKEA collaboration about?

IKEA and LEGO have finally collaborated, and now that they have, we feel like it was overdue because it just makes so much sense! The two brands’ new storage boxes are called BYGGLEK and will be officially launched around the world on 1 October.

Fredrika Inger, the business area manager for children’s IKEA explained to Brick Fanatics where the new collaboration came from: “It started with an invitation from the LEGO Group ‘Do you want to play?’. Of course we said yes to this and together we now want to enable more play by triggering play in the functionality of the everyday life. At IKEA we first and foremost want to resolve this built in or maybe just perceived conflict that play is messy in a creative, humanistic and playful way.”

The new storage box range, which has taken the companies two years to make, has already turned up at an IKEA branch in Germany to be tested out. Each box is made up of a base and four plastic walls that slot together, and the lid features the studded canvas of a lego board, which you can then customise by adding your own lego designs, but also—you can stack the boxes on top of each other so they won’t fall.

A designer at IKEA, Andreas Fredriksson, says that “At IKEA, we always believe in the power of play. Play lets us explore, experiment, dream and discover. Where adults often see mess, children see a stimulating creative environment, and BYGGLEK will help bridge the gap between these two views to ensure more creative play in homes around the world.”

What are the BYGGLEK boxes for?

Essentially, these boxes are just that: boxes that function as such. But they double up as an encouragement to play with the LEGO pieces that used to be in every child’s room back in the 90s. Nowadays, with tablets and phones, kids are playing without screens less and less.

The range of boxes come in four different sizes, as well as with a set of LEGO and a starting price of $9.99. “BYGGLEK is more than boxes. It is storage and play intertwined,” said LEGO designer Rasmus Buch Løgstrup. Will these boxes just be bought for storing LEGO pieces and not for anything else? Maybe. Does it matter? Not really. This might be the end of painfully stepping on unpacked LEGO pieces. 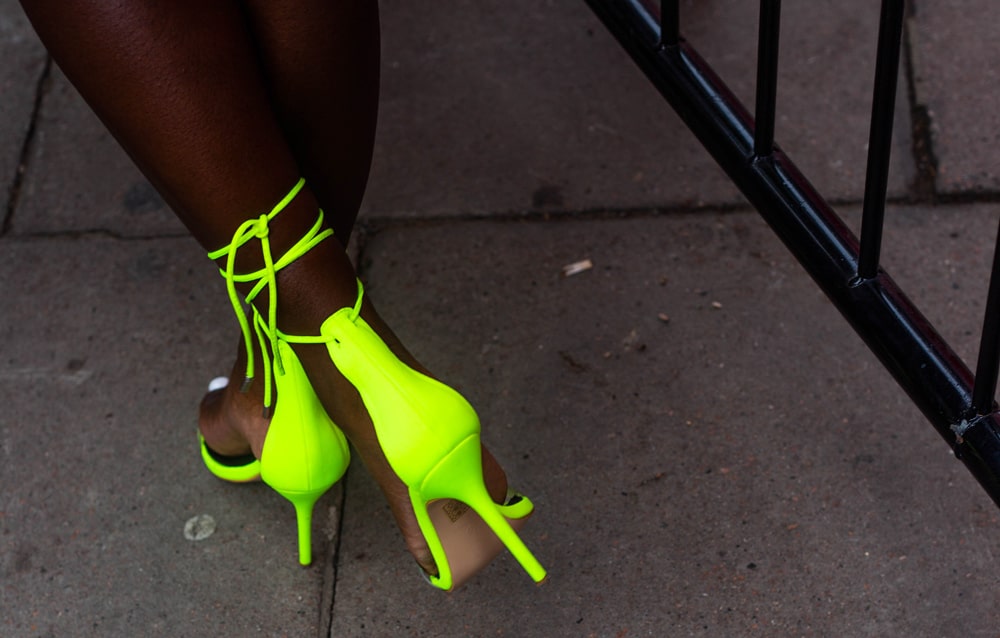 LEGO, Glossier, Fenty, Nike and Monki’s incredible responses to the BLM protests and how L’Oréal messed up

While the Black Lives Matter protests continue, it is impossible for culture-shifting brands to stay quiet, especially if they want to keep their loyal customers and community intact. A decade or so ago, brands might have been able to get away with laying low on political statements and staying out of divisive topics—because they did not want to risk losing any customers. But today, if you are a brand and you don’t stand for something, then you will most likely lose your new gen community.

Here are 5 companies that got it right. Keep on reading for a bonus round at the end of the article, where a company got it really, really wrong.

Everyone’s favourite childhood brand LEGO has paused all advertising of its police officers toys line and sets on Blackout Tuesday, as the company makes it public that it “stands with the black community against racism and inequality.”

But the extent to which the company has paused or cancelled its marketing spend and sales on the sets has gained false coverage across media sites and social media. It was widely reported that LEGO pulled the plug on all sales of the toy sets as well as ad spends, but this has now been clarified to be false.

According to LEGO’s tweet on 4 June, “We’ve seen incorrect reports saying we’ve removed some LEGO sets from sale. To be clear, that is not the case and reports otherwise are false. Our intention was to temporarily pause digital advertising in response to events in the US. We hope this clears things up.”

Okay, so LEGO, who has notoriously been silent about political issues for the past several decades has not gone all out and removed police officers from its toy lines. But it has, in turn, also donated $4 million to several (unspecified to date) non-profit organisations supporting the Black Lives Matter movement and black lives in the US.

Glossier, the new gen makeup and beauty brand that always seems to ‘get it’, has equally hit the nail on the head with its response to the protests and George Floyd’s murder. In a very Glossier-esque manner, the company issued a statement on its Instagram account on 1 June, announcing that the company stands with the Black Lives Matter movement.

In addition to following the call out for Blackout Tuesday and not posting any content for the past five days in order to allow the amplification of black voices and information about the protests, Glossier also announced it will be donating $500,000 to organisations focused on combating racial injustice. The list of organisations included Black Lives Matter, The NAACP Legal Defence and Educational Fund, The Equal Justice Initiative, The Marsha P. Marshall Institute and We Are The Protestors.

Led by founder and CEO Emily Wiess, the millennial who founded the now billion-dollar company off the back of her hit blog Into The Gloss, always leads Glossier with a deep understanding of what her customers and community care about, and in turn, what the company cares about too.

Nike launches historic: “For once, don’t do it”

Nike is notorious for taking risks to stand behind (some) social justice. In 2018, following NFL player Colin Kaepernick’s kneel during the national anthem as a protest against police brutality in America, Nike ran a risky albeit bold global campaign that saw Kaepernick, who had then been removed from the NFL and his team the San Francisco 49ers, staring at the camera with a Nike quote reading “Believe in something. Even if it means sacrificing everything.”

As expected, Nike was not going to sit this one out either—having already taken such a bold statement on Kaepernick’s mission and activism. On 31 May, Nike published a controversial video, urging its community and the world to “For once, don’t do it.” Calling on us all to stop pretending there isn’t a problem in our systems and societies.

While Nike’s track record for the care and regard for human life is questionable (let’s not ignore the brand’s infamous Chinese sweatshops), we cannot deny the power of this campaign.

Spearheaded by Rihanna, who has publicly spoken out about police brutality and racial injustice in America before, Fenty announced that it is closing its business during Blackout Tuesday. Fenty was absolutely not alone in pausing sales throughout the day, as hundreds of other brands and businesses claimed to do the same.

Alongside its pause of sales, Fenty announced on 3 June that it will be donating funds to Color of Change and Movement for Black Lives.

Monki shares resources and funding campaigns to its customers and followers

Monki, the fashion brand on a mission to empower the new gen, also stands in solidarity with the black community. In a post published on Monki’s Instagram account, the brand commemorated the recent victims of racism in the US and announced it was donating to organisations that fight against racial injustice such as the NAACP Legal Defense Fund, Color of Change and ACLU.

The brand also posted a second Instagram post aiming to educate its followers on 10 anti-racism terms to learn. The short guide is a practical resource for people to learn from and share. Monki admitted that although the list might be a drop in the ocean when it comes to educating ourselves and continuing our efforts to create meaningful impact to support the black community, it’s a place to start.

Monki further encouraged its followers and customers to share other important educators and resources they think the brand should support.

Bonus round: L’Oréal, the company that got it really wrong

You thought we’d leave you without mentioning L’Oréal? That’s not our style.

L’Oréal Paris, of course, joined the gang in issuing a generic if not hollow comradeship statement on the company’s Instagram account on 2 June, reading ‘Speaking out is worth it’, which is an unmissable tongue-in-cheek twist of the company’s iconic ‘Because you’re worth it’ slogan.

However, minutes after posting their statement, the company experienced immense backlash from users demanding L’Oréal issues a public apology to trans activist and model Munroe Bergdorf who it haphazardly dropped from a global contract.

In August 2017, Bergdorf became one of the faces of L’Oréal’s True Match diversity campaign, which set to launch a range of foundation colours that were diverse in their plethora of skin tones. But it didn’t take long before the model and activist was dropped after speaking out publicly in an Instagram post following the violent protests in Charlottesville.

Bergdorf did exactly what L’Oréal claims it ‘supports’: three years ago, she spoke out against white supremacy and white privilege. She did so in a manner that was educational and understandably frustrated. But Bergdorf in no way supported violence or hate crime. She used her position of power and influence to tell the world and her followers what white privilege means.

In response to L’Oréal’s sad attempt at jumping on the bandwagon, Bergdorf posted an Instagram post 48 hours after waiting for the brand to apologise to her, which never happened.

Sorry L’Oréal, you’re not worth it.